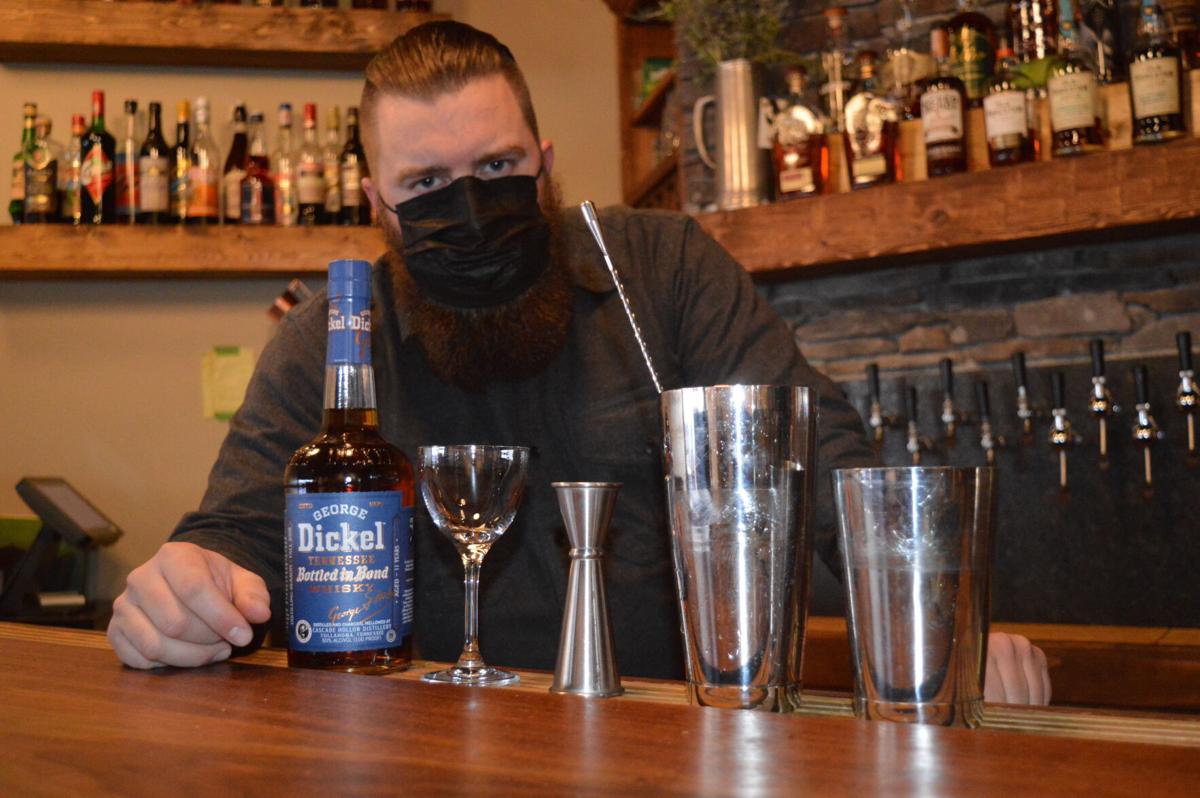 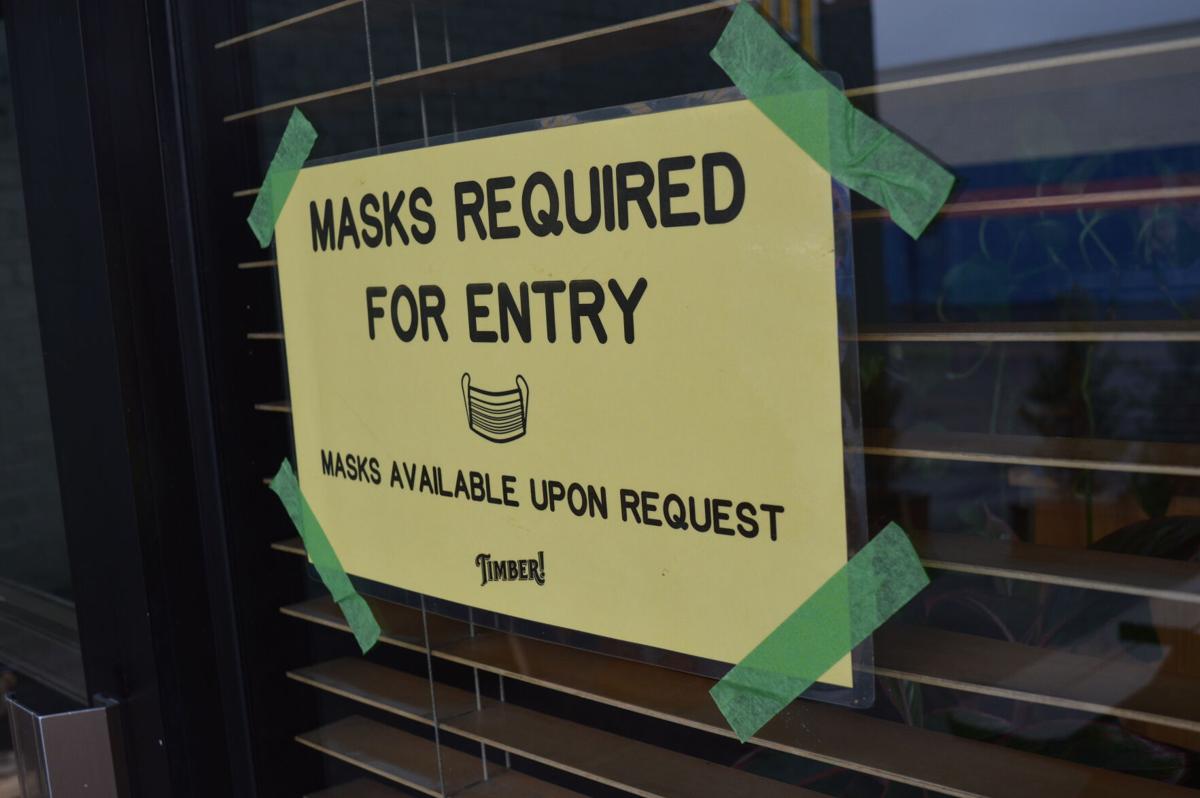 A sign taped to the window at Timber on Friday notifies customers that masks are required. 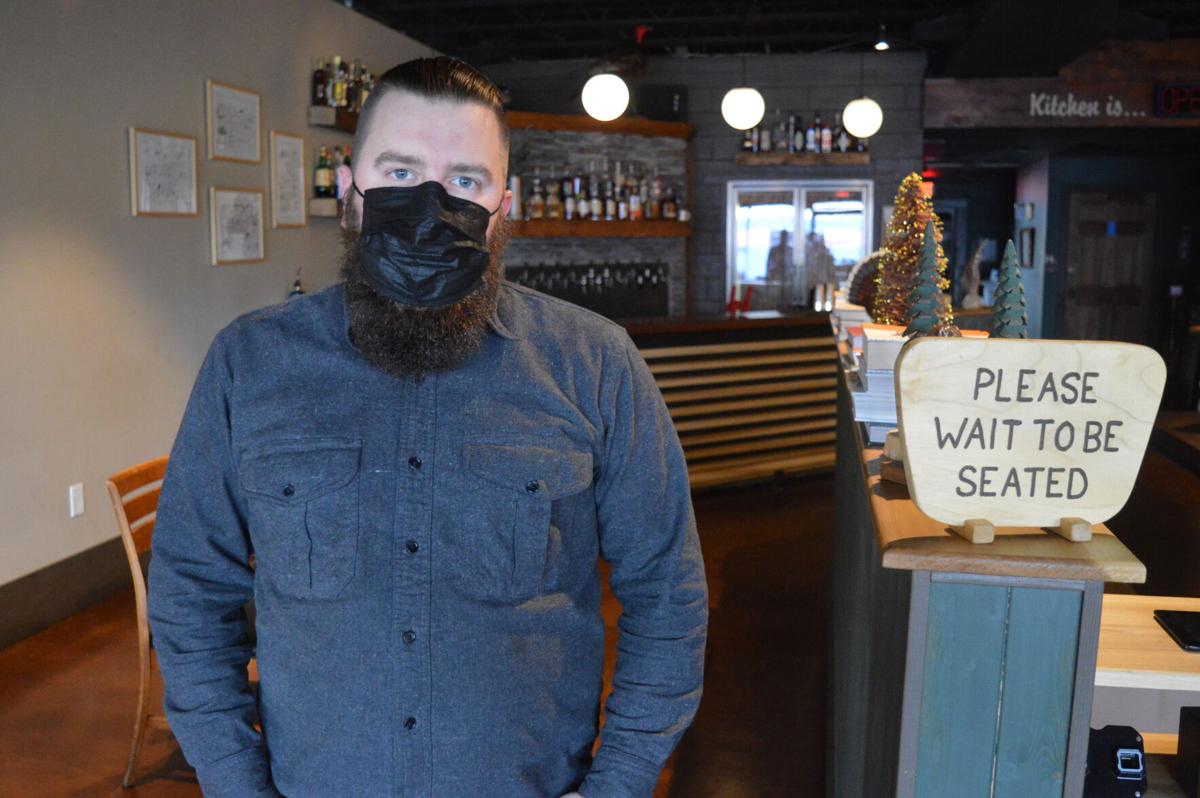 A sign taped to the window at Timber on Friday notifies customers that masks are required.

Businesses selling liquor onsite had until Dec. 31 to pay their annual privilege tax to Johnson City, a fee that for restaurants can be in the range of $600 to $1,000 depending on their seating capacity.

But one local restaurant owner is questioning whether it’s fair to charge those fees during a year in which public health officials have encouraged restaurants to cut their maximum capacity to reduce the spread of the novel coronavirus (COVID-19).

“It just feels like a bureaucratic entanglement,” said Nathan Brand, one of the co-owners of Timber on West Walnut Street.

According to city codes, restaurants with a seating capacity of 75 to 125 seats must pay $600 annually, which increases depending on the number of seats. At max, businesses with 276 seats or more pay $1,000.

This year, Brand said, Timber’s state license says the business has 88 seats, but he added the restaurant has been operating at a fraction of its maximum capacity and currently only has a few tables set up inside. Businesses submit their occupancy numbers to the state of Tennessee.

“If the city could forgive that tax it would such a boon to people like us,” Brand said. “$600 is a lot of money to us. We’re a tiny business.”

Johnson City Mayor Joe Wise brought the issue up during a City Commission meeting on Dec. 17.

Rather than forgiving the tax, Wise said recently, he’s hoping to see the city charge a fee that better reflects the occupancy restaurants have been encouraged to maintain during the outbreak.

“All I’m suggesting is that for the year we’ve encouraged people to be at 50% occupancy we don’t charge them like they’re getting to be at 100%,” he said.

City Manager Pete Peterson said that, as of 2003, state statute was modified to prevent the city from raising its privilege tax rate.

“We certainly know we can’t raise those privilege fees … and we have questions as to whether or not, if we were to lower those fees for a year, if we could legally raise them back to the existing amounts since the statute says that they can’t be adjusted,” he said in December.

He said city officials would need to do more research before they could provide a definitive answer to commissioners.

Peterson said Friday that the city hasn’t yet received a specific answer from the state explaining whether the city can re-raise the rate to normal levels if the city temporarily lowers it because of the pandemic.

“That’s the question we’re trying to get the answer to,” Peterson said.

This conversation occurs as restaurants across Tennessee, including Johnson City, are trying to stay afloat.

Jamie Dove, the owner of Main Street Pizza Company in Johnson City and Kingsport, said most independent restaurants are likely operating at a loss right now, and temporarily adjusting the privilege tax could be a fair way to help local business owners.

He noted that the fee isn’t a huge amount of money, but every little bit helps, especially for smaller, independent restaurants.

“If the city can get a little relief going, that would certainly help some people,” he said, but if not, there might be other ways to save more money.

Dove said Main Street Pizza Company is still allowing in-person dining, but it currently has very few tables. He estimated that the business is operating at around 30-35% capacity.

Because many people have neglected to follow health precautions, Dove said, the COVID-19 outbreak been a “long trudge.” He is optimistic, however, that the stimulus package Congress recently passed will extend how long businesses can hang on.

But if the pandemic continues longer than anticipated, Dove said, communities will lose more and more independent restaurants on a weekly basis.

According to the National Restaurant Association, Tennessee was one of 36 states in the U.S. that lost restaurant jobs between October and November. The state’s employment at restaurants plummeted from 266,200 in February to 154,000 in April. The numbers have been ticking back up throughout the remainder of the year, but employment in November stood at 247,000, which is still roughly 7.2% lower than it was in February.

In December, the Bureau of Labor Statistics reported employment in the leisure and hospitality sector in the U.S. dropped by 498,000, with three-quarters of that decrease — 372,000 jobs — attributed to declines in food service and drinking places.

“It’s not up for debate whether the restaurant industry is the hardest-hit industry in all this,” Brand said. “It’s just a fact.”