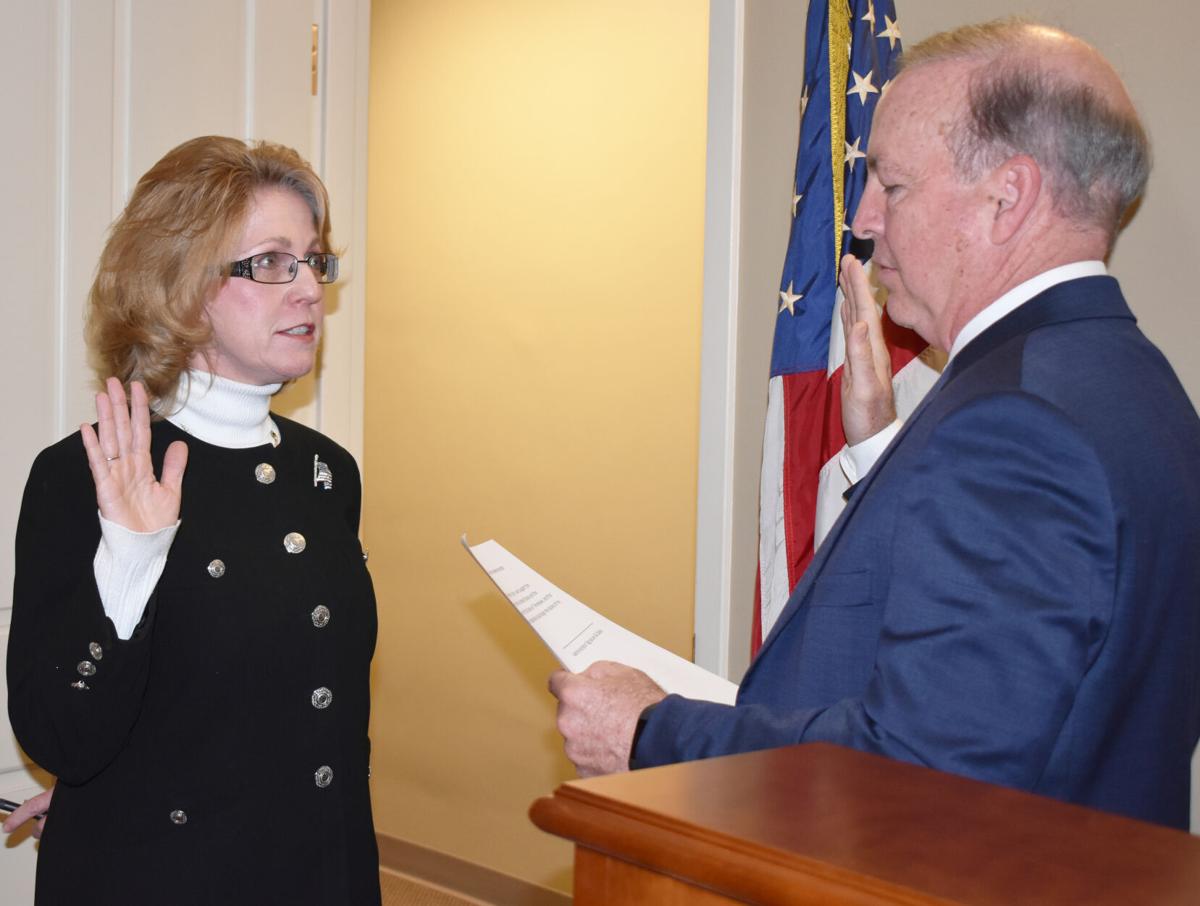 Gary McAllister, the chairman of the Washington County Election Commission, swears in Dana Jones as the county’s new administrator of elections on Thursday. 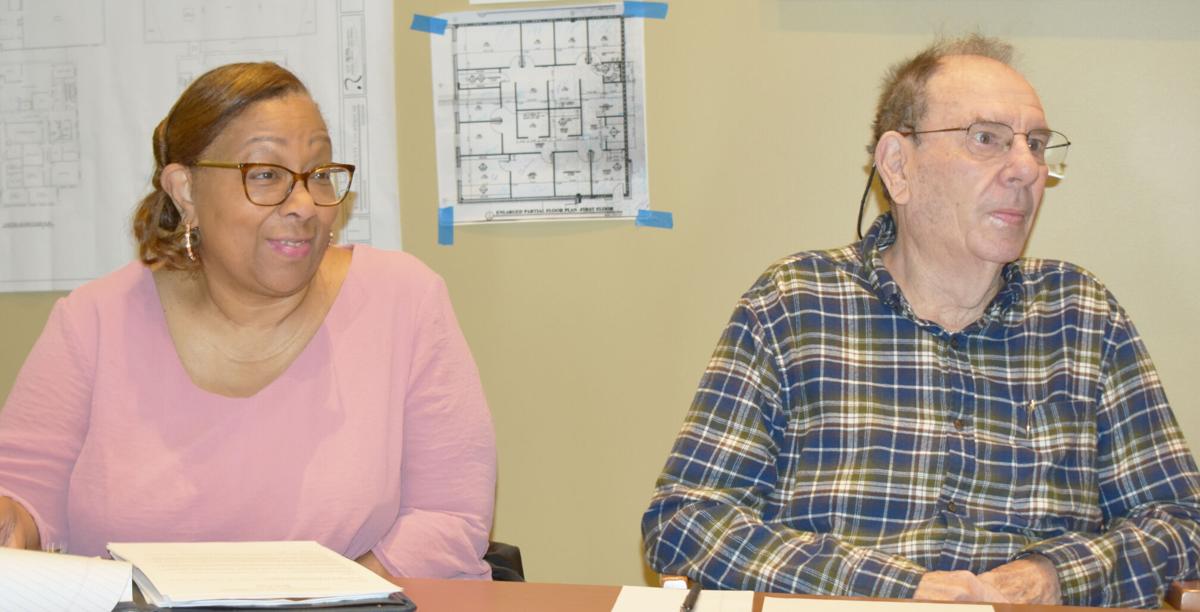 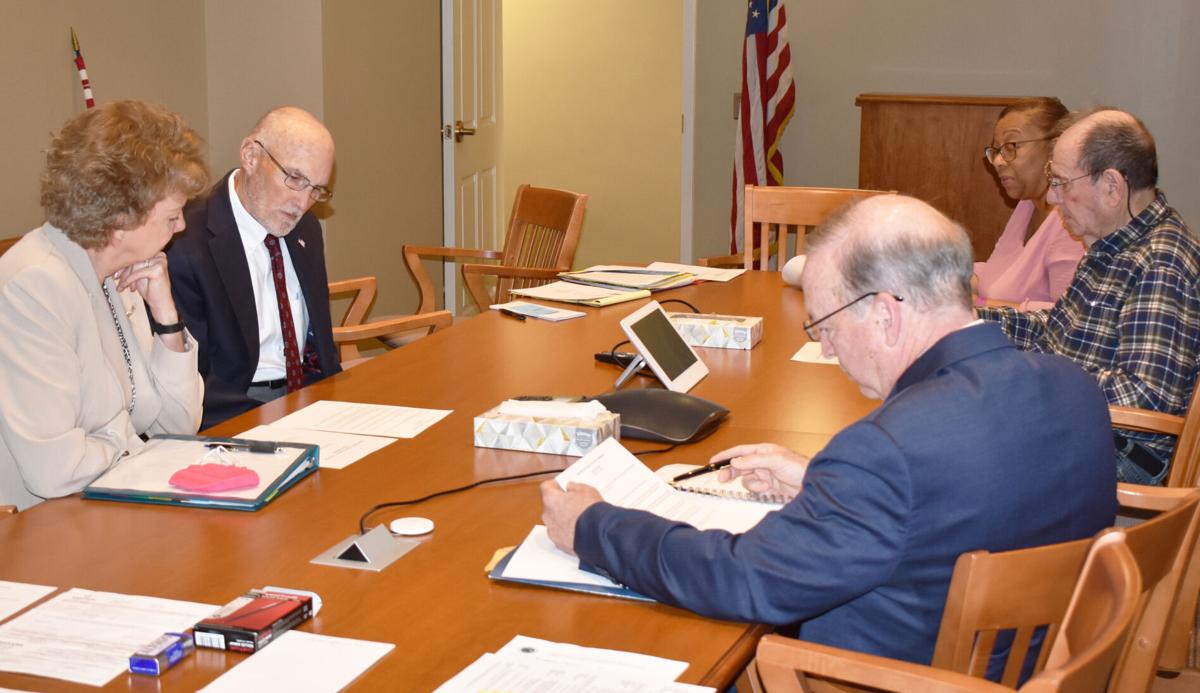 Gary McAllister, the chairman of the Washington County Election Commission, swears in Dana Jones as the county’s new administrator of elections on Thursday.

It their first meeting as new members of the Washington County Election Commission, the panel’s three Republican designees voted Thursday to name a new administrator of elections.

Election Commissioners Phyllis Fox, Gary McAllister and John Abe Teague, who were appointed by the Tennessee Election Commission to serve as GOP representatives on the board last week, voted to make Dana Jones the county’s next administrator of elections.

Jones will succeed Maybell Stewart, who retired from the position last month.

Davis, who was re-elected as secretary of the board, said she felt “blindsided” by the motion for Jones to fill the position. She told her colleagues that she would have preferred the commission had reviewed the resumes of other possible applicants for the position.

“As election commissioners, we have to set a tone,” Davis said. “For true transparency, I would have liked to have been told this was going to happen today.”

McAllister, who was named the new chairman of the board Thursday, said the commission was well within its legal authority to appoint an administrator as it sees fit. He added it was not the intent of the Republican majority to show “disrespect or to blindside” any member of the commission.

Teague, who made the motion to appoint Jones as administrator, said he and his GOP colleagues did their “due diligence” in vetting Jones for the job. He said Jones, who has spent most of her professional career in marketing and pharmaceuticals, had originally been considered as a possible member of the Election Commission.

“She has the talents we need for the job,” Teague said. “She has vision, and has been a team leader and a mentor at the companies she has worked for.”

Jones told election commissioners she could put partisanship aside to do the job of administrator. She said her allegiance is to “God, country and Washington County,” and she promised to be “fair to every registered voter in Washington County.”

Election officials also heard Thursday from Wilma Nolen, the chief deputy in the election office, who had been named by the former Election Commission in March to succeed Stewart in the administrator’s role. That decision was made when Janet W. McKee, Patti Jarrett and Jon Ruetz served as Republican members of the board.

Nolen said she asked that appointment be rescinded “out of respect for the new members” in order to give them the opportunity to review her resume and that of any other applicant for the administrator’s job.