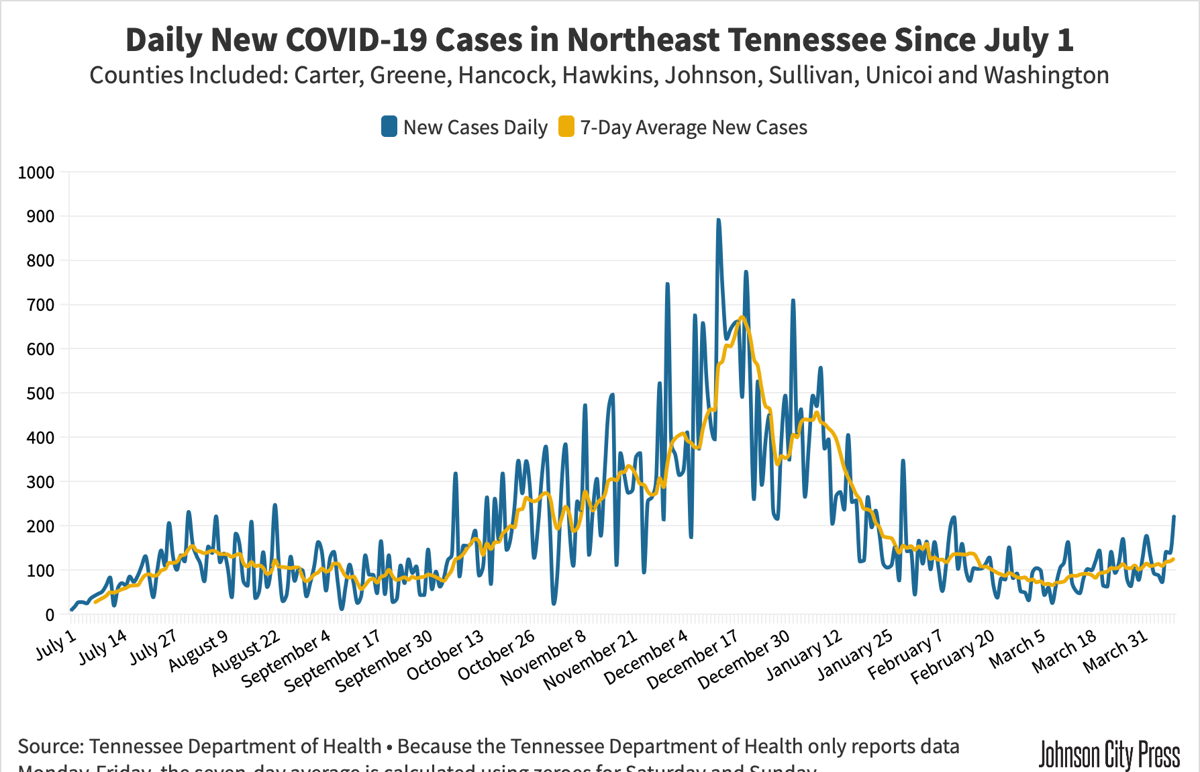 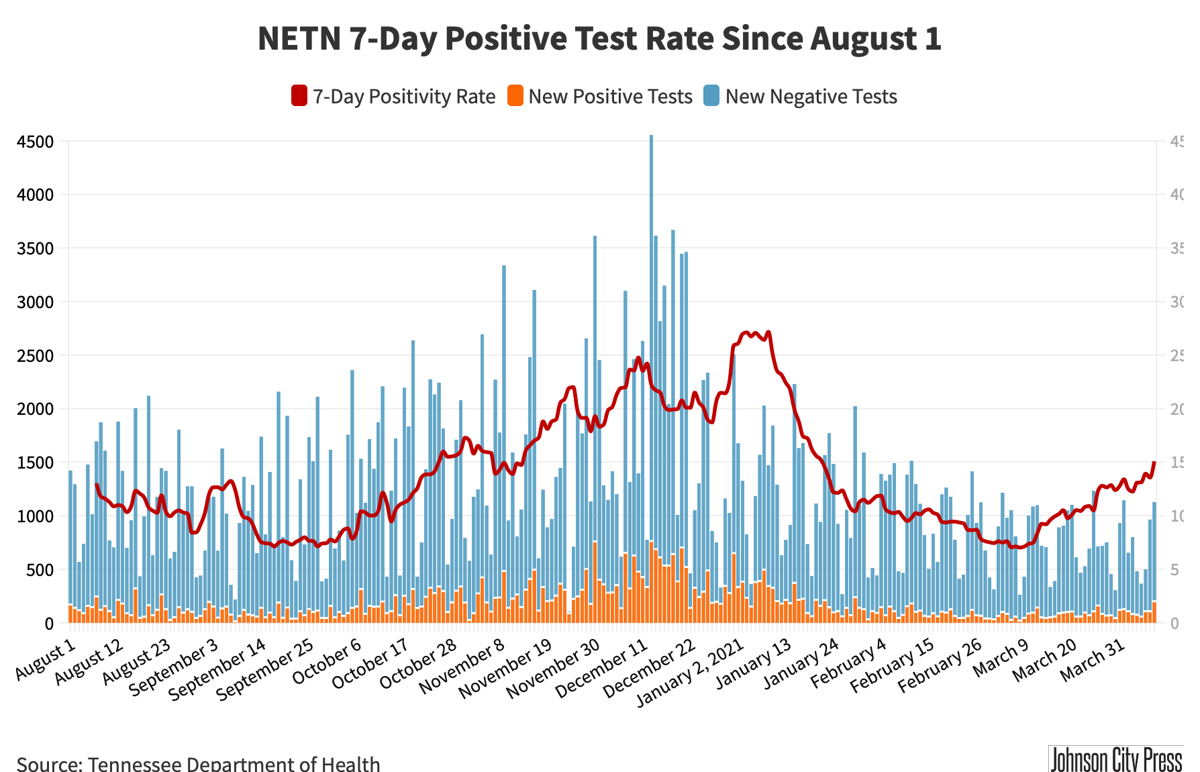 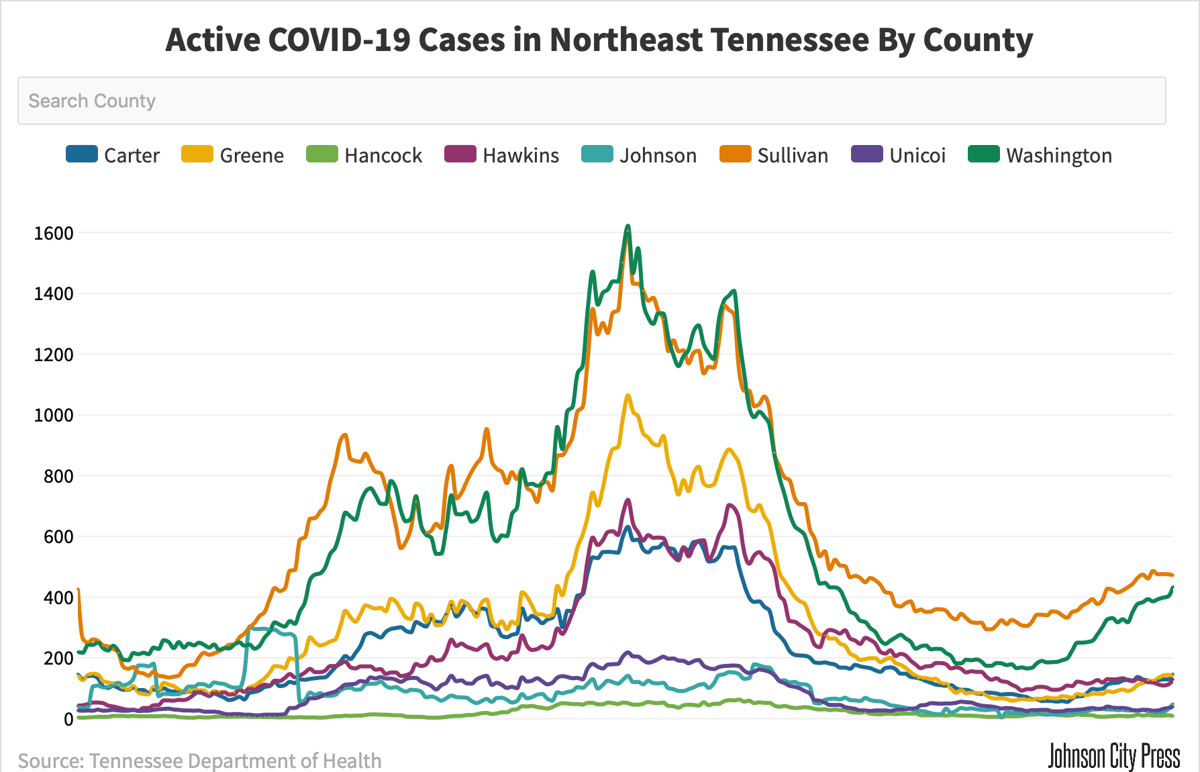 The surge brought its seven-day new case total to 272 — 50 more than neighboring Sullivan County which has a slightly larger population.

Since hitting a low point of 65.2 on March 8, the region’s seven-day new case rate has nearly doubled.

Active cases, which were at 1,405 as of Thursday, have also seen a sharp increase since early March — increasing by 90.8% since hitting a low of 736 on March 10. Sullivan County (470) currently has the most active cases in the region, though Washington County has seen its active case count (432) grow at three times the rate of Sullivan County’s over the past two weeks.

Northeast Tennessee’s seven-day positivity rate, which has been on the rise since early March, climbed to its highest rate since Jan. 21 on Thursday, crossing the 15% mark for the first time in 77 days. That rate has more than doubled since hitting a low point of 7.02% on March 8. Washington County had a daily positivity rate of 22.4% on Thursday, just behind Sullivan County’s rate of 24.12%.

Nations around the world set new records Thursday for COVID-19 deaths and new coronavirus infections as the disease surged even in some countries that have kept the virus in check. The full story can be found on A9.

Where Can I Vaccinated?