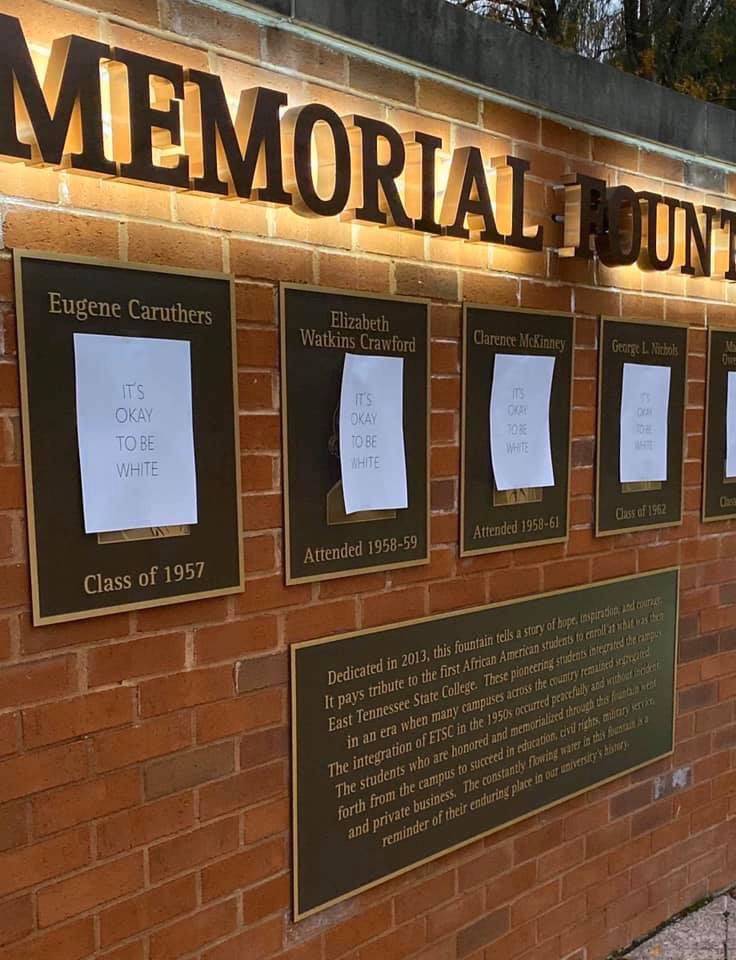 This photo, contributed to the Press, shows multiple "It's Okay To Be White" flyers covering the faces of East Tennessee State University's first African American students to enroll in the university on Friday, Nov. 1, 2019. 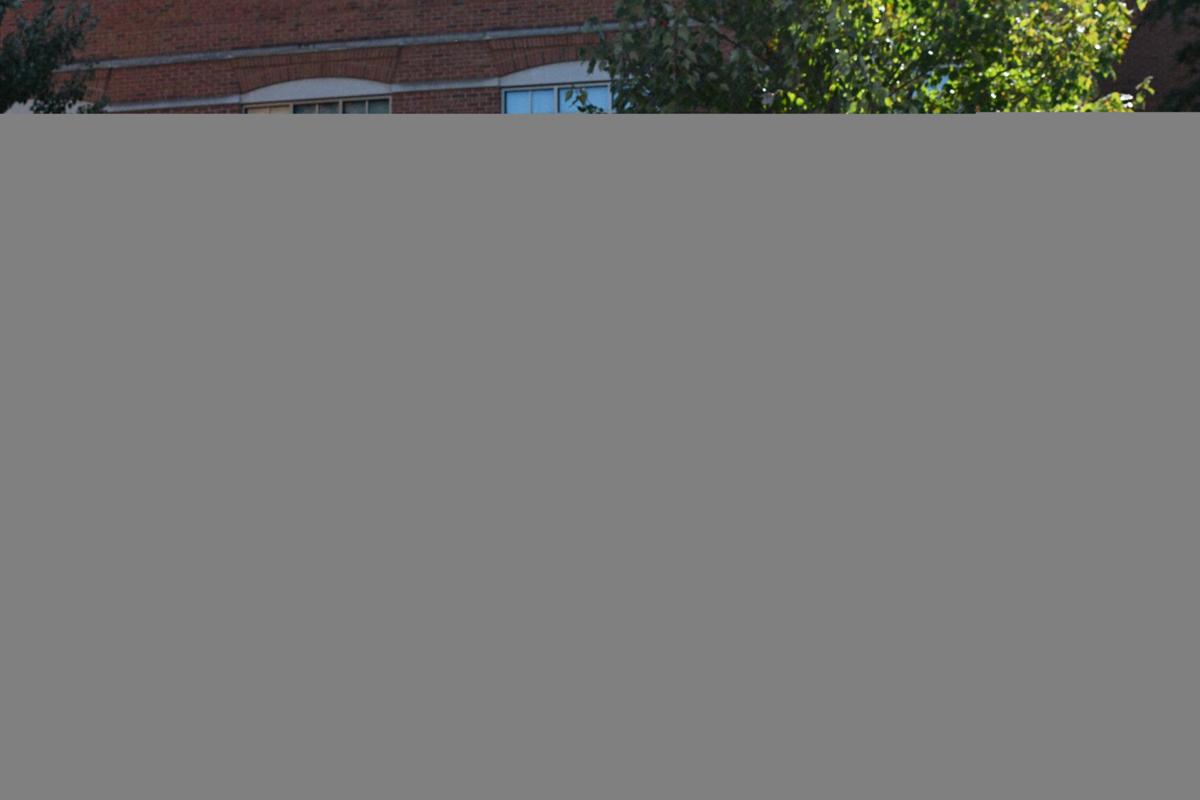 This photo, contributed to the Press, shows multiple "It's Okay To Be White" flyers covering the faces of East Tennessee State University's first African American students to enroll in the university on Friday, Nov. 1, 2019.

UPDATE: Washington County Democratic Party Chair Kate Craig and NCAAP Treasurer and host of Black/White Dialogue Ed Wolff are speaking out against the placement of multiple ‘‘It’s Okay To Be White’’ flyers placed around the campus of East Tennessee State University and covering a memorial dedicated to ETSU’s first African-American students.

In a statement to the Press, Craig denounced the fliers as “racist,” saying that “defacing a memorial dedicated to the first African American students to enroll in East Tennessee State College is not who we are.”

These people acted in the shadows to elicit fear in the community, specifically targeting ETSU’s African American population,’’ Craig’s statement read. “As a community, it is our job to stand up and say this is not okay. That this is not who we are. Y’all means all. These mountains are everyone’s mountains and ETSU is a place for every student who wants to learn and build a community in Northeast Tennessee.”

Wolff, meanwhile, said he feels America “has not resolved the racism issue and that, because of the atmosphere of this nation, it is becoming permissible and acceptable to do the kinds of things that happened at ETSU” Friday.

“It’s about time that the African Americans in this community be accepted as equal, with rights of equity, and not be treated with this kind of hate,” Wolff said. “I feel anger, but I believe this is an organized attempt by the white supremacy movement and it’s affecting us here.

“I think we (as a community) need to respond quickly and firmly that is intolerable,” Wolff added.

Stay with the Johnson City Press as we continue to follow this developing story.

Noland said the fliers were found across the campus, including five found covering a memorial dedicated to ETSU’s first African-American students.

The fliers were placed over plaques bearing the names and faces of the students. Noland said 17 faculty and staff members spent more than two hours Friday morning taking down the fliers, calling them “an affront to the university as a whole.”

The phrase “It’s Okay To Be White” was popularized on the website 4chan in late 2017, but, according to the Anti-Defamation League, has been used by white supremacists for years. The fliers also appeared on multiple college campuses in 2018, around the same time as this year.

“I was beyond upset yesterday and I’m still mad today,” Noland said. “This is not who we are.”

Noland also referenced an incident on campus two years ago, when racist fliers were posted to cover up posters advertising a lecture from Black Lives Matter co-founder Opal Tometi. Several of those fliers also read “It’s Okay To Be White.”

ETSU Student Government President Aamir Shaikh, who knew of the fliers but had not seen a photo until the Press showed him, said the image “doesn’t represent the values for our campus.”

“I don’t have the context, but there are ways of expressing free speech, and that was not an appropriate manner to do that,” Shaikh said. “I just want to say (to minority students), you’re appreciated, you’re a necessary part of this campus and you’re a voice that needs to be heard.”

The university has not yet issued a statement to students, faculty and staff, something Noland attributed to the university “wanting to get its facts straight” and that they’ll issue a formal statement “next week.”