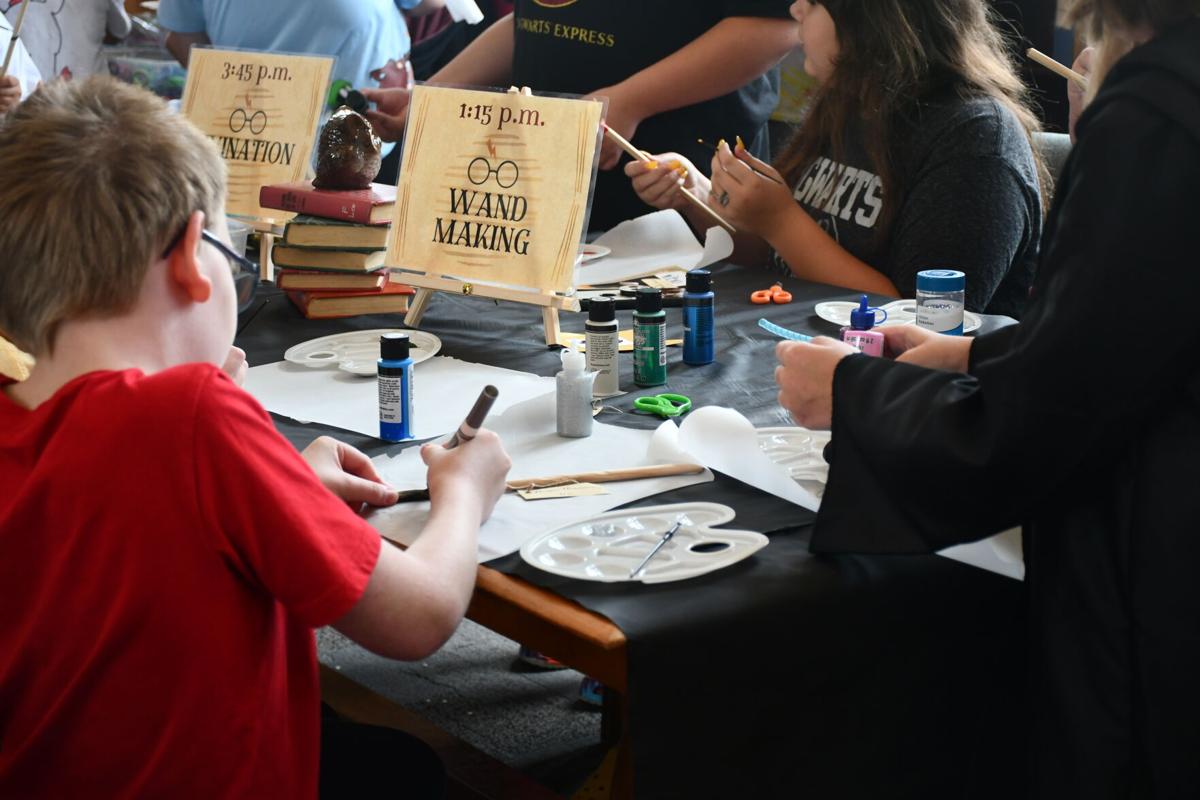 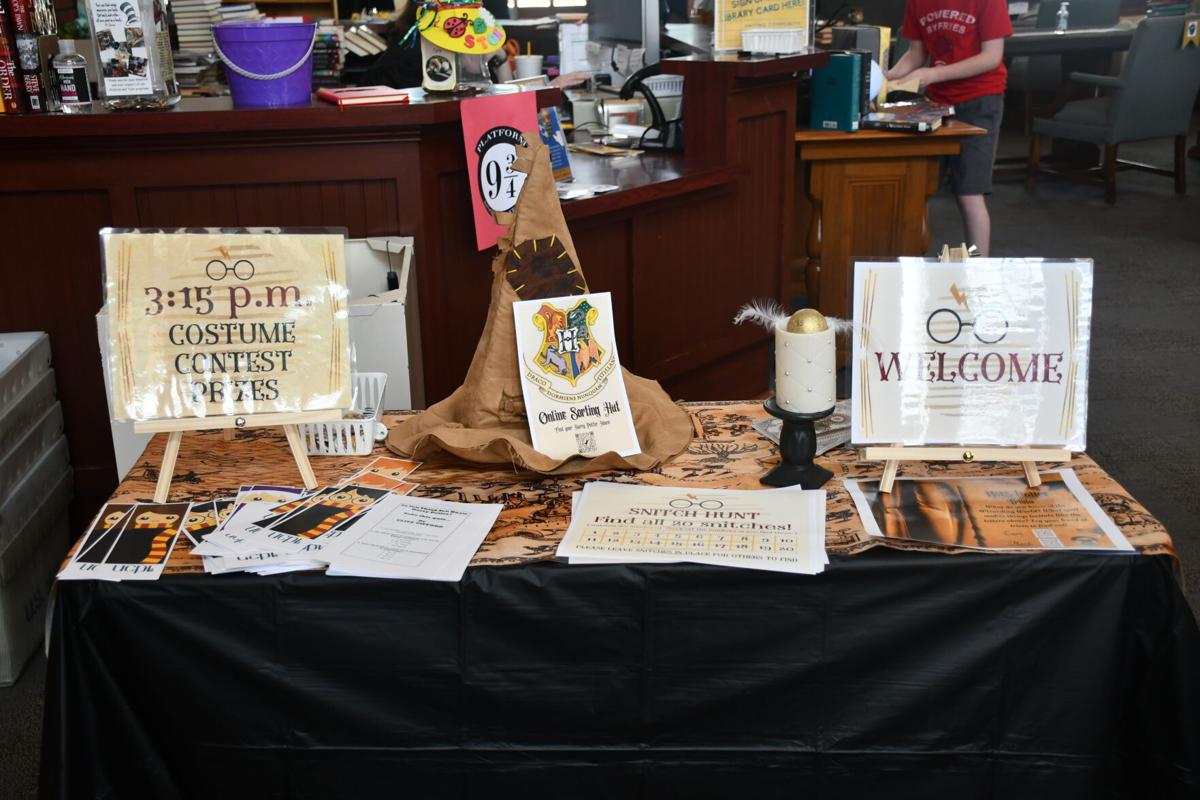 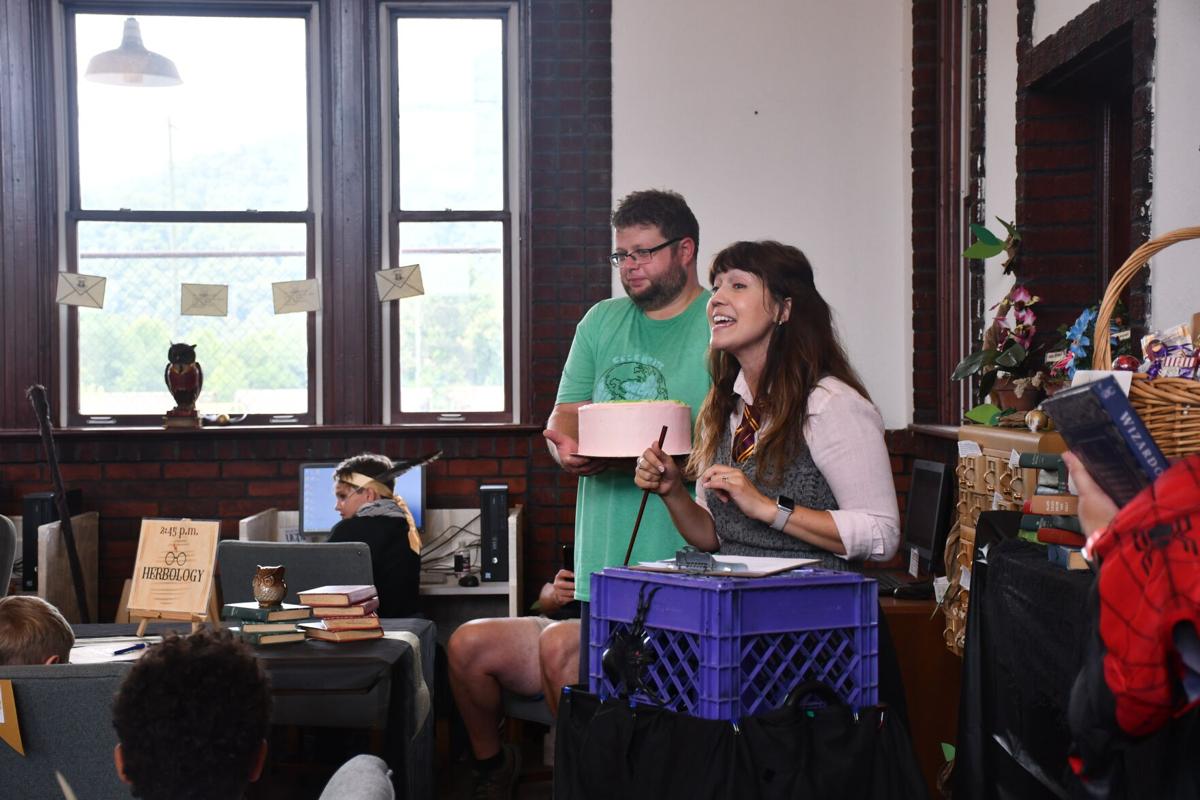 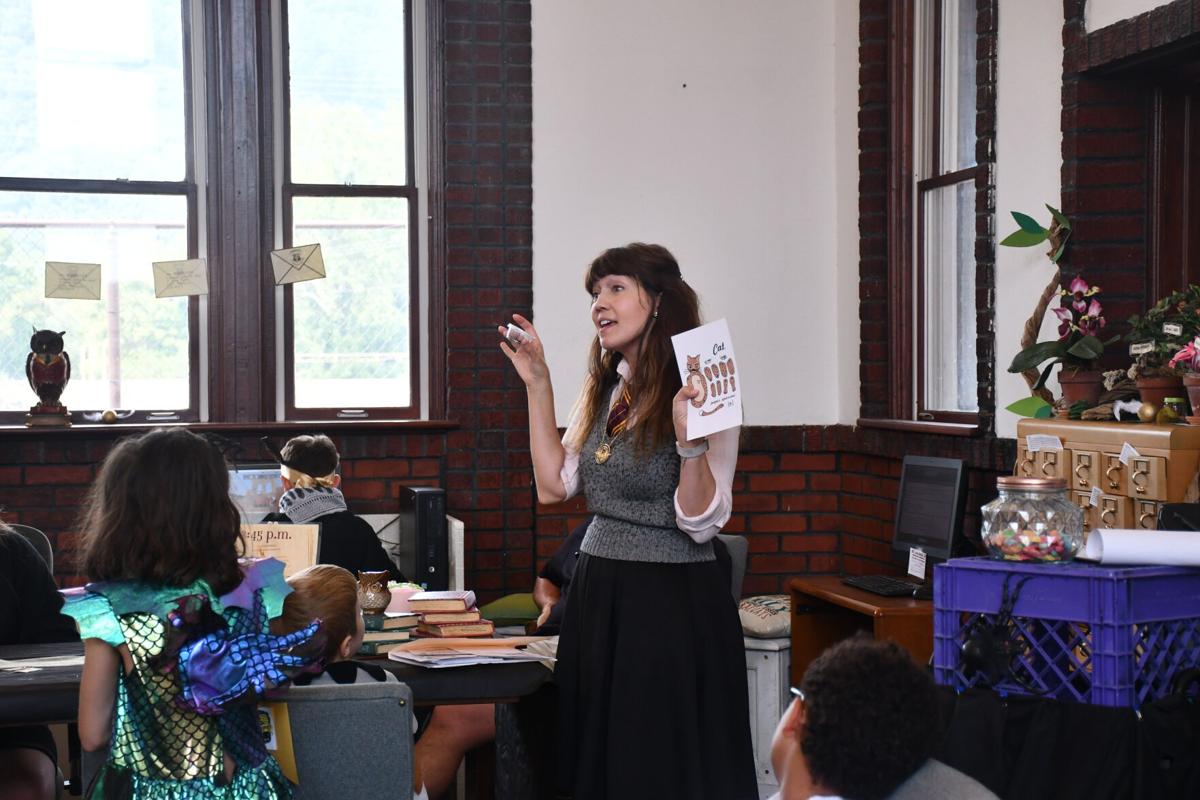 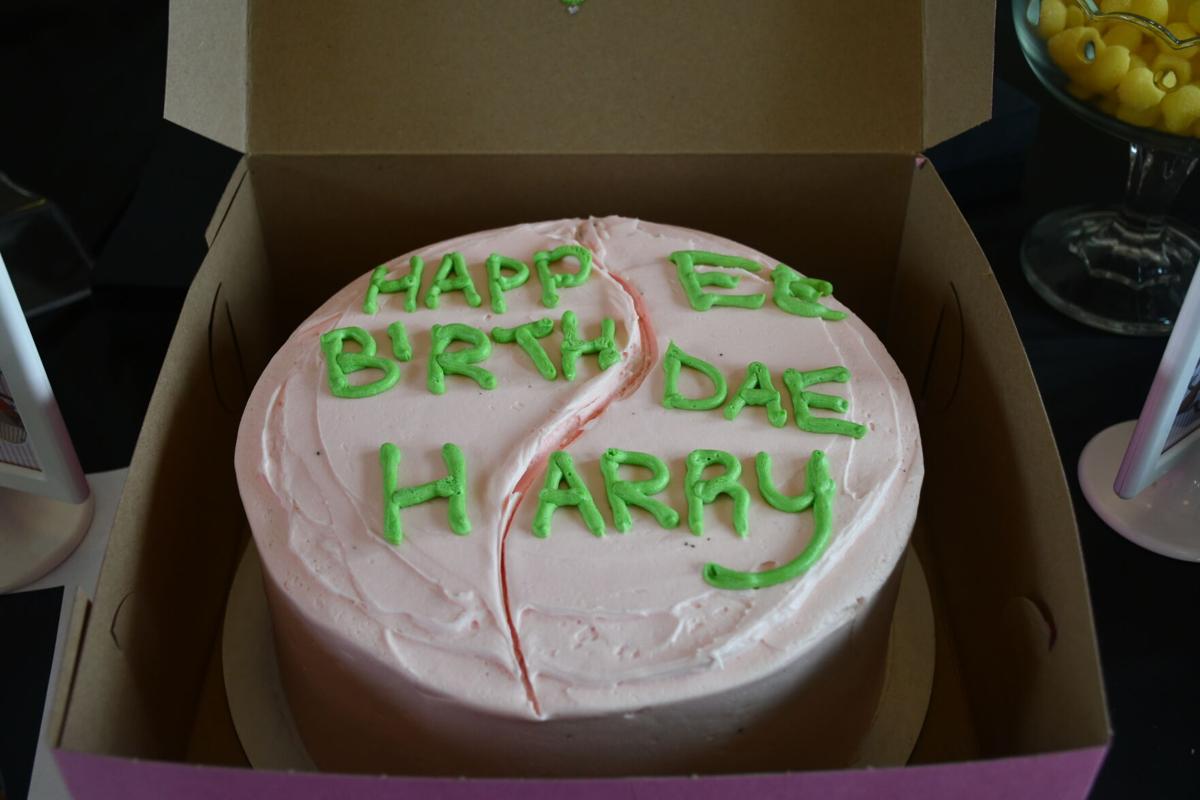 Whisk Bakery provided a birthday cake for the party. The cake is a replica of the birthday cake featured in the movie "Harry Potter and the Sorcerers Stone." 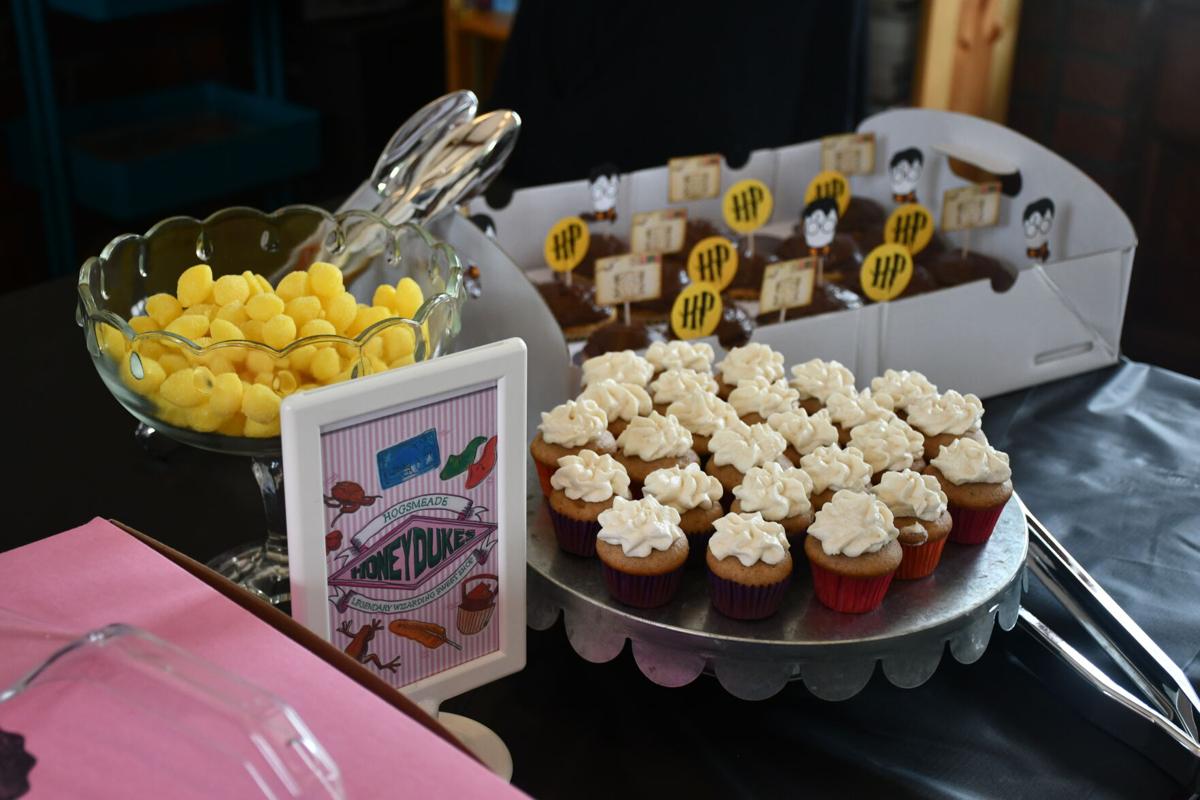 Whisk Bakery provided a birthday cake for the party. The cake is a replica of the birthday cake featured in the movie "Harry Potter and the Sorcerers Stone."

ERWIN — The Unicoi County Public Library was filled with magic on Friday as visitors of all ages gathered to celebrate the birthday of fictional wizard Harry Potter.

While the literary character’s birthday was actually Saturday, the party was held on Friday to avoid competing with other local events.

Guests could participate in a number of magical activities and crafts inspired by the “Harry Potter” series, including wand making, a care of magical creatures program and slime potion making.

“We have all of these stations set up with the supplies at hand, ready to create all of this magic here at Hogwarts — formally Unicoi County Public Library,” said UCPL Director Selena Harmon.

In addition to the scheduled activities, party guests could also participate in a golden snitch scavenger hunt, play a game of wizard’s chess, snap a photo at the selfie station or watch the “Harry Potter” movie marathon going on in the library.

There were also prizes given out for the best costume, and Whisk Bakery provided a movie replica birthday cake for the party.

“Harry Potter, the entire series, it’s a huge part of the literary canon, and it’s not going to soon fall off the map,” said Harmon.

Harmon said the birthday party and other events like it are held to help accomplish the library’s mission of being a hub within the community.

“We need more of this,” Harmon said. “People gathering, and maybe from very different walks of life, but sharing that one thing in common that brings them together, and we hope to encourage that and cultivate that.”