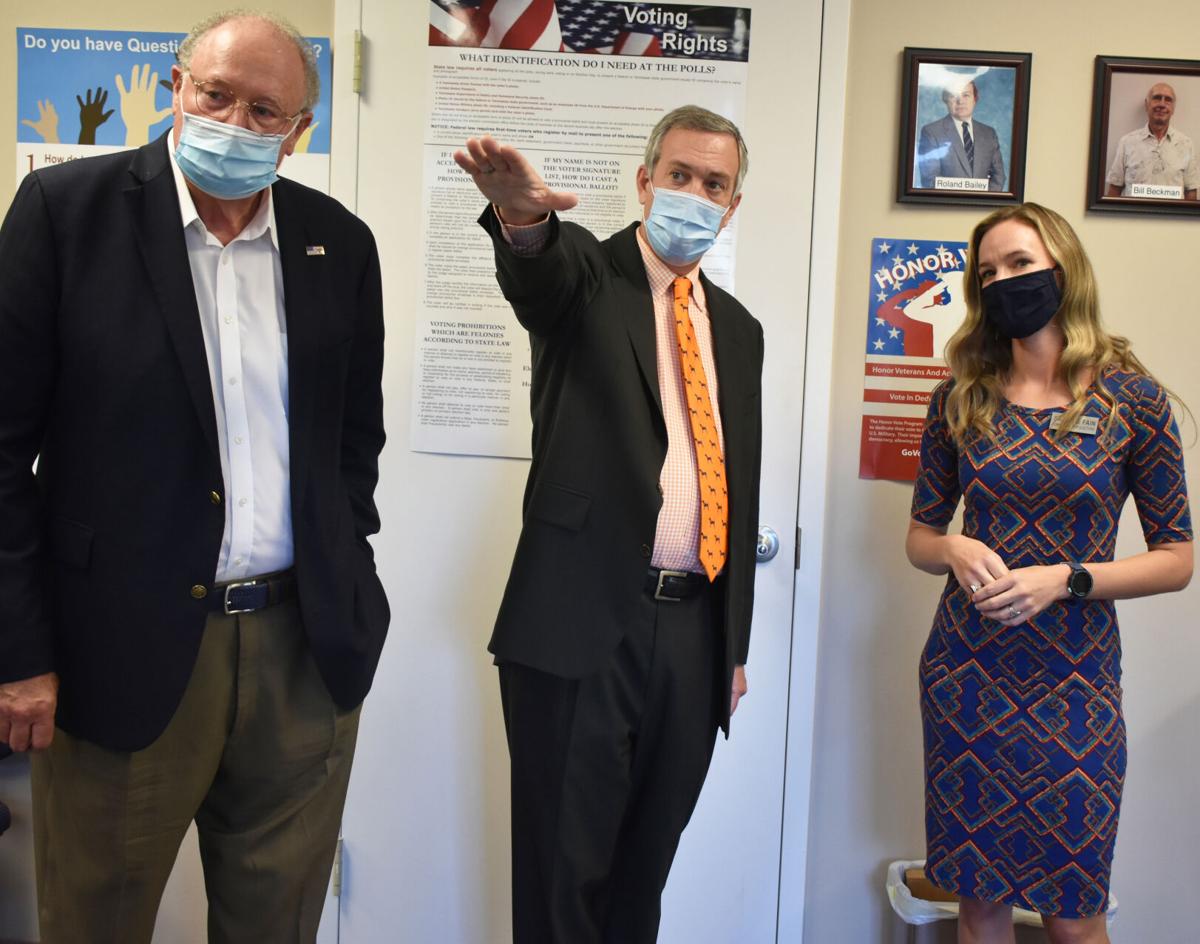 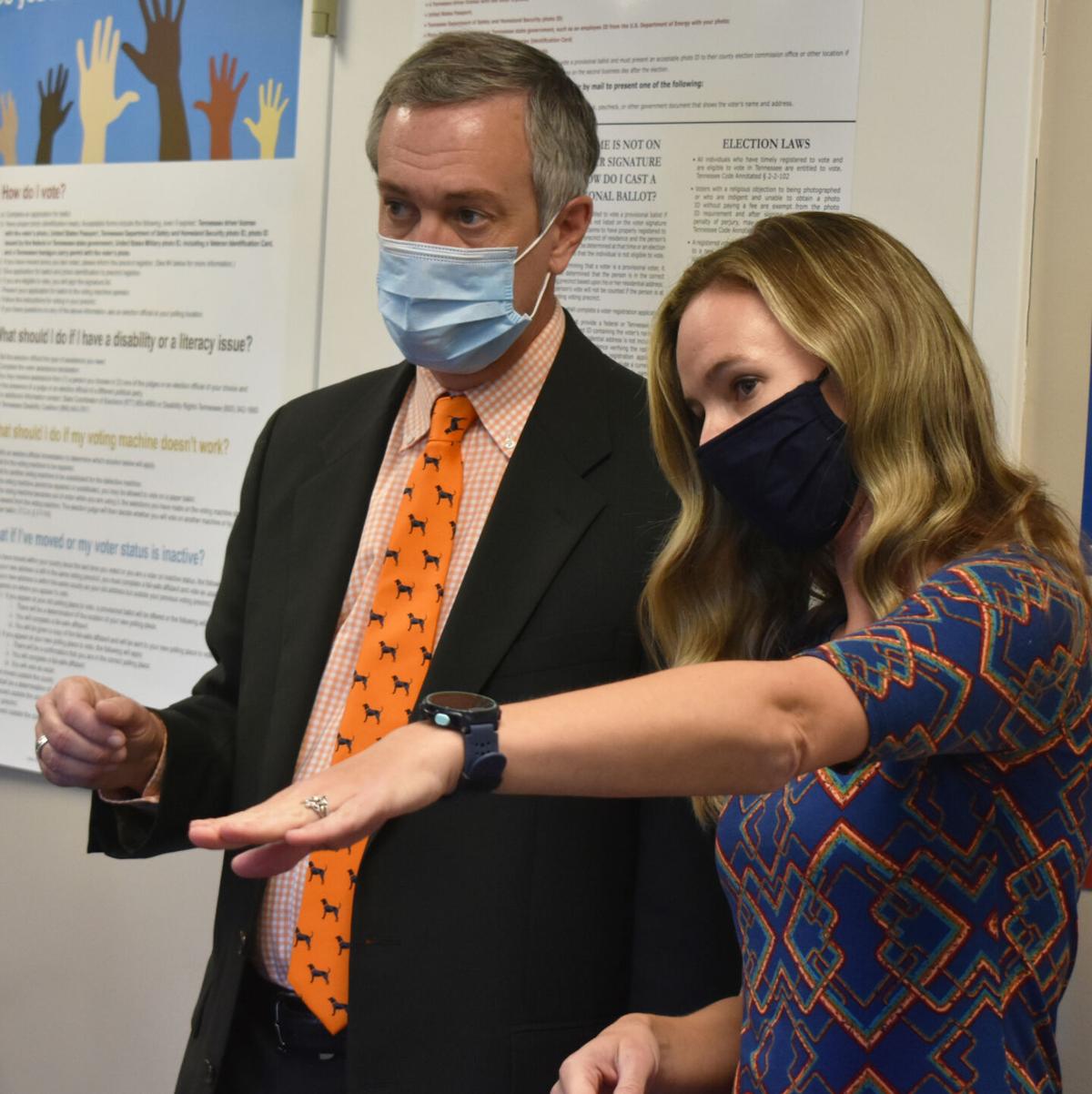 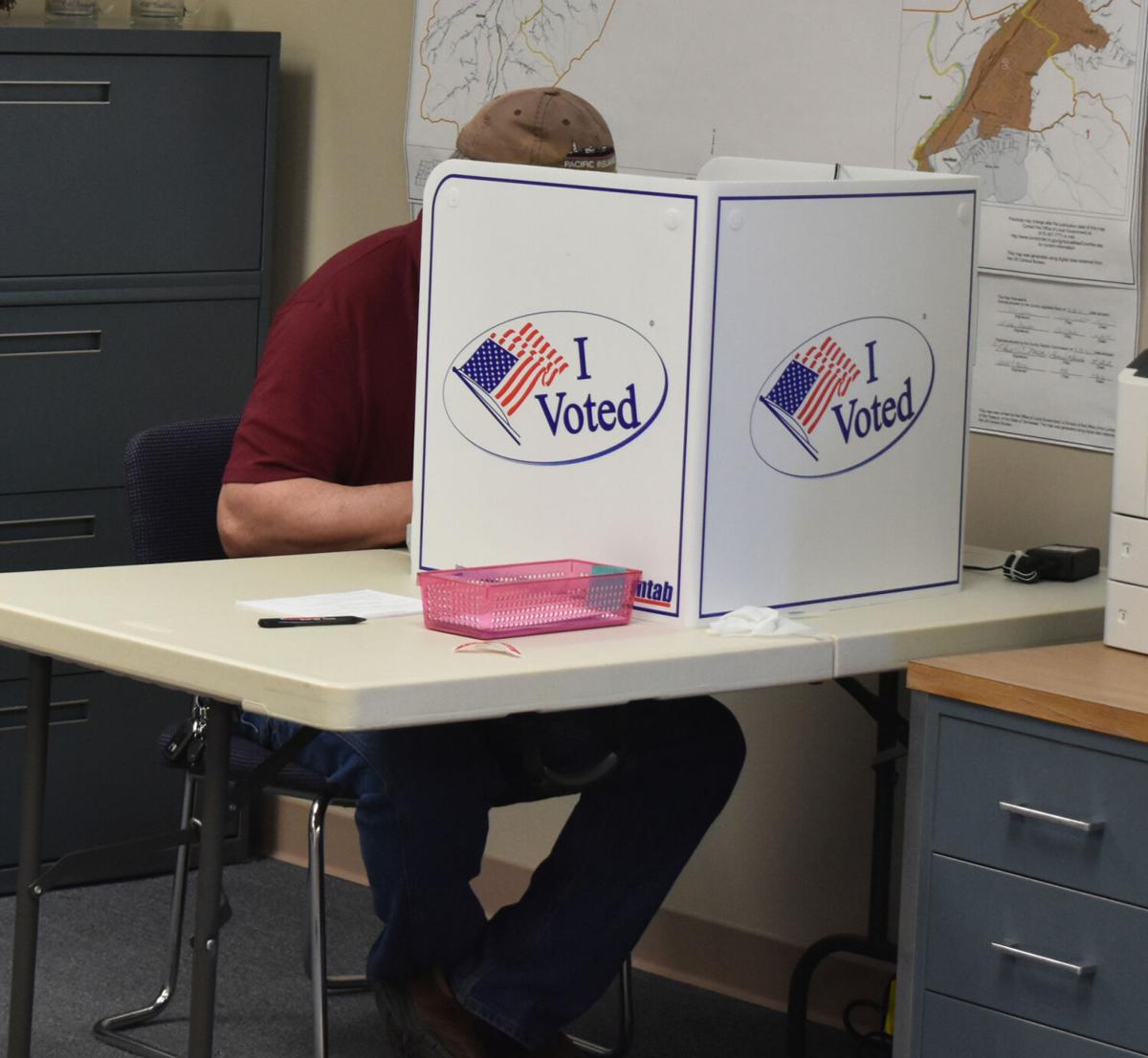 A resident casts an early vote Thursday at the Unicoi County Election Commission office in Erwin.

A resident casts an early vote Thursday at the Unicoi County Election Commission office in Erwin.

Hargett said a record-breaking 273,325 Tennesseans have already cast a ballot by voting early or absentee by-mail. That number represents a 91% increase from the first day of early voting in 2016, and 120% more than what was recorded in 2012.

The early voting period for the presidential election ends in Tennessee on Oct. 29.

During a stop at the Unicoi County Election Commission office in Erwin, Hargett spoke to election officials and voters who were lined up to vote early.

Sarah Fain, Unicoi County’s administrator of elections, told Hargett her office set a record Wednesday with more than 600 early votes, and another 430 residents had already voted by early Thursday afternoon.

In Washington County, where Hargett visited the early voting site at the former Princeton Arts Center building in Johnson City, electionofficials said a record 2,148 votes were recorded Wednesday, with another 1,810 cast by the afternoon on the second day.

Hargett said many counties across the state were seeing waits at the polling places, but added lines “were moving fairly quickly.” He said efforts to follow pandemic distancing and sanitation protocols have stretched lines, as has the extraordinary interest in early voting this year.

“The voters I have encountered have been in a fantastic mood, and are really excited about voting early,” the secretary of state said. “I’ve not seen anyone leaving the polling place without voting.”

He also noted voters can help speed things along by having their proper photo identification with them when they go to the polls.

Hargett said voters should avoid peak voting times (early in the morning and late in the day) if possible. He said the two Saturdays that fall within the early voting period should see the heaviest turnouts.

State Sen. Rusty Crowe, R-Johnson City, said lines have been a common sight at many of early voting locations in the counties he represents in the General Assembly.

He said the voters he has spoken to are enthusiastic about going to the polls.

“We are so polarized as a nation,” Crowe said. “I think the heavy early vote is reflective of how convinced each side is that their vision of the path this country should take is the right path.”

Hargett was also in the area Thursday to present a $963 technology grant to the Unicoi County Public Library. The library in Erwin also received a CARES Grant totaling $736.

Hargett also awarded the Carter County Public Library with a technology grant of $4,244.