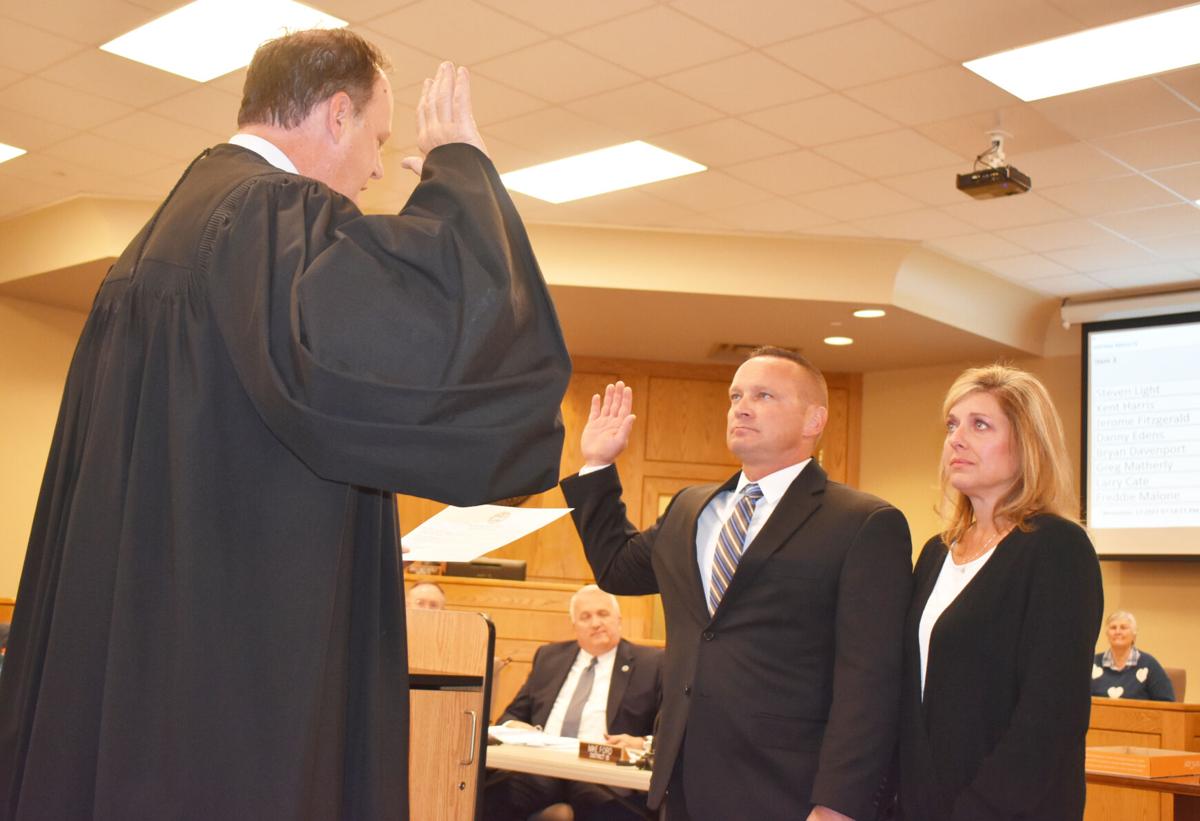 Interim Sheriff Keith Sexton, standing next to his wife Ashley, takes the oath of office from Washington County Chancellor John Rambo after being elected to the post by an unanimous vote of the County Commission on Monday. 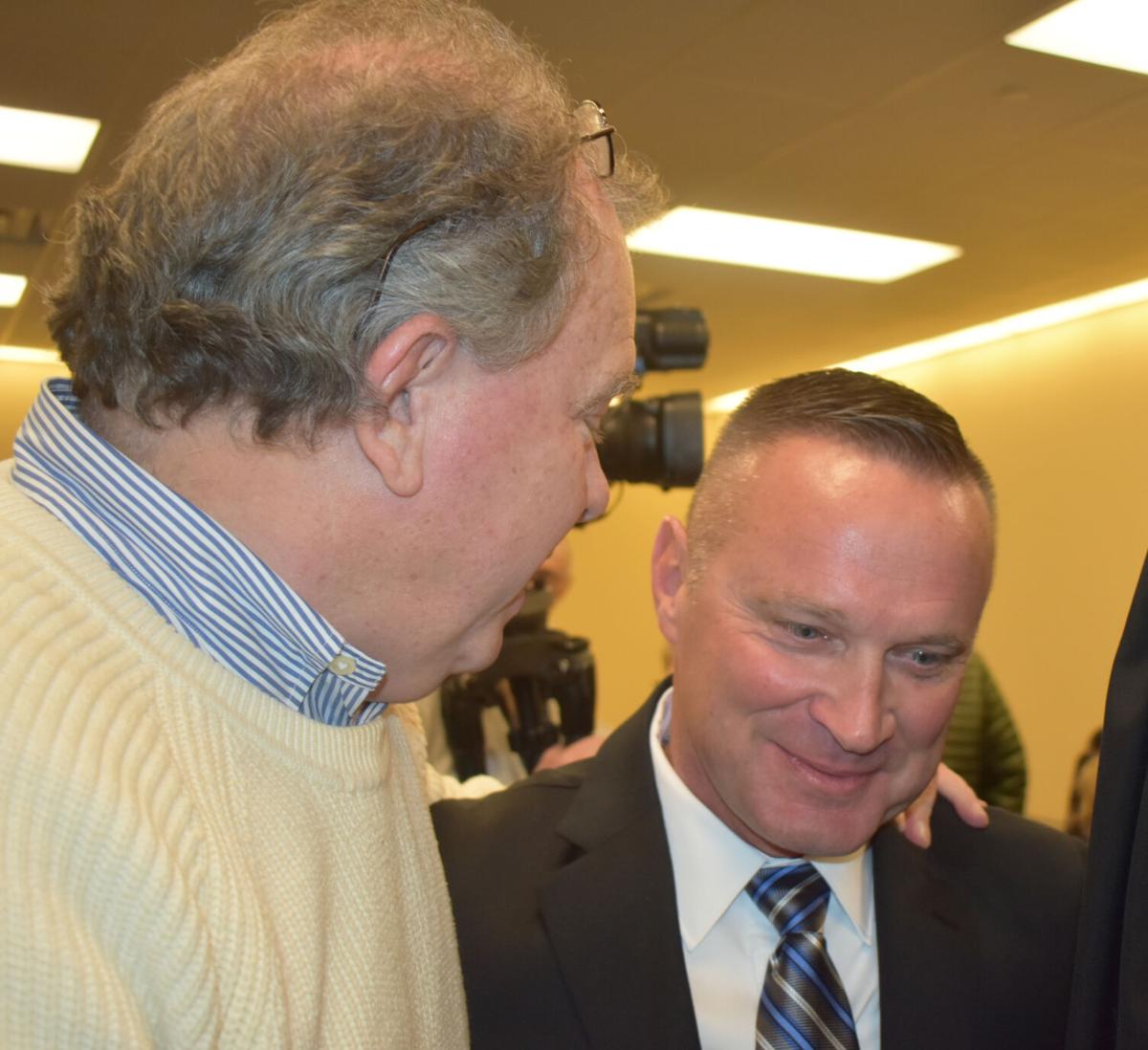 Interim Sheriff Keith Sexton, standing next to his wife Ashley, takes the oath of office from Washington County Chancellor John Rambo after being elected to the post by an unanimous vote of the County Commission on Monday.

Keith Sexton, who now serves as a training unit supervisor and SWAT team commander for the police department, was sworn into office by Washington County Chancellor John Rambo following a unanimous vote of the commission.

“Thank you for your vote of confidence,” Sexton told commissioners. “I will not let you down.”

In addition to being named interim sheriff on Monday, Sexton and his wife, Ashley, learned of the birth of their newest grandchild during the commission meeting.

Sexton, who promised to run “a transparent” sheriff’s office, will serve the remaining months of Ed Graybeal’s elected term in office. Graybeal retired in September after serving 18 years as sheriff.

He has also said he plans to name former Johnson City Police Chief John Lowry as his chief deputy.

The interim sheriff will serve as head of the Washington County Sheriff’s Office until the voters go to the polls on Aug. 4, 2022, to elect a new sheriff.

Sexton was one of three applicants for interim sheriff that commissioners heard from Monday night. The three also had their credentials to serve in the role vetted by the Peace Officer Standards and Training Commission.

The others were Leighta Laitinen, who has been serving as chief deputy of the sheriff’s office, and Michael Templeton, who retired in July as a special agent of the U.S. Drug Enforcement Administration. All three have indicated they will seek the Republican nomination for Washington County sheriff in 2022.

Candidates for sheriff and other county offices will begin picking up their qualifying papers on Dec. 20. The deadline for qualifying to run in the May 3 primary is Feb. 17.

Laitinen, who has worked at the sheriff’s office since July 1995, beginning as a clerk and working her way up the organization’s administrative ladder, sent a letter to Washington County Mayor Joe Grandy on Sunday announcing she is resigning from the sheriff’s office. In her letter, she told commissioners her decision is not reflective of her desire to be appointed or elected sheriff.

“I did it to clear some things up,” said Laitinen, who has managed the day-to-day operations of the sheriff’s office since Graybeal’s departure.

Before commissioners agreed to cease accepting nominations from the floor and voted to elect Sexton by acclimation, Laitinen said she would make sure there is “a smooth transition” of power in the sheriff’s office.

Earlier in the meeting, Sexton told commissioners that he began his 30-year career in law enforcement as a patrol deputy with the Washington County Sheriff’s Office. He went to work for the Johnson City Police Department in 2008.

Sexton told commissioners he has heard from residents who want the sheriff’s office to be “more visible” in their communities.

He said there is no area of the county that he had not been in as a law enforcement officer.

“I have literally shed blood, sweat and tears,” he said, noting he has been planning to run for sheriff for more than 20 years.

“This is not a whim,” Sexton said. “The people of Washington County deserve a sheriff who has law enforcement experience.”