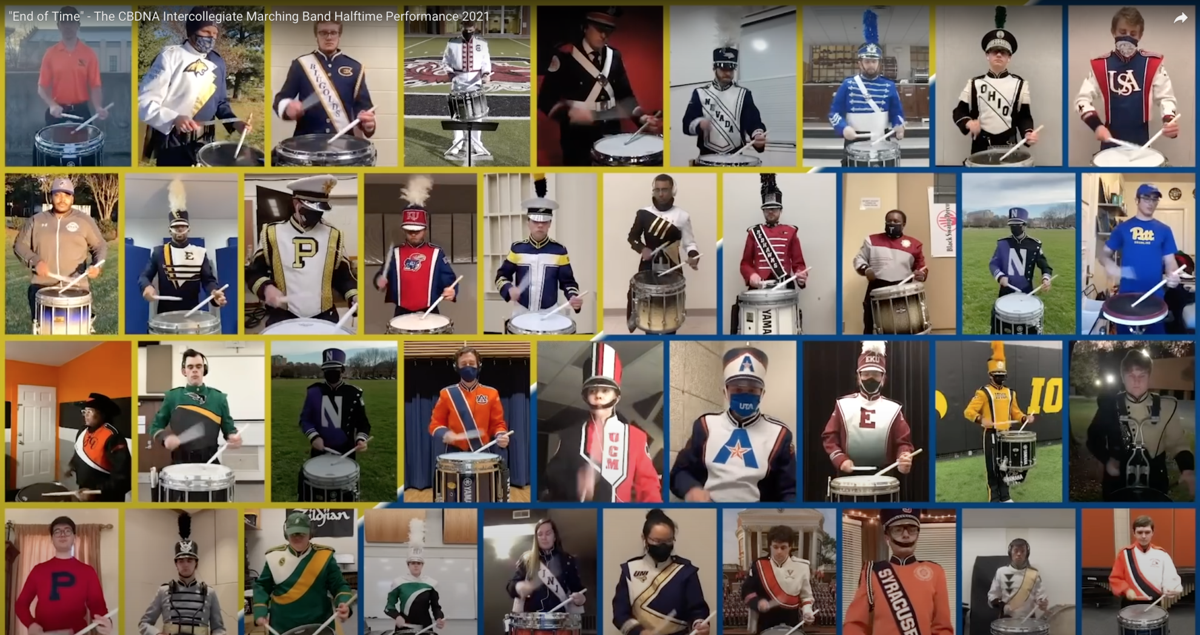 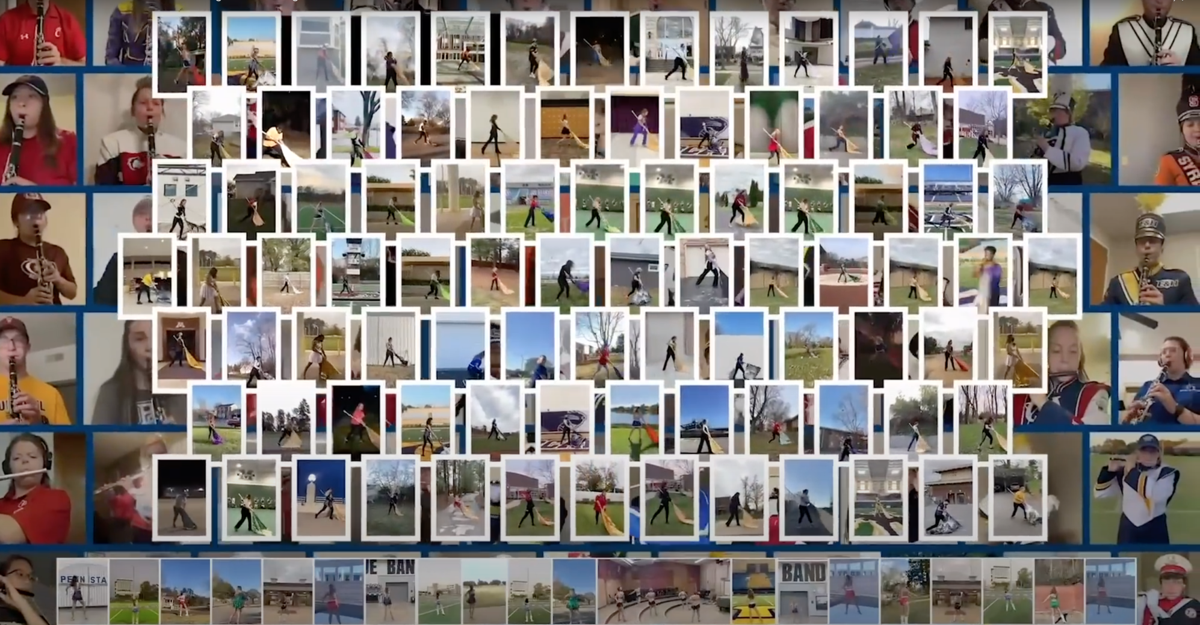 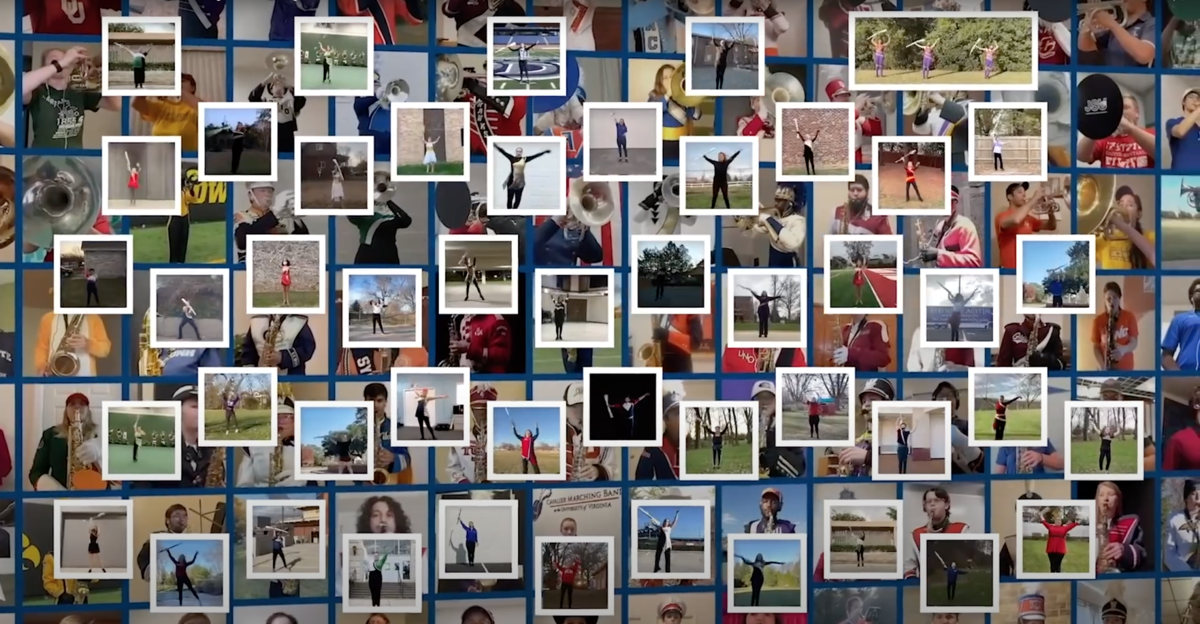 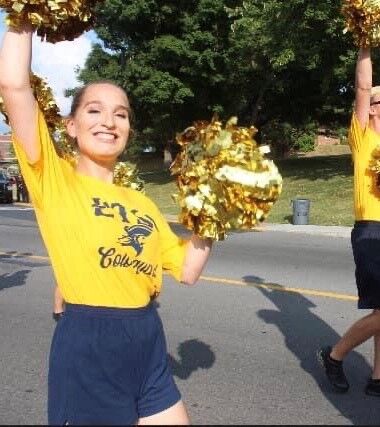 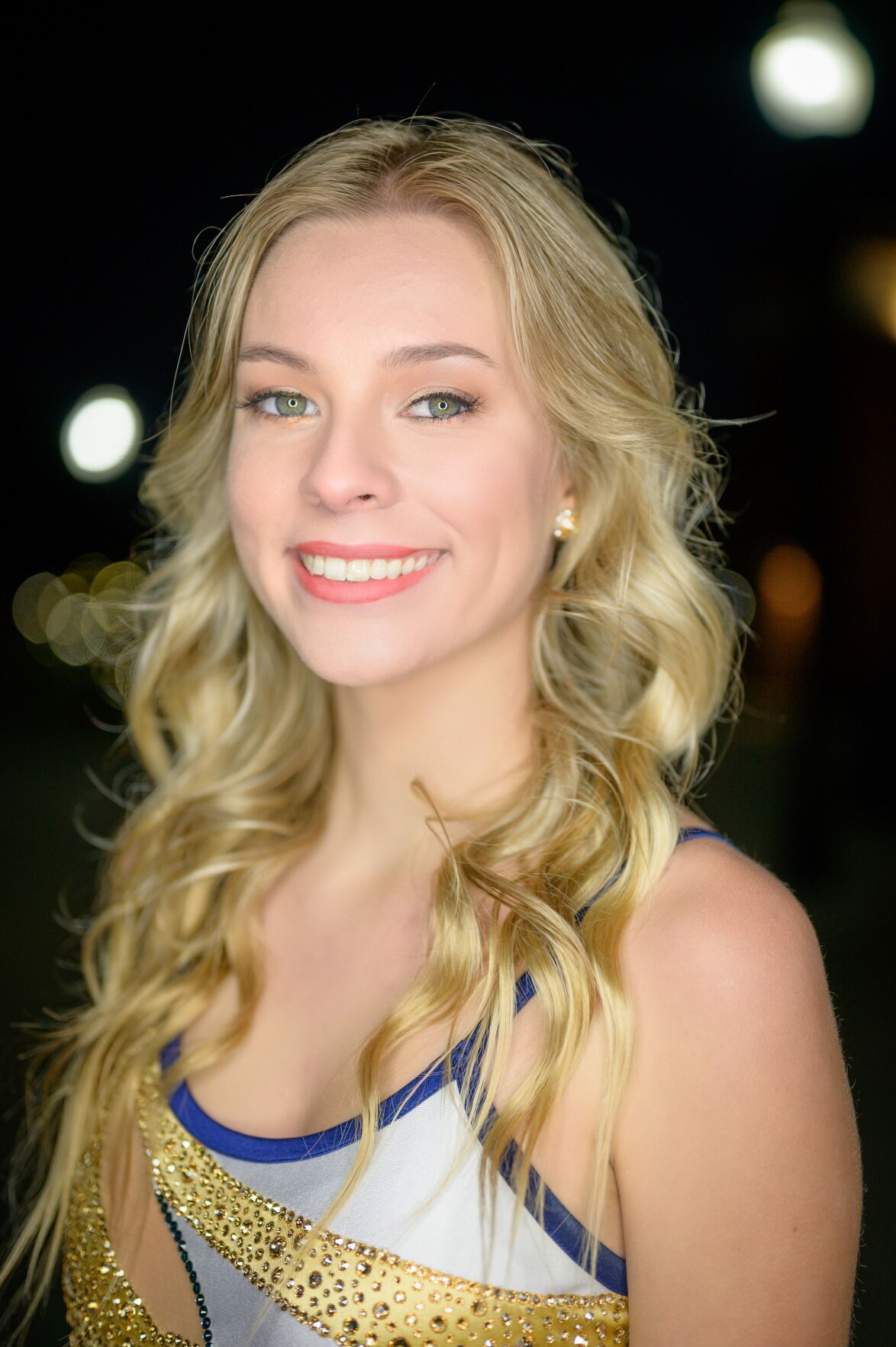 Majorette Lexi Maust was among those chosen to represent the ETSU Marching Bucs during the Intercollegiate Marching Band performance during the College Football Playoff National Championship game. 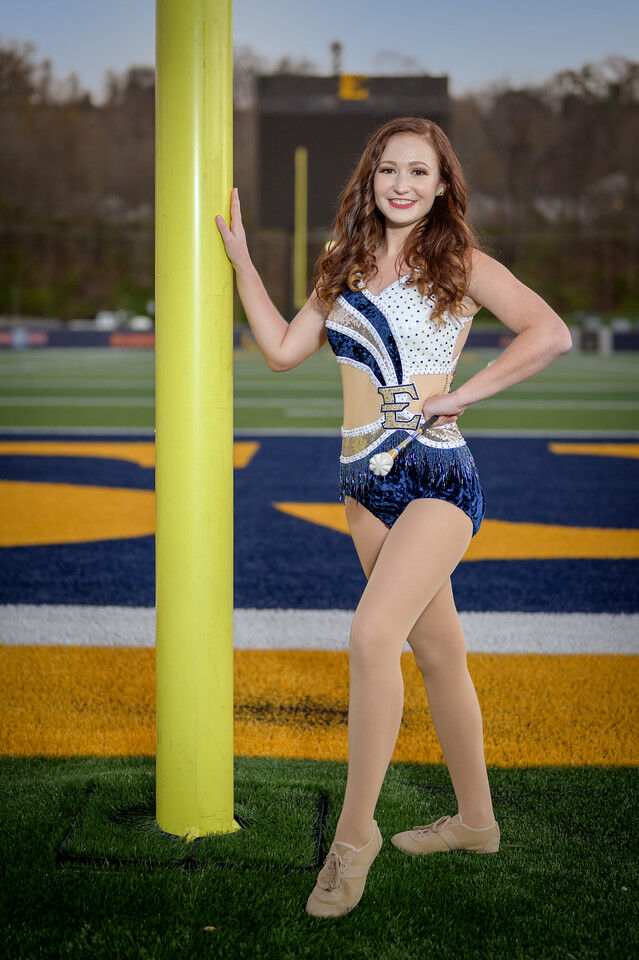 While it doesn’t make up for a season lost to the novel coronavirus (COVID-19) pandemic, several East Tennessee State University Marching Bucs got the experience of a lifetime performing in the virtual halftime show during the College Football Playoff National Championship game Monday night.

“There’s not really much that can make up for losing a whole season, but it was definitely a really cool experience to have and to meet other people from across the country,” said color guard member Nicole Mauro.

“But I really don’t think anything can make up for the time that we lost with our friends. We did have the small concerts, but it’s not the same doing it yourself in an empty parking lot as it is stepping onto the field with your whole Marching Bucs family,” she added.

Mauro said she received an email with the music about a week before the performance, but her flag for the performance didn’t arrive until the day before her clip was due.

“Luckily they were very short segments and everything got pieced together to where everyone was represented, but it was very exciting because it was, I think, the only time this season that we’ve been able to put on our uniforms,” Mauro said.

Percussionist Justin Rayna said the event was a “great effort to try to make up for some of the lost season” and while listening to the music prepared by the College Band Director’s National Association Intercollegiate Marching Band was “a little consoling,” it doesn’t compare to the feeling of performing in person.

“I don’t know that anything can make up for a lost season, the experience is definitely much different being outside with other instrumentalists for real,” Rayna said. “I think it was a really great effort to try to make up for some of the lost season, but I was wearing my uniform in my bedroom recording drum music on my iPhone.

“Listening to the tracks they had prepared gave you the sense of feeling like you were playing with the band, so that was a little consoling, but other than that I don’t think anything could really make up for losing the whole season,” he continued.

Rayna said one of his favorite parts was being able to connect with other band members from across the country, even some from his home state of Pennsylvania, as well as seeing the magnitude of the performance, which included more than 1,500 people from 200 schools in 45 states and Puerto Rico.

Majorette Lexi Maust echoed her fellow Marching Bucs’ thoughts, but called it an honor to represent them during the performance.

“I thought that was really cool that we were all there to represent our schools,” Maust said, adding that it was amazing to represent ETSU on a national level.