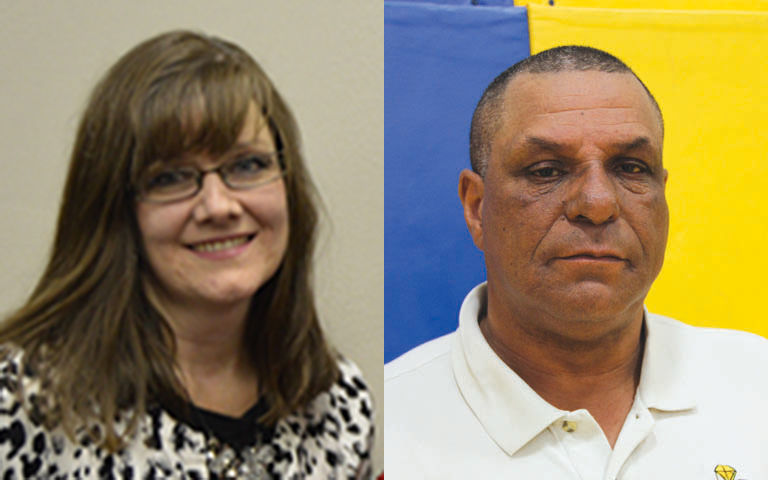 Paula Treece, left, and Kenneth "Herb" Greenlee, right, are running for the seat on the Johnson City Board of Education vacated by Stacie Torbett. 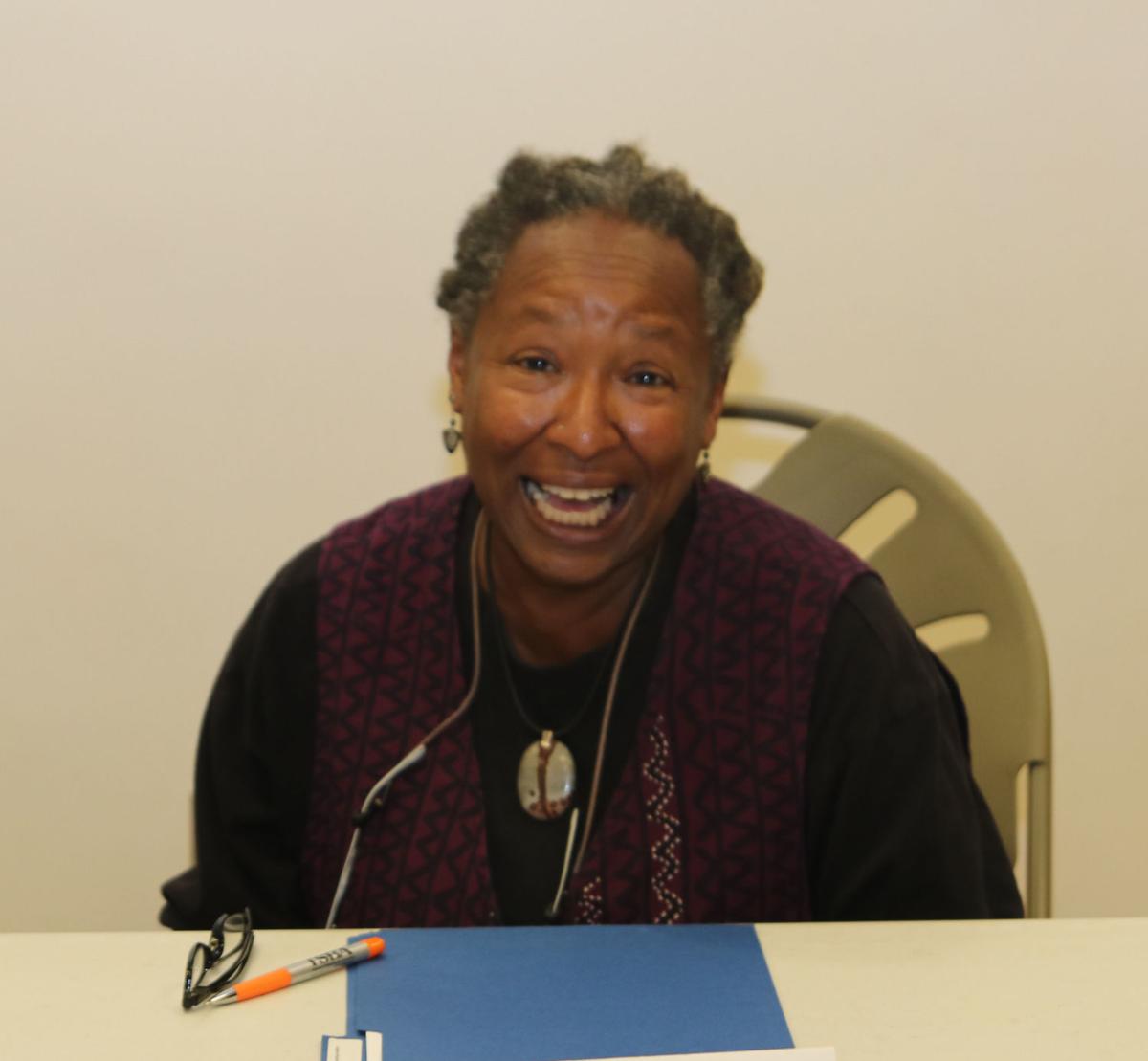 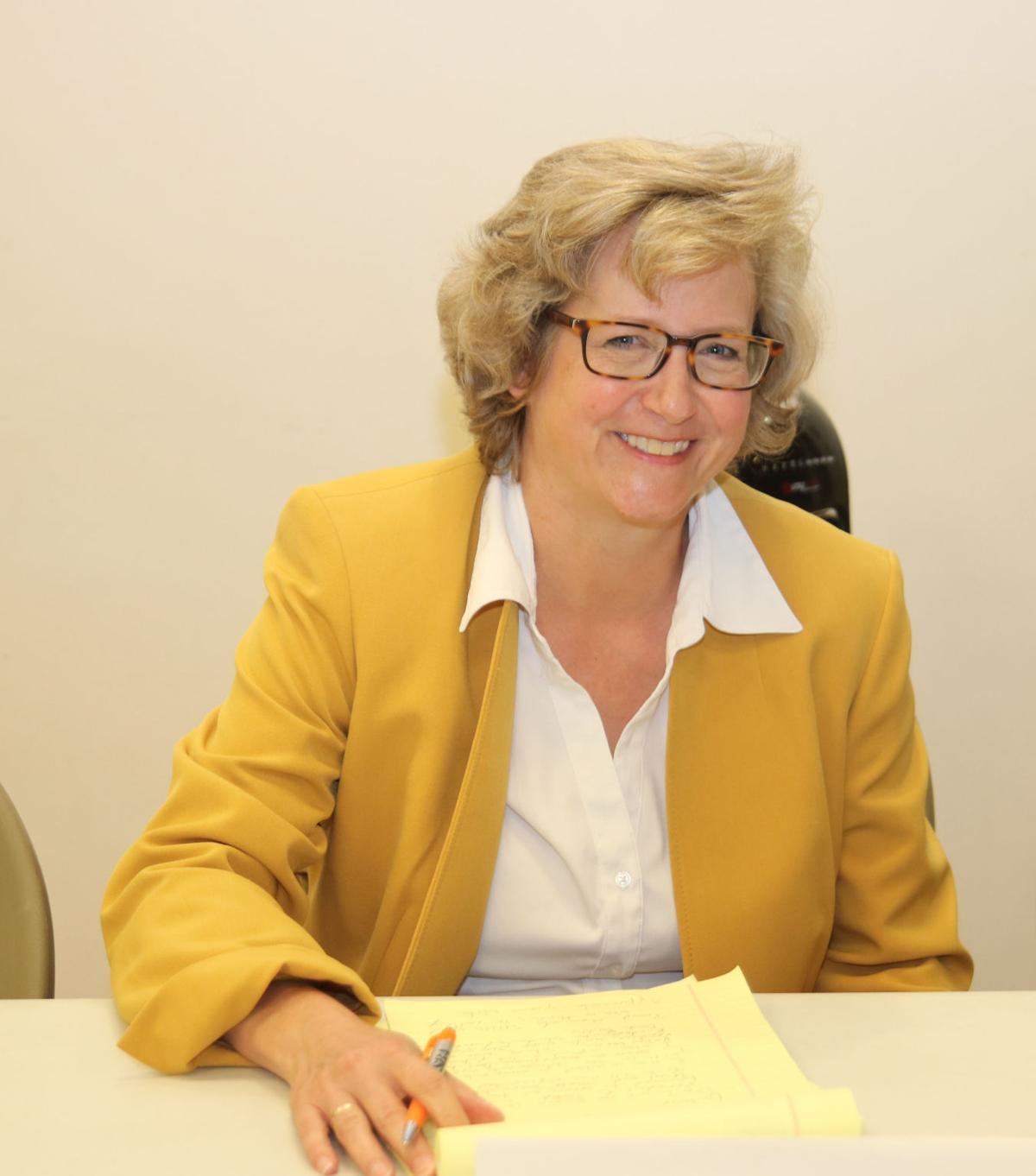 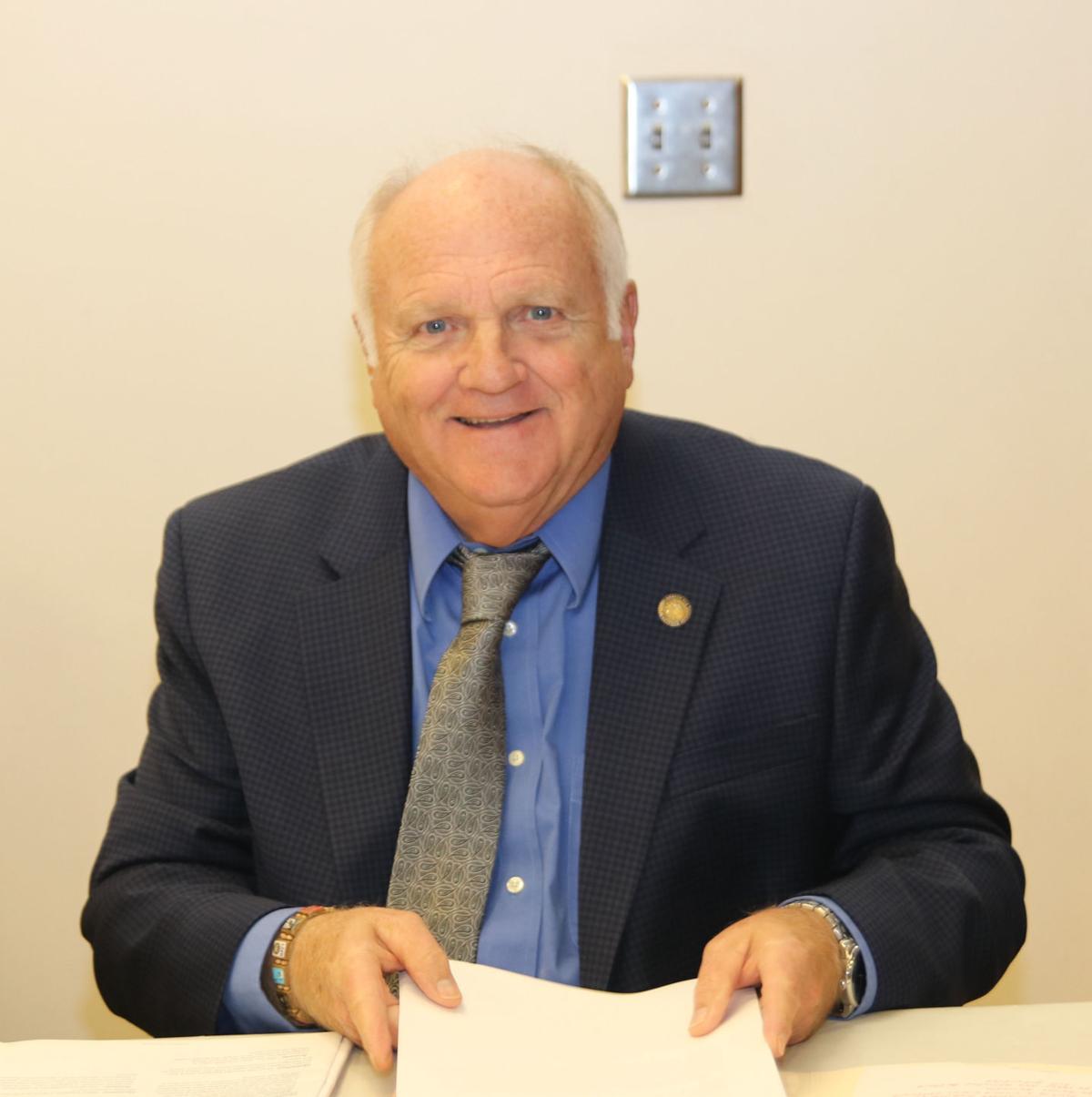 Paula Treece, left, and Kenneth "Herb" Greenlee, right, are running for the seat on the Johnson City Board of Education vacated by Stacie Torbett.

Equitable school funding, diverse staff and resources for LGBTQ students were some topics addressed Tuesday during a public forum for six candidates running for election to the Johnson City Board of Education.

With four of the six people running for a spot on the board, the candidates weren't taking anything for granted during a public forum as they — and the two running for an unexpired term — touted their ideas for improvements now and the system’s future growth.

The four candidates for the four open seats are current board members Tom Hager and Kathy Hall and newcomers Robert Williams, a banker, and Michelle Treece, a retired teacher from the city system. Kenneth “Herb” Greenlee and Paula Treece are running for the vacancy left by the midterm resignation of Stacie Torbett.

One big issue facing the school system is funding it receives — or doesn’t receive — from Washington County Schools for capital projects. A loophole in state law grants counties the ability to avoid sharing certain capital expenditures proportionately with city school systems located within the same county. If counties have a cash fund where tax dollars are set aside for capital projects, the money doesn’t have to be shared with the city system. It’s an issue candidates elected to the city school board intend to continue to pursue.

What are your thoughts on Washington County’s use of capital outlay funding for education projects, and should Johnson City take an active role in pursuing that funding?

Greenlee: “Yes, because we pay taxes ... Washington County is the holder of the money … we pay double taxes … we pay city and county taxes and we should get more involved with what’s going on in the city and county for our educational needs for our kids. Especially where we started building the new gymnasium and cafeteria at Liberty Bell.

Paula Treece: “Yes, we absolutely need to get money from Washington County. They’re taxing us and we’re not getting the services by them finding that little loophole and using cash to pay for their capital needs for schools. We need to make sure we get that money back, or in the long term it’s going to hurt our city and our schools more, and they need to realize that we, as Johnson Citians, are responsible for a lot of those taxes they’re getting. We pay double, but we pay double for a reason, because we want to live here and we want to make sure our schools are good. But we also need to make sure we get the money we pay in back.”

Michelle Treece: “I agree. It’s money we paid, it’s money that’s due to Johnson City. But I think we’re all aware that Washington county doesn’t have as much funding as we have and there should be some kind of conversation on how can Washington County get the funding they need, not coming from us. We have to come up with funding for Johnson City proper. Washington County needs to come up with that funding, to. That needs to be a conversation, I think, between the entire county and city to see what can be done to make that happen.”

Williams: “What Washington County did actually does benefit the city of Johnson City in that we’re all Washington Countians. A high tide raises all ships. Being a banker I agree with paying as you go, not having to borrow money if you don’t need to. However, the intent that was done, I don’t agree with. By finding this loophole and not giving funding to the city of Johnson City and our school system was wrong. And as far as pursuing that, that may be a little bit above my pay grade, but I do believe those funds should have been given to our school system.”

Hall: “A lot of people don’t understand that 65 percent of the dollars that go into the capital funding for schools come from city taxpayers that also are county taxpayers. City taxpayers also live in the county so we pay double taxes. Sixty-five percent of the property tax comes from people who live within the city. The intent of the law is to take those dollars and split them by the number of students between the city and county. There is a loophole that left out the word cash. That’s what our county and several other counties are using to take money that city taxpayers put in toward capital improvements and not share that money with the city. I will encourage our City Commission to pursue that, I will help pursue that. I think it’s unfair ... not to receive any of the dollars we put in.”

Hager: ”I think it’s unfair what the county did. In my judgment, if the leaders in the county had approached the school board in Johnson City and gotten us involved I think maybe we could have worked something out with this. No one ever contacted us. We’ve been told in Johnson City we should have received about $40 million out of this building program in the county. So far we’ve received $8.5 million and it’s unlikely we’ll receive any more. I think it handicaps the city in what they want to do if the need ever came they had to raise the taxes. I want to clear one thing up. Some people in the county had said this is an issue between the county school board and city school board. That is not true. The Johnson City Board of Education and Washington County Board of Education have a great relationship and we would have gone together if they had approached us and tried to work something out. You as a taxpayer, in my opinion, you’ve been shortchanged by the county.”

As the Johnson City School System moves toward having two middle schools, how should we ensure all students are equitably served?

Hager talked about the school system having recently broken ground on a new cafeteria and gym project at Liberty Bell, which should be completed in about 18 months. He said the project is part of the plan to make Liberty Bell and Indian Ridge “as equal as they can be, facilities-wise. And the other issue would be to try to make the population as diverse in one school as the other.”

Hall said instead of just dividing the city up in by boundary lines to make schools more diverse, the schools administration looked at feeder schools for the two middle-school concept.

“What we’re looking at right now is having Fairmont, Mountain View and Lake Ridge go to Indian Trail and the other five elementary schools go to Liberty Bell. When you divide the city that way, it’s amazing the socio-economic, the African-American and Hispanic population is almost identical,” she said.

Michelle Treece said she understands that people have concerns with change, but she would embrace the system’s decision on how to divide the school population, and she encouraged parents and family members of students or anyone else who has a stake in this issue to visit the schools.

Paula Treece said she was excited about the two middle-school system and believes it will ensure staff will be able to better identify students who need more help to perform better.

Williams said he supports how the school board has decided to move forward in deciding which elementary schools will feed each middle school and affirmed his belief that diversity is important within the system.

Greenlee said he believes the two middle-school system will help keep kids from “falling through the cracks,” and ensure their success in high school.

Go to www.JohnsonCityPress.com to watch the entire forum and hear and candidate’s answers to these questions: