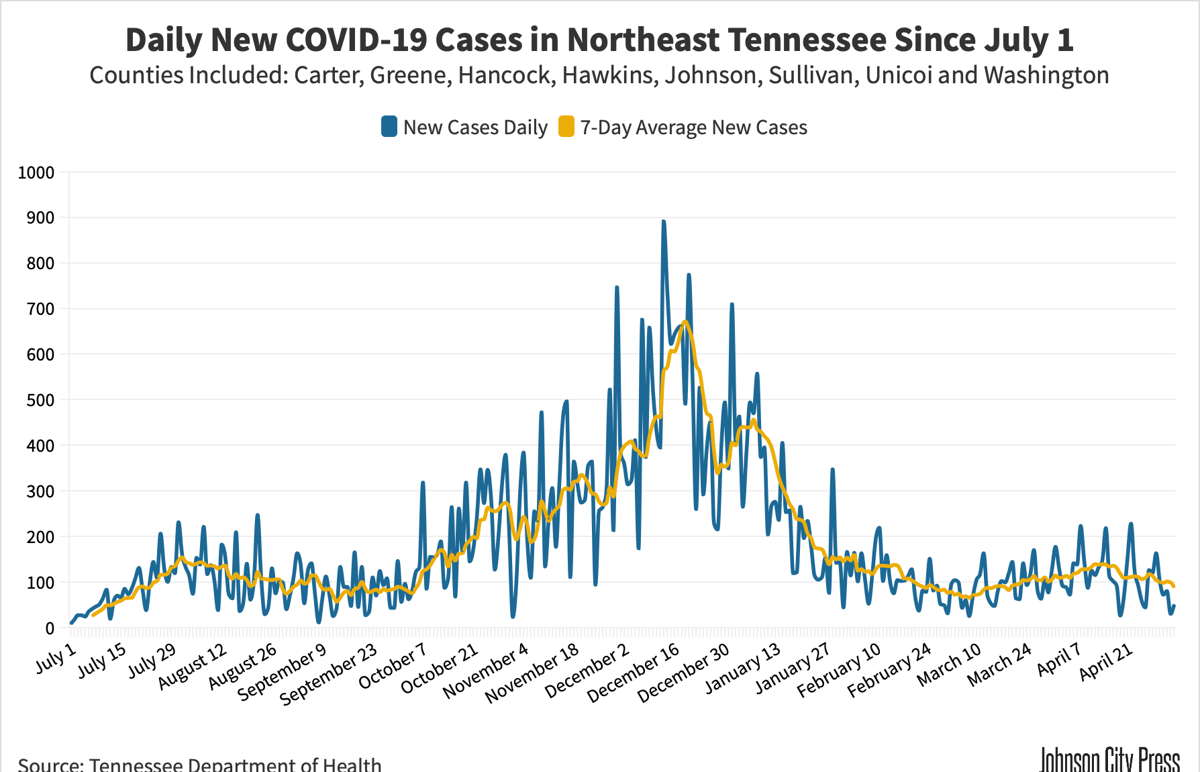 Northeast Tennessee reported 50 new COVID-19 infections on Tuesday, with none reported in Sullivan County — the first time the county hasn’t reported any new infections since June 25.

Sullivan County’s lack of new cases led its active case count to fall by 37 to 555, its largest single-day decline in active cases since Feb. 12. Despite the decline, however, Sullivan County still has the fourth-most active cases in the state, behind only Shelby (1,703), Davidson (1,052) and Rutherford (698) counties. In Northeast Tennessee, Washington County (284) has the second-most active cases, its total ranking 11th statewide.

Overall, active infections fell to 1,341 on Tuesday, a drop of 63 from Monday’s total. Tuesday’s active case total was down to its lowest point in nearly a month, and has fallen by about 10% over the past two weeks.

Washington County accounted for 70% of the region’s new cases on Tuesday with 35 new infections. No other county reported more than five.

Over the past seven days, the region has averaged 88.1 new reported cases per day, the fewest since March 19.

Patients on a ventilator: 20