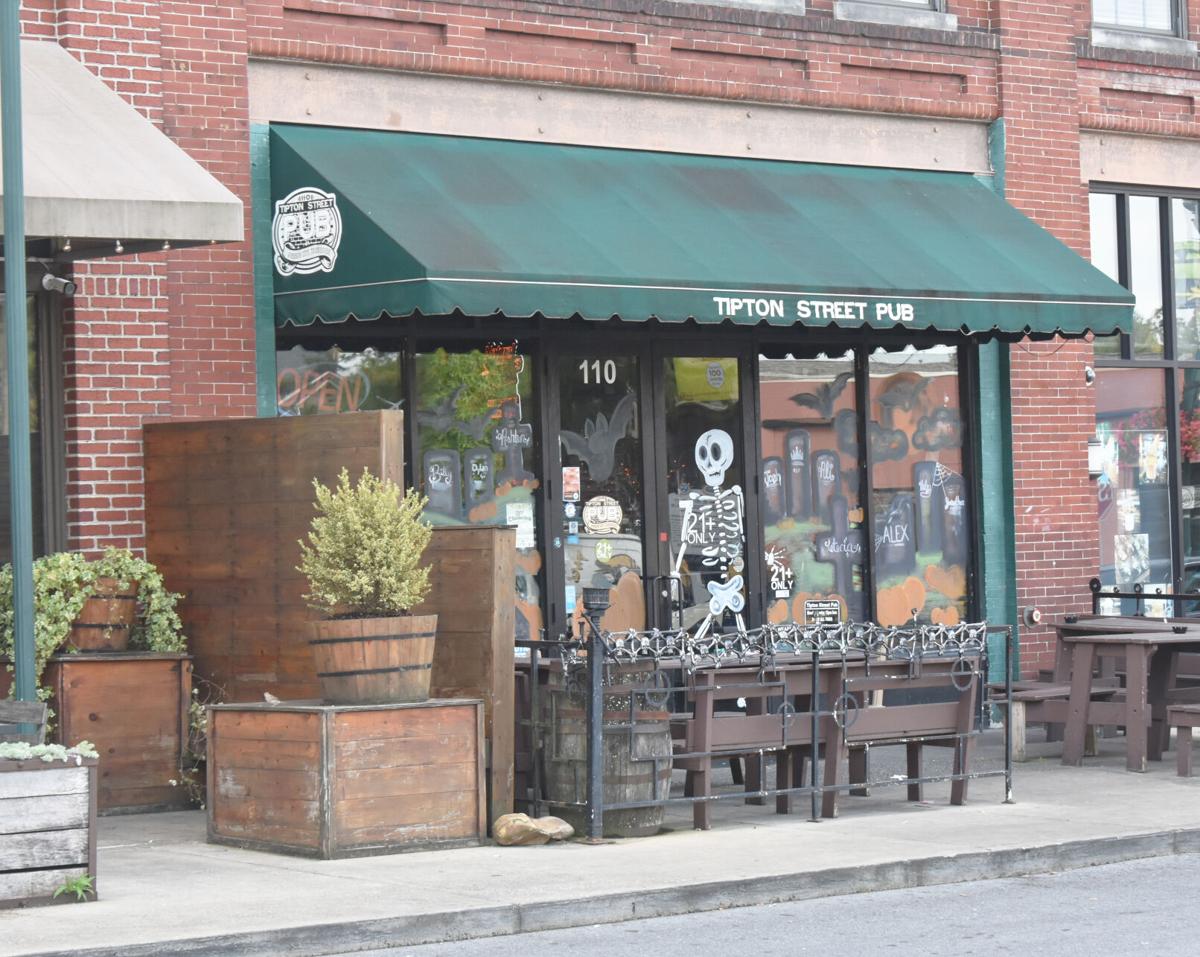 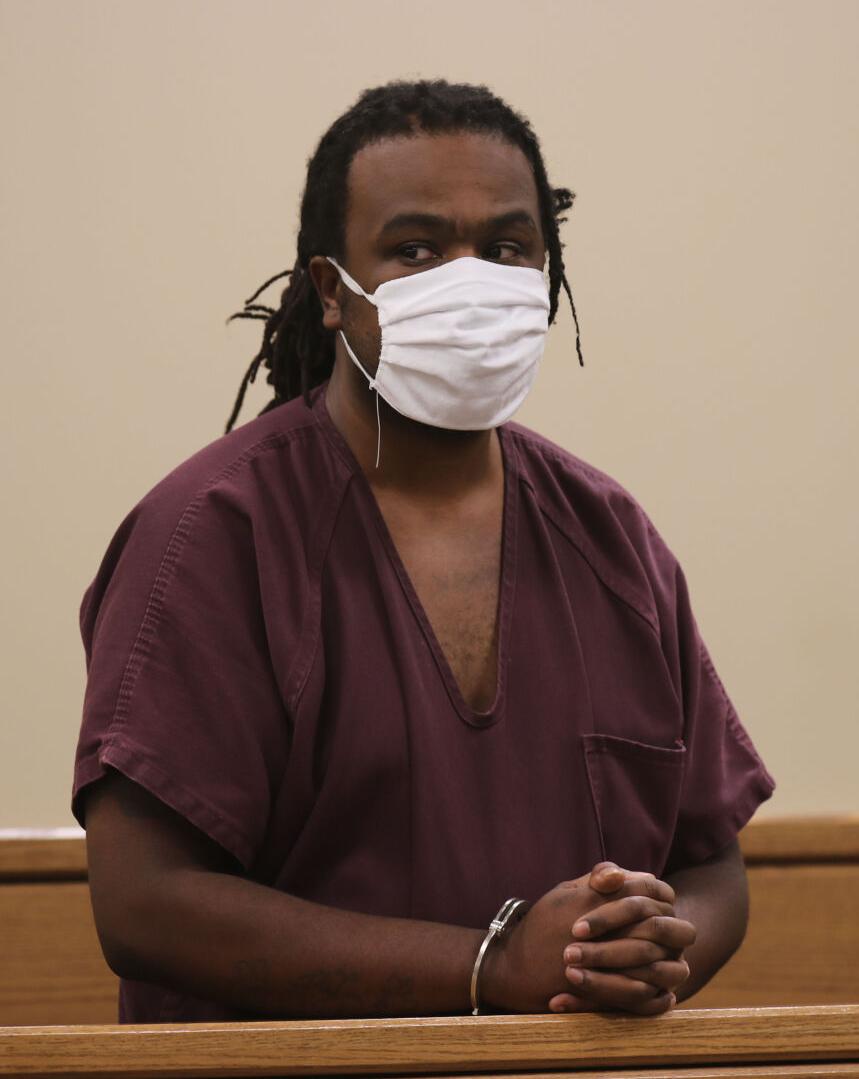 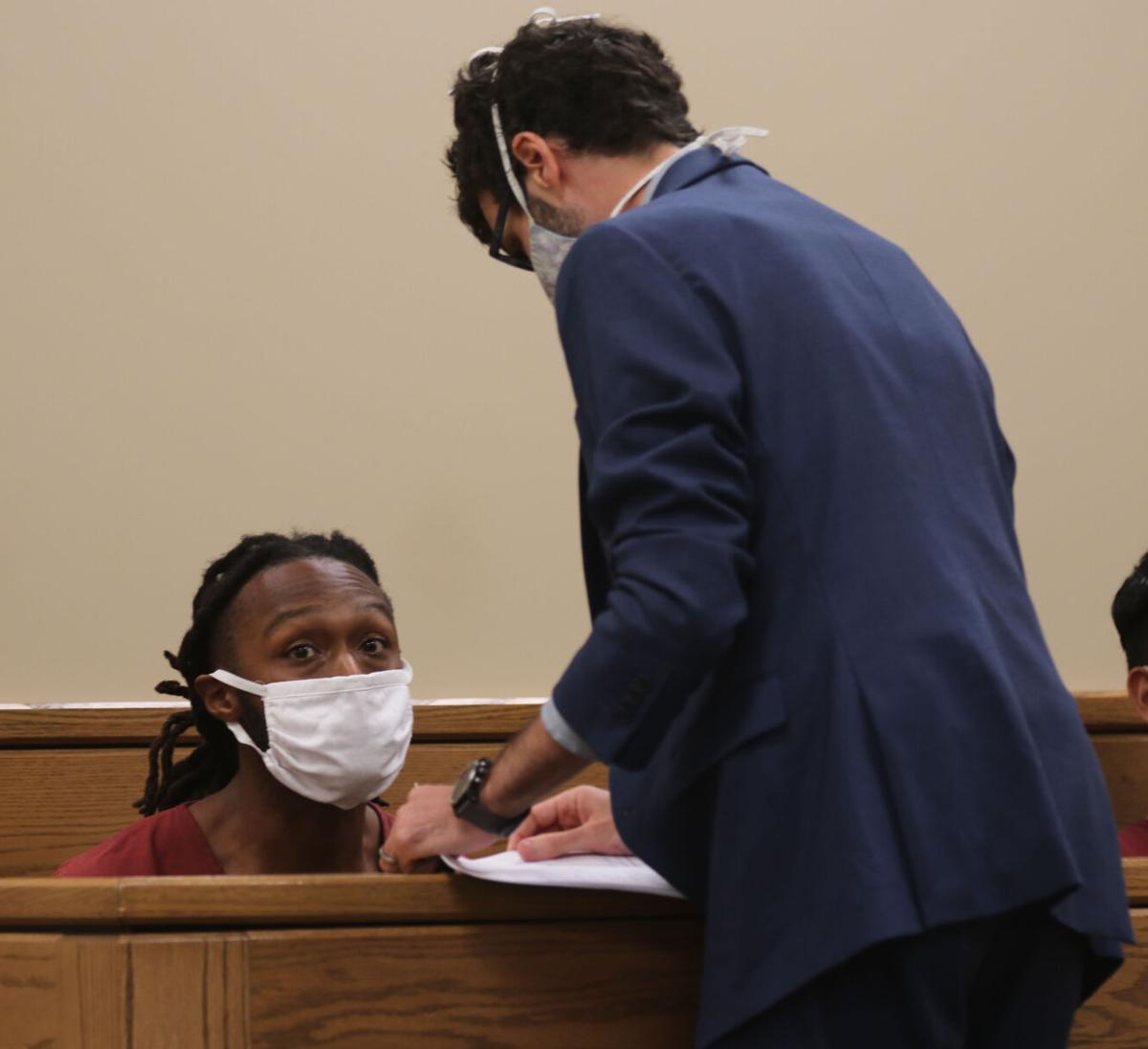 Assistant Public Defender Phillip Ratliff talks to  Demarquiste' Fugh, who was charged with tampering with evidence in a murder case. 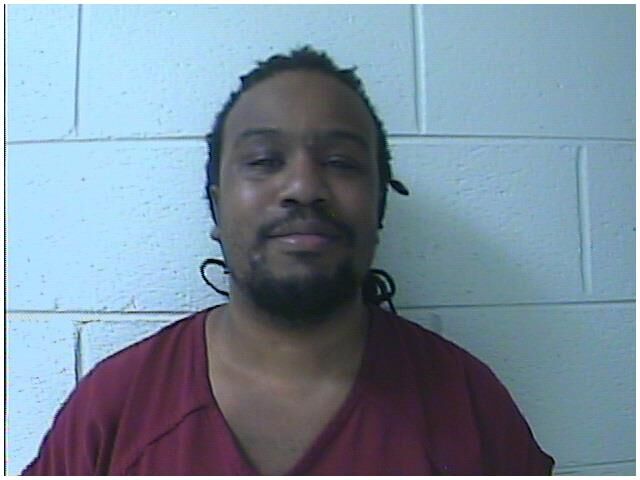 Assistant Public Defender Phillip Ratliff talks to  Demarquiste' Fugh, who was charged with tampering with evidence in a murder case.

The man charged in an early morning bar shooting last week was arraigned Monday, and it’s likely his judicial diversion for a similar incident — which also involved a gun — in May will be yanked from him.

Johnson City officers were dispatched to the bar where they found Ryan Nicholson dead on the barroom floor. He had been shot two to three times in the face, police said.

According to court records, witnesses told police that Murphy got to the bar just a short time before the shooting, and that he and Nicholson got into an argument. That’s when Murphy allegedly pulled out a handgun and shot Nicholson, police said.

Murphy was serving a sentence of 11 months, 29 days on judicial diversion probation for a guilty plea he entered in June.

Those charges stem from a shooting on May 16 at Numan’s bar, also in downtown Johnson City. Police responded to a shots fired call at the bar and later arrested Murphy based on witness statements.

He had a North American Arms .22-caliber handgun in his pocket when police searched him.

Another man was arrested in connection with Friday’s shooting for allegedly removing a handgun from Nicholson’s body and taking it from the scene.

Police said Ryan Nicholson was on the floor on his back inside the Tipton Street Pub shortly after 1 a.m. He was shot multiple times at the bar, located at 110 Tipton St.

Officers responded shortly after 1 a.m. to a reported disturbance with shots fired at the Tipton Street Pub.

Police found a man dead inside the business with multiple gunshot wounds.

Police said a preliminary investigation into the incident indicated there was a disagreement between the victim and another male, which they alleged resulted in the suspect shooting the victim multiple times before leaving the business.