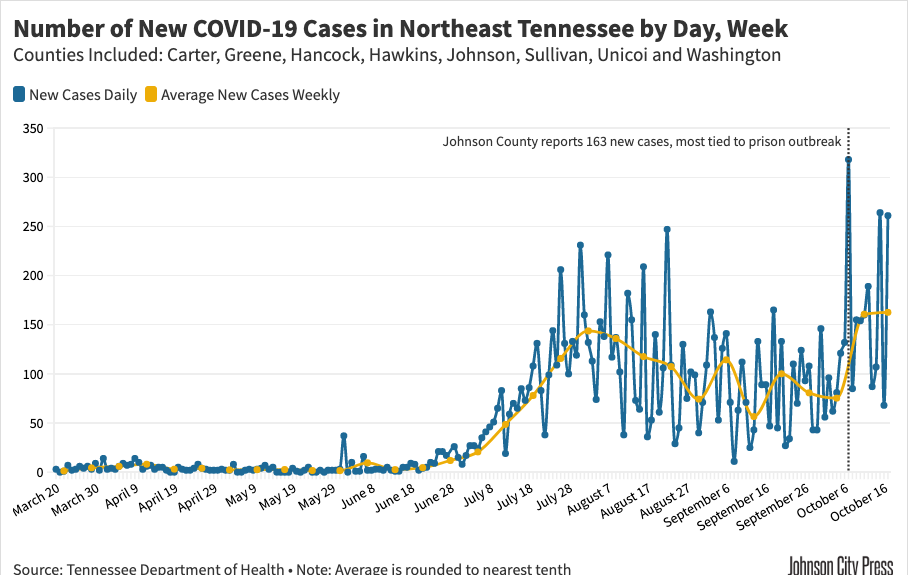 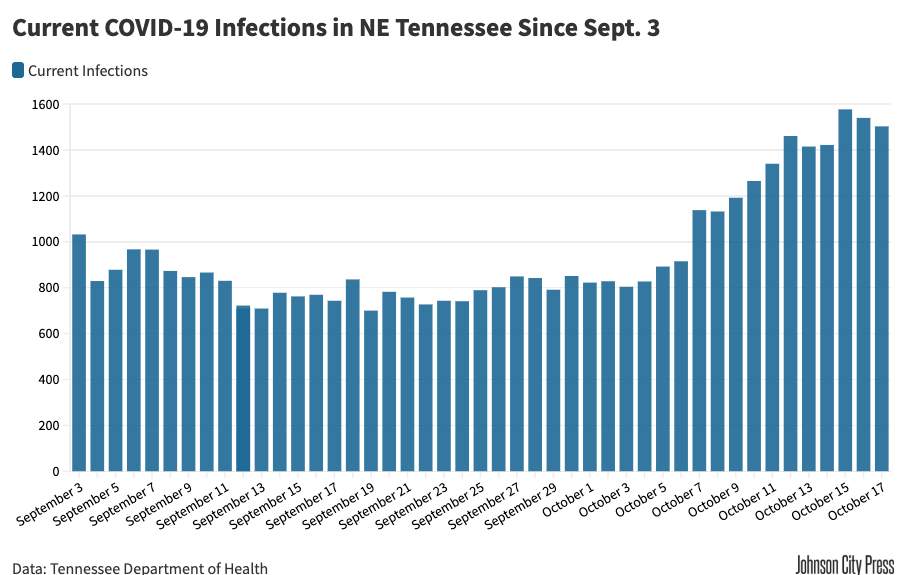 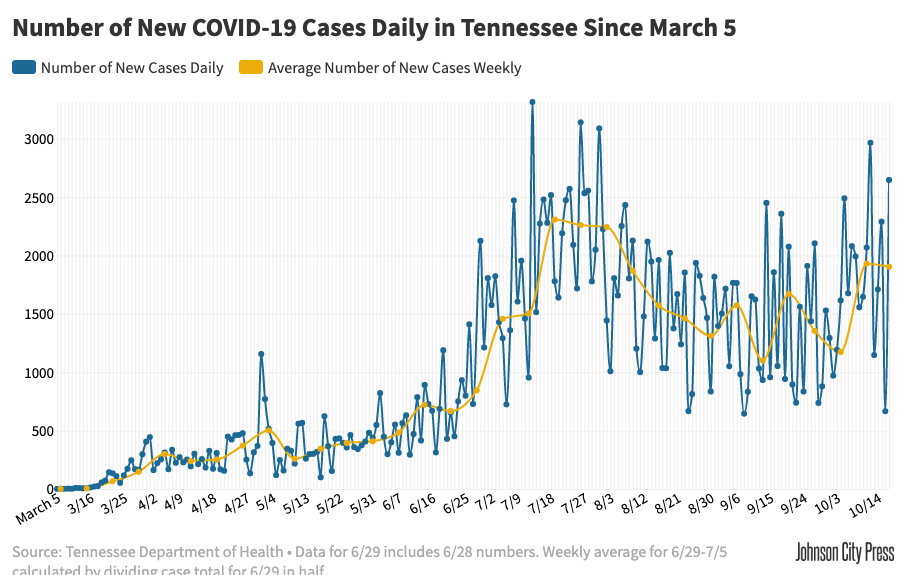 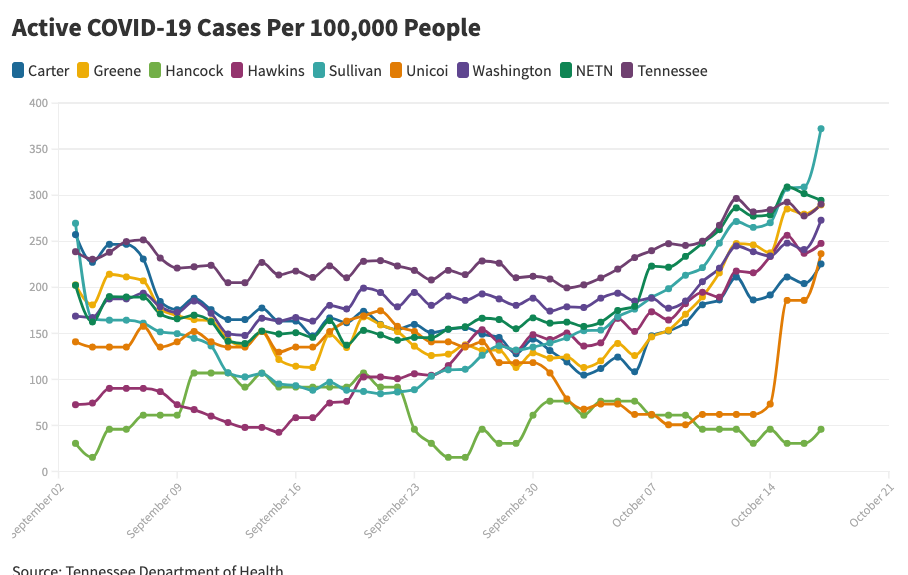 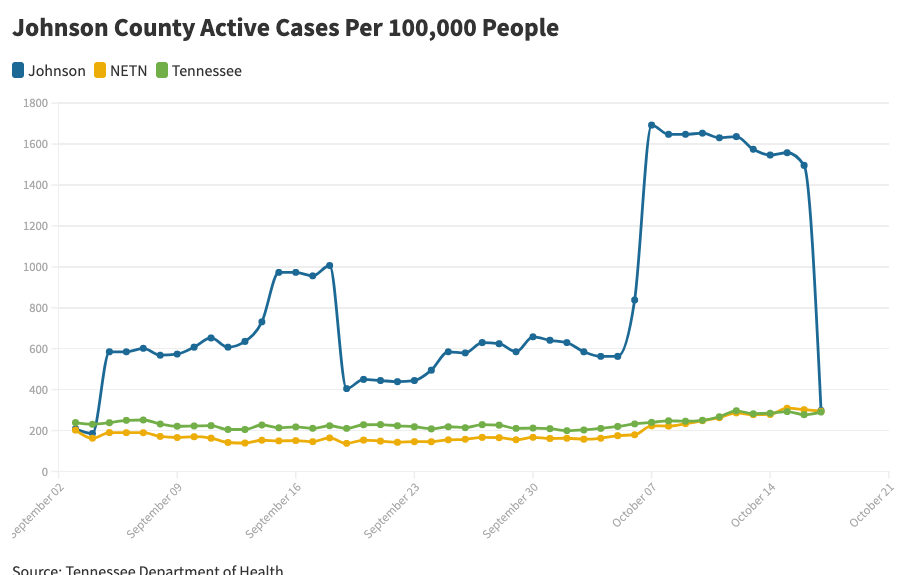 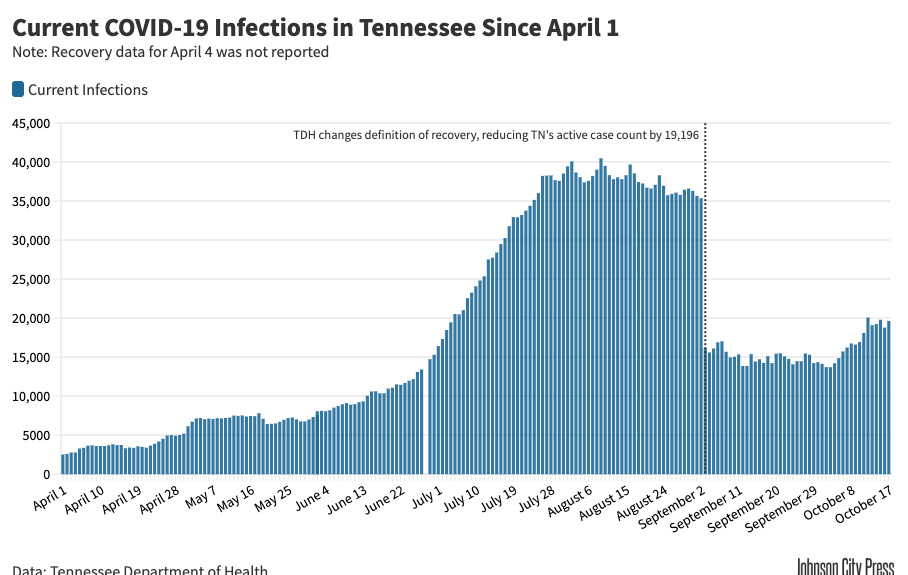 Northeast Tennessee’s novel coronavirus active case count dropped on Saturday, despite another surge in new cases, because the numbers from Johnson County’s recent prison outbreak expired from the data.

The upper eight counties reported 261 new COVID-19 cases. Because the state considers cases inactive after 14 days based on the average period a patient remains infectious, 297 cases fell out of the data. Johnson County accounted for most of the change with 219 cases reaching inactive status. Active cases reflect the number of new cases over the same period minus deaths.

After two new fatalities were reported in Sullivan County, the region’s active cases fell by 37 to 1,503. Still, that number has grown by 83% since Oct. 1.

Saturday’s new cases were due in part to a low reporting day on Friday caused by technical issues at the state level.

New cases among school-age children also surged, with 21 reported in Northeast Tennessee. Sullivan County had over half of them with 12. The region’s most populous county also accounted for nearly half of all new cases with 129 followed by Washington County with 59.

Statewide, the Tennessee Department of Health reported 32 new deaths and 2,646 new cases. The new deaths brought the state’s toll to 2,903.