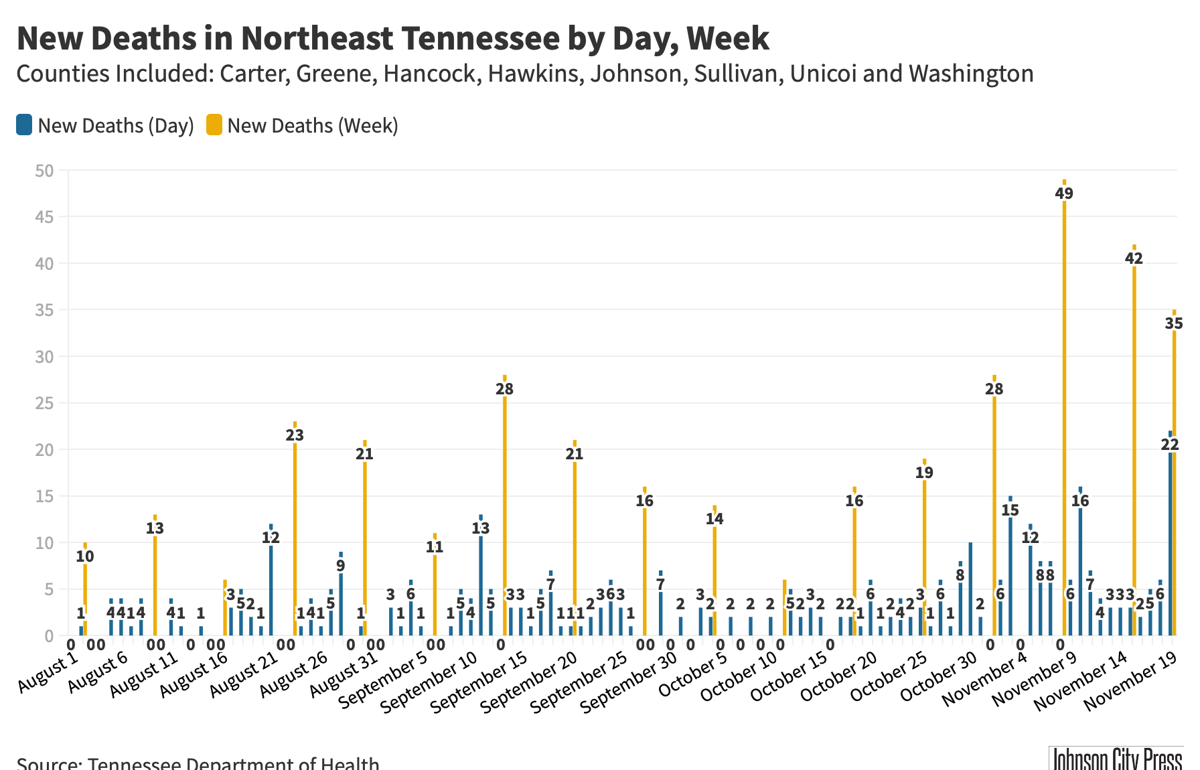 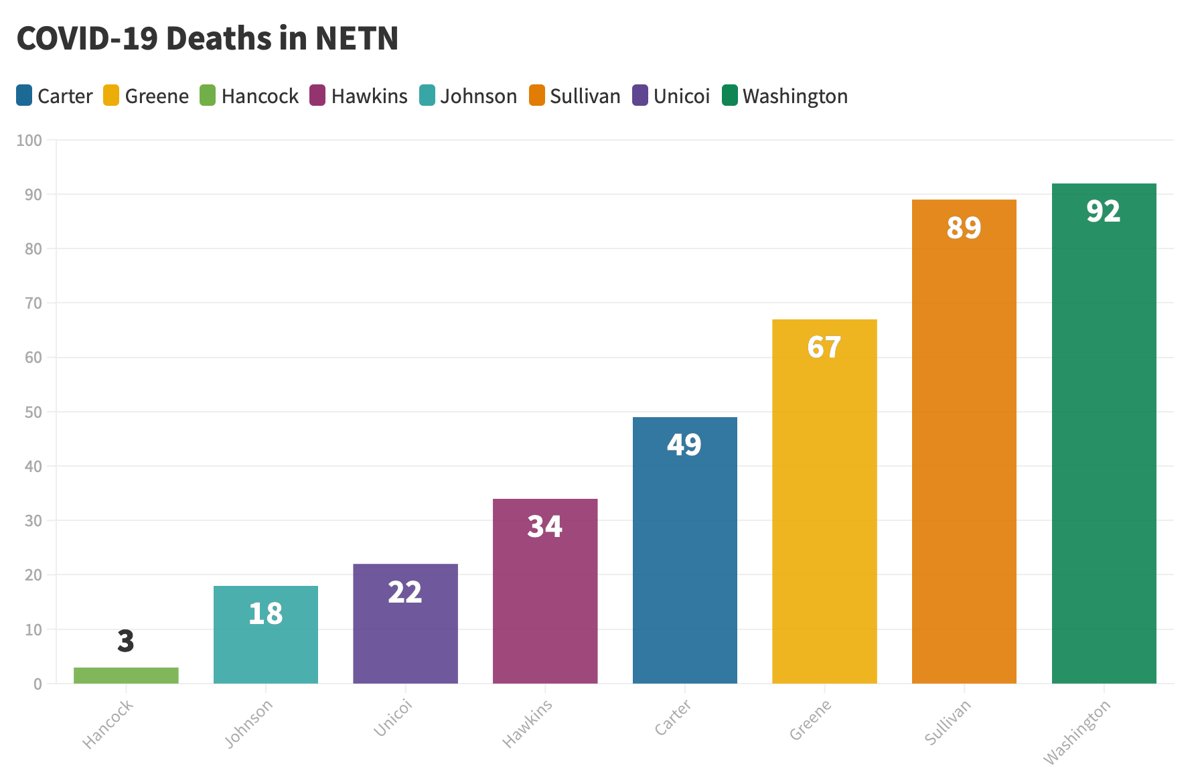 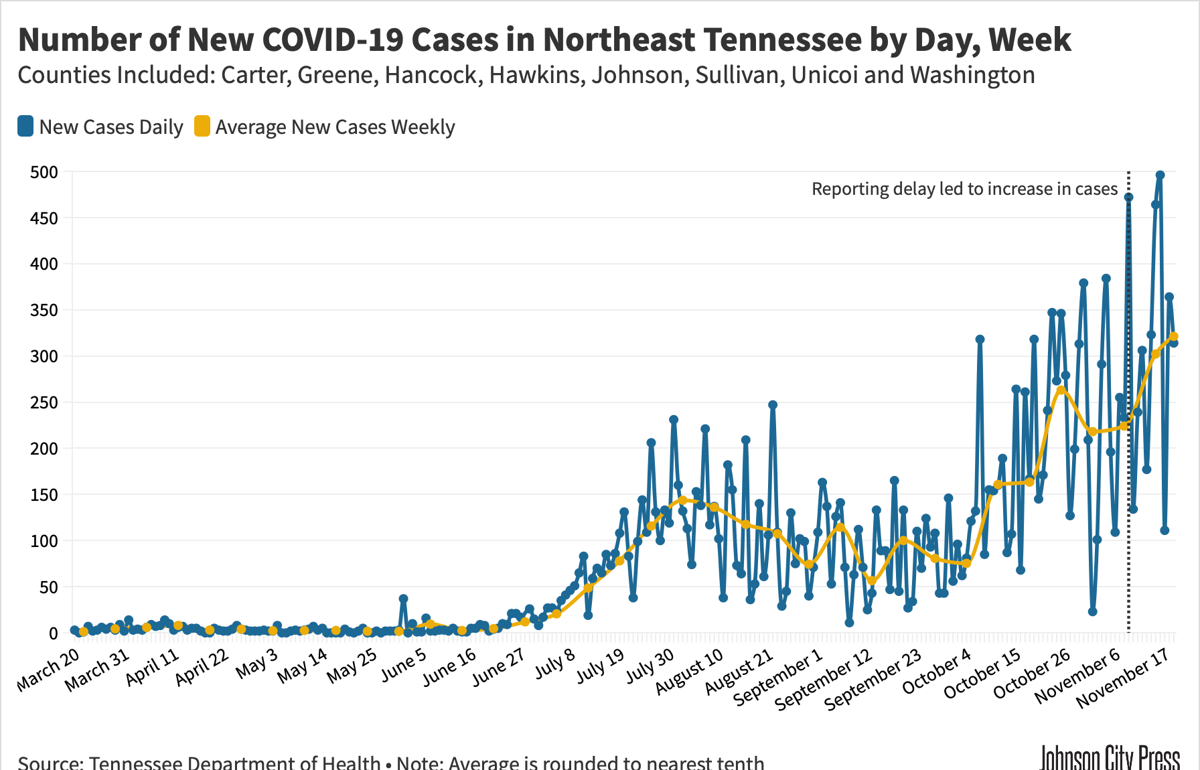 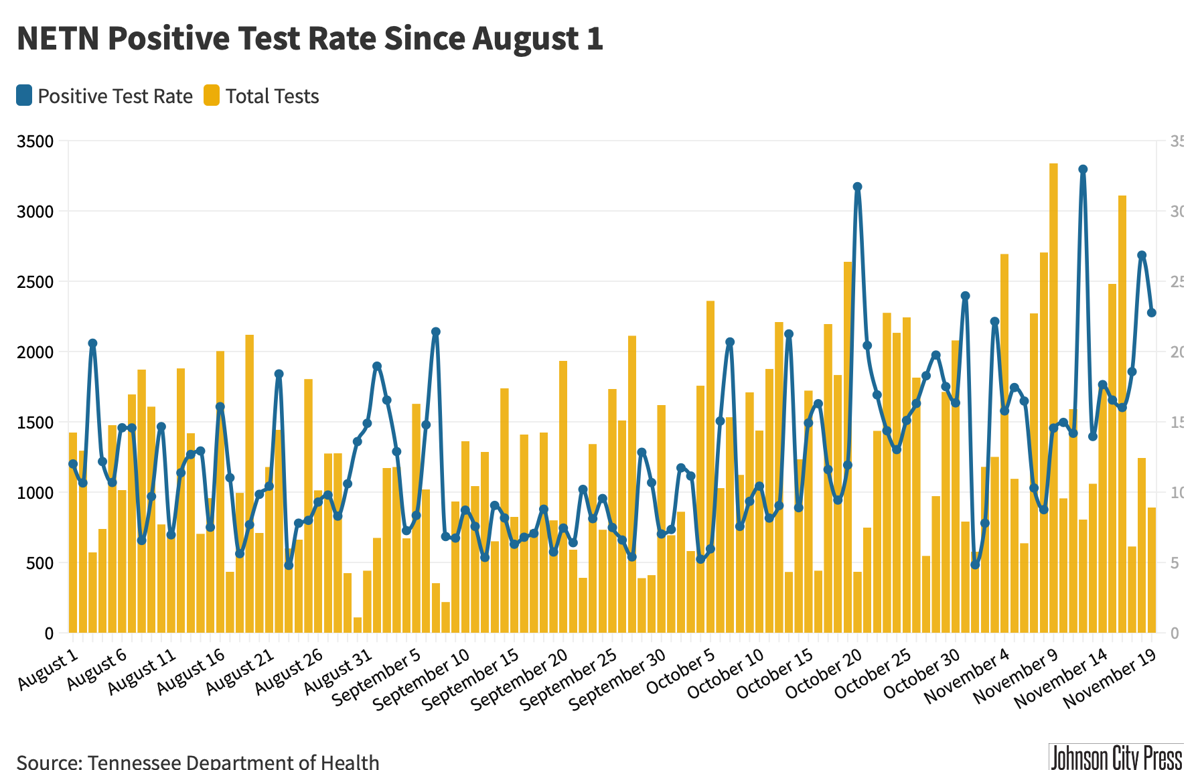 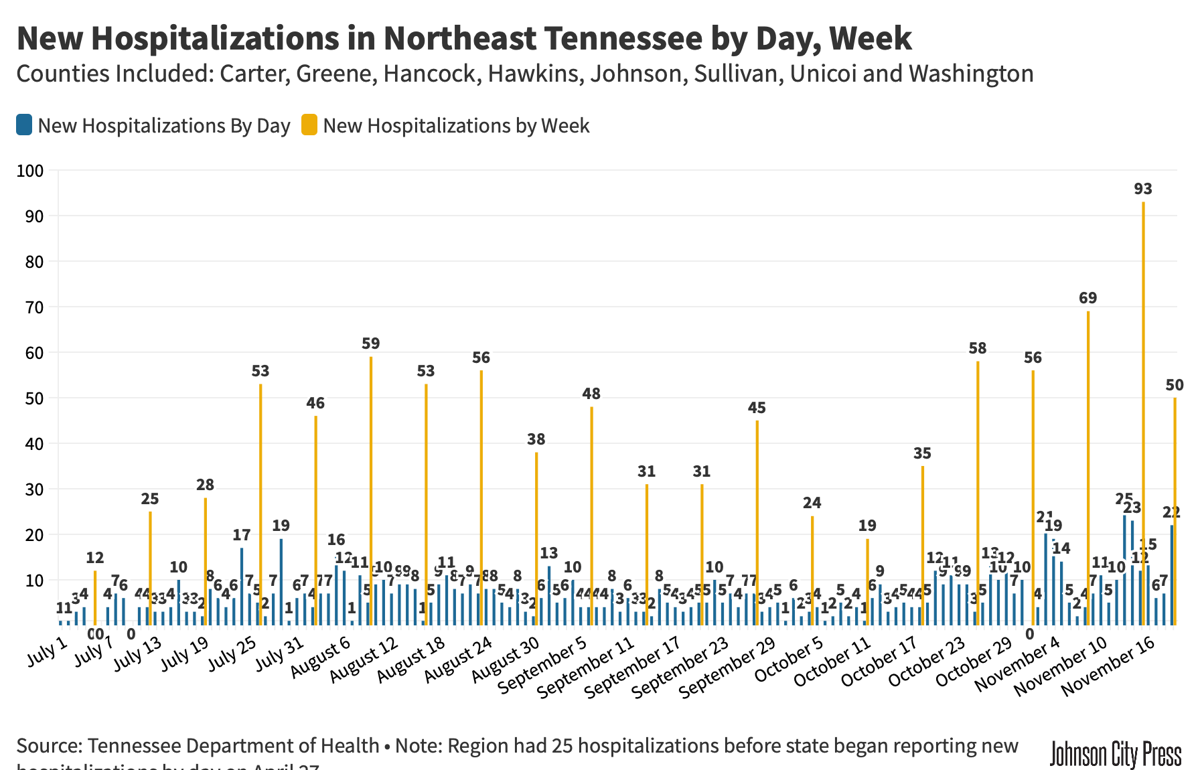 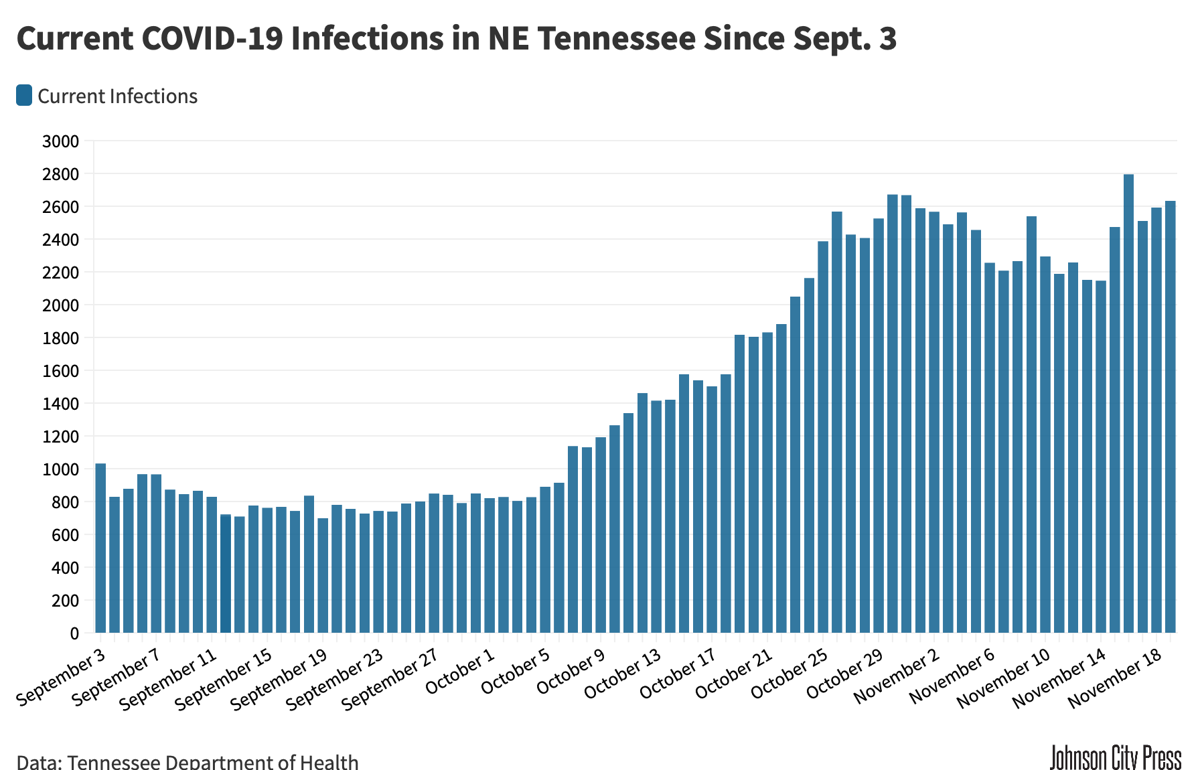 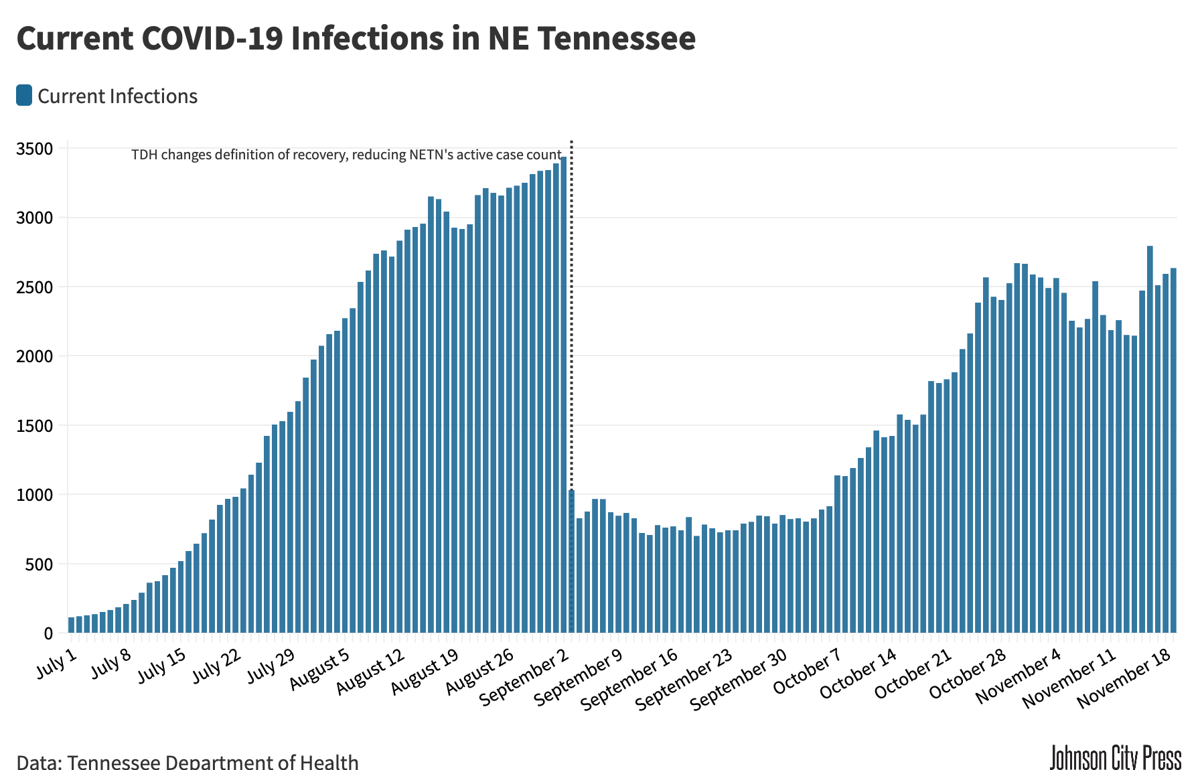 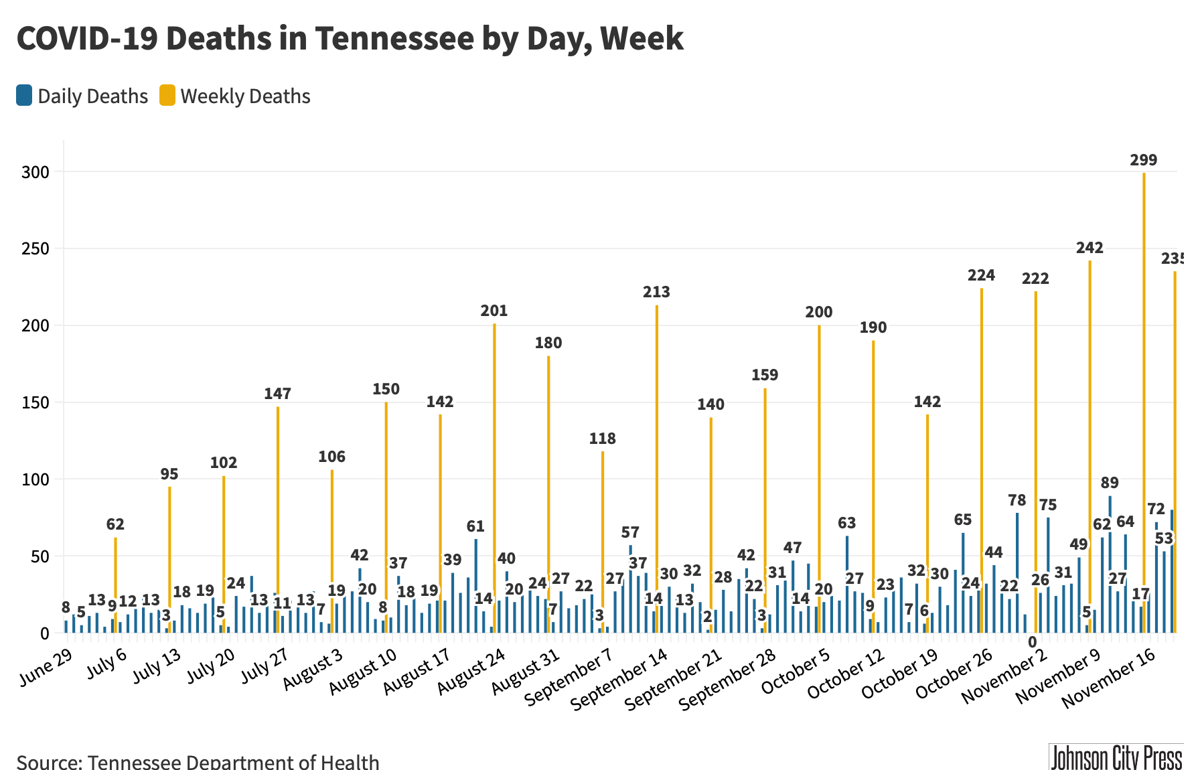 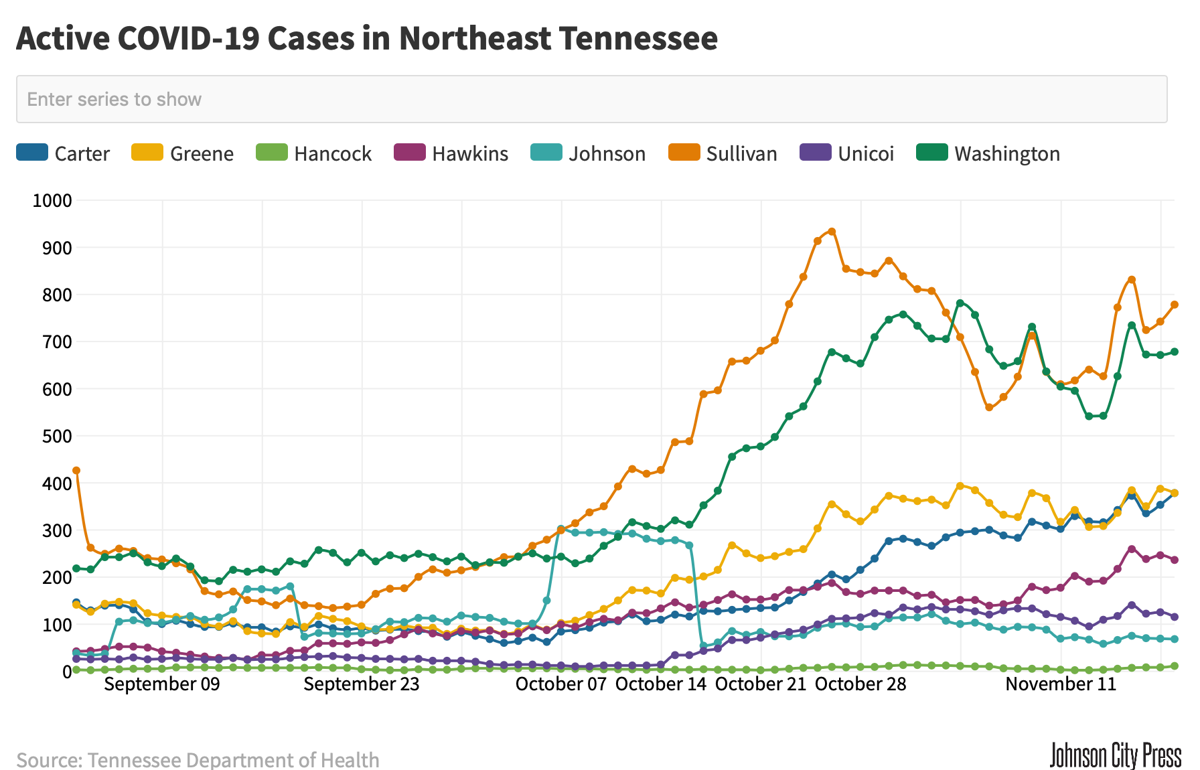 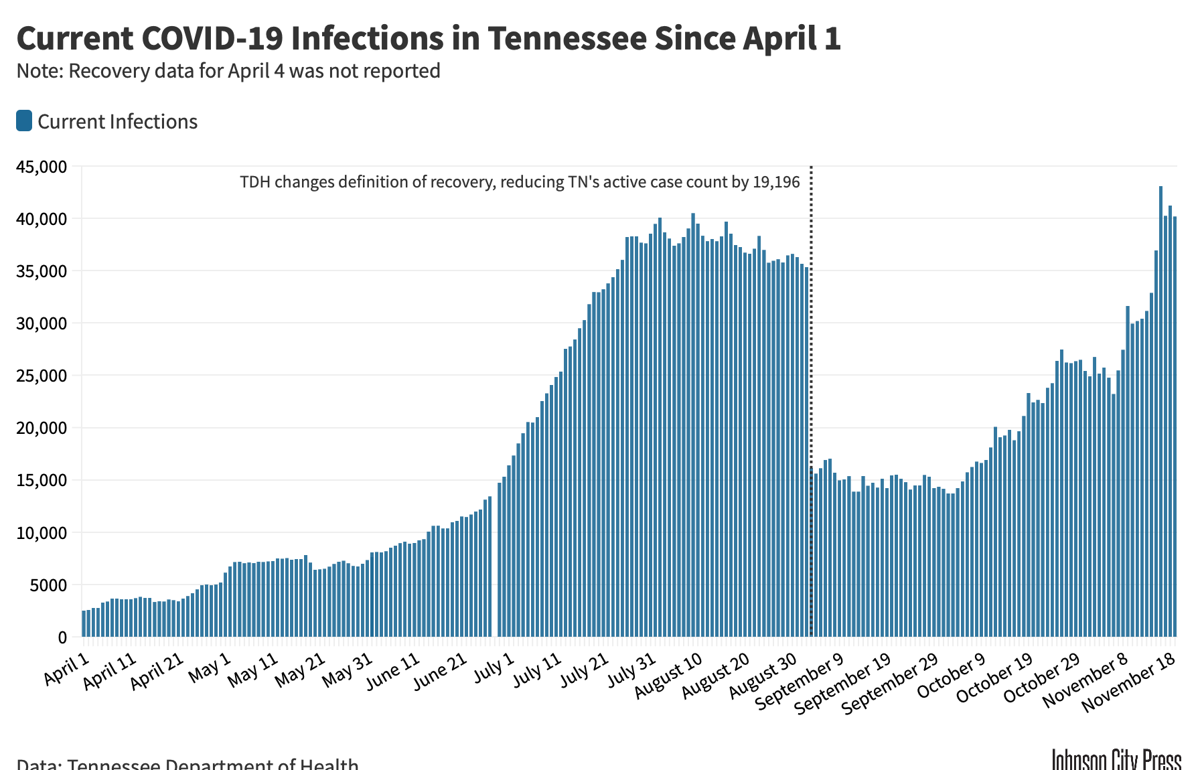 Northeast Tennessee reported 22 new novel coronavirus-related (COVID-19) deaths on Thursday, a single-day record for new deaths as the region’s toll continues rising — with a third of all reported deaths in the region having been reported since Nov. 1.

The region reported a record number of new deaths on Thursday with 22, six higher than the previous high set on Nov. 10. The three highest single-day death totals have been reported since Nov. 1, with 126 new deaths reported in that time — 33.68% of the region’s total.

Ballad Health reported a record decrease in the number of COVID-19 inpatients on Thursday, falling by 21 to 225. Of those hospitalized, 45 (+4) were in intensive care and 34 (+5) on ventilators — a record number of ventilated patients. There were nine others awaiting test results.

During a press conference on Wednesday, Ballad officials said they’re still expecting a rise in hospitalizations in the coming weeks — particularly after Thanksgiving, with the hospital system on track to surpass 300 hospitalized patients by mid-December.

“Through the end of December to mid-December, we expect that we’ll get to 350 (hospitalizations),” said Ballad Chief Operating Officer Eric Deaton, “so that will be about a hundred more inpatients than we have today just in the next three weeks or so.”

ETSU’s active case count continued to rise on Thursday, increasing by three to 36, with 30 students and six staff currently infected. There were eight new cases reported for a total of 27 so far this week, the fifth-highest week reported but the fourth week of decline — seven below last week’s total with one day remaining. There were 21 (no change) quarantined in ETSU housing.

In total, 429 have been infected and 393 are considered inactive.

The Mountain Home VA’s active case count tied its previous record number of active cases at 120 on Thursday, rising by 37 since Tuesday. As of Thursday, there were 915 (+18) total cases attributed to the facility, of which 120 (+11) were active cases and 750 (+7) inactive. Forty-five (no change) have died.