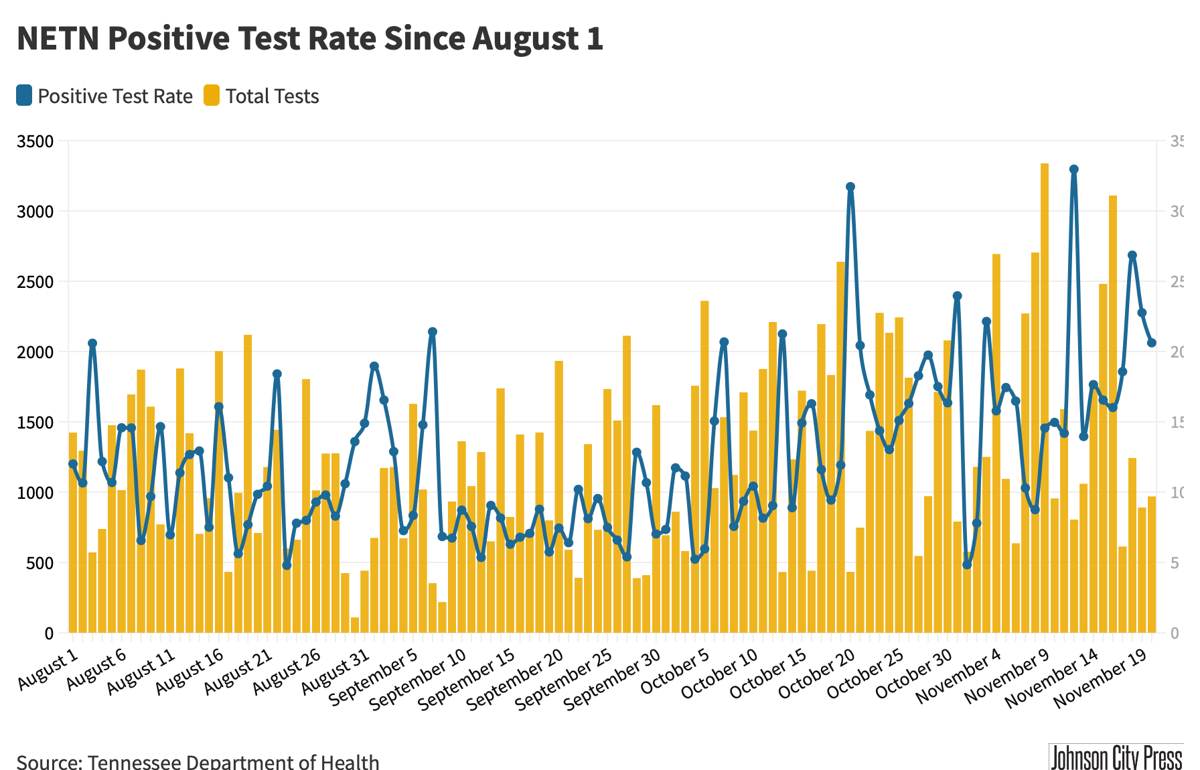 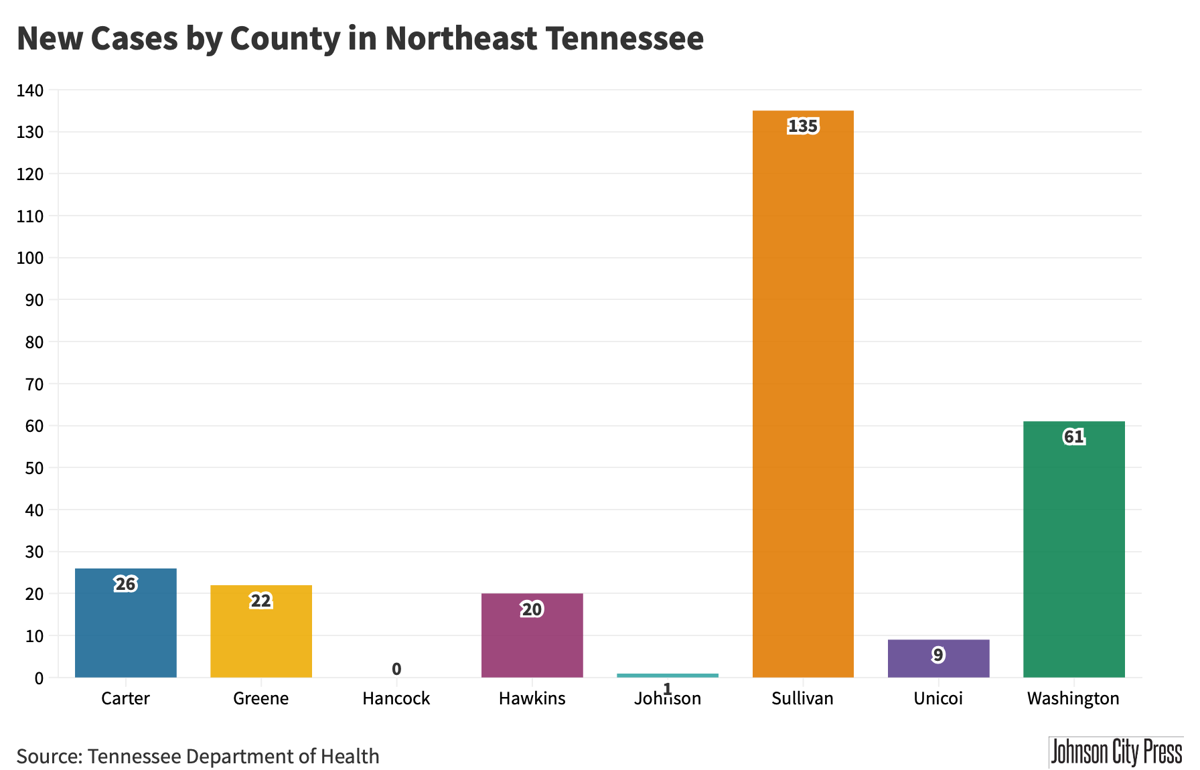 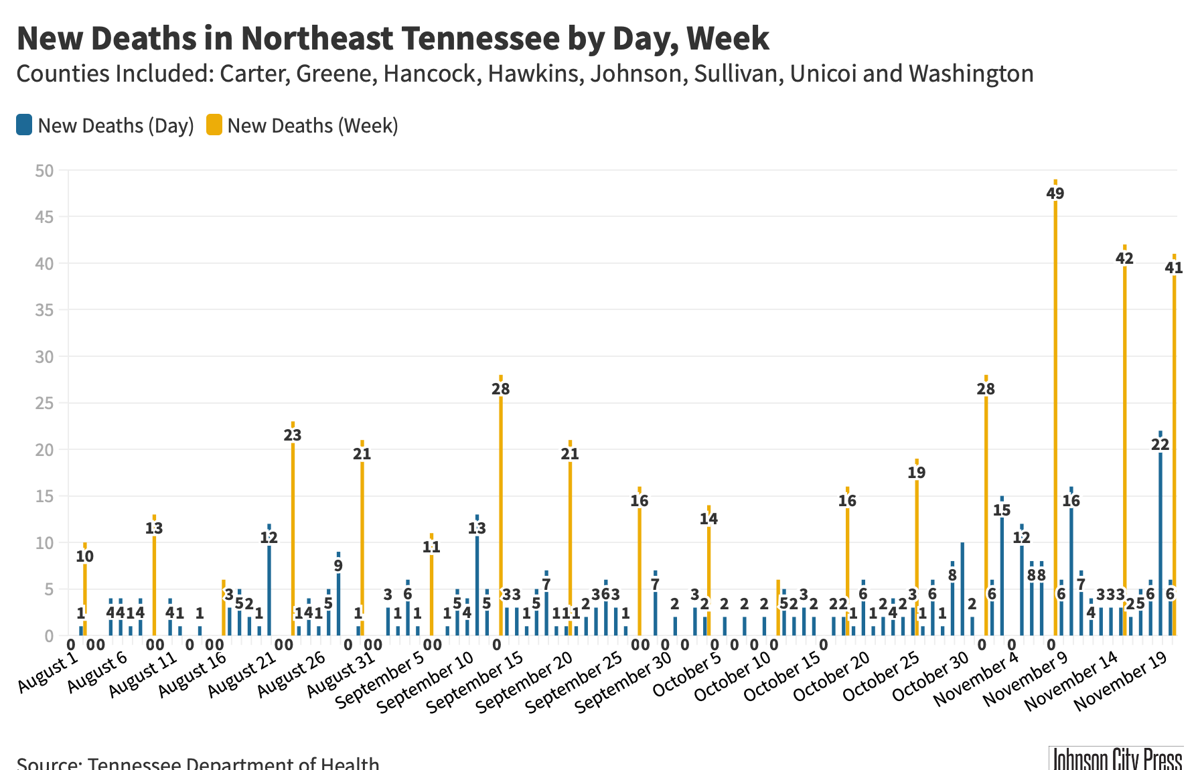 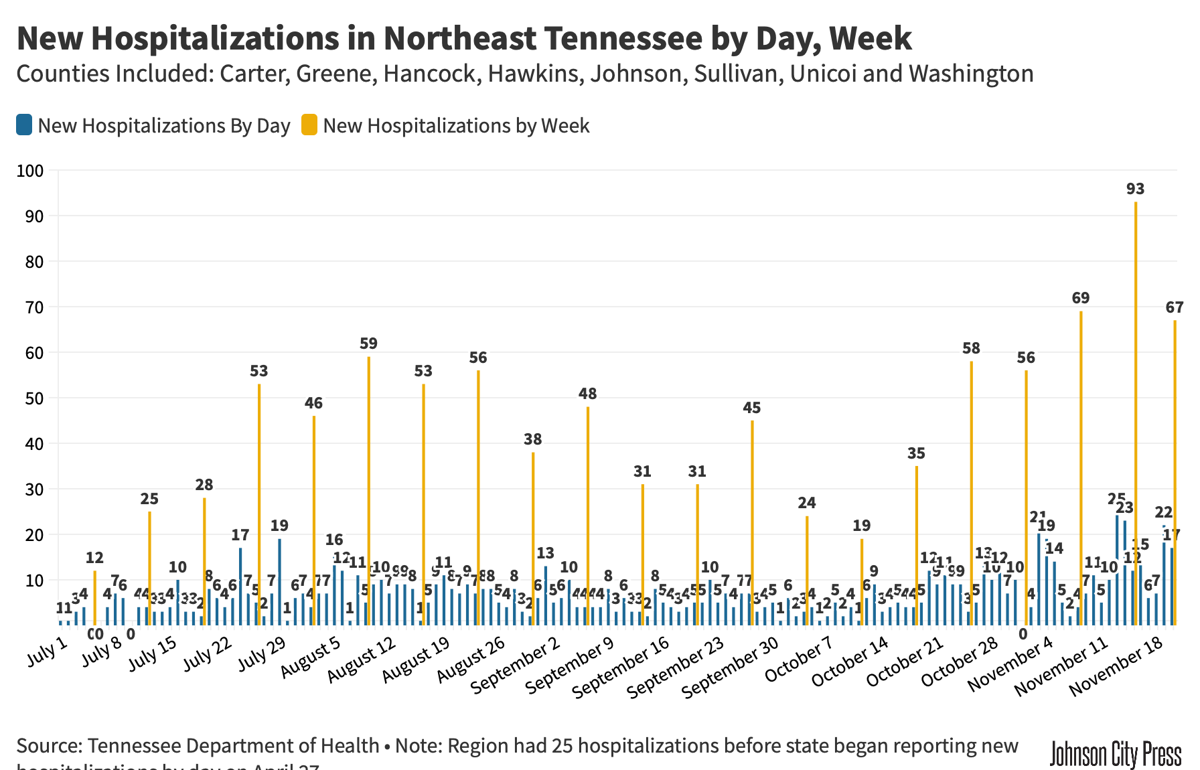 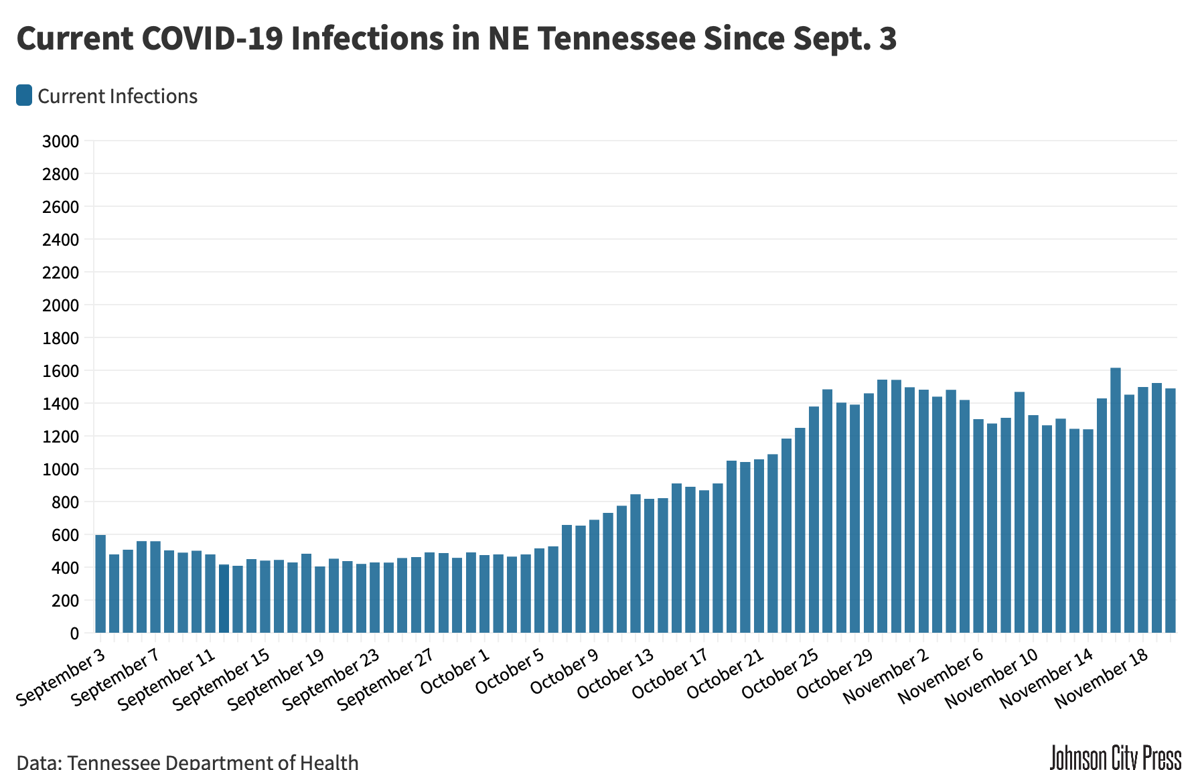 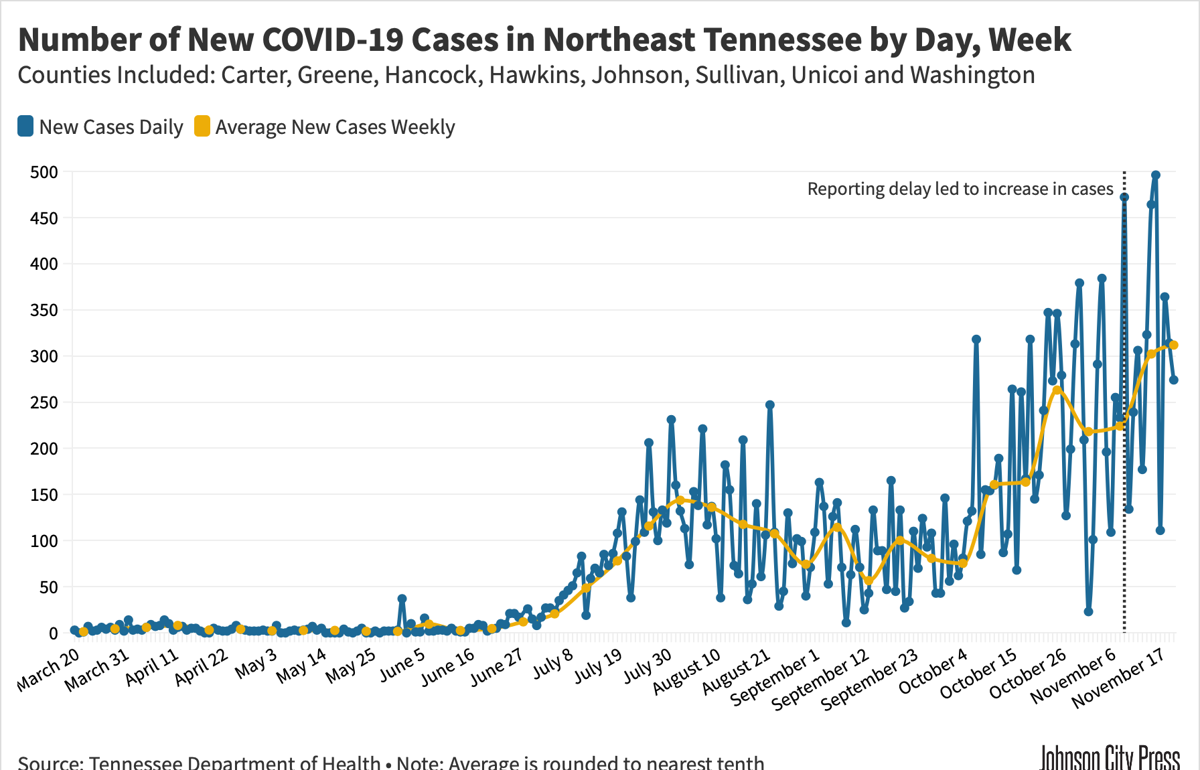 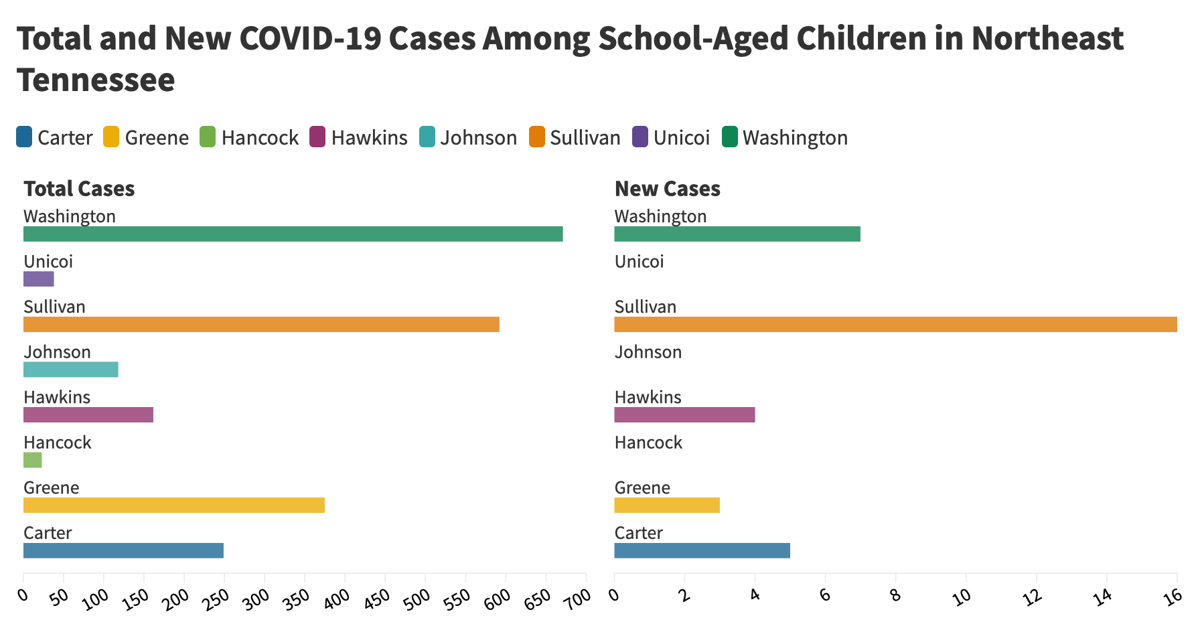 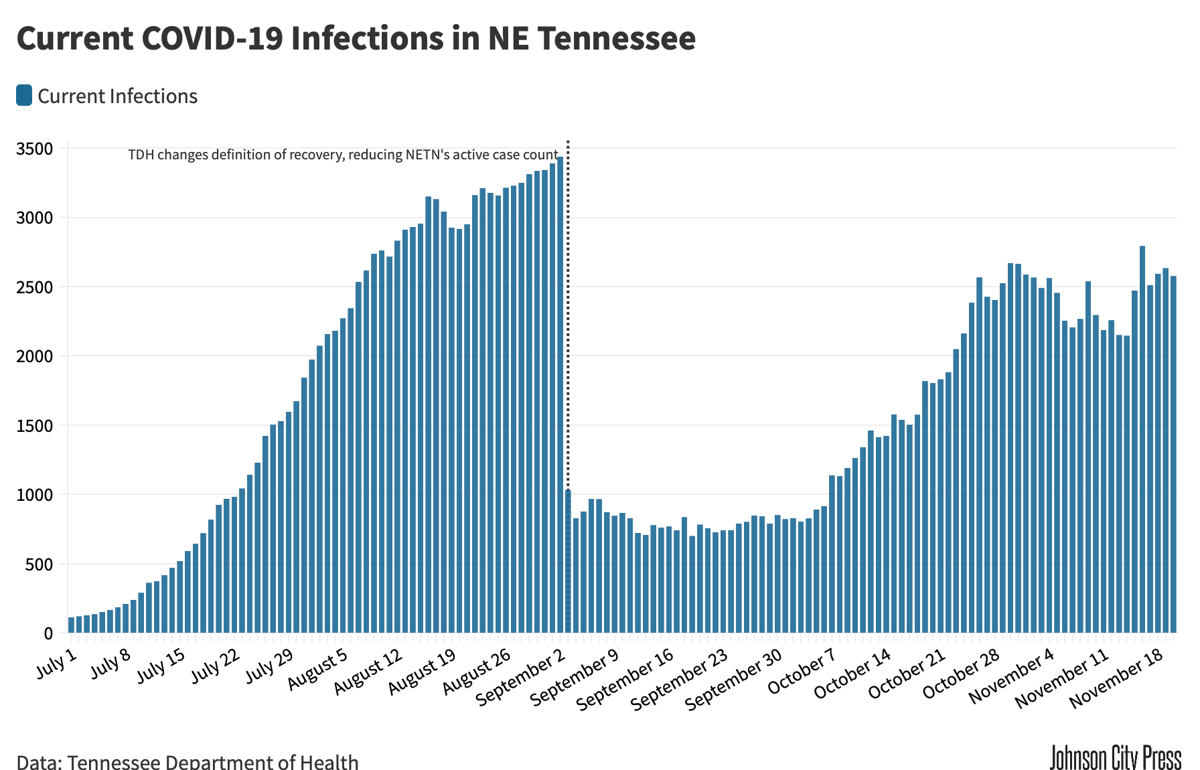 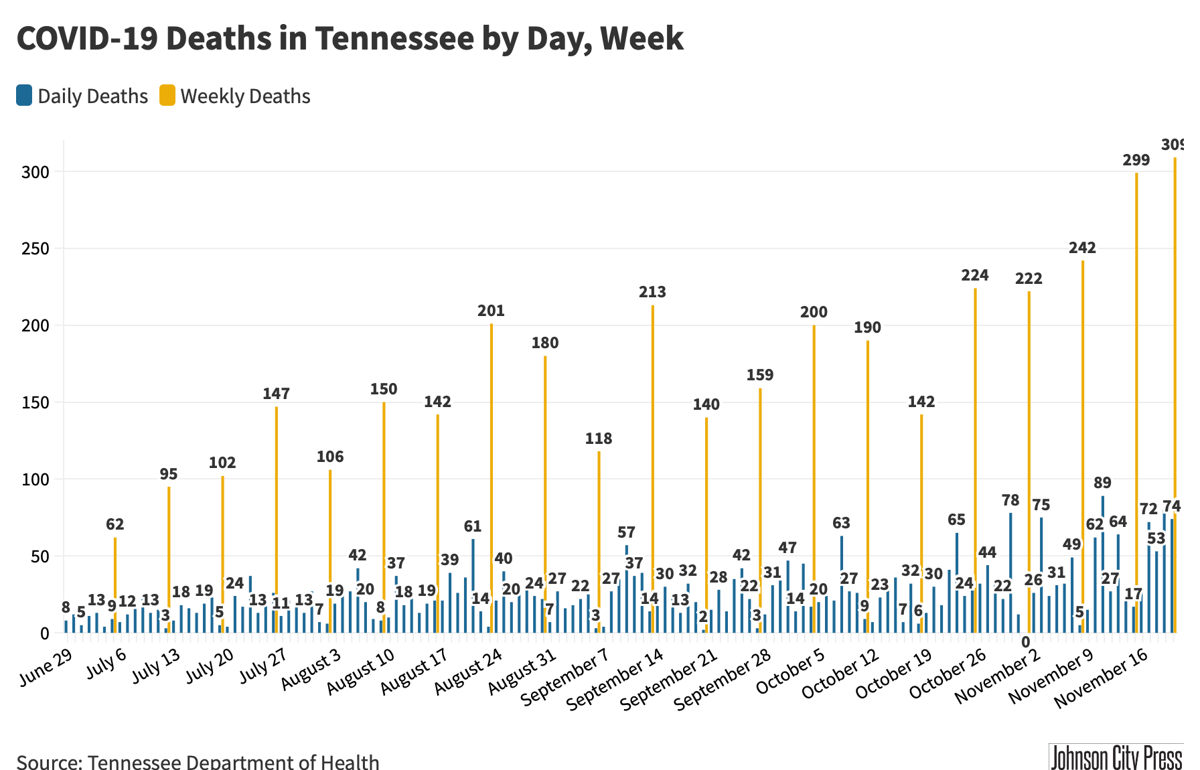 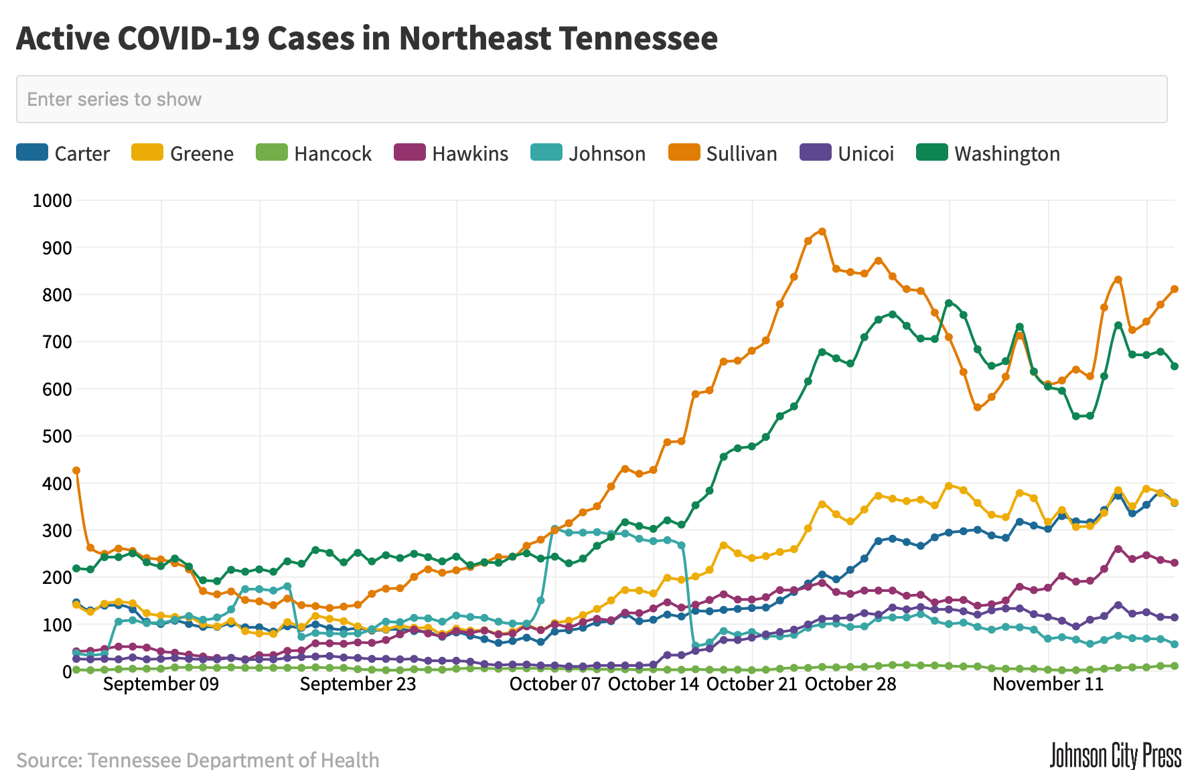 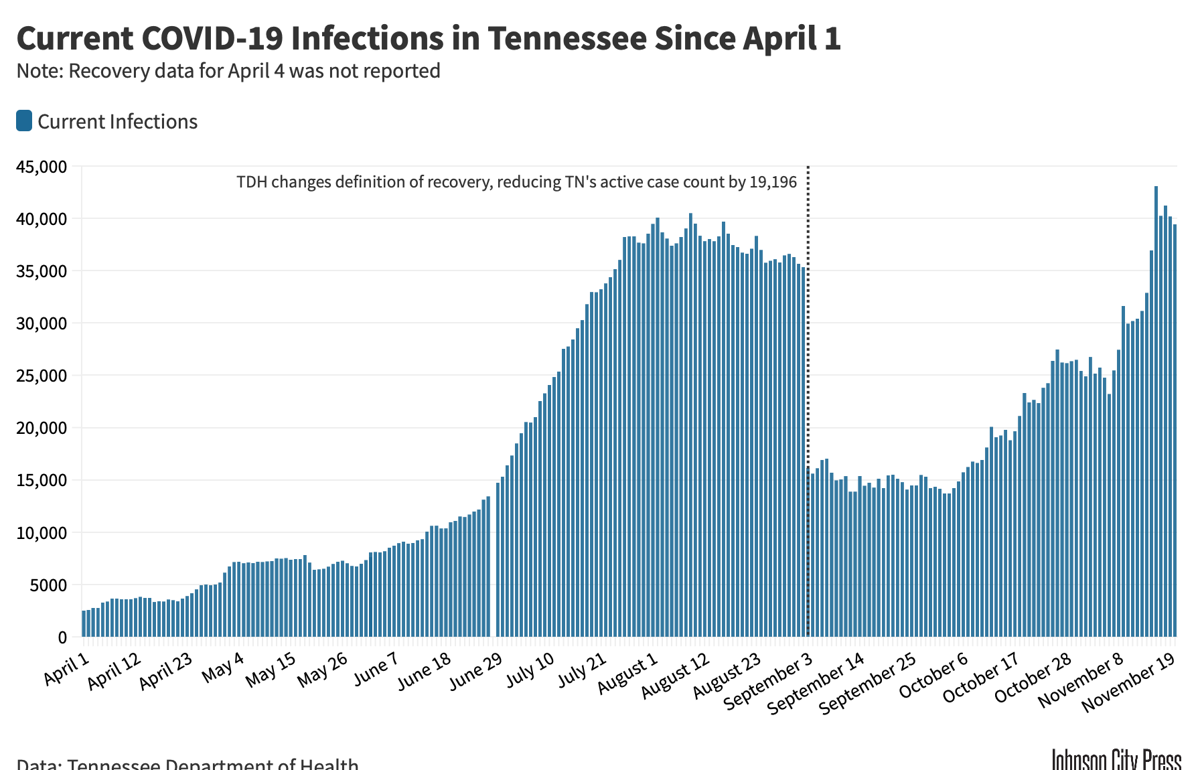 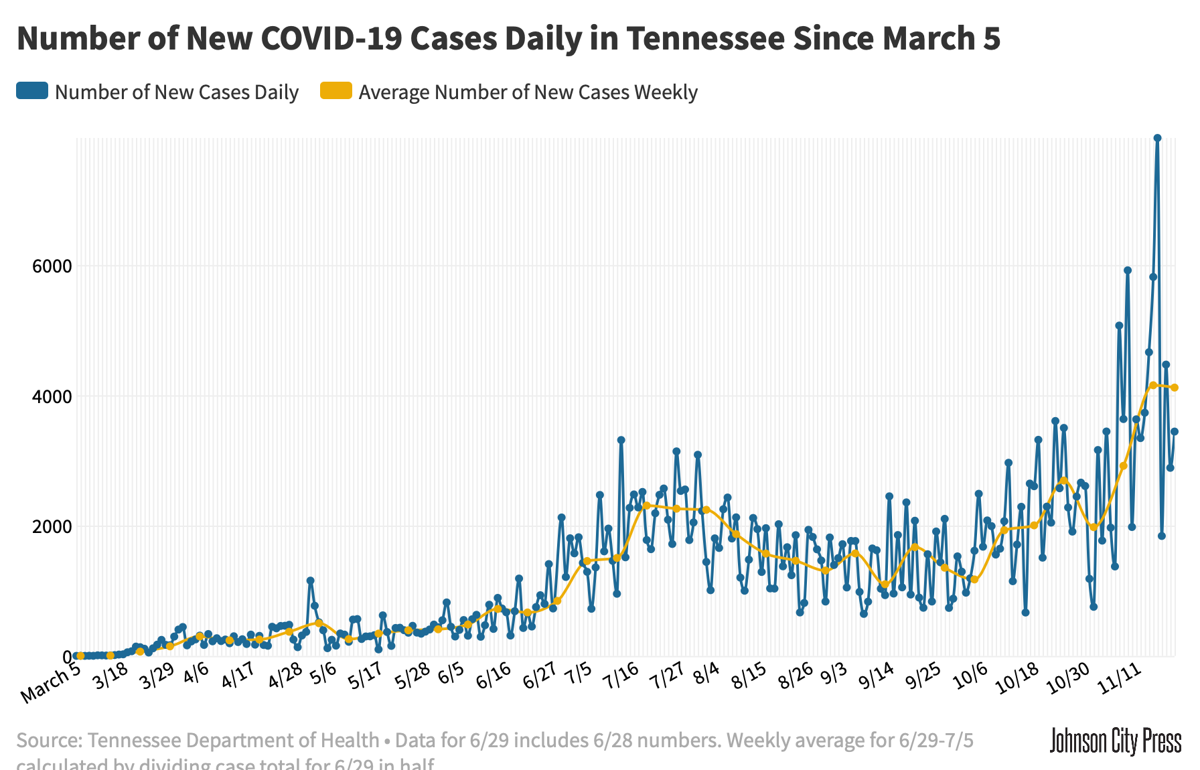 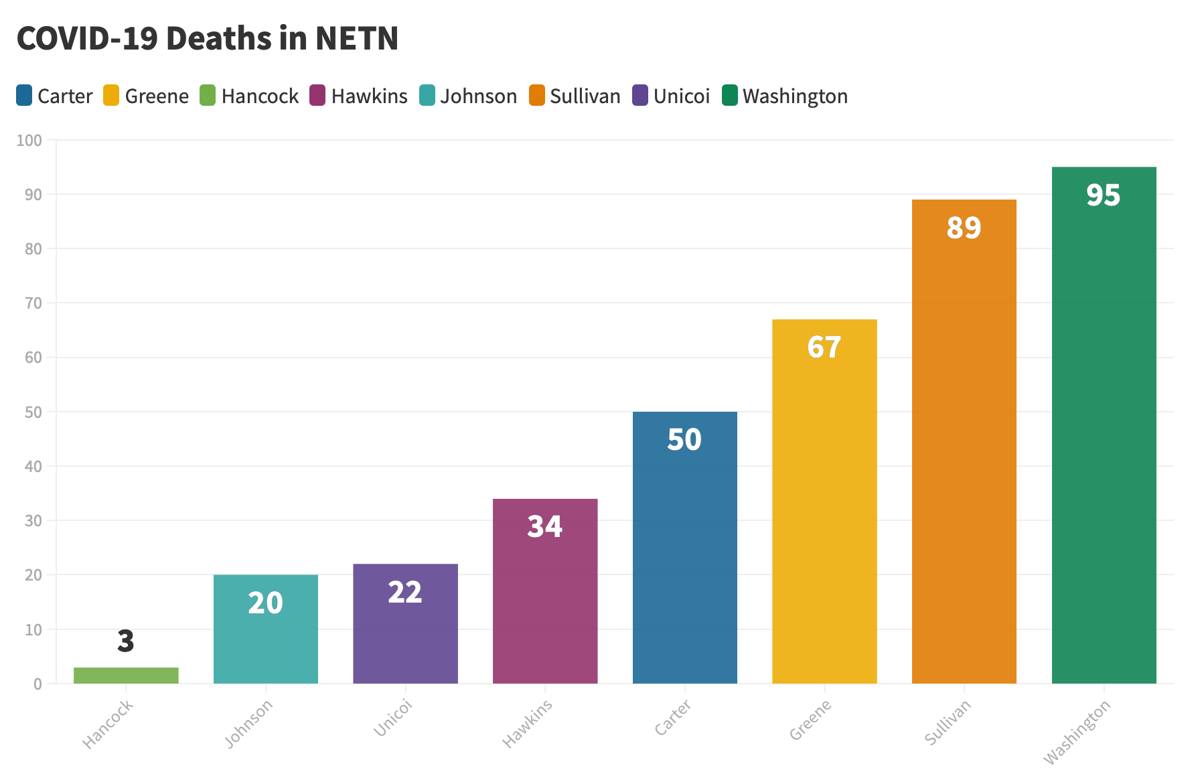 Sullivan County, which reported the most new tests, had the highest positivity rate at 33.22%. Washington County had the second most reported tests and a positive rate of 16.55%.

Active cases, meanwhile, fell by 57 from Thursday’s count, though they remain up compared to this time last week. Sullivan County (+33) was the only county to report an increase in active cases, though Hancock County reported no change.

Ballad Health reported another drop in the number of patients hospitalized with the virus on Friday, down to 220 from a peak of 253 on Tuesday. Of those hospitalized, 39 (-5) were in intensive care and 30 (-4) were on ventilators. Eight others were awaiting test results.

University School’s active case count was down to two from a weekly high of five, along with 36 still in quarantine. So far this week, only one new case has been reported after a record of five last week.

There were 35 new cases reported among school-age children in the region on Friday, many in Sullivan, which added 16. Carter (+5), Greene (+3), Hawkins (+4) and Washington (+7) counties also reported new cases.

East Tennessee State University’s active case count rose by four to 40 on Friday, continuing a recent upward trend over the past few days. There were 31 students infected and nine employees. There were 44 (+23) quarantined in ETSU housing. There were 10 new cases reported on Friday, tying for the third highest single-week total reported since June.

In total, 439 have been infected with 399 considered inactive.

The state reported 74 new deaths on Friday, bringing the total since Monday to 309 — the first time that number has crossed the 300-mark for a week with two reporting days still remaining. It is likely the state will set a record for new deaths in a month as well.

Tennessee’s hospitalization numbers continued to rise on Thursday, the sixth straight record-breaking day as the number of COVID-19 inpatients statewide reached 2,035 — 551 of which are in the ICU, and 254 on ventilators. ICU capacity was at 10%, while general capacity was at 14% statewide. 73% of ventilators are still available.