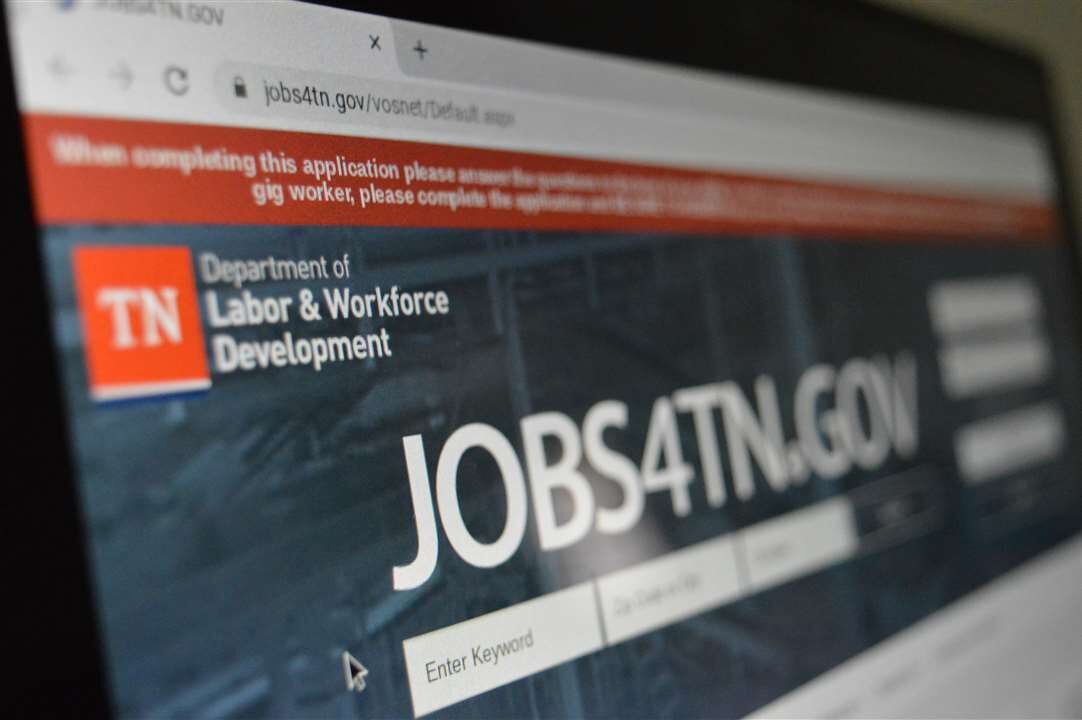 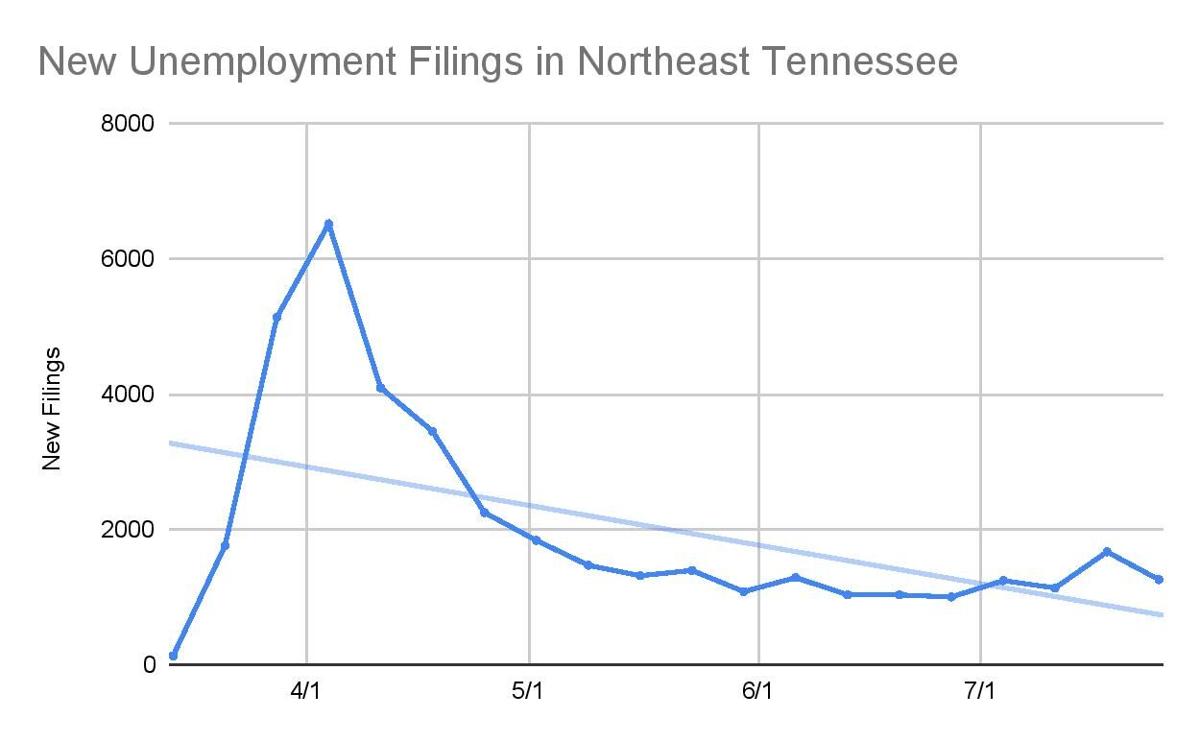 The number of new unemployment claims in Northeast Tennessee has dropped since the week prior, but are still hovering at a rate several times higher than before the onset of the novel coronavirus (COVID-19) pandemic.

Residents in the eight counties of Northeast Tennessee, including Washington, Sullivan, Unicoi and Carter, filed 1,261 new claims during the week ending July 25, according to data from the Tennessee Department of Labor.

This marks a roughly 25% drop compared to a spike that occurred in the week ending July 18, during which 1,672 new claims were filed. During the week of March 14, before the impact of the outbreak was reflected in the numbers, the region had 132 new claims filed overall.

But, new unemployment filings in Tennessee are still seven times higher than they were during the week of March 14, when 2,702 new claims were filed.

“The numbers show that honestly this is nowhere close to where we were pre-pandemic,” said Chris Cannon, a spokesman for the Tennessee Department of Labor. “Pre-pandemic we were maybe taking 2,700, and we’re still hovering around the 20,000 mark of new initial claims each week.”

Cannon said there are still businesses sending in WARN notices notifying the department of temporary layoffs.

“Obviously we haven’t fully recovered,” he said. “We’re still taking in approximately three months worth of new claims in a week.”

Continued claims, those that are still active and are certified weekly, have maintained a steady decline statewide, dropping from a high of 325,095 during the week ending May 9 to 242,397 during the most recent period, which is a 25% decline.

Since mid-May, Cannon said the state has not dipped into its unemployment trust fund, the pot of money is uses to pay unemployment benefits. The state has instead relied on federal money through the Coronavirus Relief Fund, leaving the trust fund to earn interest.

“The plan is to go month-by-month to see how the money from the Coronavirus Relief Fund is accessible, and if so, then we’ll continue to use that money to supplement and bolster the unemployment trust fund,” Cannon said.

Cannon said the unemployment process is moving smoother than it was when the unprecedented surge in new claims hit the department in mid-March, jumping from 2,700 to nearly 40,000 in the period of a week.

He said the department has hired more than 400 contract workers to work with customer service and in processing claims. More adjudicators and appeals hearing officers have also been hired.

“There’s only so many people you can hire and only so much you can do when you have such a surge that is continuing and not really letting up at all,” he said.

Between contract workers, call centers, online chat and new state officers, Cannon estimated the department has up to 450 new people, more than doubling the staff working in the unemployment division at the beginning of March.

On Tuesday, state House Speaker Cameron Sexton said the state’s unemployment system had a couple of problems it was facing as the spike in new claims occurred.

One, the software wasn’t capable of handling the influx, meaning the state had to spend time upgrading it, and two, the system had to figure out a way to include self-employed people who qualified for benefits thanks to the $600 unemployment assistance offered through the CARES Act.

“I think one lesson is you have to continue to invest in technology and software in state government to get it as close to businesses as you can,” Sexton said.

The Department of Labor has changed how it reports regional unemployment filings on its website, and new numbers for Northeast Tennessee from the week ending June 13 through March 14 appear to be higher than what was previously released by the state.

“The numbers used early on when posting the (local workforce development area) numbers came from the advanced report to the United States Department of Labor,” Cannon said. “When the (Tennessee Department of Labor) began offering automated county-level data, those numbers have to come directly from the unemployment computer system. Those are fluid numbers that change from the preliminary numbers due to changes in claims.”