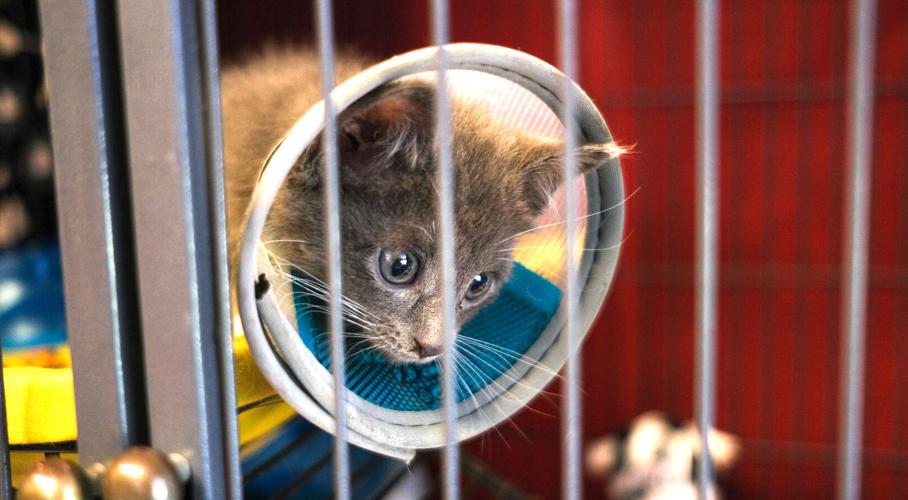 This kitten came into the shelter with an injury, and is wearing a cone after having surgery. 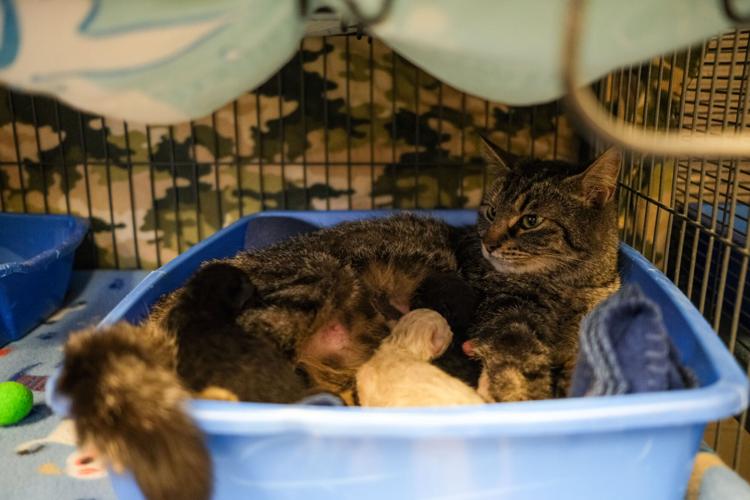 A mother cat nurses her kitten after giving birth over the weekend at the Washington County/Johnson City Animal Shelter.

This kitten came into the shelter with an injury, and is wearing a cone after having surgery.

A mother cat nurses her kitten after giving birth over the weekend at the Washington County/Johnson City Animal Shelter.

With kitten season on the horizon, the Washington County/Johnson City Animal Shelter is hosting its annual Kitten Shower donation drive this weekend.

Tammy Davis, the shelter’s director, said kitten season is the shelter’s busiest time of the year, and they’re hoping to get donations of dry and canned kitten food, milk replacement, bottles and even warming pads — anything that can help them care for the influx of kittens they’re sure to see this summer. A list of needed items can be found on the shelter’s donation page, as well as its Amazon and Chewy wishlist, which can be found at bit.ly/3Ke2mWi.

“Our goal is to hopefully stock up on all the supplies that we need so that we can have it for the kittens coming in, and so that we can give them out to the kitten fosters who take the tiniest kittens from us,” Davis said.

The event will be held on Saturday, April 30th, from 1-6 p.m. at the shelter, 3411 N. Roan St. There will be hourly giveaways, and anyone who brings in a 14-pound or heavier bag of food will be entered to win a gift basket.

Davis said typically kitten season was March to July, but in recent years they’ve found it’s been more like April to November. Thus far they haven’t seen many kittens entering the shelter, but have a number of pregnant cats, including one that gave birth at the shelter over the weekend. Davis said the shelter is fortunately in a more comfortable position to handle an influx of animals, though that could change quickly.

And while donations are greatly appreciated, the best way to help is to adopt or foster an animal.

“If a kitten comes in and is old enough to be adopted, we will spay or neuter it, vaccinate it and get it ready for adoption,” Davis said. “But when the kittens come in that are under 8 weeks of age, that takes up a lot of space and they can be here for several weeks, so having that foster home that they can go into is a lifesaver in so many ways.”

Jonathan Roberts is a reporter and photographer for the Johnson City Press covering Health Care, Johnson City and Jonesborough. He is a member of the National Association of Hispanic Journalists, and has been with the Press since 2019.