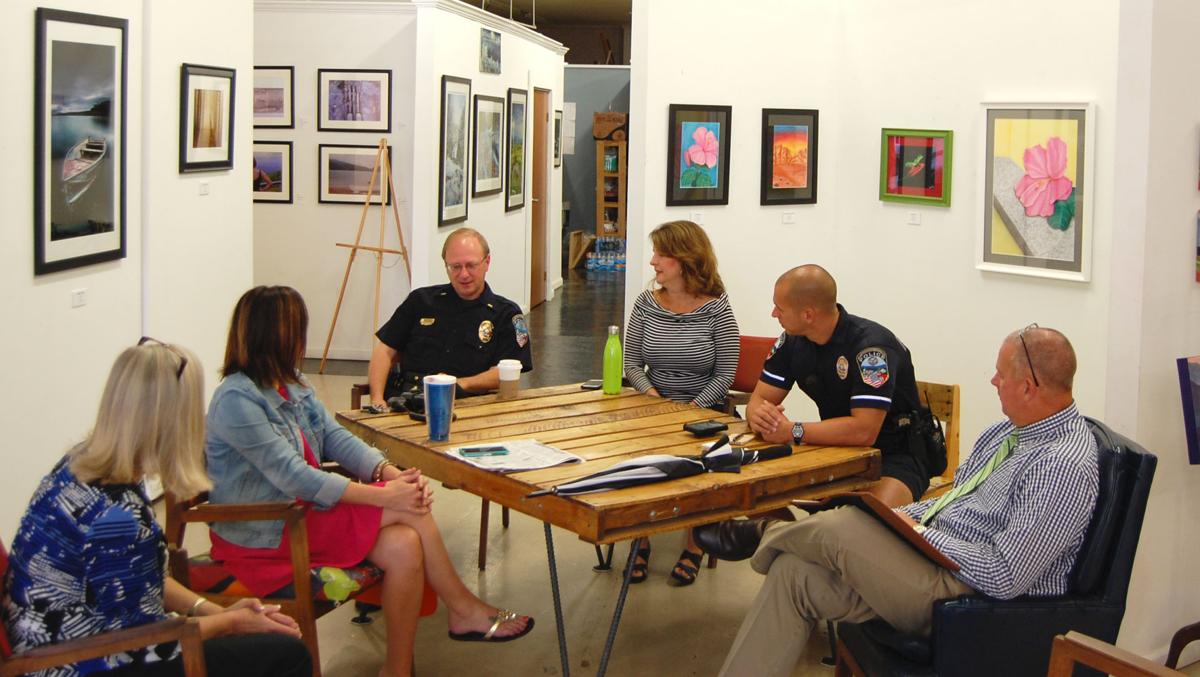 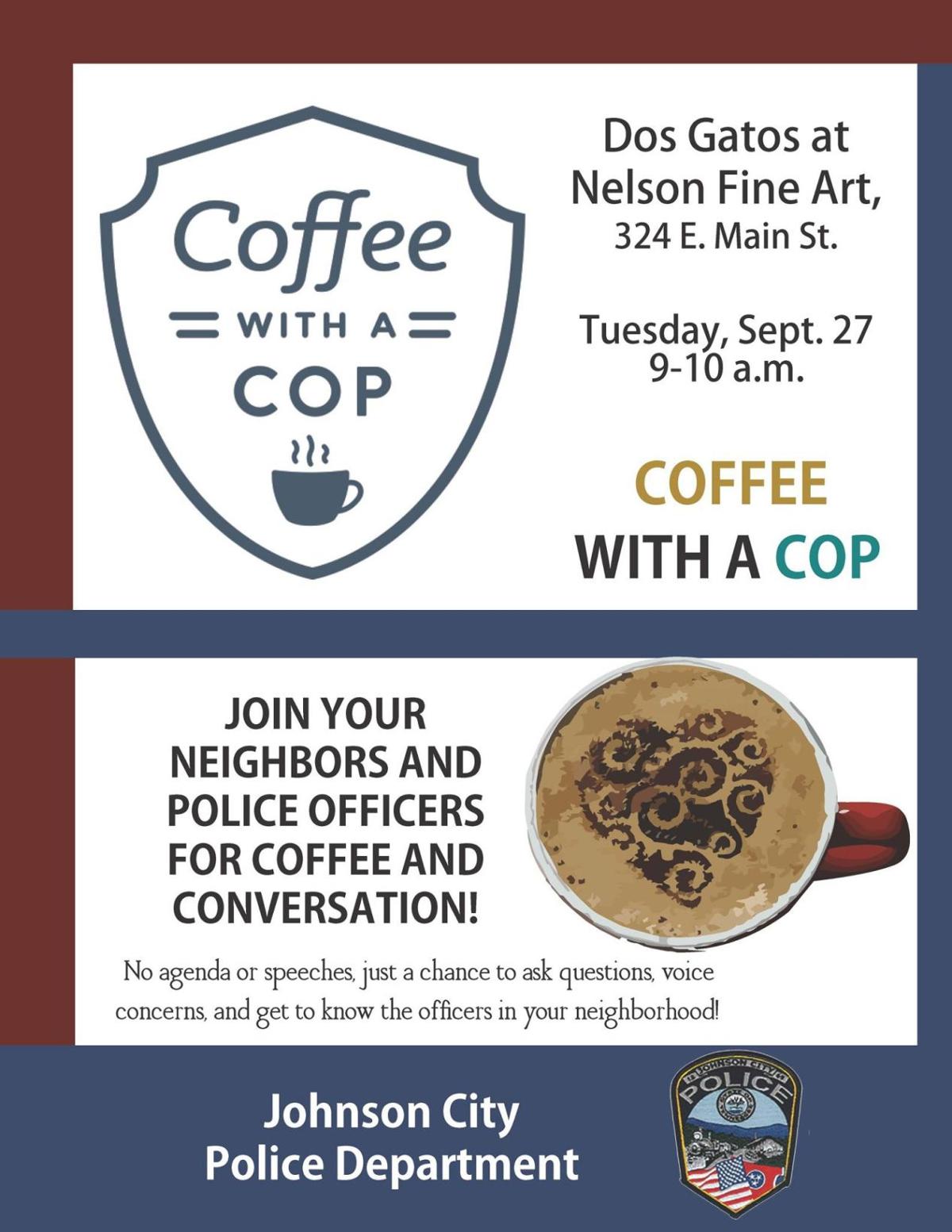 The Johnson City Police Department hosted Coffee with a Cop on Tuesday at Dos Gatos in downtown Johnson City.

The Johnson City Police Department hosted Coffee with a Cop on Tuesday at Dos Gatos in downtown Johnson City.

Sometimes that’s all it takes to break a social barrier and lay the foundation for a relationship.

“We’re just letting people come in and have casual conversations to get to know police officers and to address concerns,” said Keisha Shoun, the city’s community relations specialist.

Whether it was a reminder about an upcoming event, or an inquiry into a local ordinance, the few locals who participated in the informal gathering seemed satisfied with its intention.

“Their presence in downtown (Johnson City) is very important, and I think (Coffee with a Cop) helps the relationship with the businesses downtown,” said Jana Fullbright, who works at East Tennessee State University’s Physicians and Associates location on East Main Street.

“I think the more we can communicate together, the more successful downtown can be in having more people come down here.”

While the event did take place in downtown Johnson City, Shoun said the police department plans to spread the event around the city.

The first Coffee with a Cop event was held at Watauga Square Apartments with a turnout of approximately 25 people.

“They talked about some concerns they had in their neighborhoods, but we also just had casual conversation and just got to know each other,” Shoun said.

Tuesday’s event was only the second Coffee with a Cop event hosted by the police department, but Shoun said officers have hosted or attended several social gatherings around Johnson City.

“They do neighborhood meetings often and they’re usually in conjunction with neighborhood organizations. So what we’ve done is just try to make it more general (with this event), and not associated with just one particular neighborhood,” she said/

The Johnson City Police Department’s community roundtable, led by Chief Mark Sirois, is a similar event encouraging interaction between police and the public. The next meeting is scheduled for 6 p.m. on Oct. 13 at in the Memorial Park Community Center.

The Coffee with a Cop program is currently a nationwide initiative. It was first created by California’s Hawthorne Police Department in 2011 as a way to create more lines of communication between citizens and officers.

The U.S. Department of Justice, in conjunction with the Office of Community Oriented Policing Services, has recognized Oct. 7 as Coffee with a Cop day.