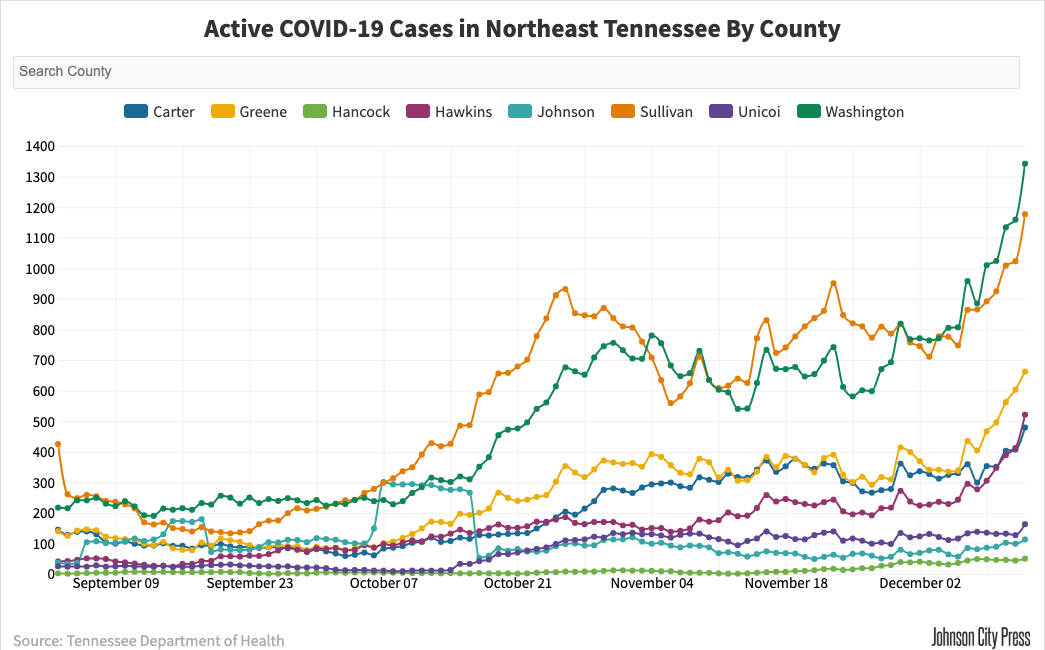 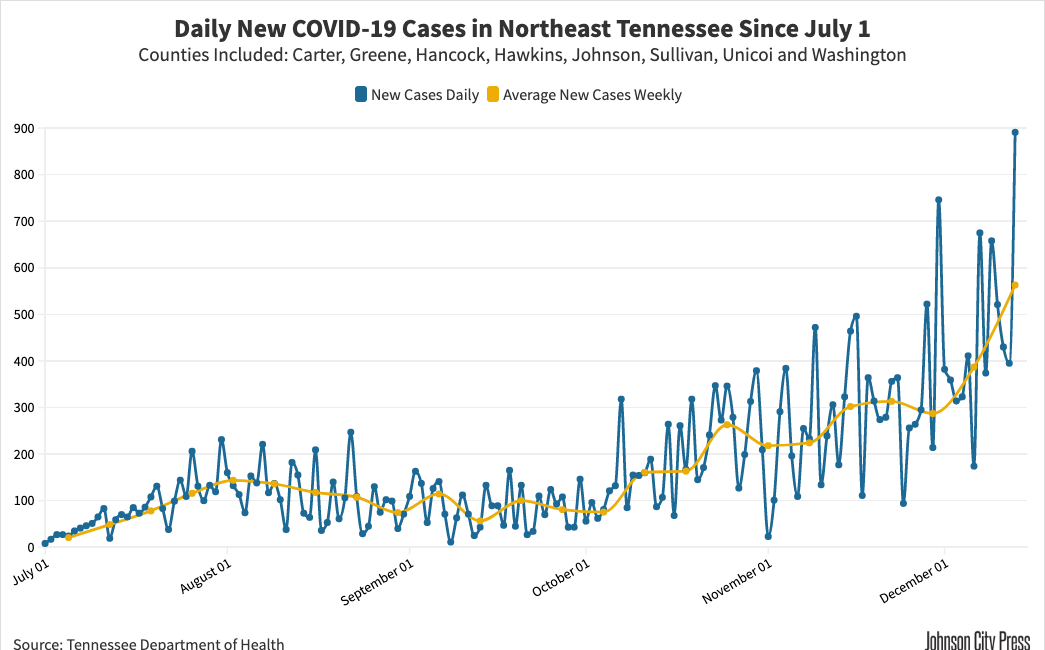 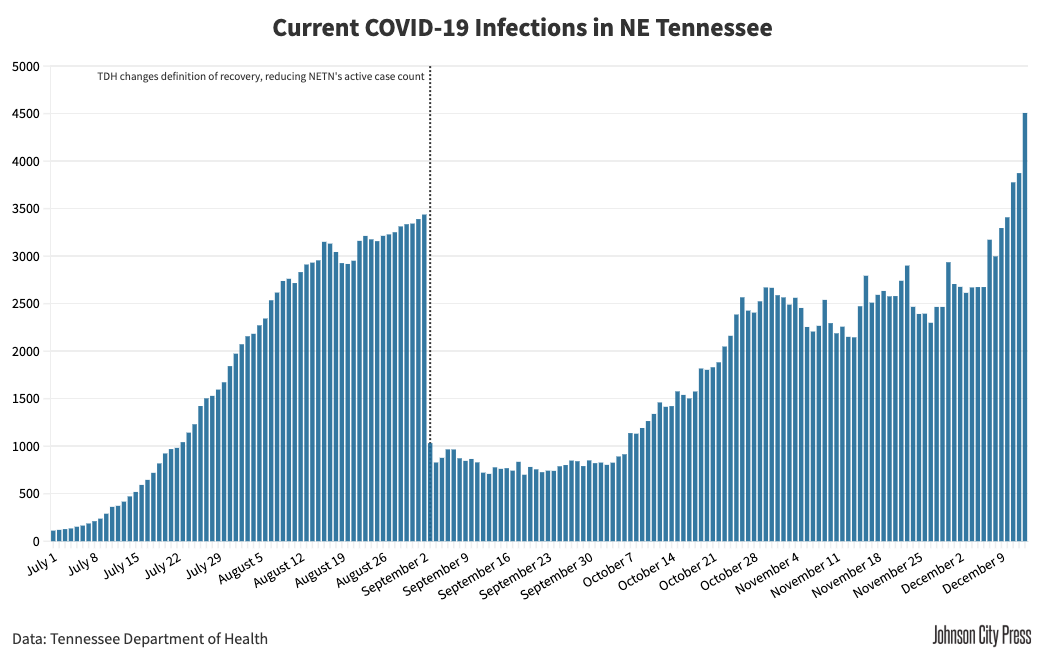 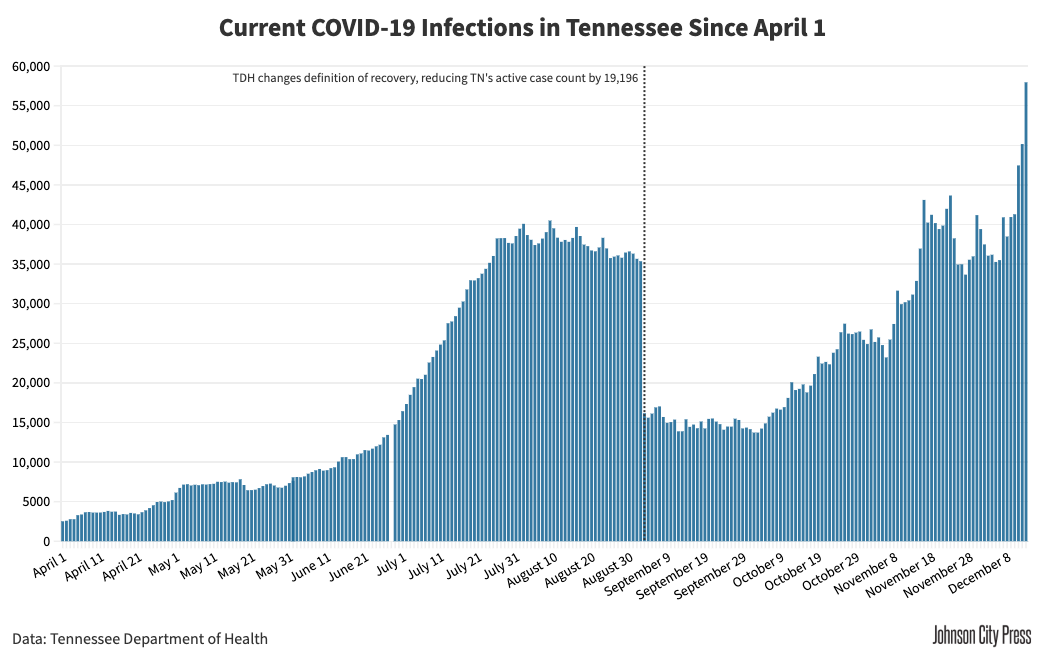 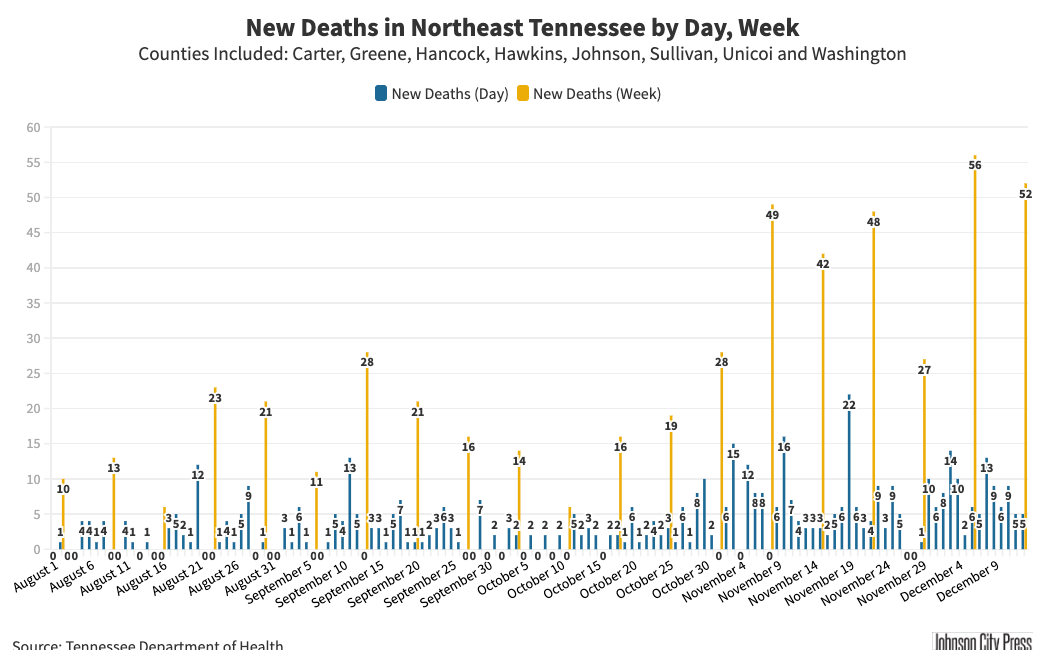 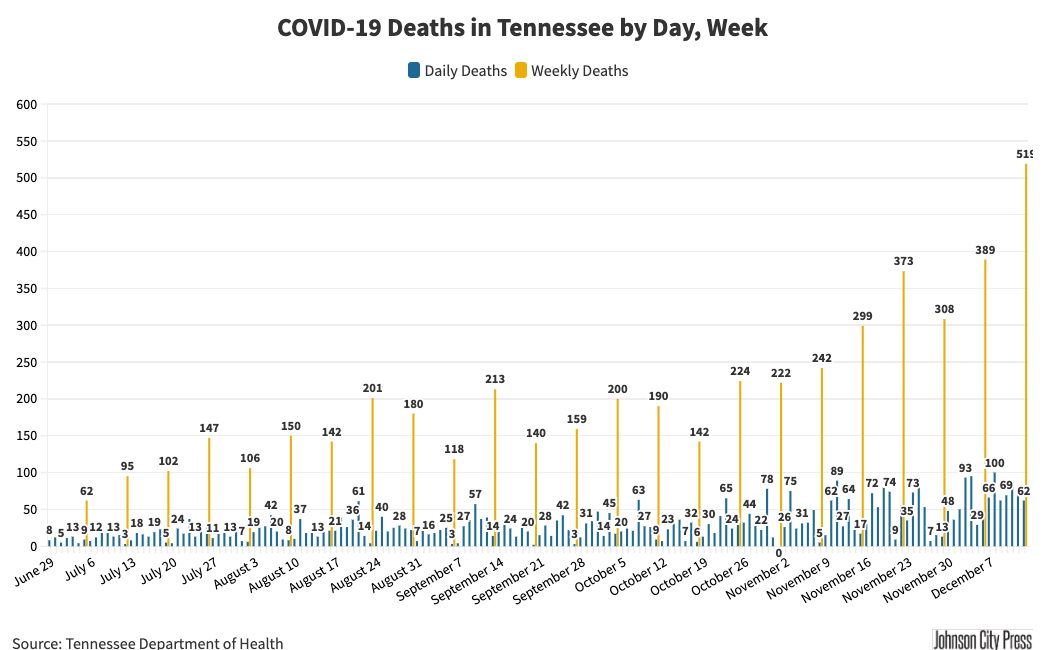 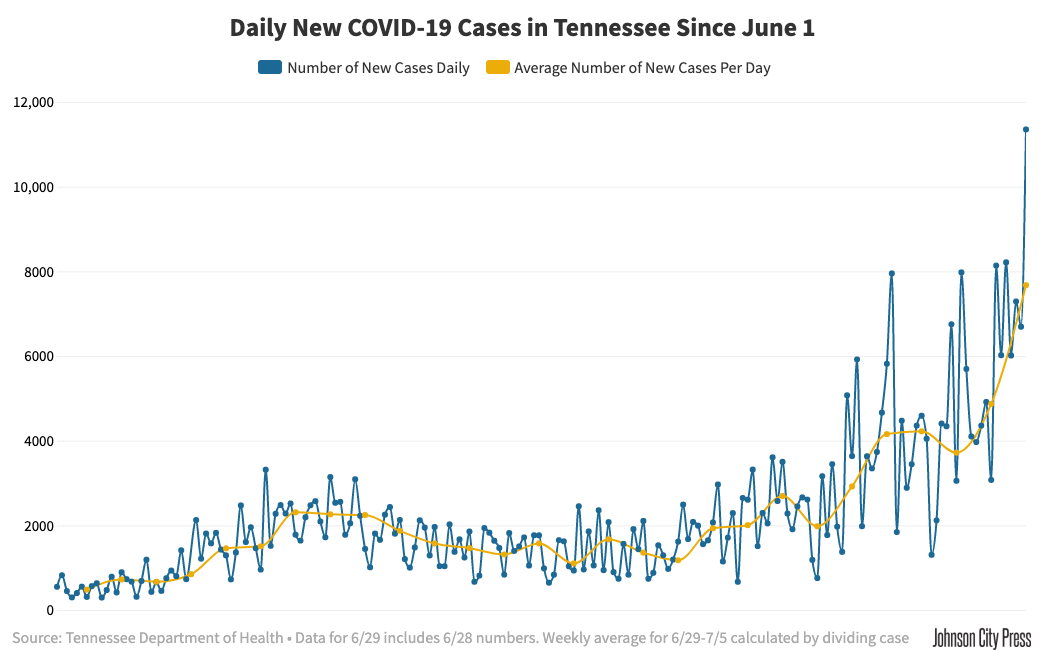 Among the new cases were 891 in Northeast Tennessee. The region’s previous single-day record was 746 set Nov. 30.

The week concluded with 3,944 new cases for a record average of 563 cases per day.

Nearly half of Northeast Tennessee’s 29,502 total cases over the course of the COVID-19 pandemic had been reported since Nov. 1.

The upper eight counties’ number of current infections increased by 633 on Sunday, increasing the record level to 4,507. Relative to population, the region had 883.2 active cases per 100,000 people, well above the statewide rate.

Washington County continued to lead the region with 1,342 active cases after netting 183 on Sunday. Sullivan County netted 154 more cases for a total of 1,177 current infections.

The state considers patients no longer infectious after 14 days, so active cases represent new cases over the same period minus deaths.

Across the state, the net increase in active cases was 7,794, setting a new record for the third consecutive day at 57,952 current infections. That’s 856 infections per 100,000 people in Tennessee.

Virus-related fatalities were reported in two of the region’s eight counties Sunday. Four were in Sullivan County, increasing its region-leading total to 135 deaths. The other was reported in Carter County, where there had been 75 fatalities since the pandemic began.

Regionwide, 520 deaths had been reported over the course of the crisis. One-tenth of those, 52, had occurred in the last seven days.

COVID-19’s strain on Ballad Health’s hospitals in Tennessee and Virginia continued to mount Sunday. A record 314 patients were hospitalized, a net of two more than Saturday. Another eight patients were awaiting test results. There were 48 beds available for COVID-19 care.

Sixty-four patients were in intensive care units with 39 on ventilators.

Over the last seven days, 73 people in Ballad’s 21-county service region had died from virus-related causes for a total of 859 over the course of the crisis.

According to the Department of Health, eight more people in Northeast Tennessee were hospitalized — one each from Carter and Greene counties and two each from Hawkins, Sullivan and Washington counties. Since the pandemic began in March, 1,237 COVID-19 patients had been hospitalized in the region.

After reporting that more than half of all tests in the state reported Saturday were positive, the state issued a clarification in small type on its COVID-19 website. The Department of Health noted that not all negative tests were included in the data, skewing the positivity rate. There was no such clarification in the actual data set, and numbers had not been adjusted in Sunday’s data.

Northeast Tennessee by the Numbers

Half of all novel coronavirus infections tests reported in Tennessee on Saturday were positive, according to the state Department of Health’s data.