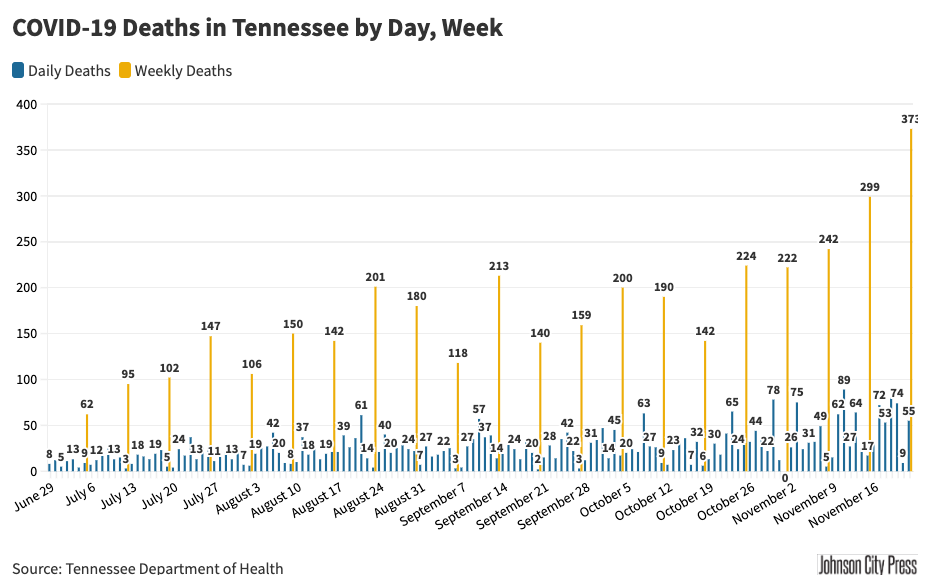 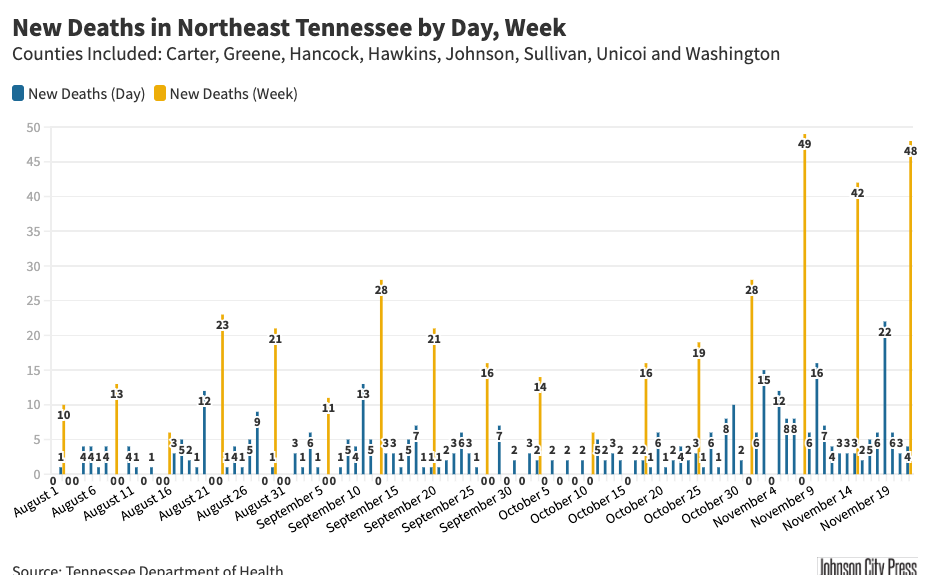 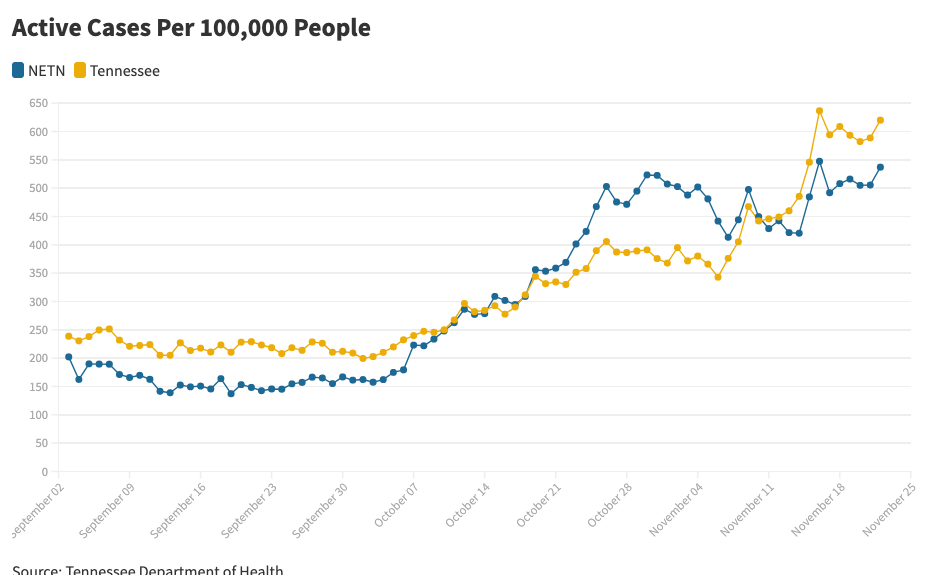 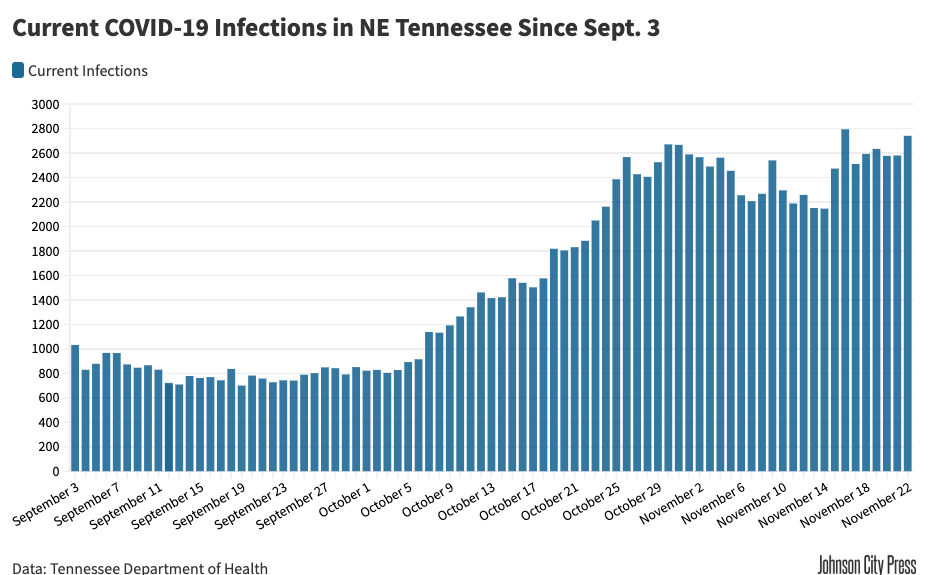 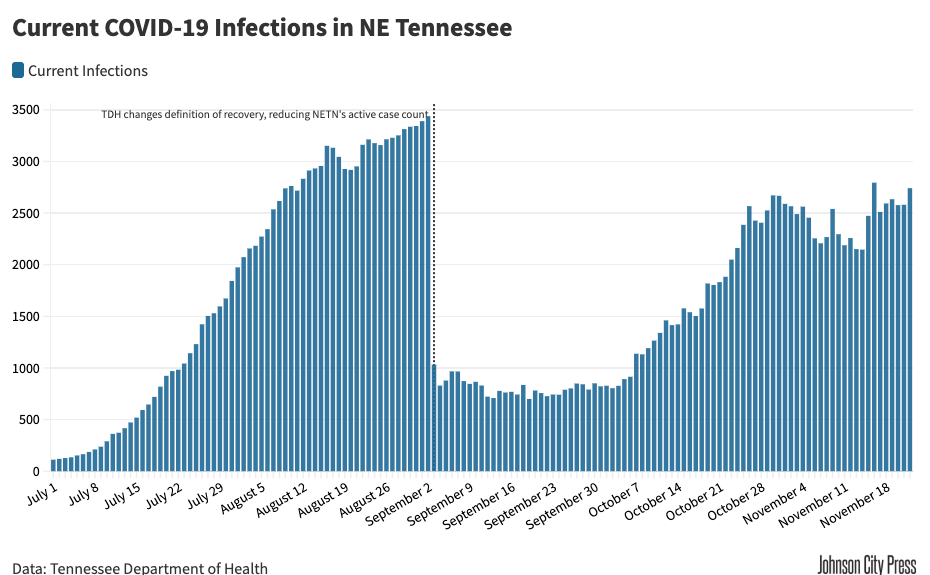 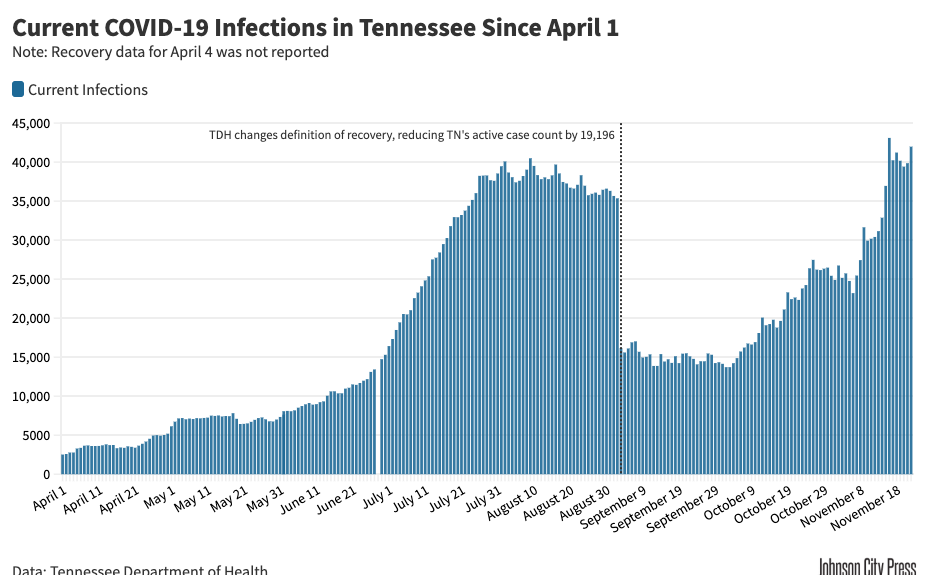 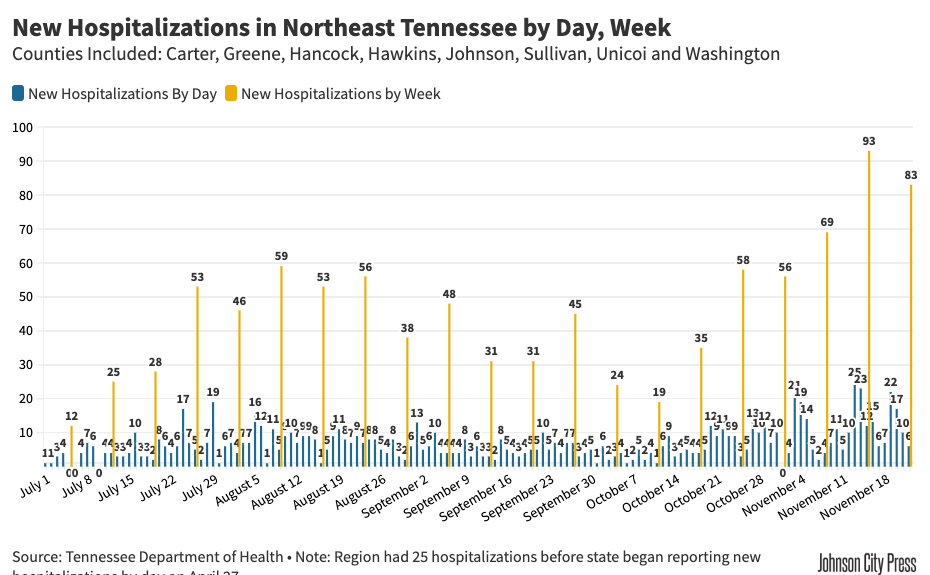 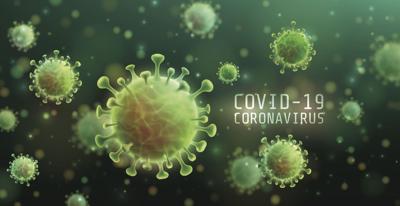 Tennessee recorded another 55 deaths related to the novel coronavirus, including four in Northeast Tennessee, on Sunday, adding to the state’s deadliest week in the history of the pandemic.

Over the week, 48 people had died from virus-related conditions in the upper eight counties, one shy of the weekly record set two weeks earlier. Sunday’s deaths were reported from Carter County (1), Greene County (1) and Washington County (2).

Washington County continued to lead the region in fatalities — 98 over the course of the pandemic — followed by Sullivan County at 89.

Statewide, there were 373 deaths during the week — 74 more than the previous weekly record set just a week ago.

In Northeast Tennessee, active cases increased by 161 to 2,741 for the second-highest total since the state reduced the estimated period a case is considered infectious Sept. 14.

Tennessee considers COVID-19 cases inactive after 14 days, so active cases represent new cases over the same period minus deaths. The peak under that standard in Northeast Tennessee was 2,794, also on Nov. 16.

Relative to population, the upper eight counties collectively remained well below the state’s overall rate. The region’s rate was 537.1 per 100,000 people, compared to the statewide rate of 620.1.

Northeast Tennessee’s positive test rate, however, on Sunday was 25.33%, compared to a statewide rate of 12.54%. The region’s rate was in double digits for the 14th consecutive day.

With 356 new cases Sunday, the region reached an average of 313 cases per day for the week, setting a new record for the second week in a row. Last week, the upper eight counties averaged 302 cases per day. All eight counties reported new cases Sunday — with all but Hancock County in double digits. Sullivan had the most at 91, followed by Washington at 87 and Greene at 77.

Through the 22nd day of the month, the region had recorded 5,901 new cases in November — just nine cases shy of the record for a full month set in October — with eight days to go.

Of the region’s 356 new cases, 39 or 10.9% were reported among school-age children. There were 36 reported in the age group Saturday, 35 on Friday and 36 on Thursday. Several local schools and entire districts have returned to virtual instruction as a result of the surge in infections.

The most active cases were in the region’s most populous county, Sullivan, at 861 followed by Washington at 698.

With six new hospitalizations reported Saturday, a total of 83 people had been hospitalized in Northeast Tennessee since Monday. That was 10 fewer than the previous week’s record high.

Ballad Health reported a positive test rate of 18.1% in its 21-county service area in Tennessee and Virginia, a slight dip from Saturday’s rate of 18.5%.

Ballad also reported 86 deaths had occurred in its service area over the past seven days for a total of 645 since the pandemic began.

There were 203 people hospitalized in Ballad facilities, a decrease of seven from Saturday’s report, with another four awaiting test results. Current Ballad hospitalizations had dropped steadily since a peak of 253 on Tuesday. Seventy-one designated beds were available for COVID-19 care.

Thirty-nine patients were in intensive care, one more than in Saturday’s report. Twenty-nine were on ventilators, the same number reported Saturday.