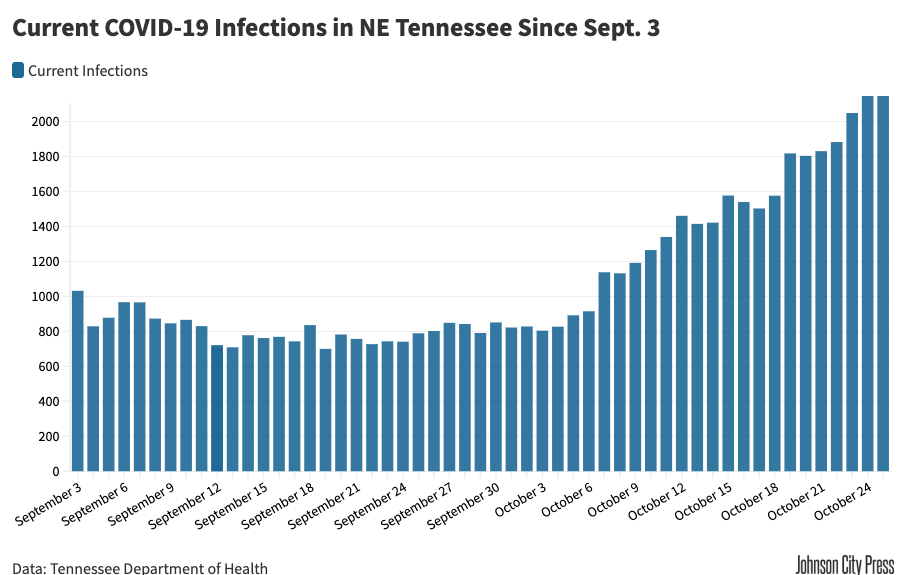 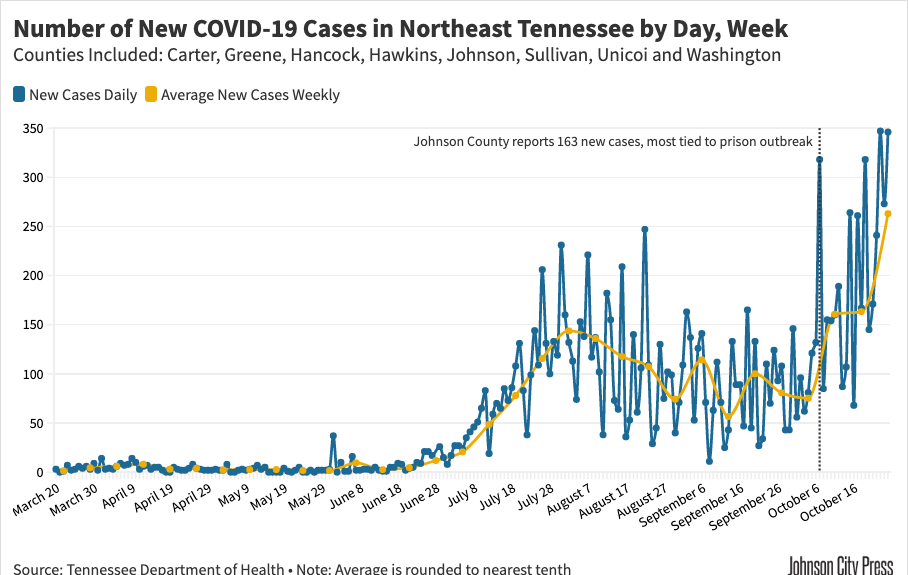 Northeast Tennessee reported 346 new cases of the novel coronavirus Sunday, one shy of the record set Friday, continuing the recent surge of infections in the region.

All eight counties posted increases. The three most populous counties led the way with 110 new cases in Sullivan County, 88 in Washington County and 66 in Greene County.

Over the last seven days, the upper eight counties posted an average of 263 cases per day, leaping past the previous high of 163 set the week ending Oct. 18. The total was 1,841 new cases, more than three times as many reported in the first four months of the pandemic (502) from March through June.

New virus-related fatalities were reported in Carter, Greene and Washington counties. Greene leads the region with 52 fatalities over the course of the pandemic, followed closely by Washington at 51. The region’s total increased to 220.

The positive test rate in the upper eight counties was 15.1%, nearly twice the statewide rate of 8.63%.

There was a 224 net gain in active cases in the region for a total of 2,386, another record in the period since Sept. 3, when the state reduced the estimated infection period. Since that date, the state has declared infections inactive after 14 days based on the average time patients remain infectious. Active infections constitute the number of new cases over the same period minus deaths.

Statewide, the Tennessee Department of Health reported 3,500 new cases of the virus and 31 new fatalities. As of Sunday, 3,131 people in Tennessee had died from virus-related causes. A record 224 people died over the seven-day period.

The state averaged a total of 2,692 new cases per day over the seven-day period, smashing the previous record of 2,308 set the week ending July 19.

After 1,323 cases reached inactive status, the state had a net gain of 2,146 active cases for a total of 26,389, also a record since the Sept. 3 change in the period considered infectious.