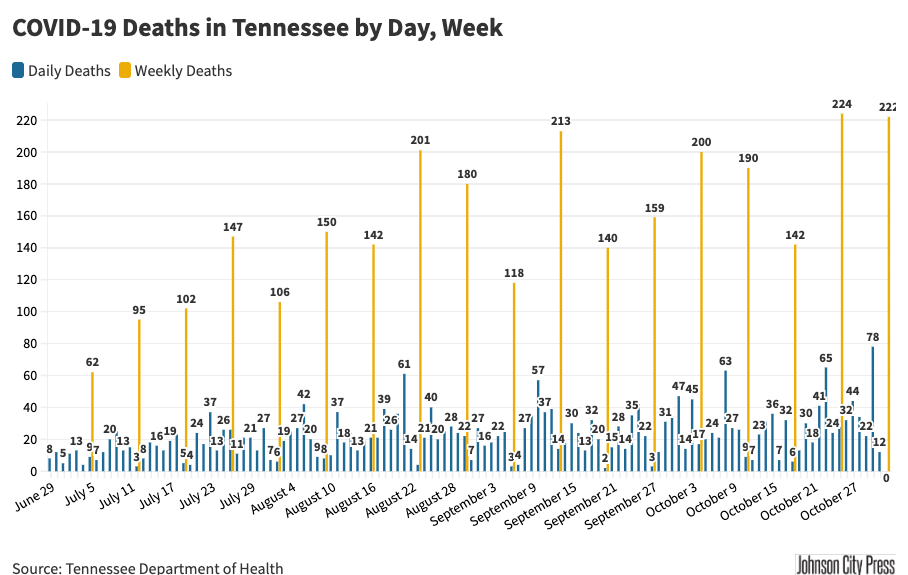 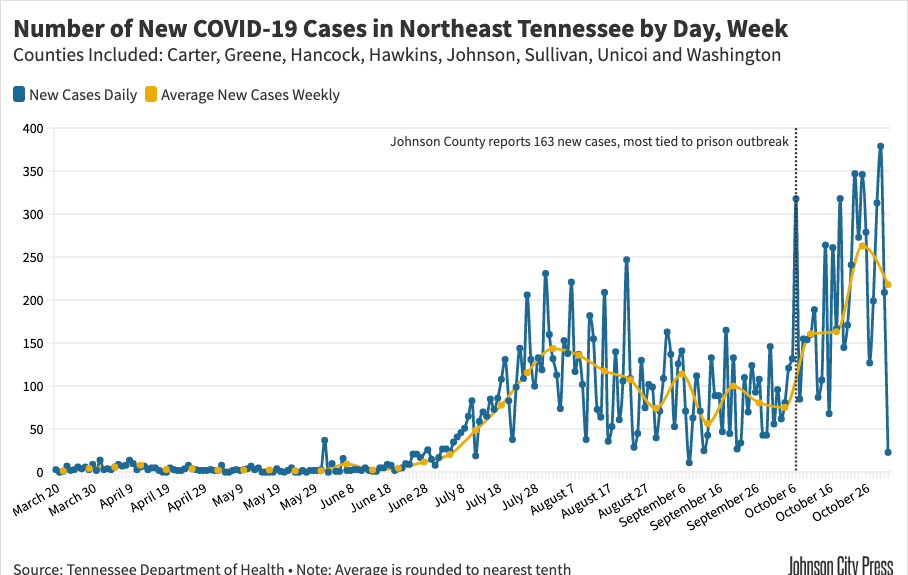 The state had recorded 222 new deaths since Monday, two shy of the record 224 set the previous week. Tennessee reported a single-day record 78 fatalities on Friday.

The day brought the fewest new COVID-19 cases in two weeks — 659 statewide. Of those, just 23 were in the upper eight counties of Northeast Tennessee, the lowest total since 11 were reported Sept. 8.

The Department of Health noted on Facebook, however, that it had completed an upgrade to its disease surveillance system on Saturday. Due to the upgrade process, “a slightly lower than normal number” of labs had been imported into the system in the previous 24 hours.

Northeast Tennessee had a record 379 new cases on Friday, preceded by 313 on Thursday and followed by 209 on Saturday.

All but one of the upper eight counties (Hancock County), reported new cases. Washington County led the pack with eight, followed by Greene County at six.

Sullivan had the most active cases at 810 followed by Washington County at 732. Relative to population, Unicoi County continued to lead the region with 731.9 active cases per 100,000.