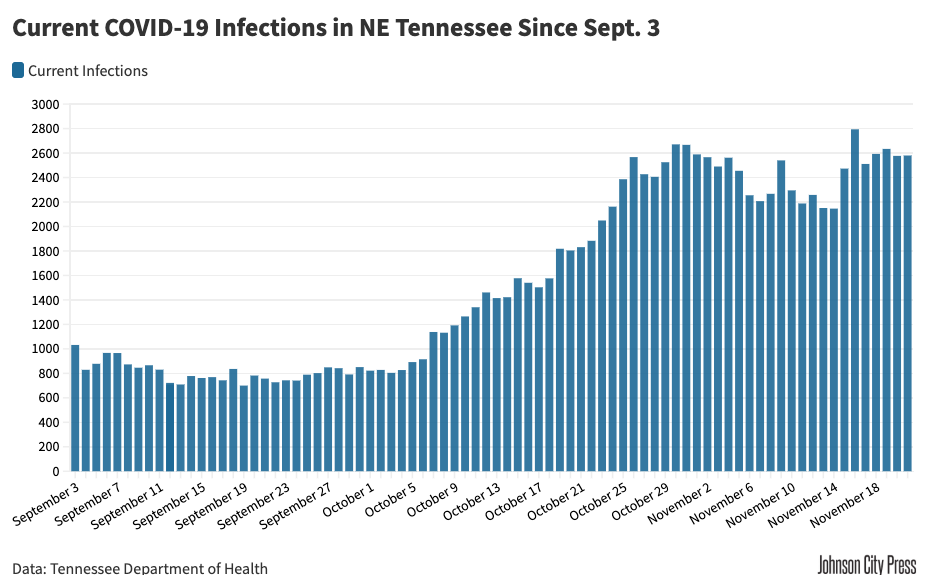 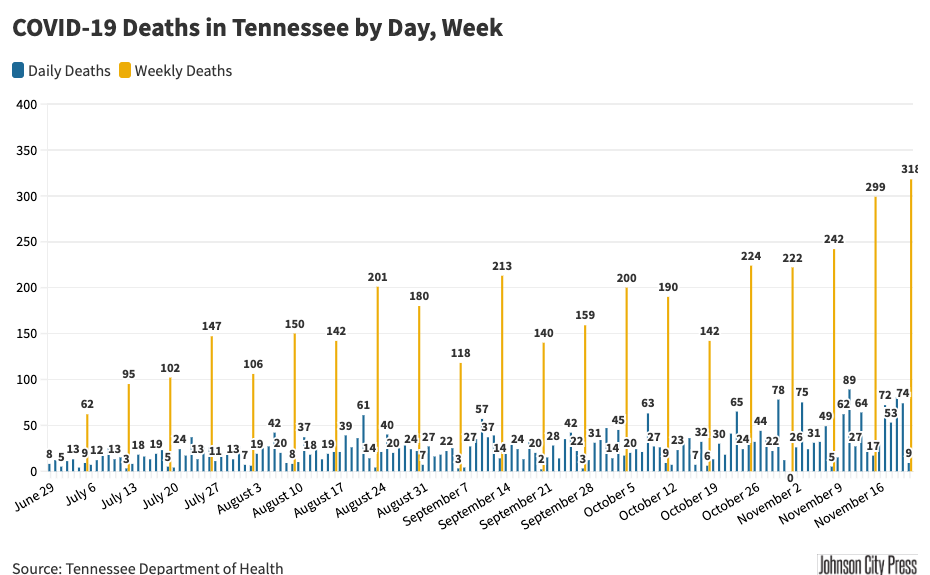 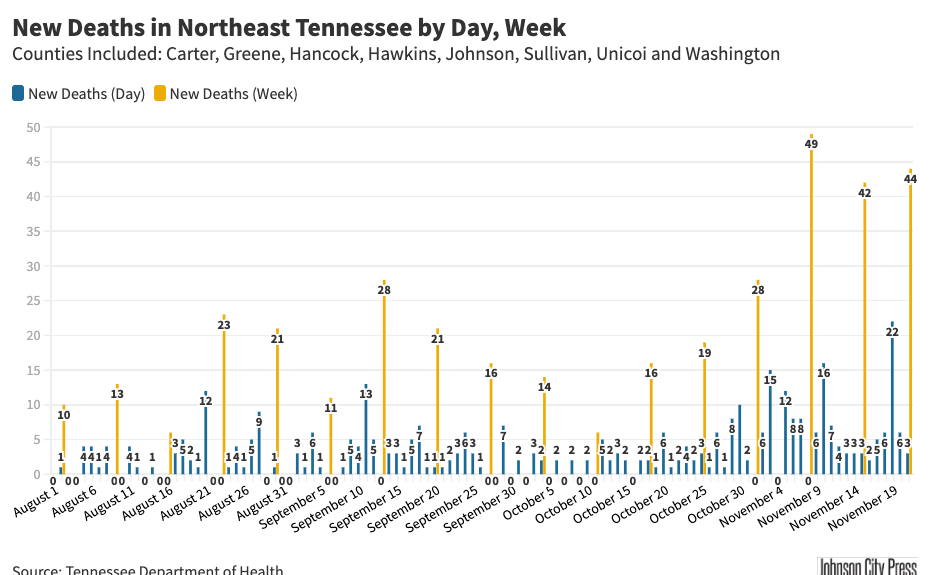 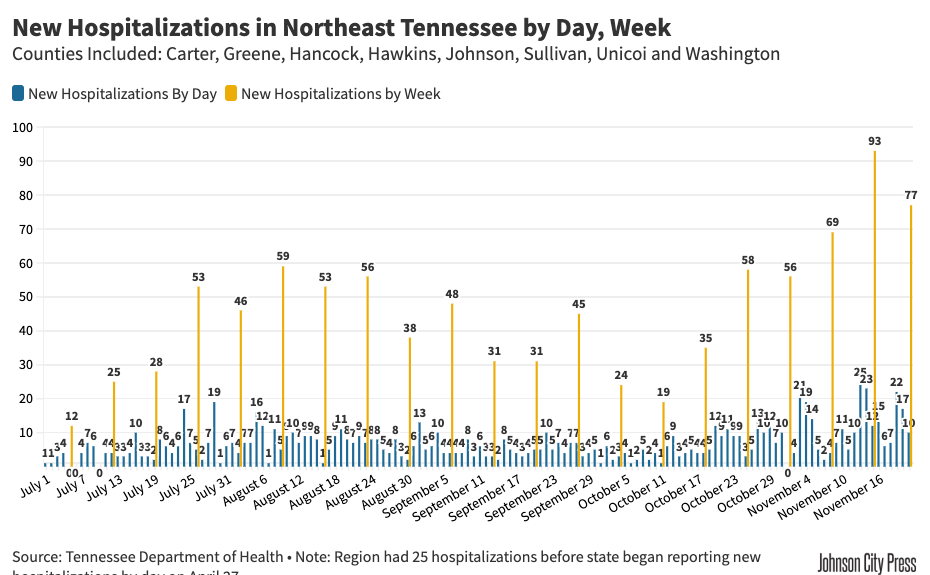 Of the 279 new cases reported Saturday in the region, 36 (12.9%) were reported among school-age children. There were 35 new cases reported in the group on Friday, as well as 36 on Thursday. Several local schools and entire districts have returned to virtual instruction as a result of the surge in infections.

The region continued to mount fatalities, however, as deaths in Sullivan, Unicoi and Washington counties represented a third of the nine reported across Tennessee. With a record 22 deaths in a single day reported Thursday, the region had recorded 44 deaths since Monday, contributing to a weekly record of 318 statewide.

The upper eight counties reached a total of 383 deaths attributed to the virus. Relative to population, that is 75 deaths per 100,000 people, compared to 63.3 statewide. Across the state, a total of 4,288 fatalities had been reported since the pandemic began.

Why is Northeast Tennessee's COVID-19 death rate higher than the state?

Northeast Tennessee also outpaced the state in the percentage of positive COVID-19 tests reported Saturday. The region’s rate was 18.71%, compared to the statewide rate of 15.31%. The region’s positivity rate remained in double digits for the thirteenth straight day.

More than half of the new cases reported Saturday were in the region’s two most populous counties, Sullivan (100) and Washington (77). The region had reported an average of 306 cases per day since Monday.

After 273 cases reached the point considered inactive, the region had 2,580 active cases among 39,857 across Tennessee. Tennessee considers cases no longer infectious after 14 days. Active cases represent the number of new cases over the same period minus deaths. Tennessee peaked with 43,101 active cases on Monday.

Relative to population, the upper eight counties’ collective total was below the state’s rate of current infections. The region-wide rate was 505.6 per 100,000 people, compared to 588.7 statewide. Unicoi County had the region’s highest rate at 715 per 100,000.

With 10 new hospitalizations reported Saturday, a total of 77 people had been hospitalized in Northeast Tennessee since Monday.

Ballad also reported 85 deaths had occurred in its service area over the past seven days for a total of 640 since the pandemic began.

There were 210 people hospitalized in Ballad facilities, a decrease of 10 from Friday’s report, with another three awaiting test results. Current Ballad hospitalizations had dropped steadily since a peak of 253 on Tuesday.