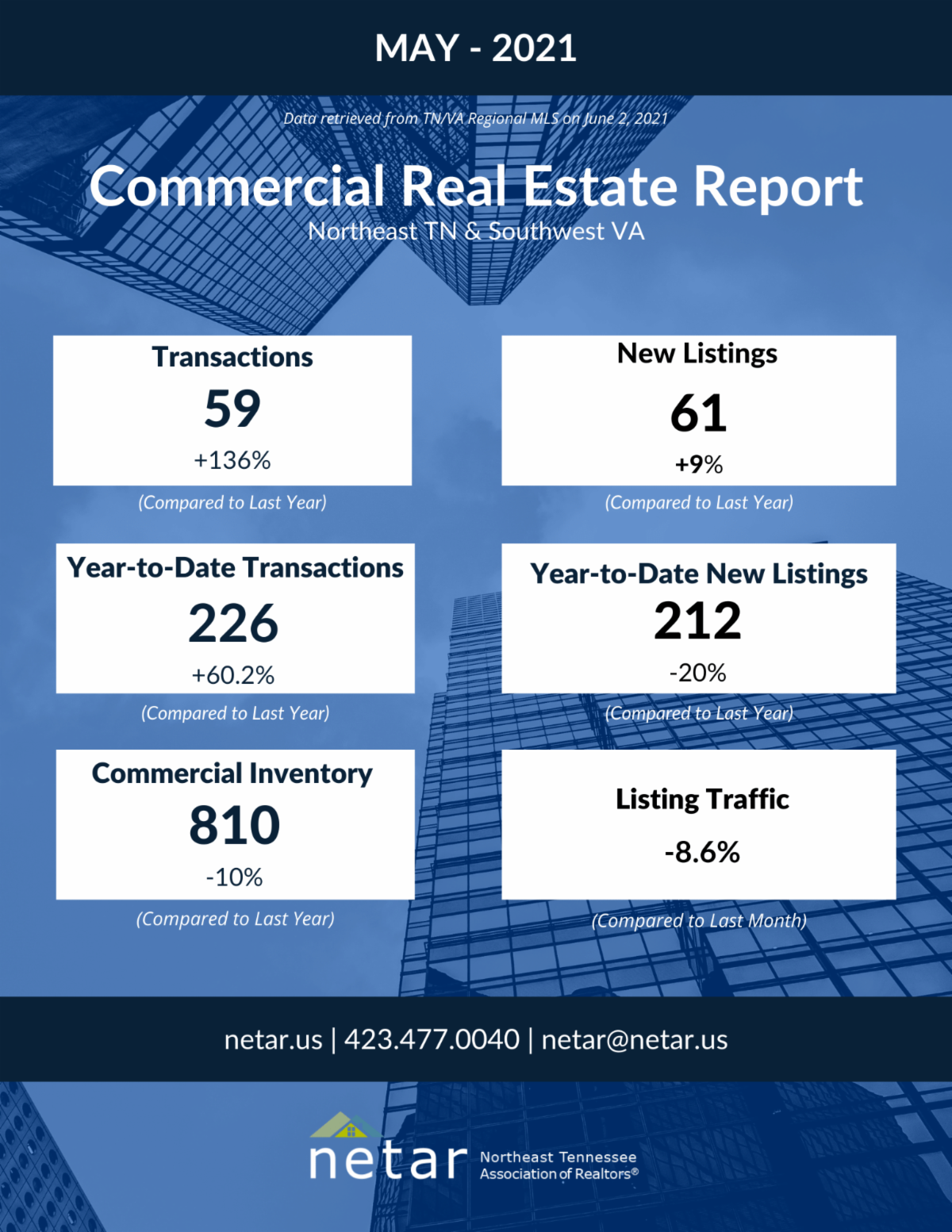 Commercial real estate in the Tri-Cities just hit its peak so far for the year.

Commercial real estate in the Tri-Cities had its best month in May 2021, with 59 transactions compared to 25 in May 2020, according to a release from the Northeast Tennessee Association of Realtors.

“The commercial marketplace is gaining a recovery status foothold,” said Cassie Petzoldt, the Northeast Tennessee Association of Realtors Commercial Committee Chair, in a release. “It’s not as hot as the residential or rental markets that are basically price-driven, but it is active and gaining momentum.”

So far this year, there have been 226 commercial real estate transactions in the Tri-Cities, up from 141 during the first five months of last year.

“Some of the data — especially the year-over-year comparisons — are distorted because they’re gauging today’s recovering market to last year’s pandemic-stricken market,” Petzoldt said in a release. “May and June were the bottom of last year’s activity after the April pandemic-driven crash.”

There have been 41 office sector sales and leases so far this year compared to last year’s 28 during the first five months of 2020. Vacant commercial and residential land deals came in at 205 transactions so far this year.

For more information on NETAR, go to https://netar.us/.