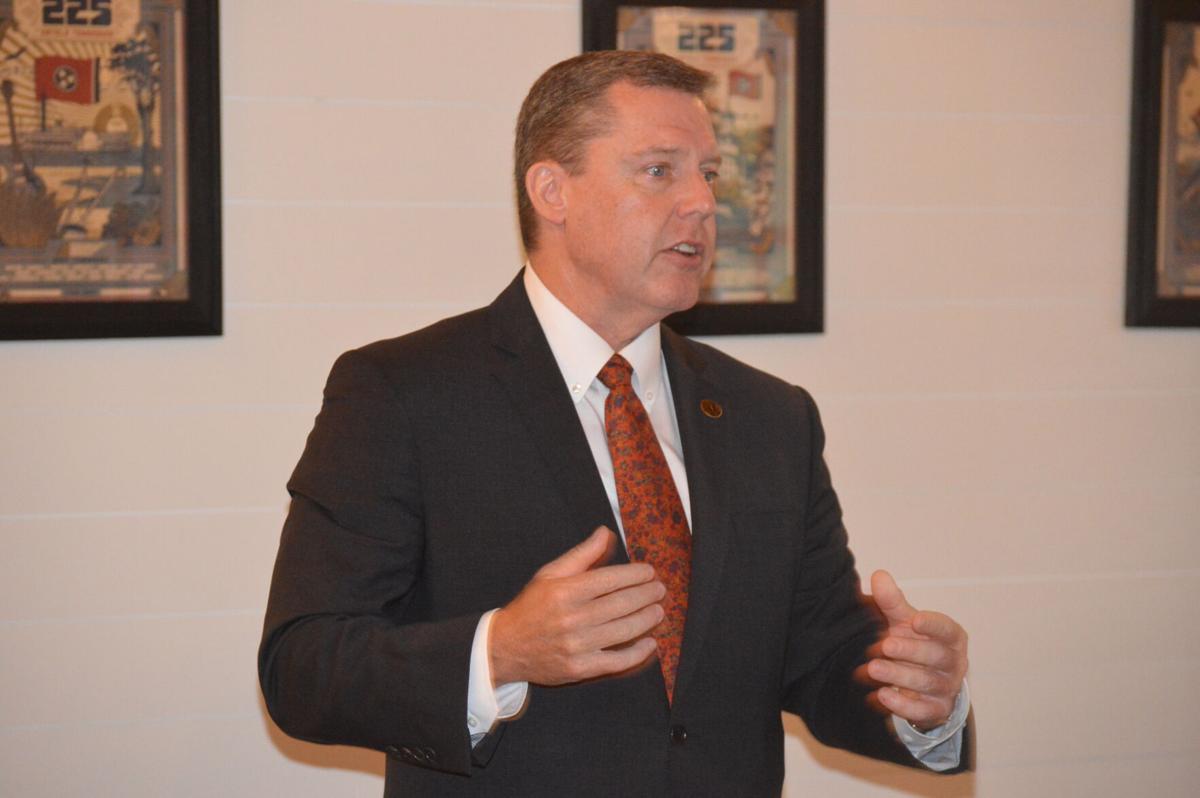 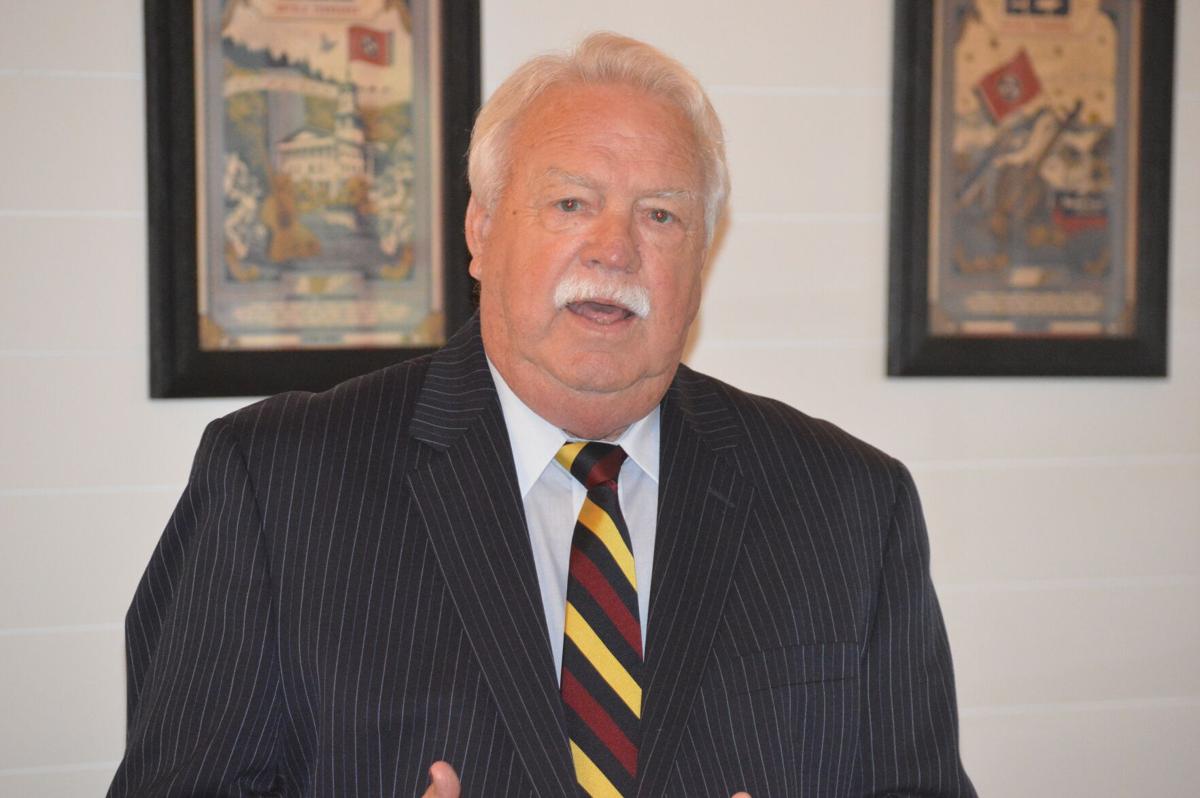 Ken Baldwin, district attorney for the first judicial district, speaks during a meeting with regional sheriffs, lawmakers and mayors on Wednesday at Grace Meadows Farm. 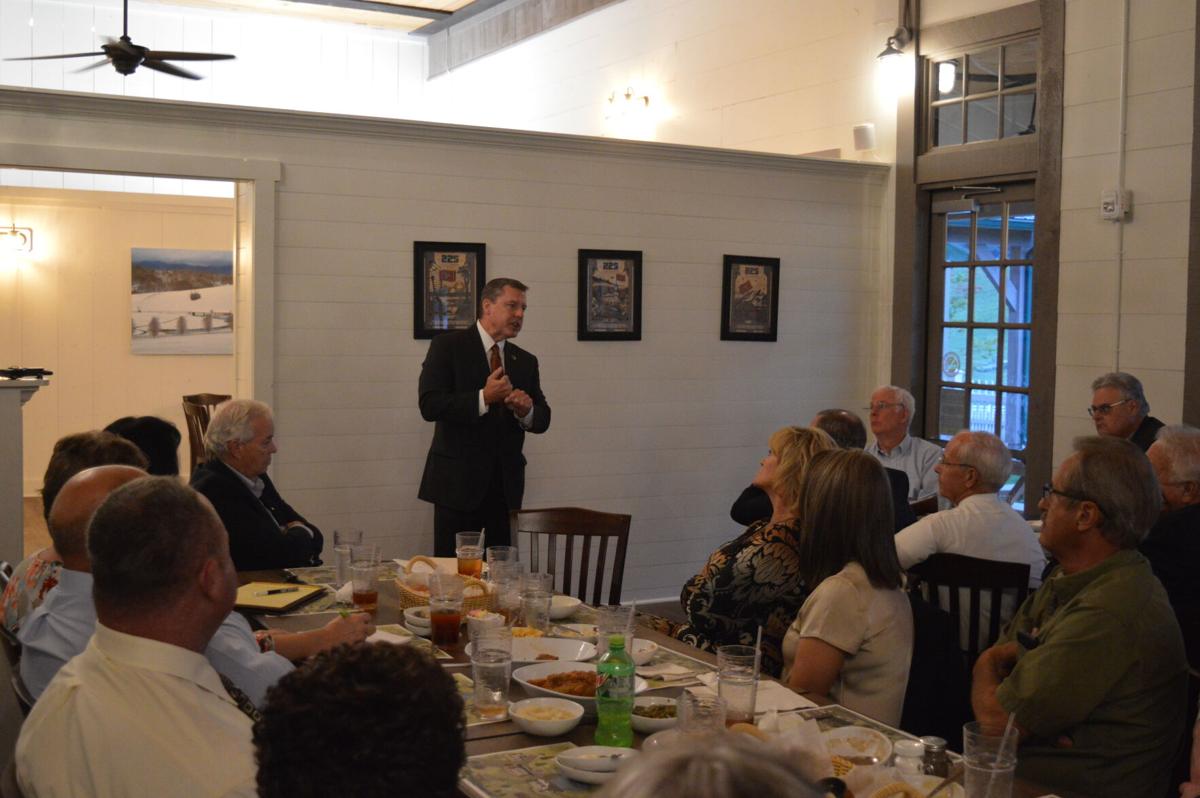 Ken Baldwin, district attorney for the first judicial district, speaks during a meeting with regional sheriffs, lawmakers and mayors on Wednesday at Grace Meadows Farm.

Regional leaders are mulling a proposal to use settlement money from the Sullivan Baby Doe lawsuit to create a treatment facility serving addicts in Northeast Tennessee.

Criminal Court Judge Stacy Street told area sheriffs, mayors, state legislators and members of the local criminal justice system on Wednesday evening that he hopes local leaders use money from the settlement to treat the original problem at the heart of the lawsuit.

The leaders assembled at Grace Meadows Farm in Jonesborough.

“It’s not getting better,” Street said. “You can’t legislate this away, you can’t prosecute this away and you can’t send people to the penitentiary to get this away. We can either do something, or this is going to keep coming up over and over and over.”

In late July, plaintiffs in the Sullivan Baby Doe opioid lawsuit reached a $35 million settlement with Endo Health Solutions Inc. and Endo Pharmaceuticals. Of that money, $21 million will be divvied up among participating county and municipal governments. The suit was originally filed in June 2017 on behalf of a newborn with neonatal abstinence syndrome.

Local leaders are hoping to unite regional governments around the idea of establishing an addiction treatment facility in Northeast Tennessee with that money.

1st Judicial District Attorney General Ken Baldwin told the Press the plan would be to remove addicts before the resolution of their case from local jails and place them in a long-term residential facility.

Leaders are eyeing the now-closed Northeast Correctional Complex Annex in Roan Mountain, which has about 180 beds, to serve as that long-term domicile. Leaders then envision enrolling those people in a vocational school in Carter County.

“If you come out of there after a year or 18 months and you graduate, well the court’s not going to put you in jail,” Baldwin said. “They’re going to put you on probation hopefully having addressed your addiction ... and having given you some type of skill sets so you can make a living.”

Street said the regional jail population has skyrocketed over the years in large part because of addiction.

“They commit a crime, they may serve a little bit of time in jail but they come back out on the street,” he said. “They come back out on probation. They see a probation officer maybe once a month. ... They’re placed right back in the situation they were before. The same house, the same thug friends, the same people trying to buy or sell them drugs.”

Street said officials in the local court system want to use the proposed facility in Carter County in conjunction with recovery courts in the first, second and third districts.

Baldwin said settlement money from the opioid lawsuit would help set the foundation for the new program, but it would require sustained funding, which could come from the state or a variety of grants.

“We’ll be clawing and scratching for money from every source that we can, but we’re hoping the state of Tennessee will recognize the value of this program,” he said.

“Everything we’re talking about checks off every box on the governor’s list,” Street said. “If we can go as a region to say we have a plan, we have a facility, we have foresight to do this, they’re going to be hard-pressed to tell us no.”