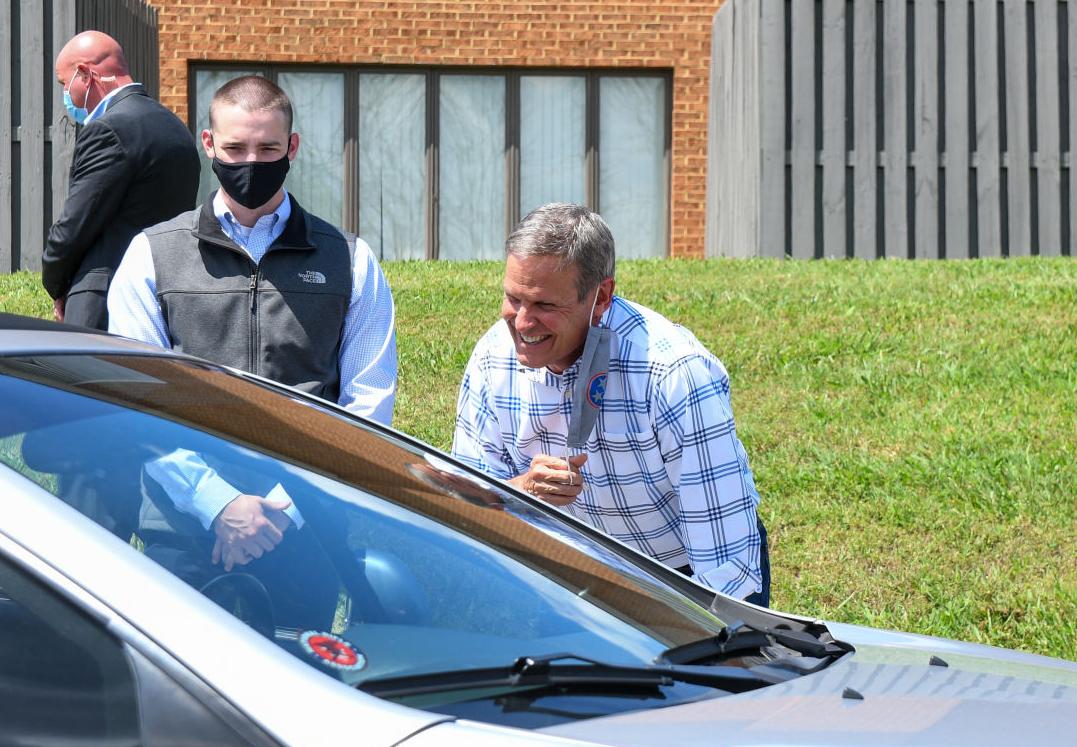 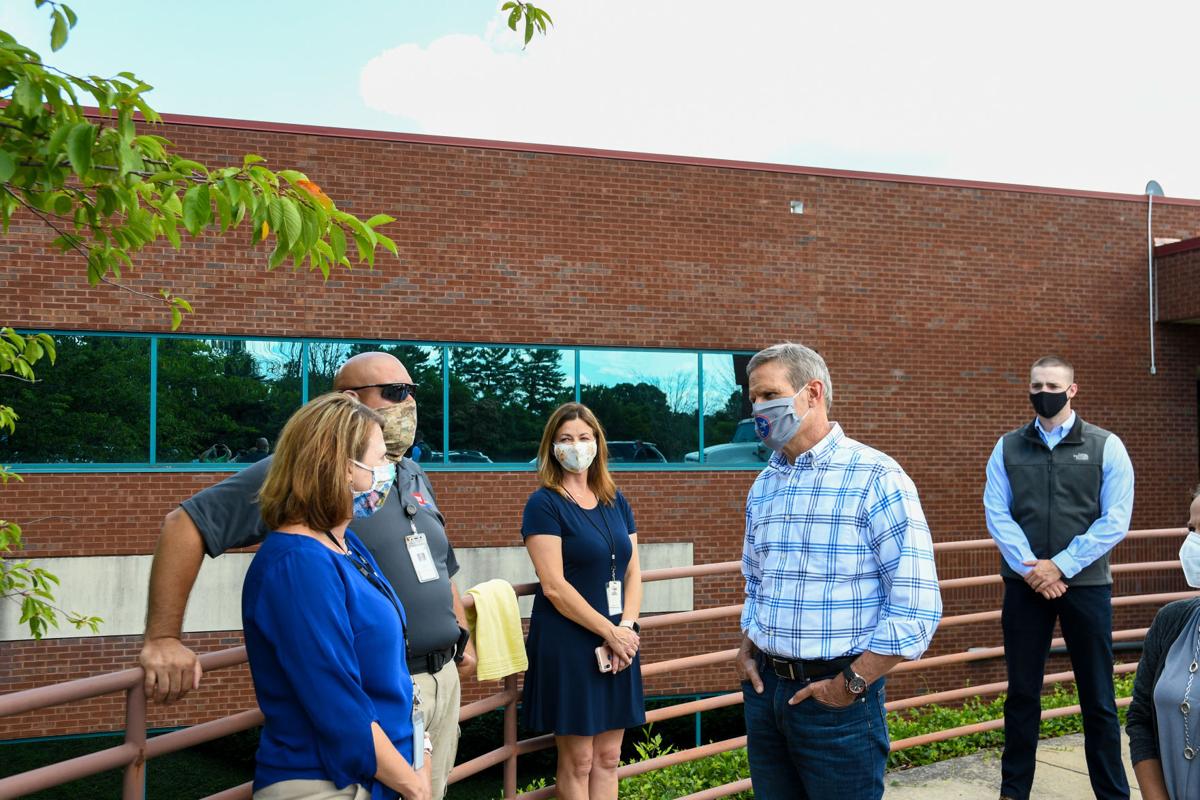 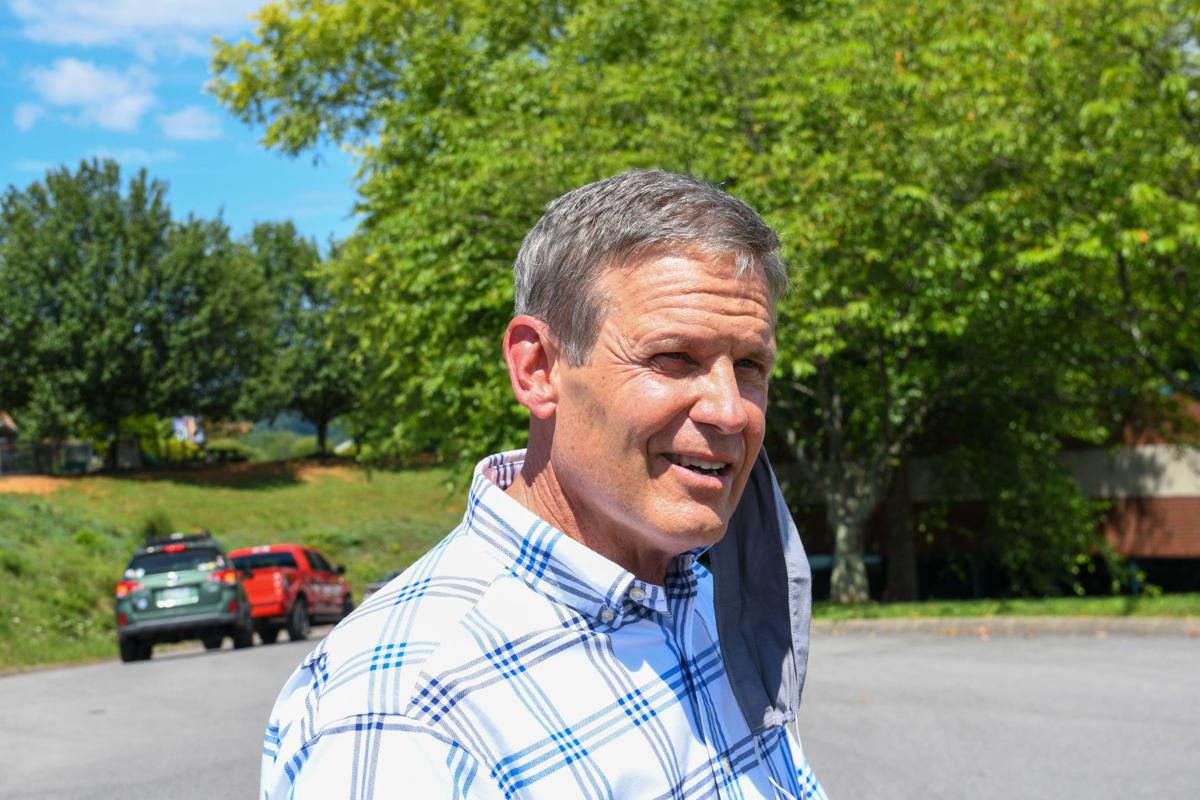 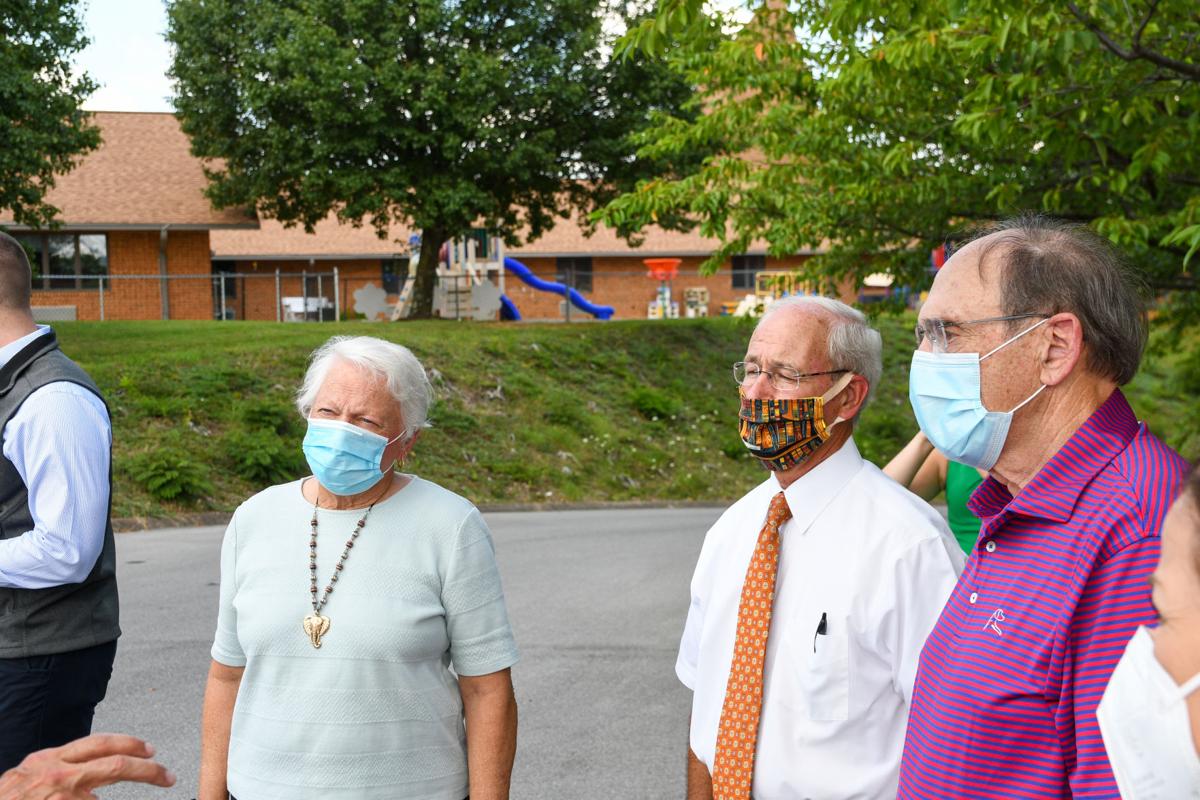 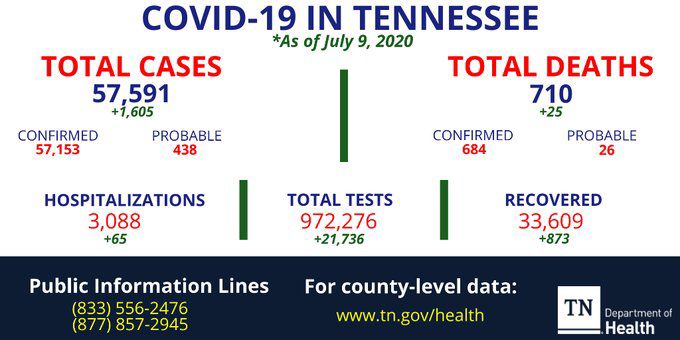 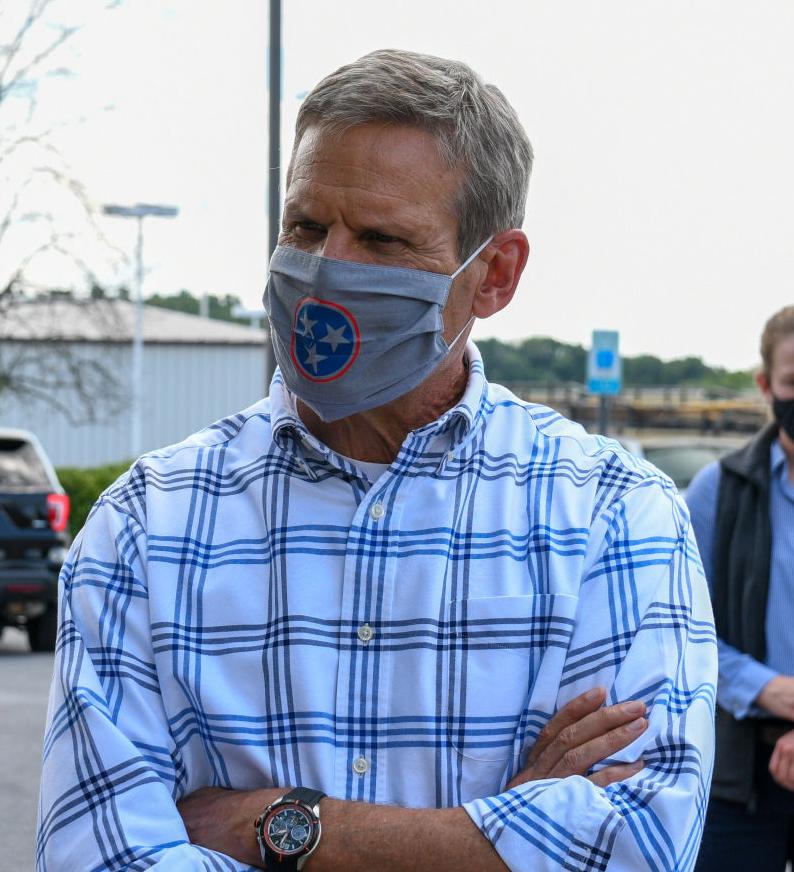 As Northeast Tennessee reported a single-day record for new novel coronavirus infections, Tennessee Gov. Bill Lee toured a testing site in Washington County and called the amount of testing being done across the state “encouraging.”

“Our case counts are increased, and that’s very concerning, but it’s also encouraging when we see what’s happening here,” Lee said, gesturing to a line of cars waiting to get tested behind him. “Folks are getting tested, they know that’s one piece of battling the spread of this virus.

“And you know what the other piece is? It’s this right here,” Lee said as he held up his face mask, “wearing a mask.”

“Just to show that recognition is, I think, important for our staff members,” Kirschke said.

Kirshcke also said that, with more cases and a higher percentage of tests coming back positive, testing remains vitally important.

“It’s really important for us to identify as many cases as we can, so that we can get prevention measures so they don’t keep spreading it to other people,” he continued.

On Thursday, Tennessee reported 21,736 tests statewide, while the region reported 756. Statewide the percentage of positive tests dropped slightly from over 8% just under 7.4% Thursday. Locally, the positive rate increased by nearly 3% to 7.2%.

New cases and hospitalizations also remained up Thursday, though down slightly from Wednesday’s totals.

In Northeast Tennessee, there were 51 new cases reported — the third-straight record-breaking day. Since July 1, there have been 276 confirmed cases of COVID-19, which breaks the previous monthly record of 243 set in June.

The region is also averaging just over 43 new cases per day this week -- more than doubling last week’s total of 20.6. If the current monthly average of 30.6 cases per day continues, the region could see nearly 1,000 cases of COVID-19 in July.

Hospitalizations on the rise

There were 65 new hospitalizations reported in the state, pushing the state’s total to more than double what it was on June 20. Since July 5, 228 people have been hospitalized with COVID-19 in the state.

A report from Vanderbilt University released on Thursday estimates that 808 people are currently hospitalized. Of those, an estimated 250 are in intensive care, and about 100 are on ventilators.

Vanderbilt’s model also estimates the state’s transmission number to be 1.2, and warned that if that number remains constant over the next few weeks, the state could be upwards of 1,000 hospitalizations in the next two or three weeks.

The report also estimates that around two dozen people are hospitalized in Northeast Tennessee, a 200% increase over the past week (July 1-8).

Local hospitalization data is not reported by the state, but officials with Ballad Health said Thursday that they had a total of 27 cases in its coverage area, but Ballad's Chief Physician Executive Dr. Clay Runnels did not have a specific figure for the Johnson City Medical Center.

As of Thursday afternoon, the center’s COVID-19 unit was at or nearing capacity, but the hospital had the capacity to increase the number of beds devoted to virus cases if needed, Runnels said. Hospitalizations mainly were concentrated in the Johnson City area, so Holston Valley Medical Center in Kingsport and other facilities were not nearing capacity.

Any additional COVID-19 beds also would be in the general area of JCMC’s intensive care unit in a cohort of negative pressure rooms to prevent the spread through other areas of the hospital. Runnels said specialized medical staff also would be assigned to the cohort, as COVID-19 care is labor intensive.

Runnels emphasized the need for people to make good decisions about COVID-19 prevention, including limiting travel, hand-washing, social distancing and the use of masks in publics.

Seventy-three deaths have been reported this week, which breaks the previous one-week record of 60. There are still two more days left in the week, so that number will continue to grow.

Novel coronavirus in Tennessee by the numbers: