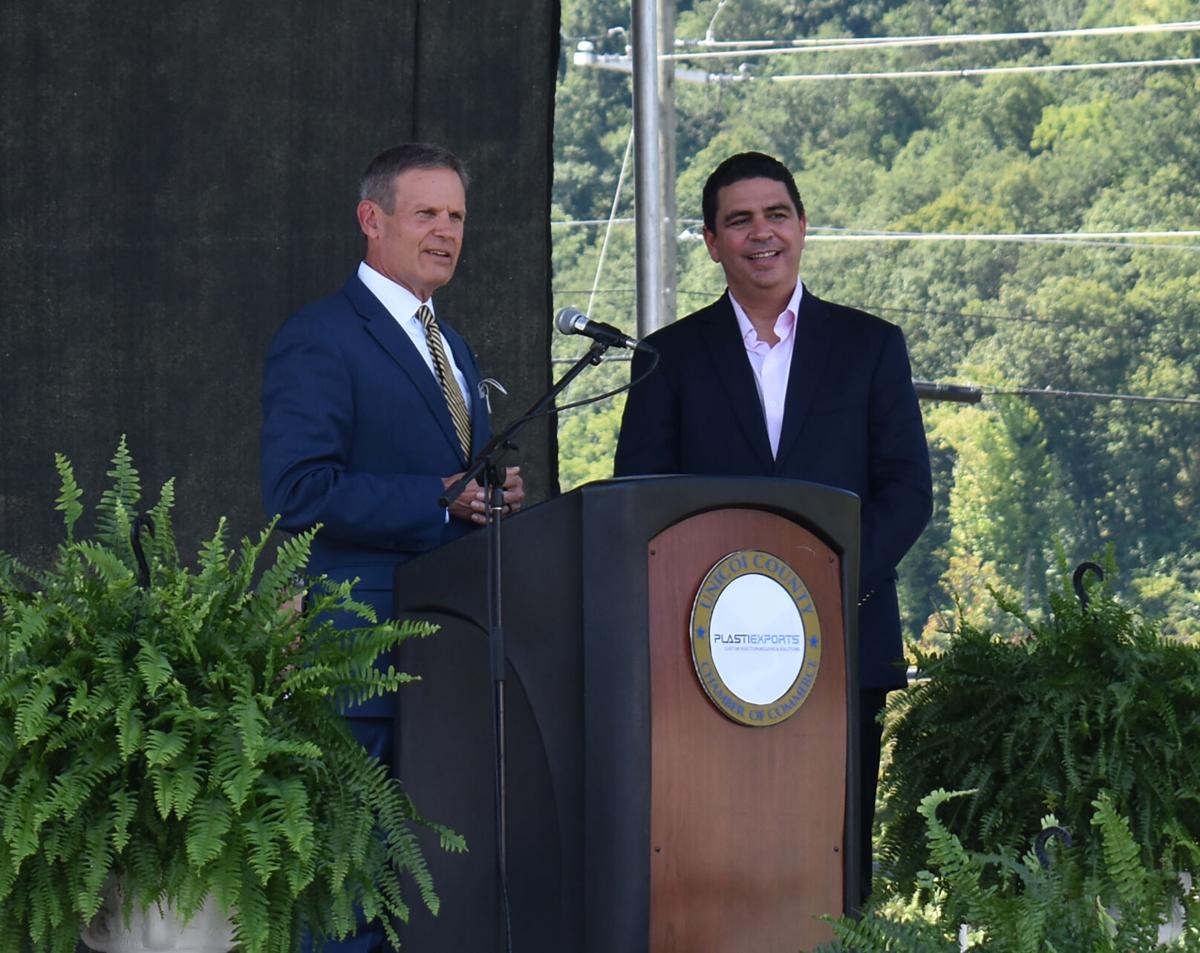 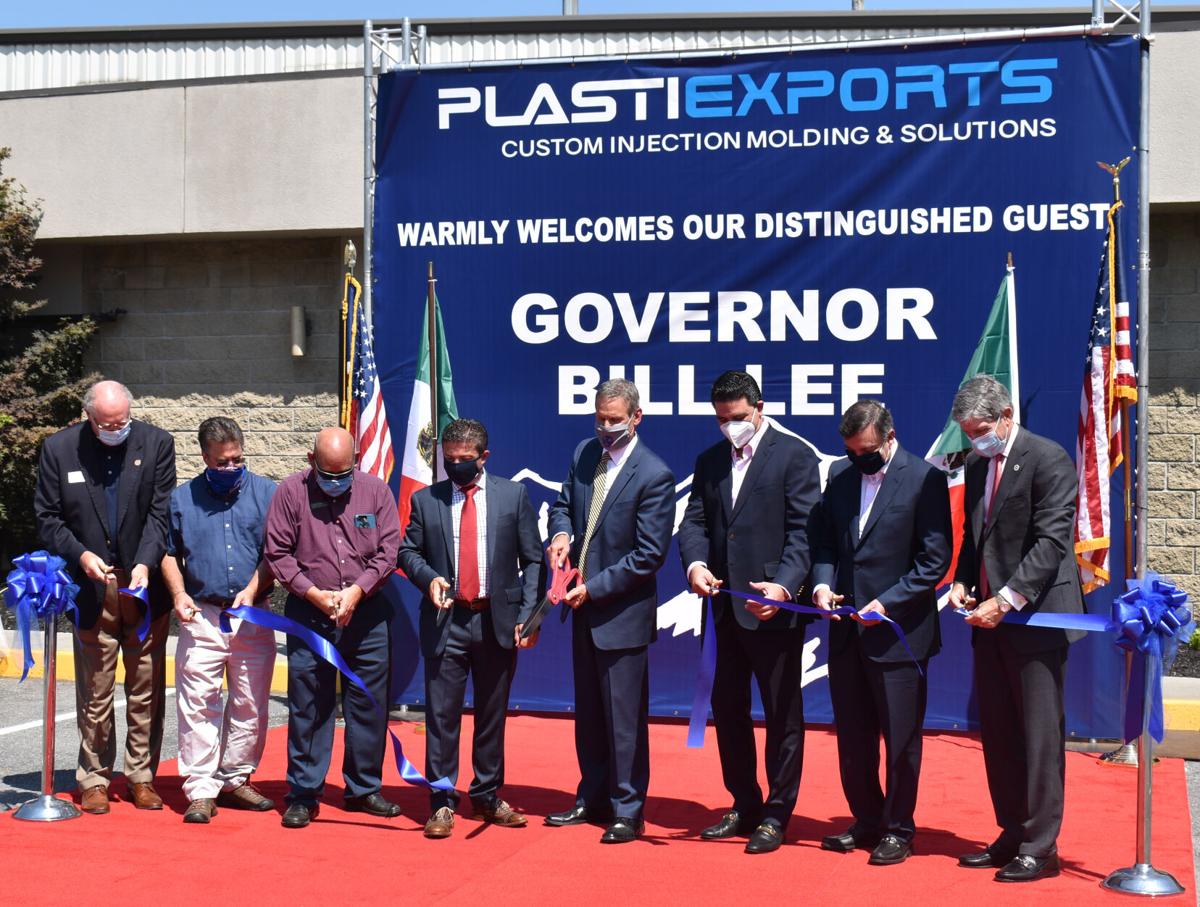 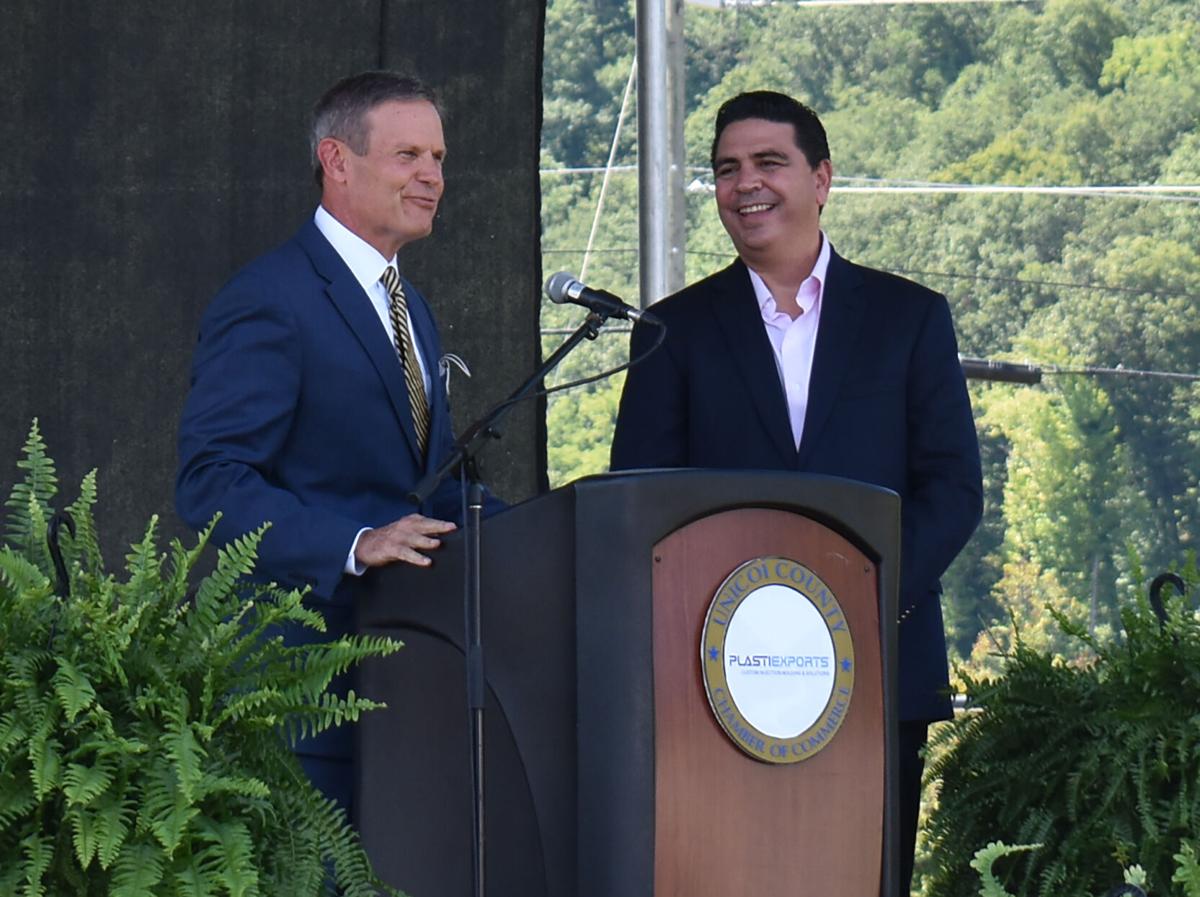 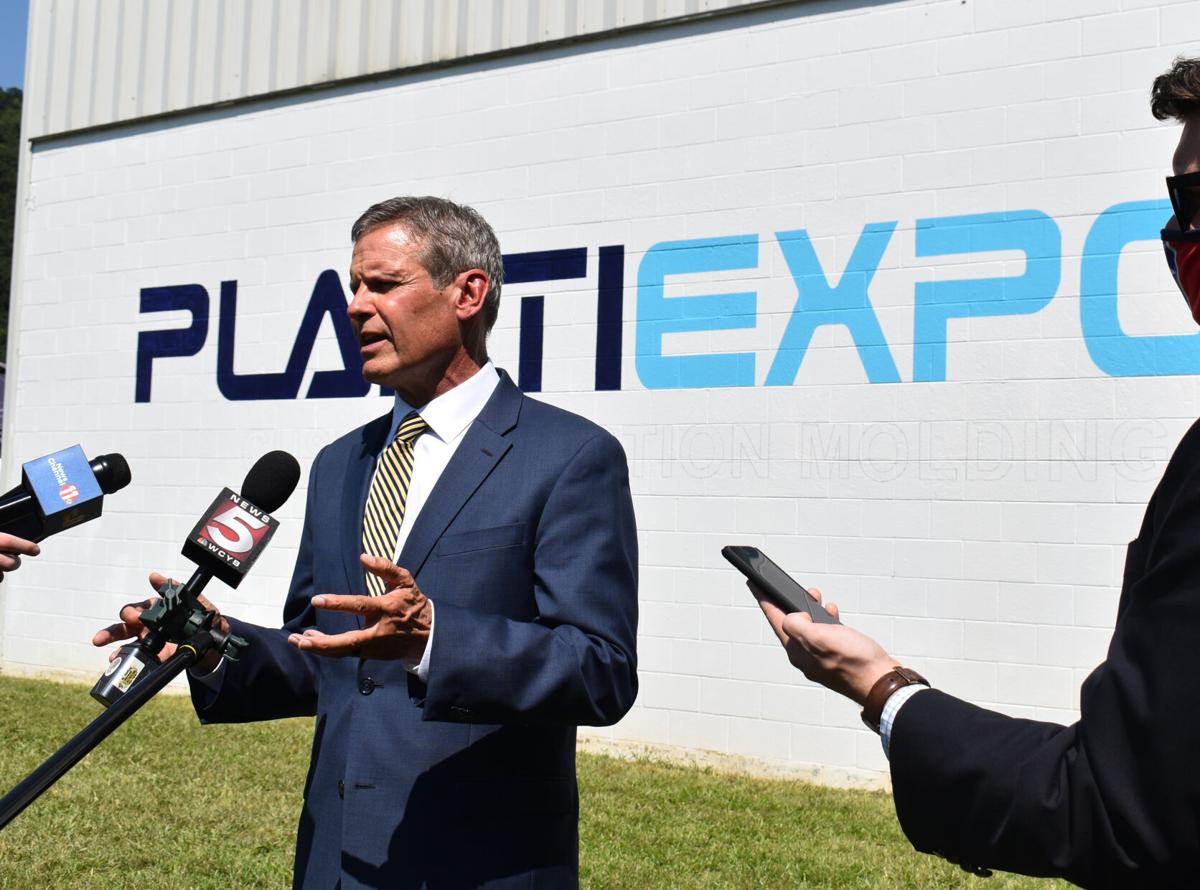 But he said it was rare for him to stand beside a man like PlastiExports CEO Baldwin Britton, who understands the values of a community that go into making a business successful.

Earlier this year, PlastiExports bought the former Regal-Beloit plant in Erwin, which was in the process of shutting down and displacing about 125 workers. The purchase included more than $6 million in direct foreign investment by PlastiExports and a promise to bring 100 jobs to the area over the next five years.

Preceding the governor in his remarks to the several dozen state and local officials and PlastiExports employees who attend the ribbon cutting, Britton said when he first visited Unicoi County and met the people at Regal-Beloit, “I knew this is a people we want to be part of our company.”

“The talent of this community is second to none. I have not seen the productivity I have seen in this plant. The people should be proud.”

Taking the podium, Lee called on Britton to stand beside him as he said, “Rarely do I get the opportunity to stand next to a man who I just meet but can discern and figure out pretty quick understands what’s so great about this part of the state and this county, and the people, and the work ethic, and the value system, and his belief in God and our mutual understanding that values and culture and community are what makes for a great business.”

Addressing the current trifecta of economic downturn, global pandemic and civil unrest, Lee said, “We will get beyond it. I told a group the other day, ‘Take heart Tennessee, we have strength for today and hope for tomorrow.’

“We will navigate our way through that because that’s what Tennesseans do.

“Beyond that,” he said, “We will stay focused on transforming rural communities through job creation and life changing commitments like this one. We will stay committed to our schools and our kids and to their education despite the tremendous challenges schools are facing right now.

“We will stay committed to vocational education, technical education and some other things that I think are transformative because they attract companies like this one to come into communities and transform lives.”

After the event, Lee spoke further about the state’s efforts to help small businesses through the pandemic.

“I will say our state was one of the last to shut down and one of the first to reopen and our economy is recovering faster than most other states in the country our size.”

For small businesses, he said, “We created a small business relief program. We knew that there were a lot of businesses that closed as a result of our shutdown order earlier in the year, so the first wave of relief was targeted directly to those businesses.

“But then we expanded that program to include 60 different industries,” he said.

“There are 40,000 companies that qualify for this relief but only about half of them have actually pursued those checks. They are anywhere from $2,500 to $30,000 per business. Half of the companies haven’t pursued them. All they have to do is to go to the Department of Revenue website and sign up and those checks will be forthcoming.

“But we want to get that relief money into the hands of businesses that are suffering so that people can get back to work, our economy can be moving forward and we can get to that place of bright hope going forward.”

At a time when many companies are floundering because of the economic turmoil brought by the novel coronavirus (COVID-19) outbreak, Gov. Bill …