HEXPOL has been in Washington County since 1973. According to its website, the company “produces a wide range of synthetic compounds for the transportation, tire, industrial and rolls market." 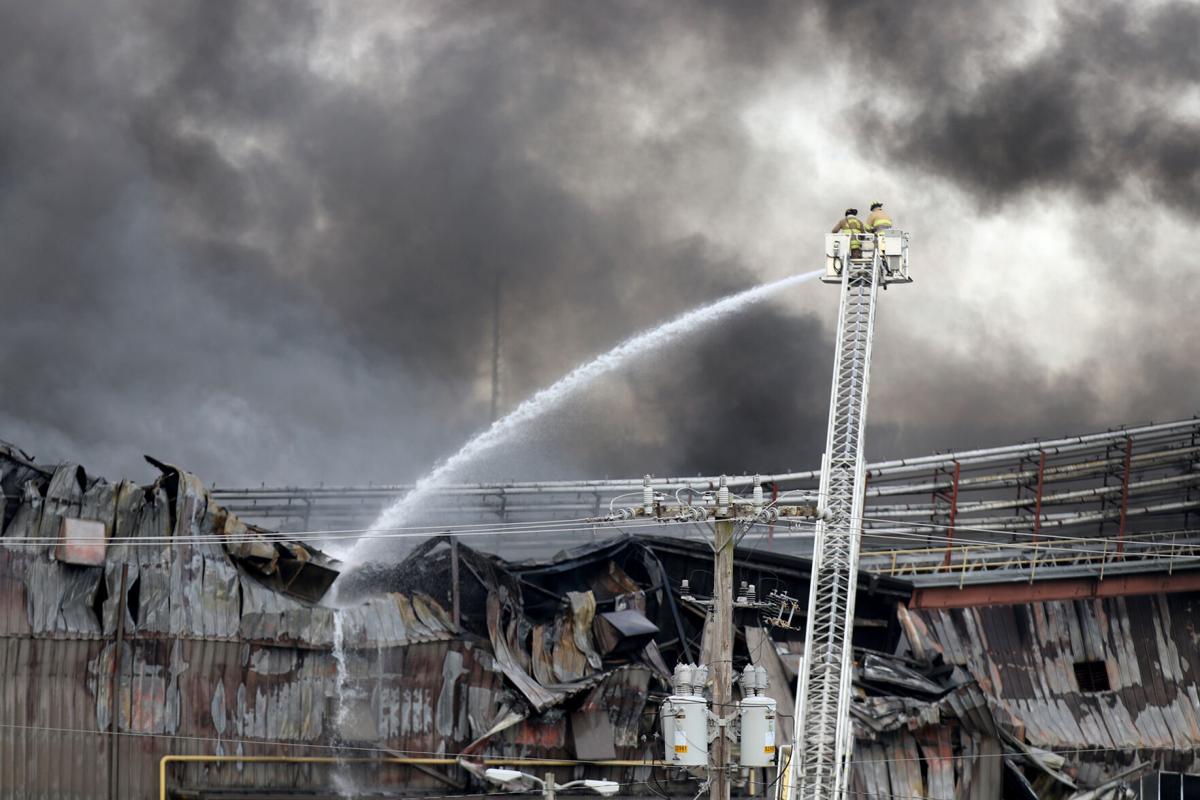 HEXPOL has been in Washington County since 1973. According to its website, the company “produces a wide range of synthetic compounds for the transportation, tire, industrial and rolls market."

Local government leaders say they are working closely with state economic development officials in Nashville to bring assistance to a rubber manufacturing company and its 100 employees after a massive fire that destroyed its Jonesborough plant last week.

Washington County Mayor Joe Grandy said he and other local and state officials have been in contact with the corporate finance officer of HEXPOL Jonesborough in the days after a “tragic fire that resulted in the loss of the complex.”

He said the state has “stepped up with a rapid response team” to assess the employee claims situation, and officials have been in communication with the company’s human resource division.

“We were on a call with HEXPOL yesterday, and they are trying to figure out what to do next,” Grandy told members of the county’s Budget Committee on Wednesday. “This is devastating to them since this is the first time anything like this has happened to the company. They are still reeling like the rest of us.”

Fire departments from Jonesborough and Johnson City, as well as Washington, Greene and Sullivan counties responded to the call with two dozen fire trucks and engines. Emergency crews remained at the scene for several days.

Grandy said HEXPOL corporate officials “have made it clear that taking care of their employees is their No. 1 priority” at this time.

He said company leaders are expecting to meet with its employees later this week “to sort things out” and to “advise them of the company’s plans moving forward.”

The mayor also told members of the committee that John Tinker, an employee who suffered second- and third-degree burns in the fire, was airlifted to a special burn unit of Wake Forest Baptist Health in Winston-Salem, North Carolina, where he is recovering.

“He was up yesterday and taking a few steps,” Grandy said.

Alicia Summers, vice president of Northeast Tennessee Regional Partnership, said a GoFundMe page (www.gofundme.com/f/tinkers-road-to-recovery) has been set up in to assist Tinker with his medical bills.

Grandy said state and local air and water quality monitoring tests have also been conducted near the site of the plant fire.

“There do not seem to be any significant environmental concerns,” the mayor said.

Commissioner Freddie Malone told his colleagues that HEXPOL has been a dependable “long-time employer” in the county.

“We need to rally around them,” he said.

HEXPOL has been in Washington County since 1973. According to its website, the company “produces a wide range of synthetic compounds for the transportation, tire, industrial and rolls market. The compounds are produced on highly automated and fully process-controlled mixing lines, based on the latest technology.”

The large number of firefighters who responded to a rubber manufacturing plant fire Thursday was scaled back by Friday afternoon, but crews we…