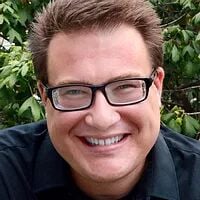 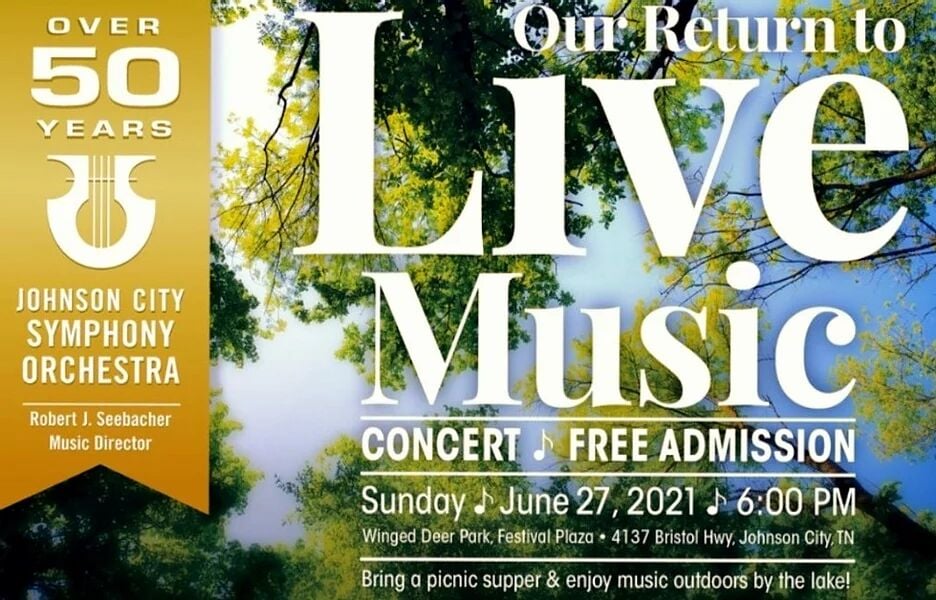 The Johnson City Symphony Orchestra is celebrating over 50 years with their first live concert since the COVID-19 pandemic.

The Johnson City Symphony Orchestra is celebrating over 50 years with their first live concert since the COVID-19 pandemic.

The Johnson City Symphony Orchestra is celebrating 52 years with a free concert on June 27, its first live event since the start of the COVID-19 pandemic.

“This is supposed to be a fun, low pressure event,” said Rob Seebacher, music director and conductor of the Johnson City Symphony Orchestra since 2008. “People can dress however they want, bring the kids, bring the pets. The important thing is, we’re back together and playing.”

Admission is free and spectators are encouraged to bring a picnic meal to enjoy alongside the music. In the event of inclement weather, the event will be moved inside to Indian Springs Baptist Church, 325 Hill Road, Kingsport.

Spectators can expect some familiar songs, including some from “Star Wars,” as part of this all-American outdoor concert, according to Seebacher.

“We want to play music that people want to hear and that we can make sound good,” Seebacher said, “so it’s lots of music everyone will recognize.”

While the orchestra’s last live performance was in February 2020, they stayed active during the pandemic with a virtual holiday concert available at https://www.youtube.com/watch?v=Fw3X4W3yWVY. Now, after only two in-person rehearsals, the 70 orchestra members are very excited for Sunday’s event ,according to Seebacher.

The orchestra is also planning on a full 2021-22 season beginning in October. The season will consist of six concerts, and the flyer for season ticket renewal will be released in August.

“I’m most excited for this season than any other in the 12 years I’ve been here,” Seebacher said. “We’ve got great guest artists and amazing music planned. It’s gonna look like a real season.”

Sarah Owens is a senior at Milligan University and a native of Alabaster, Ala.. She is majoring in communications and is a member of the Milligan Women's Soccer team. She has a passion for traveling and animals and an interest in international cultures.