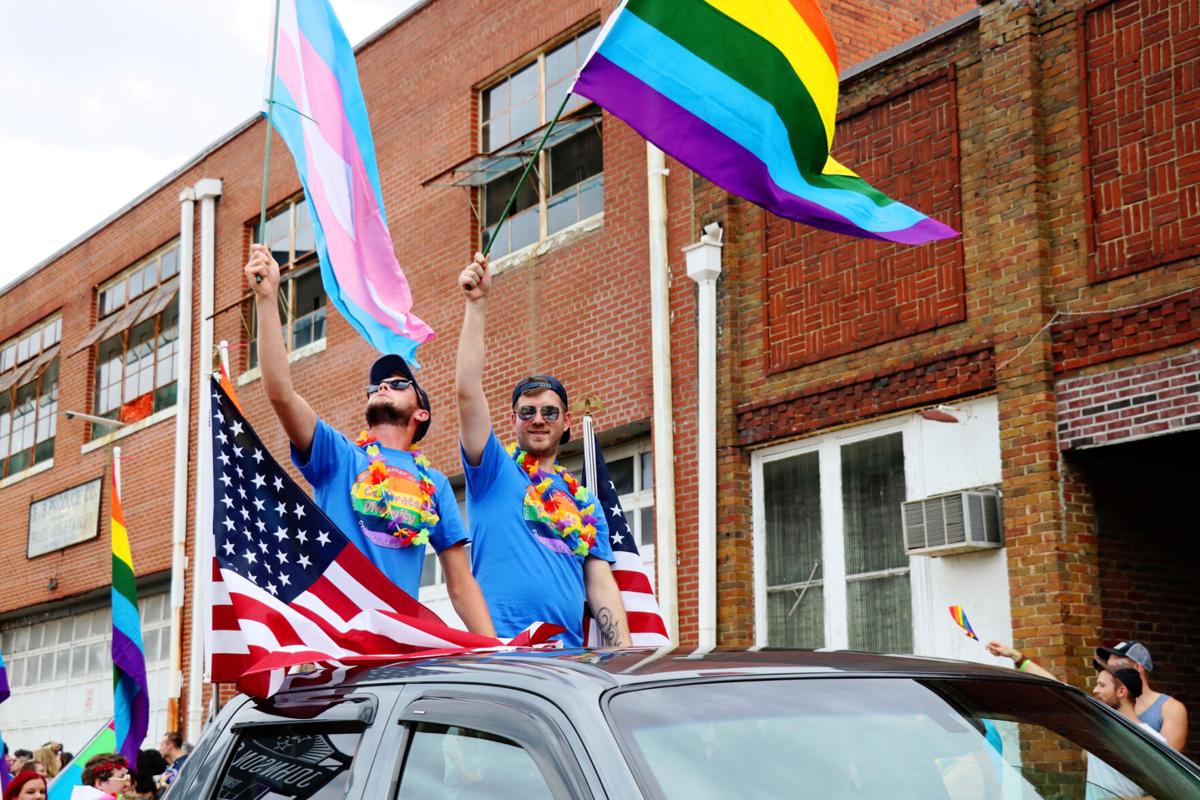 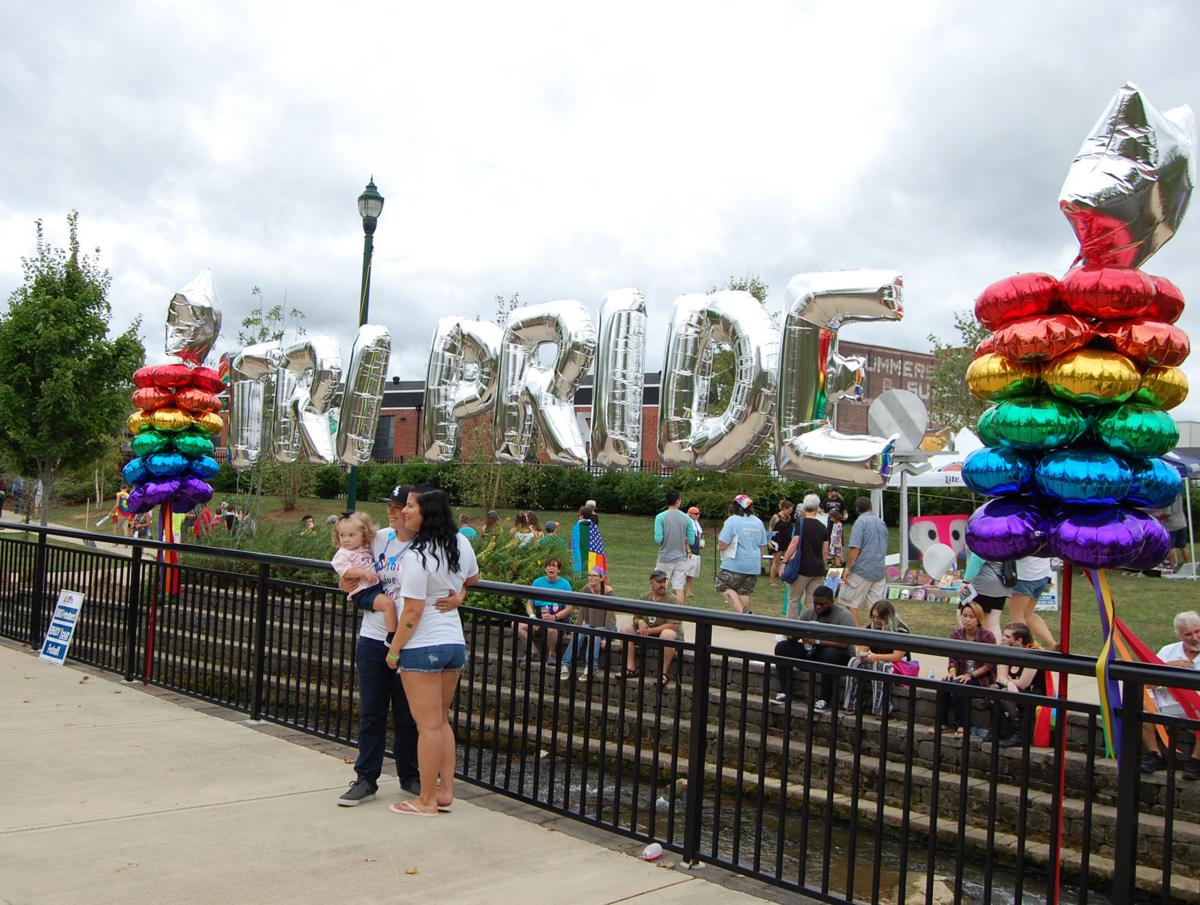 A couple takes a picture in front of balloons that spell out "TriPride" at Founders Park on Saturday. 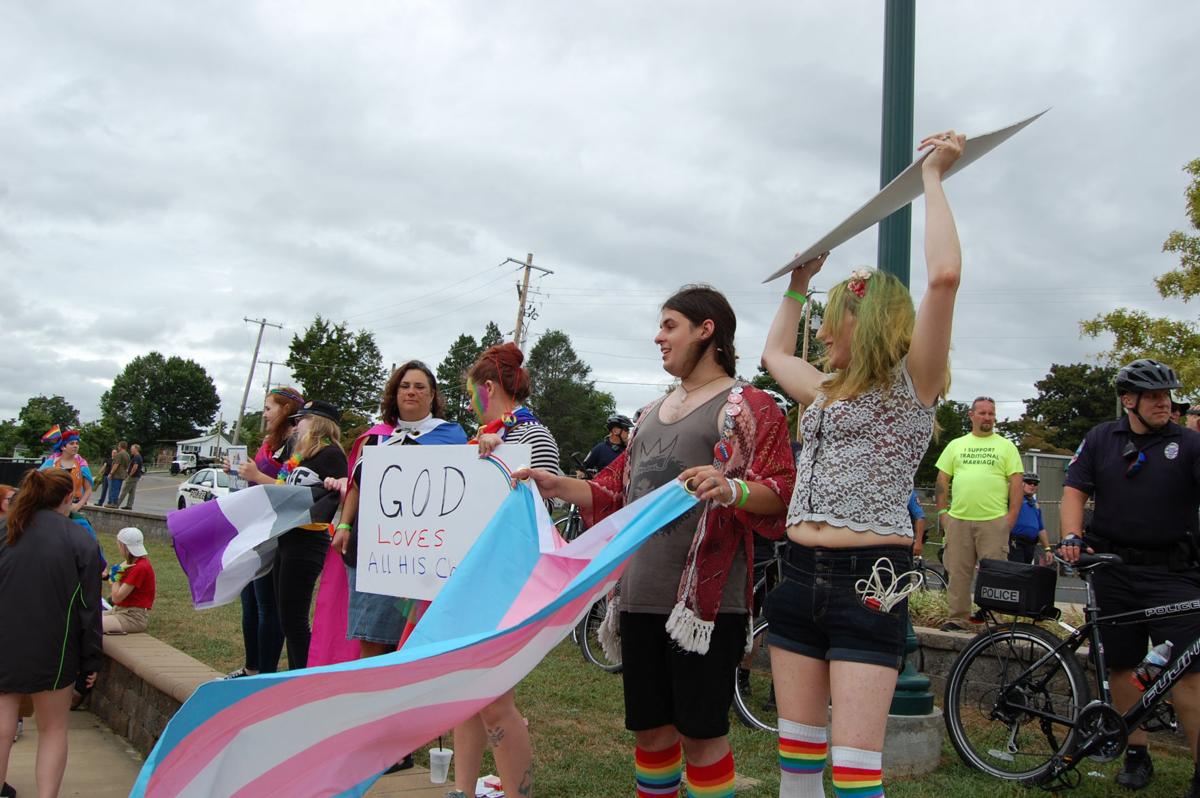 A couple takes a picture in front of balloons that spell out "TriPride" at Founders Park on Saturday.

Out of eight cities measured in Tennessee, Johnson City has tied with Murfreesboro for the state’s lowest score on a national index evaluating policies for LGBTQ people.

Johnson City received a 12 out of 100 on the Human Rights Campaign Foundation’s 2020 municipal equality index, the same score the city received in 2019.

“The municipal equality index is the only national assessment of LGBTQ equality regarding municipal policy, laws and services,” said Colin Kutney, the senior manager of state and municipal programs at the Human Rights Campaign.

The index isn’t a ranking of the best cities for LGBTQ people to live in, the organization said in a FAQ about the metric, but instead serves as an evaluation of a city’s laws and policies and how inclusive services are for LGBTQ people.

Kutney said the criteria fall into five categories: non-discrimination laws, the municipality as an employer, municipal services, law enforcement, and the leadership support for LGBTQ equality.

All the research is conducted using publicly available information, including the city code and city website, to see if the city meets the standards for credit, Kutney said. They also give cities the opportunity to send additional information or make any corrections to the organization’s assessment.

Johnson City received all 12 of its points for reporting 2018 hate crime statistics to the FBI.

Mayor Joe Wise said the city is ranked many times each year by various outside organizations.

“Somebody’s put some sort of data into their formula and produced an assessment based on 3, 5, 15 or 20 factors that they’ve decided to impart more or less meaning to,” Wise said. “From a city standpoint, we can’t ... be making policy decisions solely to influence their scoring methodologies.”

He added that the score city officials look at is the citizen survey, which asks residents about the services the city provides.

“That’s the one I’m concerned about,” he said. “How do our citizens think we are performing, and what do they consider Johnson City’s top priority?”

He said the Human Rights Campaign Foundation’s score is ultimately based almost exclusively on the creation of new positions, programs and services targeted solely toward LGBTQ people.

He said the city is providing services to all people without regard to their race, creed or sexual identity.

Kutney said the municipal equality index provides an avenue for cities to update their laws, policies and services to intentionally include vulnerable populations in their services.

“We provide them with resources, standards for credit and best practices to include LGBTQ (people) specifically,” Kutney said.

Eastman Chemical Company received a score of 100 on the Human Rights Campaign’s corporate equality index for 2021, a separate index that measures corporate practices, policies and benefits pertinent to LGBTQ people in the business community.

That makes the company among 767 U.S. businesses that earned top marks.

Eastman touted its score in a press release on Jan. 28.

“As we develop new products to meet society’s most pressing needs, we must inspire fresh thinking and innovative ideas,” Eastman Chairman and CEO Mark Costa said in the release. “And that requires a culture that makes every team member feel valued, empowered and motivated to do their best work.”

Johnson City still has a lot of work to do when it comes to improving the state of LGBTQ rights locally, according to the Human Rights Campaig…