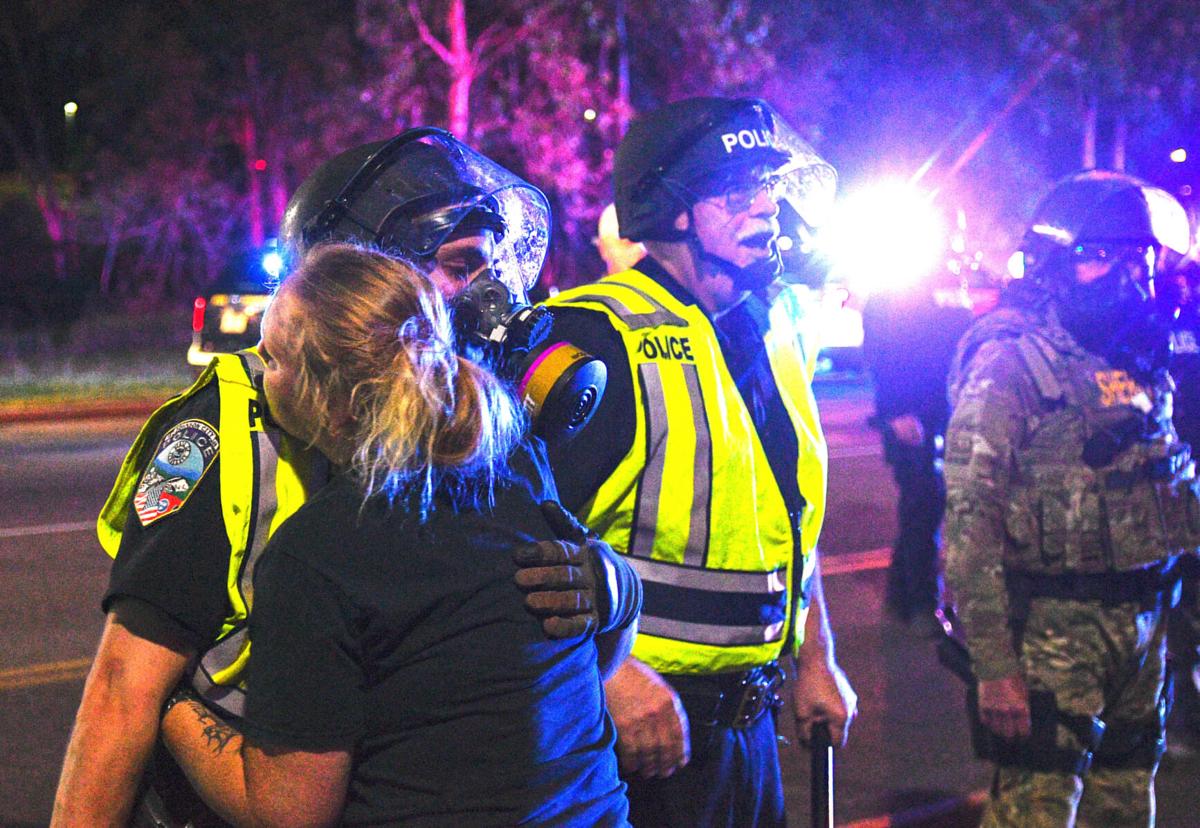 The Johnson City Police Department is putting together a stand-alone duty-to-intervene policy, which would require local officers to step in if they see a colleague violating a law or procedure.

Johnson City Police Chief Karl Turner said there are duty-to-intervene requirements in the department’s revised use-of-force policy, but he wants the expectation to extend beyond instances of force to include other circumstances.

“Duty to intervene is not just stopping an unreasonable use of force,” he said. “If I’m making a mistake on a search or something, then we would ask our officers to intervene there as well.”

This process included reviewing use-of-force and duty-to-intervene policies at local law enforcement agencies to ensure chokeholds weren’t used as a restraining technique and that police officers were required to stop fellow officers from violating a law or policy.

Prompted by the death of George Floyd, who died in the custody of Minneapolis police on Memorial Day, the JCPD has added language to its use of force policy banning chokeholds. Turner said the ban was in the department’s policy in the 1990s before it was removed because it wasn’t considered an acceptable use of force.

“I guess at the time they thought it was outdated,” Turner said. “It just wasn’t something that we did, so it wasn’t addressed, basically.”

Turner said chokeholds are allowed as a means of protection in situations where an officer’s life is in imminent danger, but officers can’t use them to apprehend a suspect.

The department has also more clearly defined the duty-to-intervene requirements in its use-of-force policy.

Turner said changes were motivated in part by meetings city leaders had with members of the New Generation Freedom Fighters over the summer.

Participants reviewed changes included in the 8 Can’t Wait initiative, a list of eight suggested police reforms, and compared those recommendations to the JCPD’s use-of-force policy.

At the time, Turner said, about six of those policy suggestions were already in the department’s policy.

The governor’s office also announced that the Peace Officers Standards & Training Commission, or POST, would increase access for law enforcement agencies to the National Decertification Index, a national registry that tracks officers who have lost licenses or certificates because of misconduct.

Capt. Kevin Peters, with the JCPD’s Criminal Investigations Division, said everyone hired by the department must already be POST-approved, which can tell the agency if potential new recruits have been decertified in another state.

Peters said the department conducts a thorough background check on new recruits and contacts any agency where the applicant has previously worked, gathering information on reprimands or internal investigations.

If the department has access to the National Decertification Index now, Peters said, that will be an additional step it will take in vetting new recruits.

“We take all the help we can get when we’re doing our background investigations,” he said.

Peters said he couldn’t see the department hiring someone who has been decertified in another state.

In addition to other training enhancements, the governor’s office said the Tennessee Law Enforcement Training Academy will now require annual in-service training that includes 10 hours dedicated to topics like de-escalation techniques and duty to intervene, officer wellness and community immersion.

JCPD Training Officer Andy Clevinger said the department already incorporates many of the topics announced by the governor’s office into its training sessions.

The state currently mandates at least eight hours of firearms and use of force training annually, and the department is also required to conduct courses on emergency vehicle operation, mental health and preventing child sex abuse.

Clevinger said maintaining officer safety is the department’s top priority, and de-escalation techniques, which the department currently trains on, is something every officer should learn.

“Any change for the good is a good change,” he said of the governor’s recommendations. “It’s something we’ve got to prepare ourselves for because everything is changing, especially in the law enforcement world.”