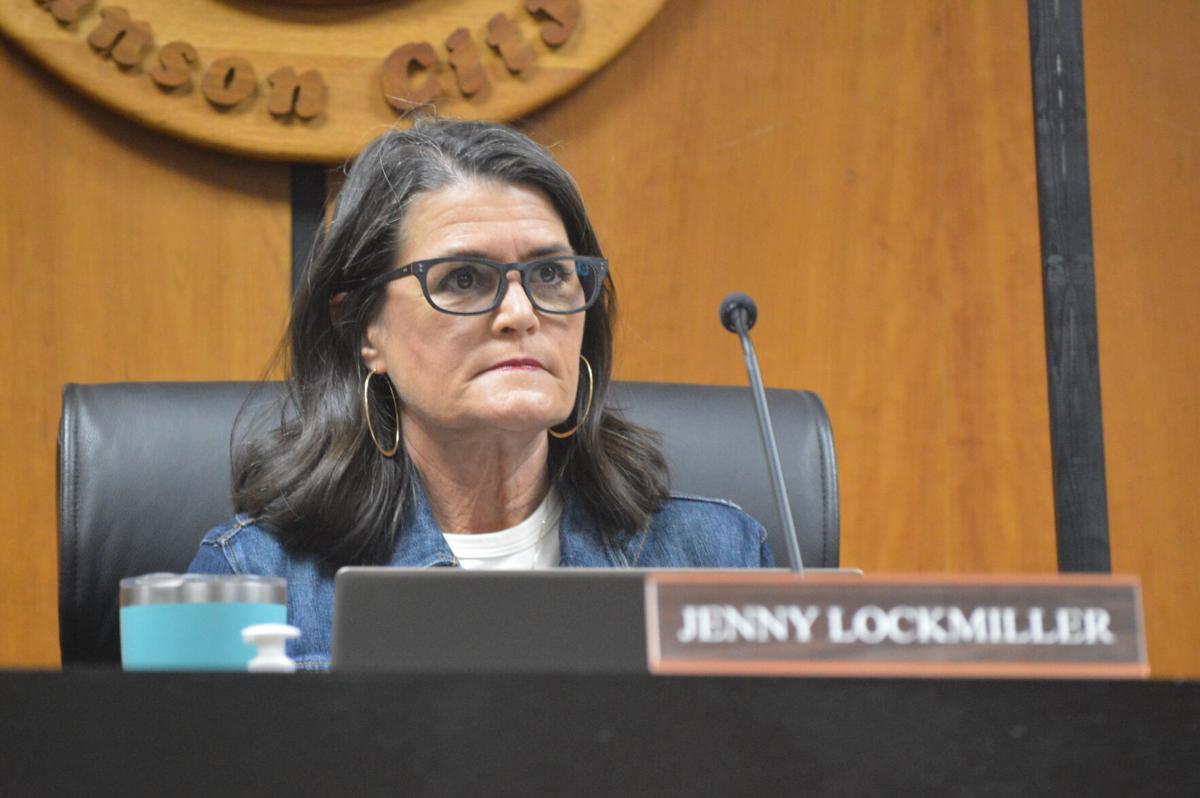 Board of Dwelling Standards Chair Jenny Lockmiller listens to a presentation from staff during a meeting on April 22. 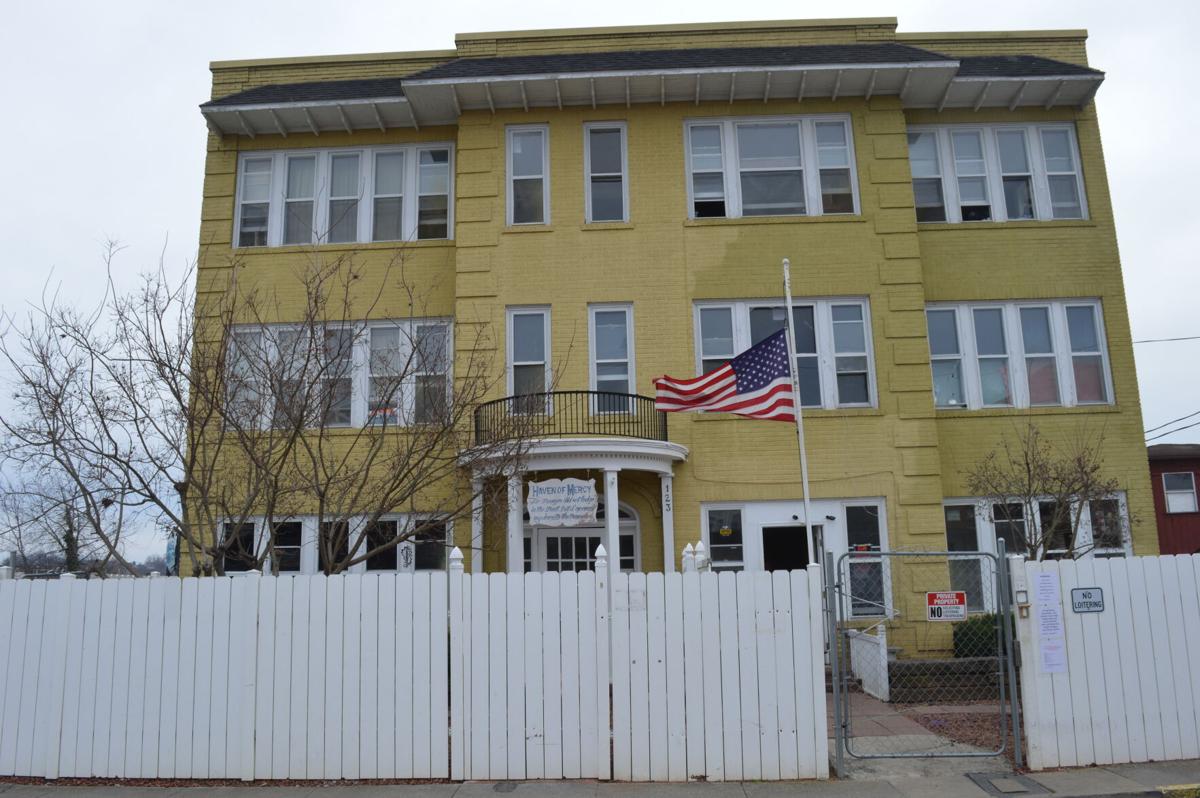 The Haven of Mercy homeless shelter is located at 123 W. Millard St. 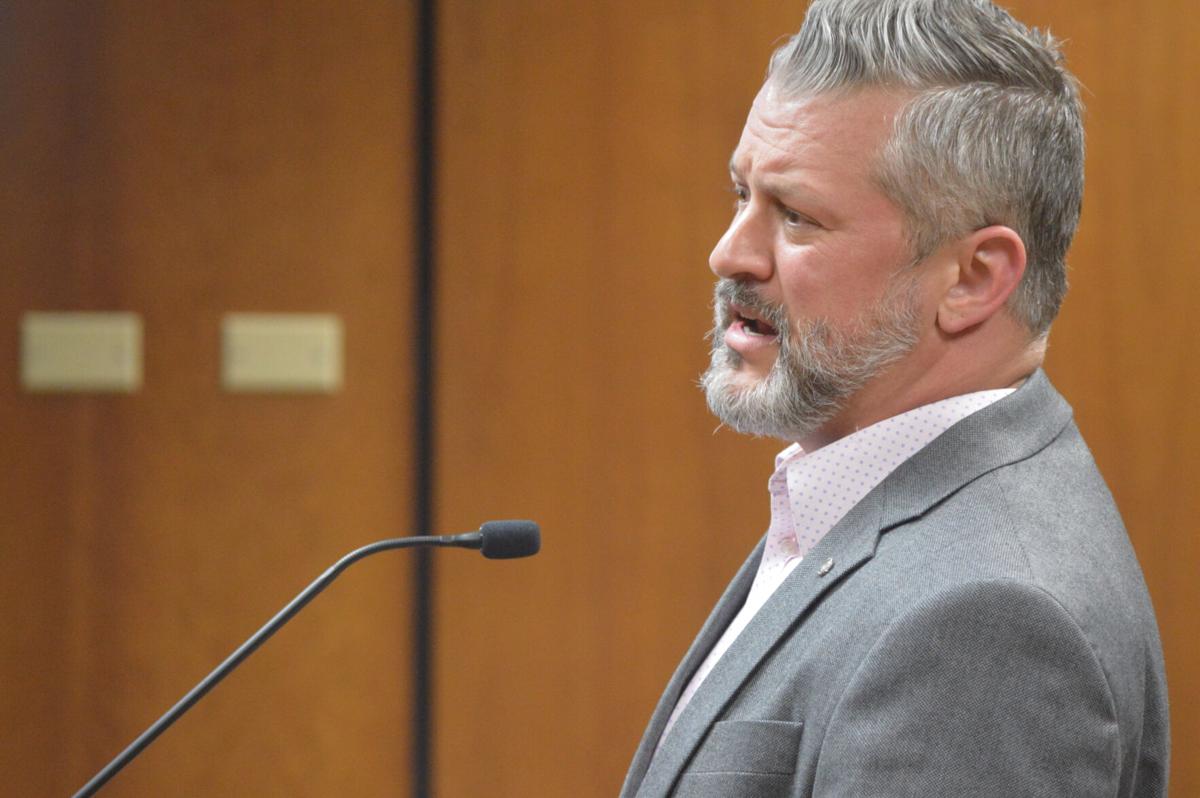 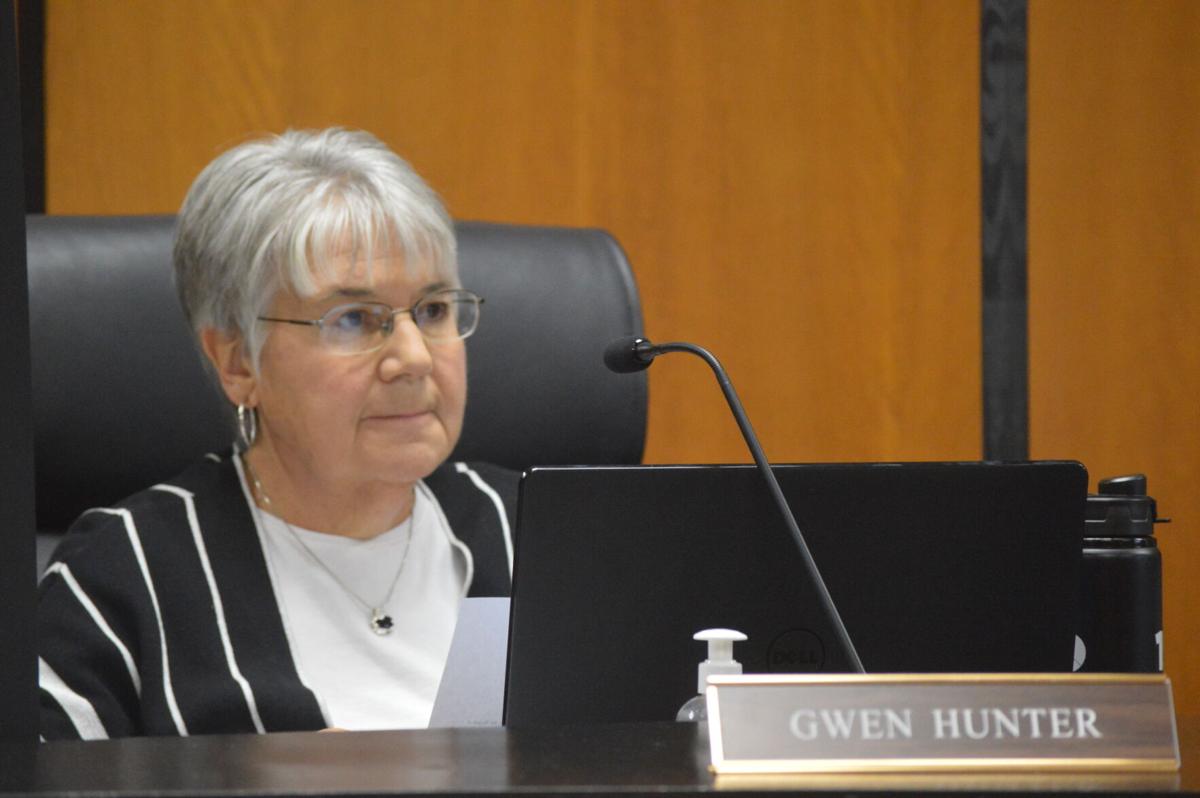 Board of Dwelling Standards Vice Chair Gwen Hunter listens to a presentation from staff during a meeting on April 22.

Board of Dwelling Standards Chair Jenny Lockmiller listens to a presentation from staff during a meeting on April 22.

The Haven of Mercy homeless shelter is located at 123 W. Millard St.

Board of Dwelling Standards Vice Chair Gwen Hunter listens to a presentation from staff during a meeting on April 22.

As city staff review sealed drawings from an architect outlining repairs, the Haven of Mercy homeless shelter will continue to operate at a reduced capacity of at most 35 residents.

Members of the Johnson City Board of Dwelling Standards voted 3-1 Thursday to continue consideration of the building at 123 W. Millard St. to their May meeting. Member Dave Jenny voted in opposition, and Jennifer Hyder abstained.

“There is work going on on the plans as requested,” said Vice Chair Gwen Hunter, explaining her motion to continue. “That’s been progress, and we’ve really not been given any new information.”

In January, the board found that conditions exist at the shelter that increase the risk of fire and injury and ordered the building repaired.

Board members also want to receive a progress update at their May meeting and for staff to ensure the shelter is continuing to follow the limit set on capacity, which is roughly half of what the shelter’s occupancy was in January.

“I have no reason to believe that there’s anything going on that shouldn’t be going on,” Hunter said, “but it’s incumbent on us to be sure that properties are as safe as possible while the progress is being made.”

City staff in the building division are currently reviewing a renovation permit from the homeless shelter.

Development Services Manager Dave McClelland said staff reviewed the architectural plans and had several comments, which is common for this process. He estimates that it could be at least a month before permits are pulled, which must be done before repairs can take place.

“I’m very happy to get the drawings,” McClelland said. “I’m happy they put in the work to generate the drawings. I’m glad that they’re addressing the issues that are there, and this process is absolutely typical for anything that needs to be repaired. They’re going through the steps they need to.”

Board members also asked if they could order staff to verify that the shelter was continuing to refrain from cooking in its kitchen, but that was an administrative order McClelland made in September and it does not fall under the board’s purview.

During its meeting in January, the board ordered that the homeless shelter temporarily close while the owner conducted repairs. Among other violations, a closure order issued by the city said permits are needed for a kitchen hood, an electrical sub-panel behind the kitchen and interior electrical issues in the basement and throughout the building.

After a legal tug-of-war with the property owner, the board ultimately opted to rescind its order to vacate in February and heard testimony from shelter residents during a called meeting on March 11. The board continued the issue to a meeting on March 25, during which they set capacity limits on the building. They continued it again to their meeting Thursday so they could get another progress update.

The Haven of Mercy’s architect, Carl Gutschow, was unable to attend the meeting Thursday, but according to an affidavit shared by the shelter’s attorneys, he maintains that the necessary repairs can be made while residents stay at the building.

The shelter’s attorneys, Amber Floyd Lee and Devon Muse, are concerned the board isn’t giving them the platform to object or present evidence and that the board is taking “unorthodox” steps to monitor and inspect the Haven.

City Staff Attorney Sunny Sandos said it’s proper for members to ask staff to check that the board’s orders are being complied with. She added that board meetings aren’t courtrooms — they follow Robert’s Rules of Order.