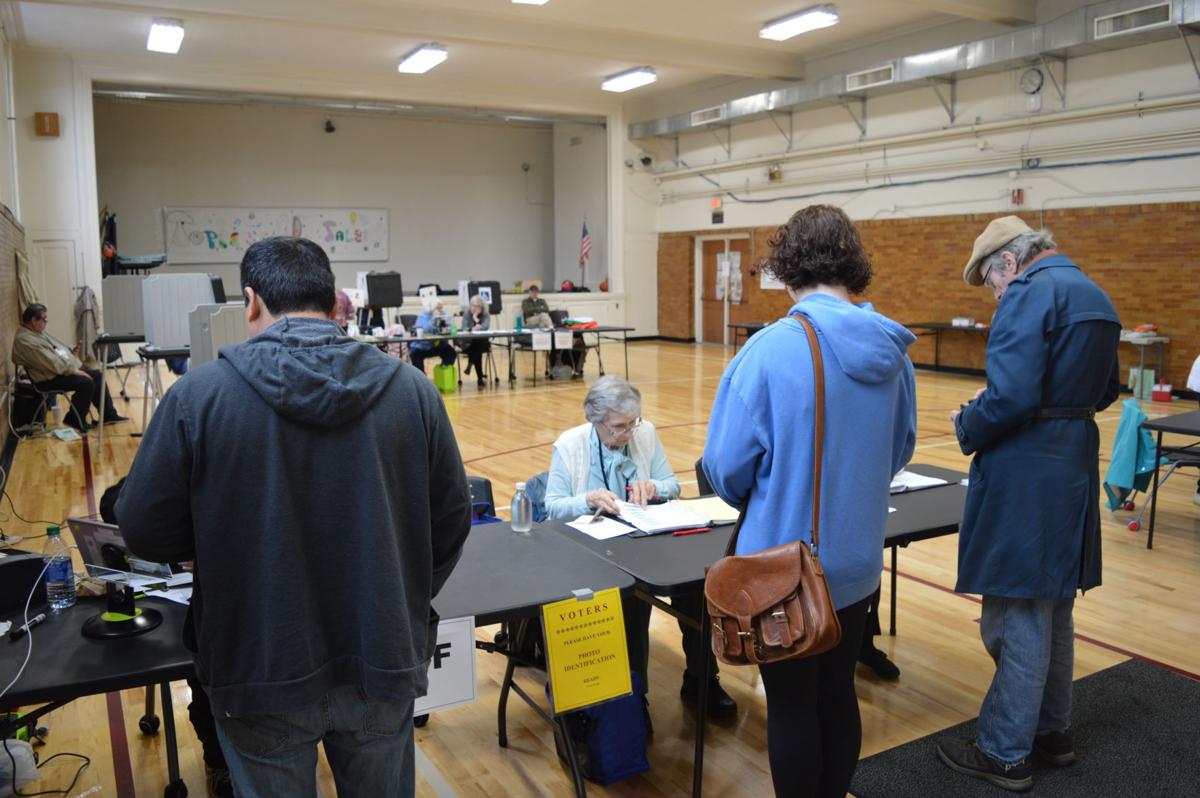 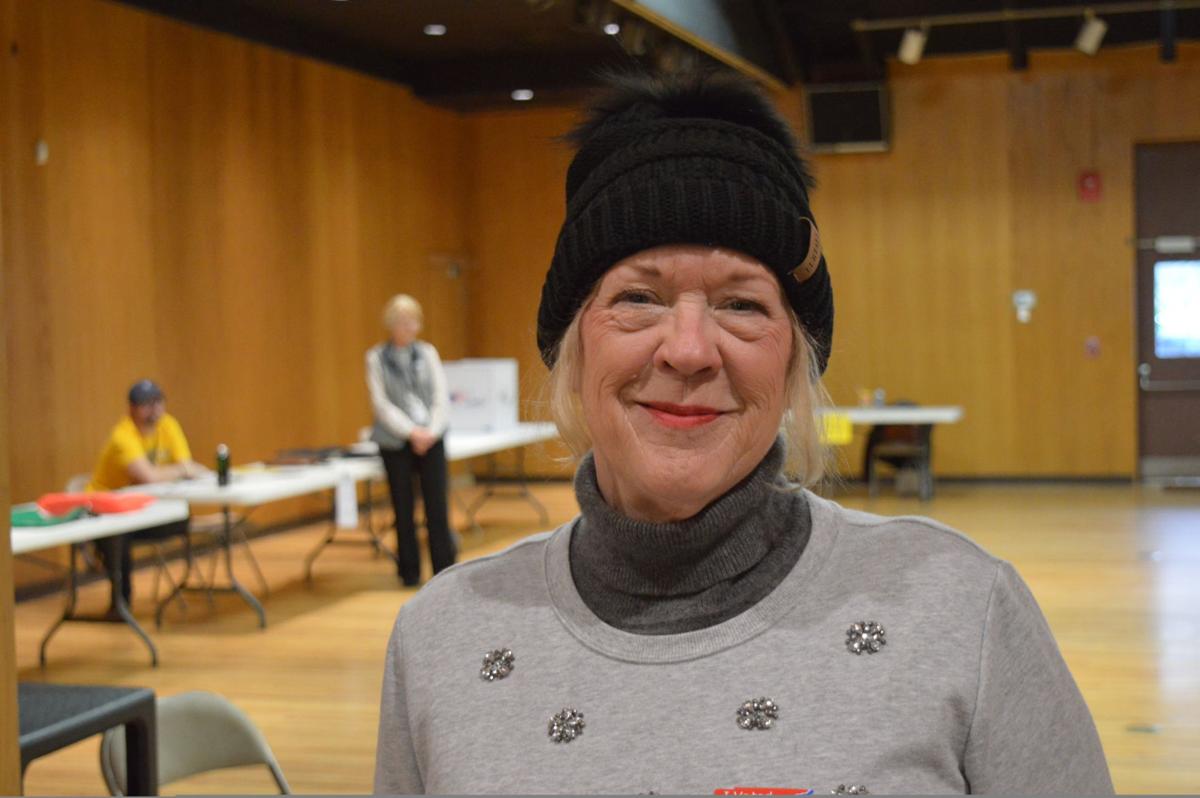 Mary Ann Fair is a 66-year-old general contractor and voted for President Donald Trump in the Republican Primary. 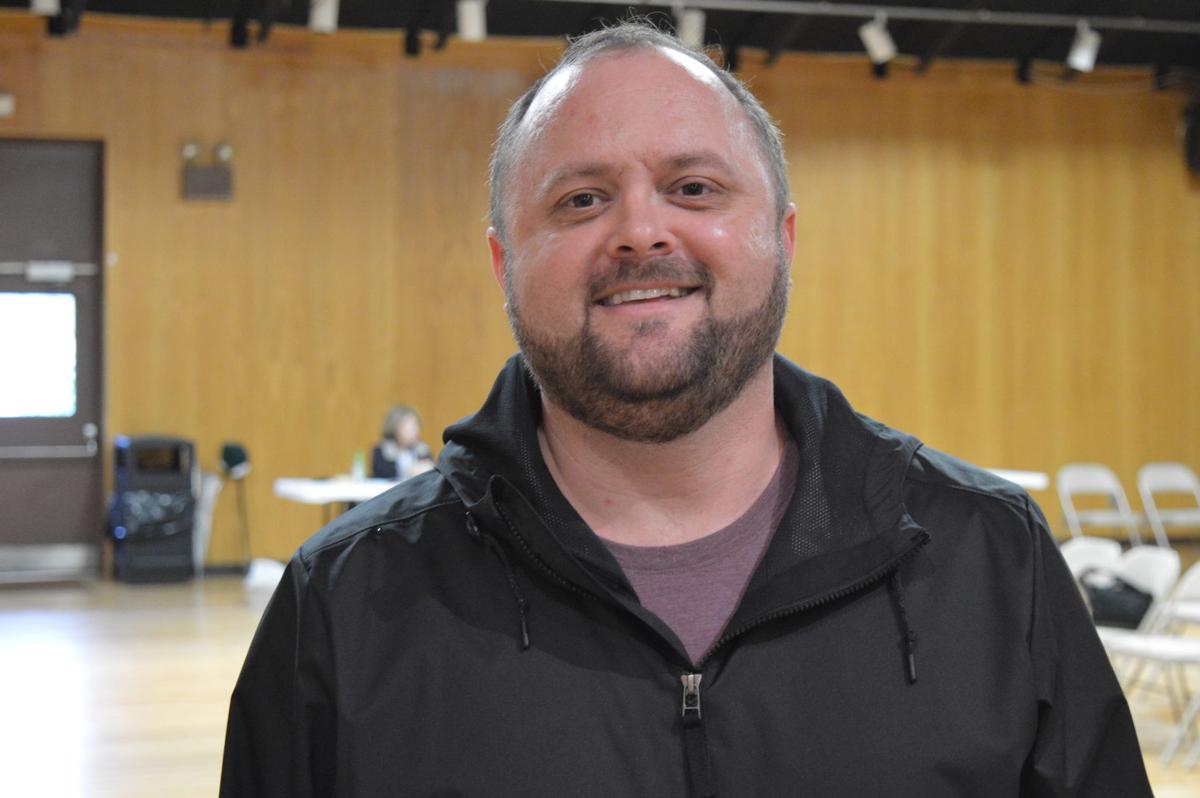 Jonathan Moore is a 39-year-old CNC operator and voted for former Vice President Joe Biden in the Democratic primary. 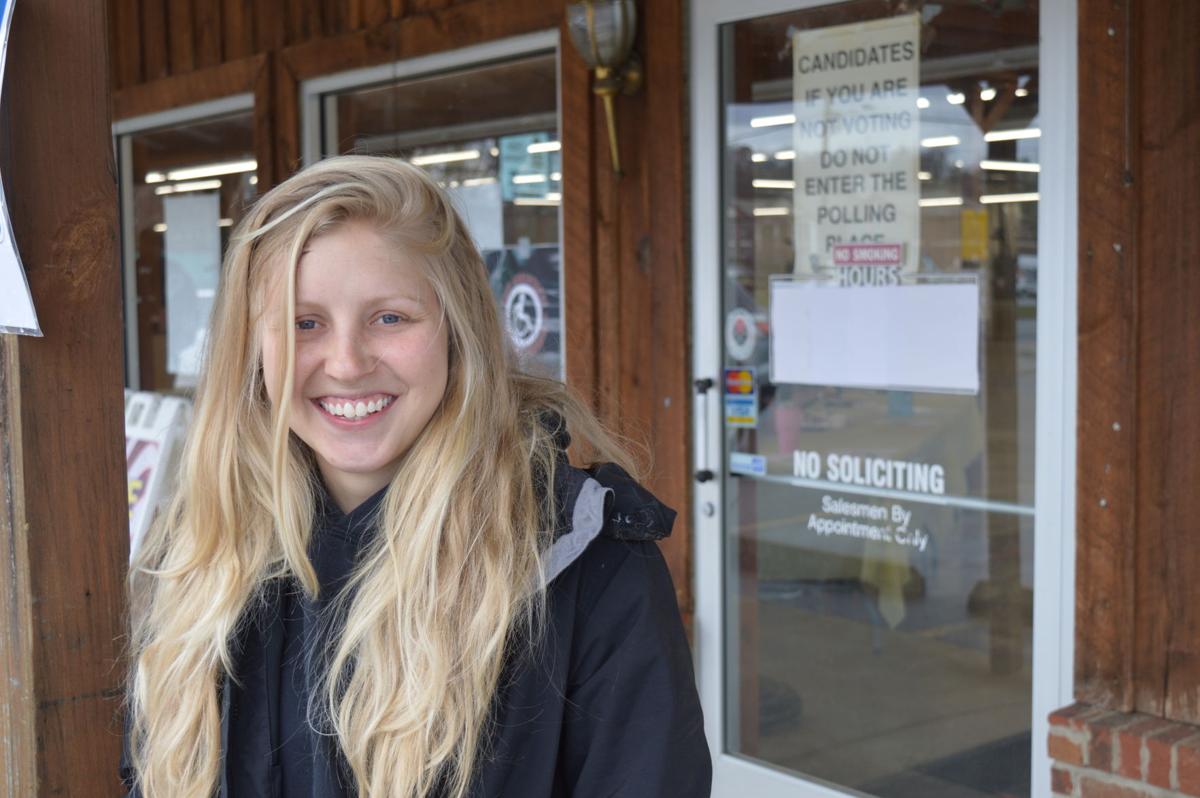 Taylor Toth, 24, works at Nuclear Fuel Services in Erwin and voted for President Donald Trump in the Republican primary. 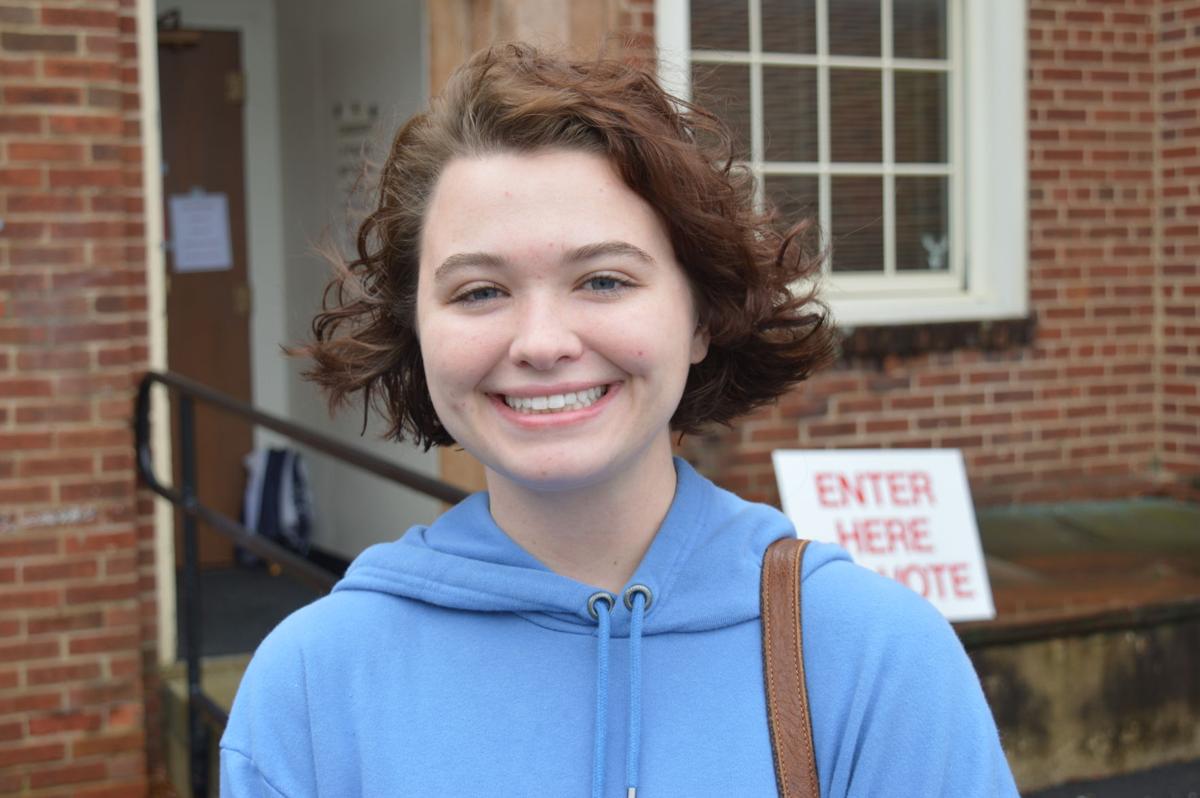 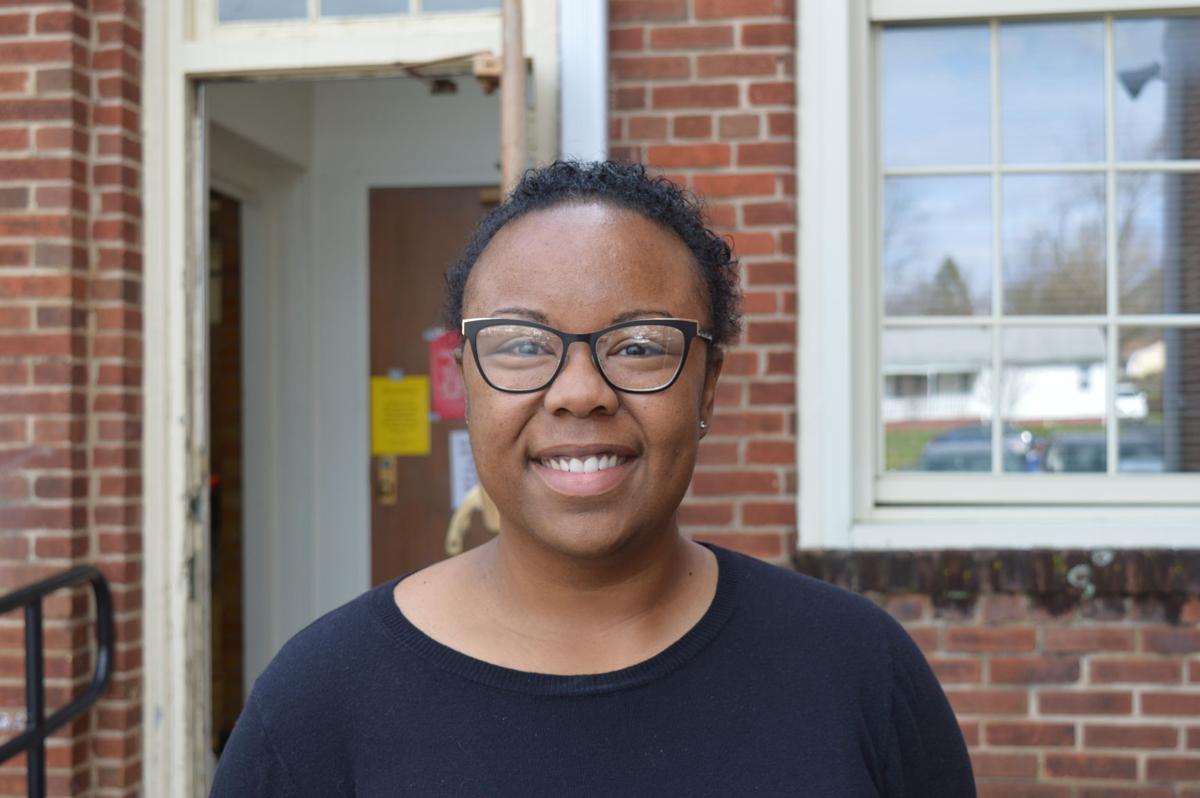 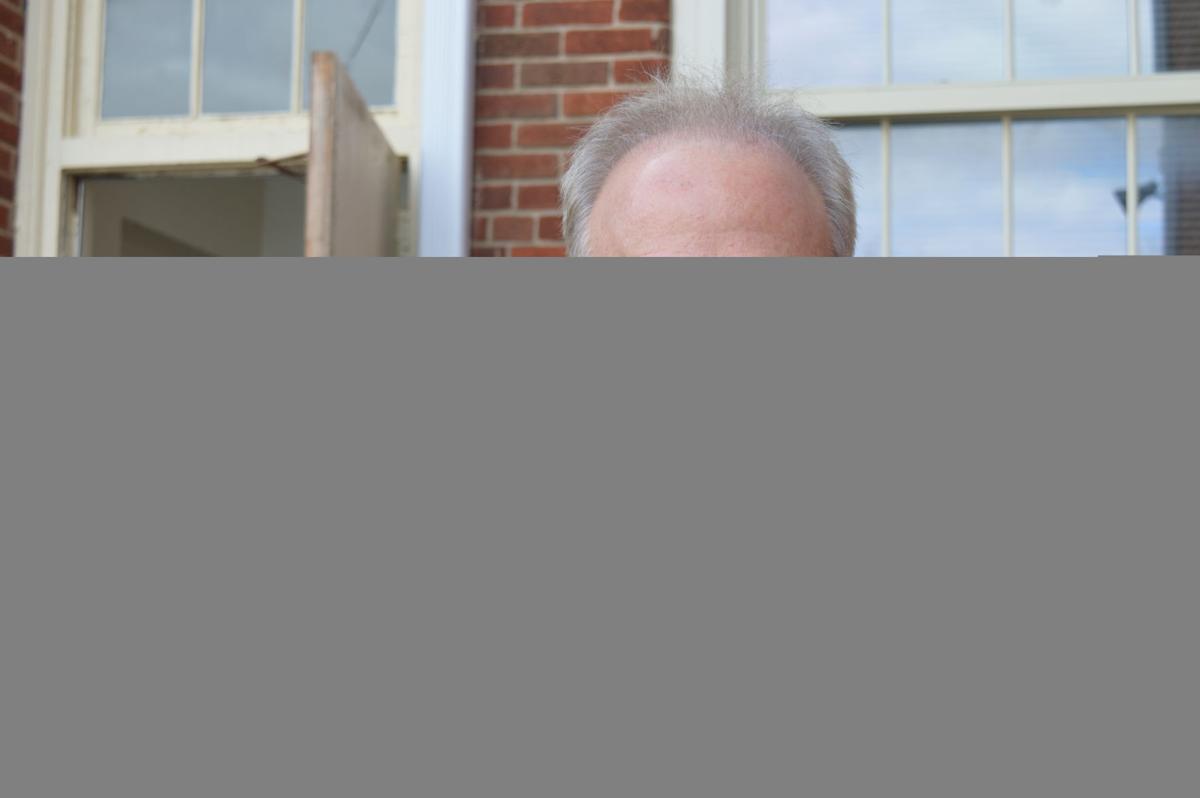 59-year-old Rusty Mitchell said he initially supported Minnesota Sen. Amy Klobuchar and former South Bend Mayor Pete Buttiegig for the Democratic nomination, but she dropped out shortly before the primary on Tuesday. He also likes Trump and said he feels like his life has improved since Trump took office. 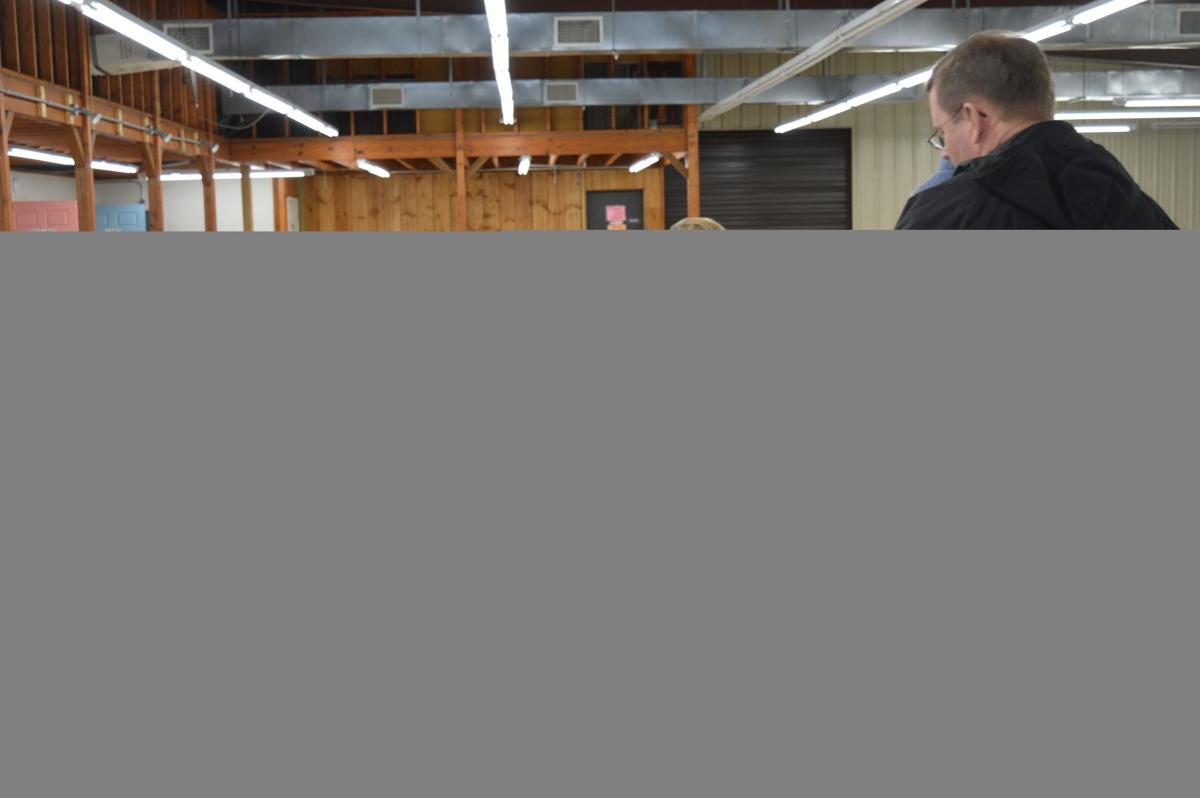 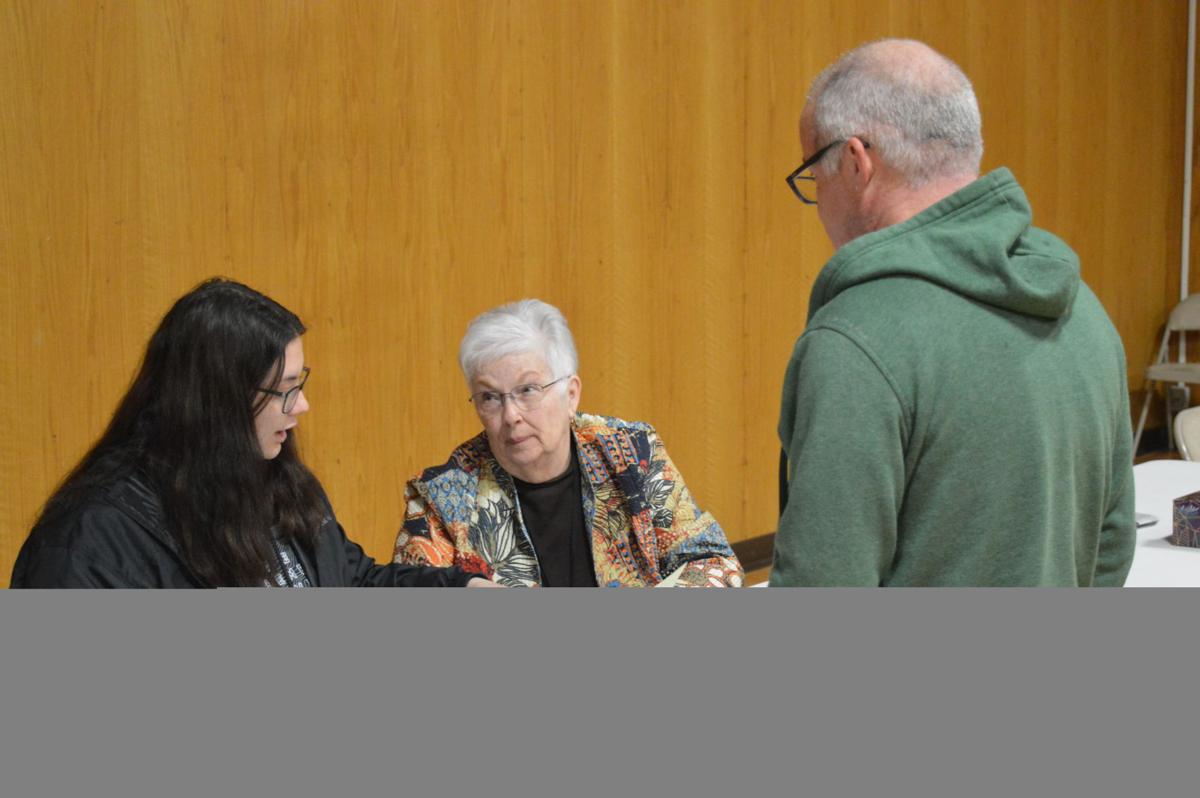 Mary Ann Fair is a 66-year-old general contractor and voted for President Donald Trump in the Republican Primary.

Jonathan Moore is a 39-year-old CNC operator and voted for former Vice President Joe Biden in the Democratic primary.

Taylor Toth, 24, works at Nuclear Fuel Services in Erwin and voted for President Donald Trump in the Republican primary.

59-year-old Rusty Mitchell said he initially supported Minnesota Sen. Amy Klobuchar and former South Bend Mayor Pete Buttiegig for the Democratic nomination, but she dropped out shortly before the primary on Tuesday. He also likes Trump and said he feels like his life has improved since Trump took office.

The Associated Press called the Tennessee Democratic primary in favor of former Vice President Joe Biden, who had a double-digit lead at press time. Northeast Tennessee, however, was split closely between Biden and Vermont Sen. Bernie Sanders, with 36.5% for Biden and 32.9% for Sanders.

Turnout in Northeast Tennessee lagged among Republicans when compared to 2016, but Democrats saw a slight boost in turnout overall.

Jonathan Moore, 39, is a computerized numerical control operator and voted for Biden in the Democratic Primary. Moore thinks Sanders is drawing much of his support from young people who don’t know enough about the real world and that most of Sanders’ ideas are unrealistic.

“The idea that you can pay for Medicare for everybody without wrecking the whole system is just silly,” Moore said, a notion that he said also extends to Sanders’ support of allowing certain felons to vote.

Aside from Biden, Moore said he would’ve voted for former South Bend, Indiana, Mayor Pete Buttigieg, but Buttigieg dropped out of the race shortly before Super Tuesday.

“I think we need a unifier,” Moore said. “There’s a little too much division on both sides. We do need to have a unifier and come together. That’s No. 1.”

Indya Scalf, a 33-year-old social worker, said she would be voting for Sanders on Tuesday. Scalf said he appeares to have reliable plans for working class people, and she appreciates his willingness to help with student debt. She believes Sanders’ policies are geared towards inclusiveness, especially for minorities.

Scalf said the economy and health insurance are two important issues she’s considering as she votes, especially since her wife is diabetic doesn’t currently have ready access to health care. She believes the current health care system needs to be reformed.

“I think health care costs are ridiculous, in my opinion,” Scalf said. “And I go back to my wife, ... she takes two separate vials of insulin and its like $300-$400 a month, and we just can’t afford that.”

Courtney Layer, a 22-year-old student studying international affairs at East Tennessee State University, was another one of those to cast a vote for Sanders at the Henry Johnson Alternative Learning Center, 820 W. Market St., and said that, out of all the Democratic candidates, Sanders has the best chance of beating Trump in the November election.

“I kind of like the idea of free healthcare, which I know that there’s a lot of downsides to it as well,” Layer said. “As a student, free state college would be awesome because I do have a lot of loans.”

She said Trump hasn’t performed as poorly in office as she thought he would, but she doesn’t agree with the majority of his decisions, pointing specifically to his decision to ban transgender individuals from serving in the military. She said immigration and the economy are also priorities ahead of the general election.

“Everyone says Trump has done so much for the economy, but I really feel like we’re just reaping the rewards from past presidencies,” she said.

Mary Ann Fair, a 66-year-old general contractor who runs Classic Design Construction Inc., voted for President Donald Trump in the Republican primary at the Visitors Center in Jonesborough on Tuesday.

Fair said she wants to see America resolve its confrontations in Afghanistan and Iraq and the coronavirus kept out of the United States, an initiative that she believes the Trump administration has been successfully addressing. Pointing to job growth and trends in the stock market, Fair believes the economy is doing “very well” under Trump, but she said the U.S. appears to be experiencing high inflation, especially with the cost of groceries. Fair believes that is a side-effect of a healthy economy, noting Trump has “turned our nation around.”

Trump handily won a Republican primary in which he faced no real challenge, taking more than 90% of the vote.

Taylor Toth, 24, who works at Nuclear Fuel Services in Erwin, also voted for Trump at the former Old Towne Ace Hardware location, 220 N. 2nd Ave. She said Trump has kept his word by helping farmers and, despite pushback, attempting to build a wall on the Southern border.

“I grew up on a farm, and nobody else seems to represent them,” she said.

Toth said she hasn’t thought about the current slate of Democratic candidates, but she is opposed to former New York Mayor Michael Bloomberg, noting that he appears too focused on white collar jobs.

Rusty Mitchell, 59, work in the pharmaceutical industry and identifies as an independent. He initially planned on voting for Minnesota Sen. Amy Kobuchar, saying she was genuine and didn’t seem like a politician. Buttigieg was his second choice.

Even though he voted for former Sen. Hillary Clinton in the last election, he does like Trump because he doesn’t seem like a politician, and Mitchell said he does feel better off compared to three years ago. He said he would never vote for Sanders.

“I’ve traveled a lot and been to other countries in Europe and seen socialism and communism and it all starts out good but it doesn’t work,” he said. “It disincentivizes people.”

Mitchell said environmental issues are important to him, which he said is the only area where he feels like the Republican Party has lost him.

“I know that we can’t change a lot of things, but to be able to address them and start implementing some change is a big issue for me,” he said, adding that he ended up writing in Dwayne “The Rock” Johnson.