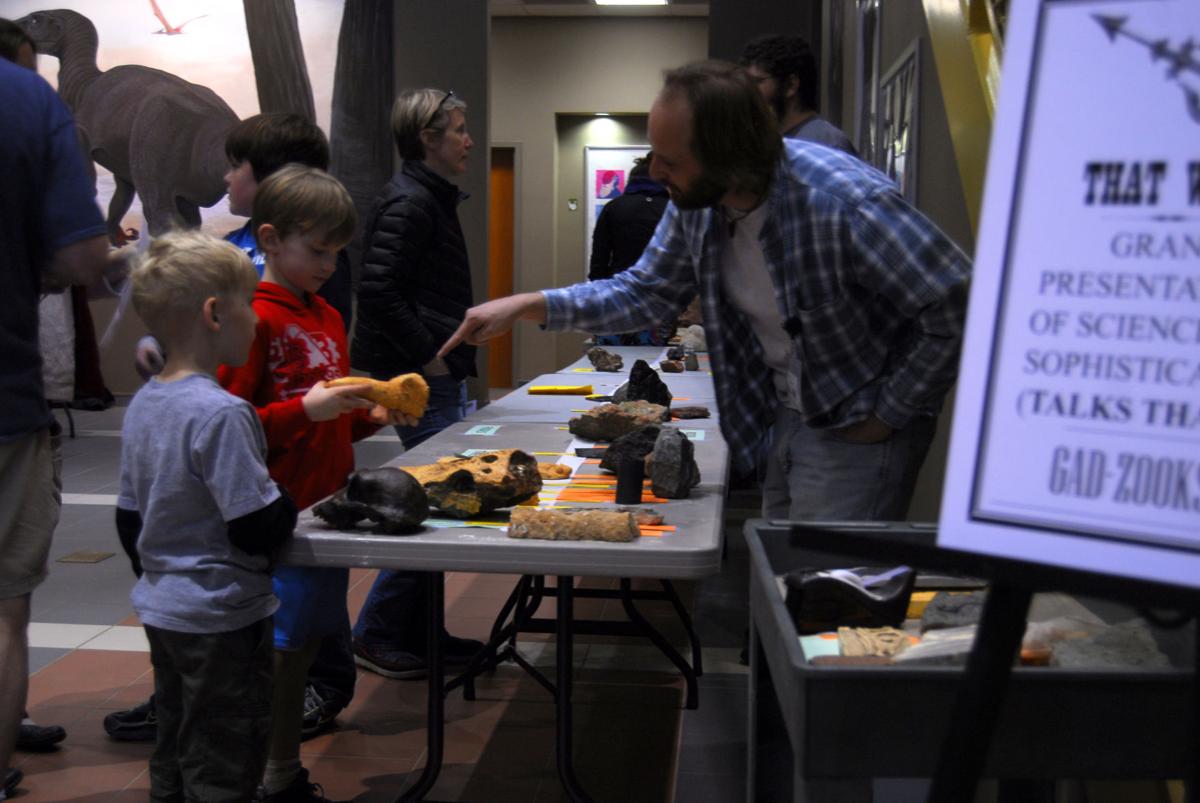 Seven-year-old Julian Jones, back, his mother, Jodie and his friend, Karsten Suit, 7, enjoy a day at the ETSU and General Shale Natural History Museum learning about fossils, geology and evolution for Darwin Day. 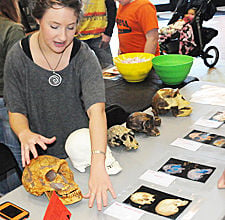 Seven-year-old Julian Jones, back, his mother, Jodie and his friend, Karsten Suit, 7, enjoy a day at the ETSU and General Shale Natural History Museum learning about fossils, geology and evolution for Darwin Day.

This is the first year that Hands On! Regional Museum staff will be co-hosting the event with ETSU faculty, staff and volunteers. The day’s activities will be held Saturday from 10 a.m. to 4 p.m. and include a scavenger hunt and lessons about human evolution and dog domestication. The day will be full of activities for all ages, including two lectures punctuating the day’s events.

The first lecture, “Human Evolution and Homo naledi: Redefining our Family Tree and Science Outreach” will begin at 11 a.m. and will be presented by Dr. Zach Throckmorton, an assistant professor of anatomy at Lincoln Memorial University, Harrogate. The lecture will delve into an extinct species of a human ancestor that scientists found in a South African cave in 2015.

The second presentation, “Evolution and Creationism: Defining Science, Creating Controversy”, will be given by ETSU associate professor of philosophy David Harker at 2 p.m.

Darwin Day honors the legacy and discoveries of Charles Darwin, who studied the science of evolution by natural selection in the 19th century. The celebration is pegged around Darwin’s birthday every year — Feb.12. His studies have brought with them a whirl of controversy ever since he published them in “On the Origin of Species” in 1859.

Dr. Blaine Schubert, executive director of ETSU’s Center of Excellence in Paleontology, said Darwin Day remains one of the busiest days of the year for the Gray Fossil Site. He said that despite the controversy surrounding evolution and natural selection, the community still appears to be engaged and interested in learning more about Darwin and the science of evolution.

Schubert notes that Darwin isn’t the only historic figure to be born on Feb. 12 — Abraham Lincoln was born the same day 208 years ago.

“Like Charles Darwin, Abraham Lincoln changed the way we think about the world,” Schubert said. “They were really ahead of their time.”