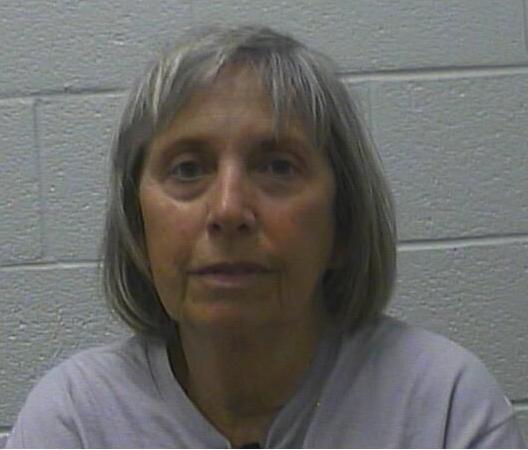 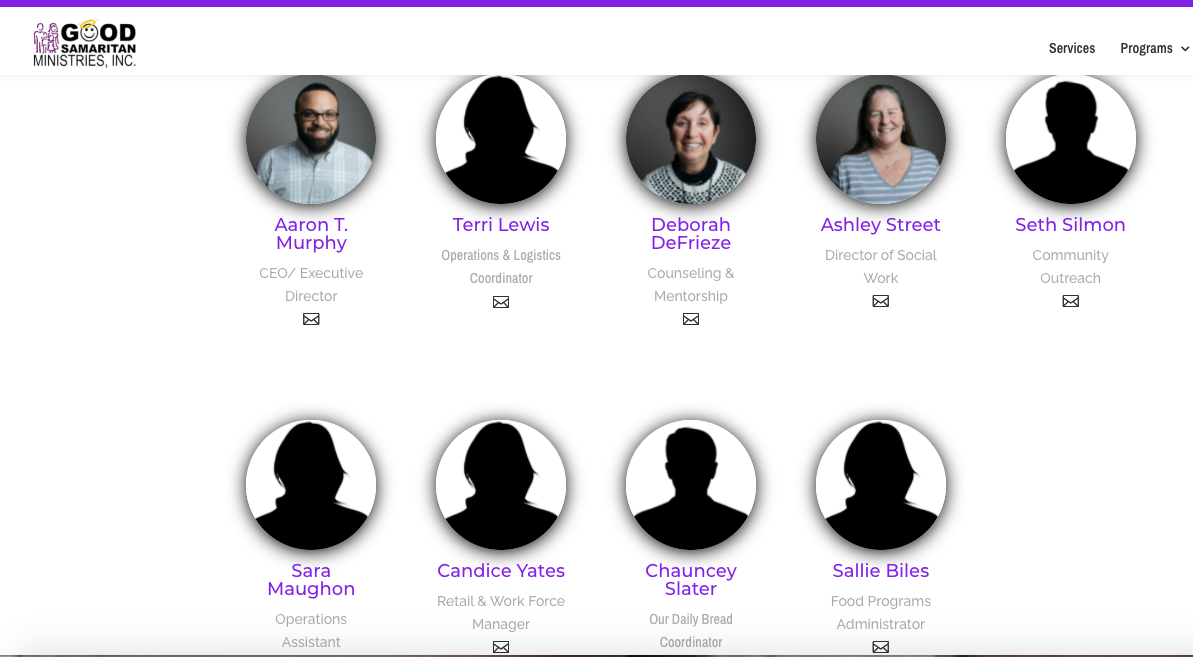 The Good Samaritan leadership team on agency's website as of Wednesday afternoon. DeFrieze's photo and title have since been removed.

The Good Samaritan leadership team on agency's website as of Wednesday afternoon. DeFrieze's photo and title have since been removed.

A Jonesborough woman was arraigned Wednesday on a custodial interference charge after allegedly removing her grandson from her former son-in-law’s home without permission.

Deborah DeFrieze, 70, AA Deakins Road, was pulled over by a Washington County sheriff’s deputy Tuesday on Boones Creek Highway near the Ridges housing development and her grandson was with her, according to a court document.

According to the affidavit of complaint, DeFrieze went to her grandson’s father’s home on Pickens Road while a child support hearing — presumably involving the boy’s parents — was being held.

The document did not give the boy’s age or if anyone was in the house with him at the time. The incident was reported around 11:40 a.m.

Police said there is video surveillance and an eyewitness to the incident.

The affidavit alleges DeFrieze went into the Pickens Road residence, woke her grandson up and left with him. A witness told a deputy that the boy didn’t want to leave the residence, but he eventually did.

“The custody agreement in place between the complainant (the boy’s father) and the victim’s mother is from Sunday to Sunday, with this being the (father’s) week with the victim,” the affidavit said.

DeFrieze and her grandson were located by investigators tracking the boy’s cellphone.

DeFrieze is a licensed masters of social work therapist, and according to her state licensure — publicly available on the Tennessee Department of Health website — her employment was listed as Good Samaritan Ministries, Inc. As of Wednesday morning, the agency’s website described her job as “counseling and mentorship.”

On Wednesday, Good Samaritan CEO Aaron Murphy said there was no Deborah DeFrieze on the paid staff at the agency. DeFrieze was listed on the organization’s website as a member of the leadership team, which are paid employees.

Less than 30 minutes after Murphy spoke with the Press’ reporter, DeFrieze’s name, photo and title were removed from the website.

In a followup interview, Murphy said DeFrieze was a volunteer for the agency.

“She is a volunteer ... I don’t know the last time she volunteered,” Murphy said. “She’s been an awesome volunteer, and she’s been a good addition to our community.”