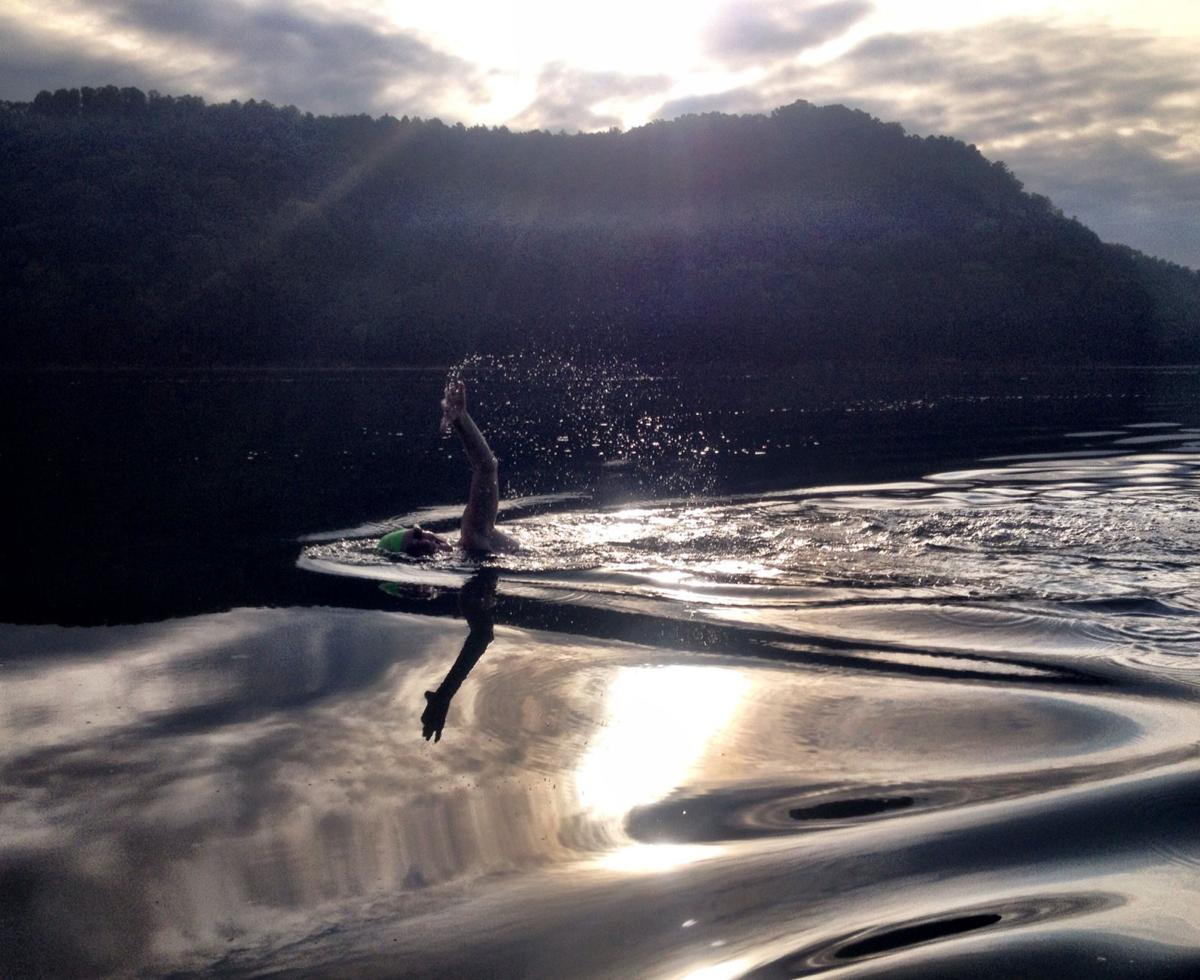 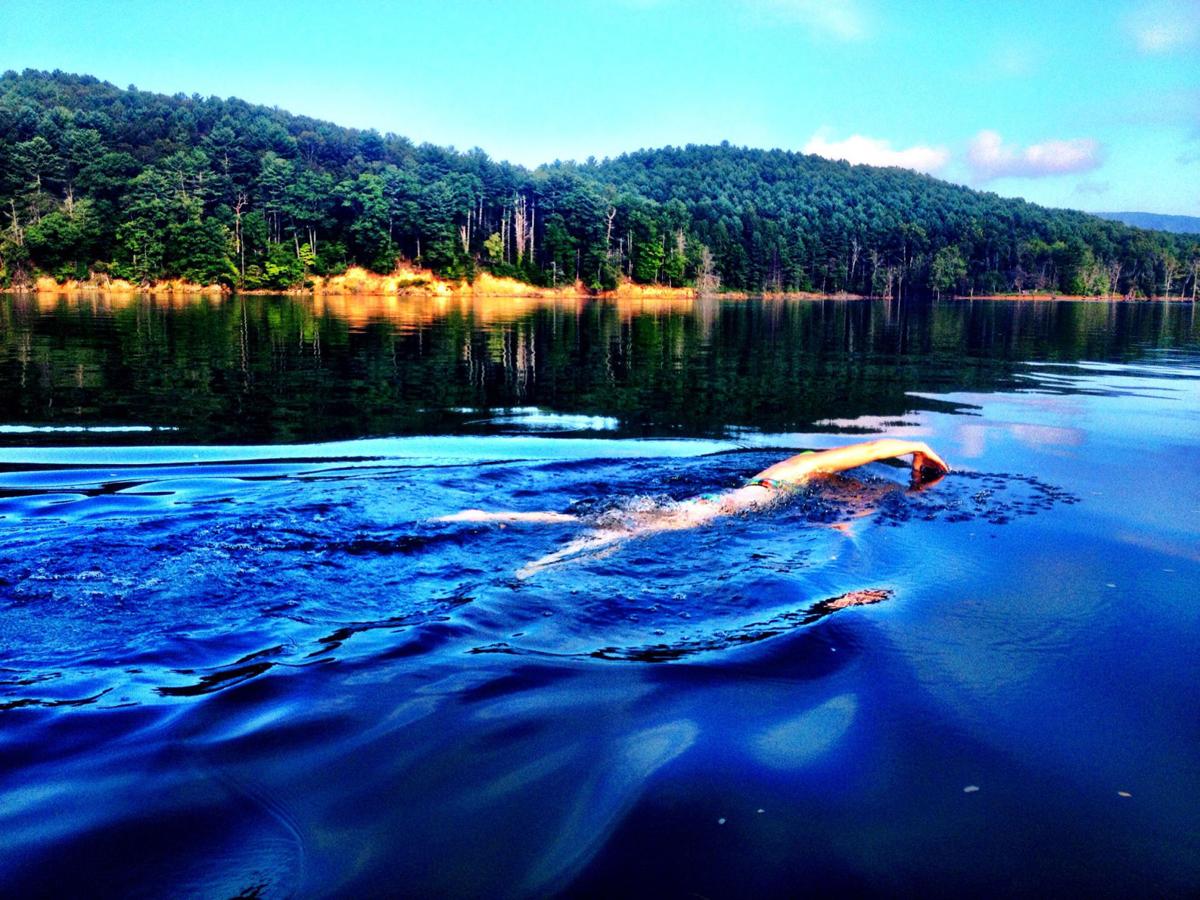 Dr. Jodi Polaha Jones, a professor of psychology at East Tennessee State University and a Washington County Commissioner, prepares for a 12.5-mile swim across Lake Watauga in 2015. 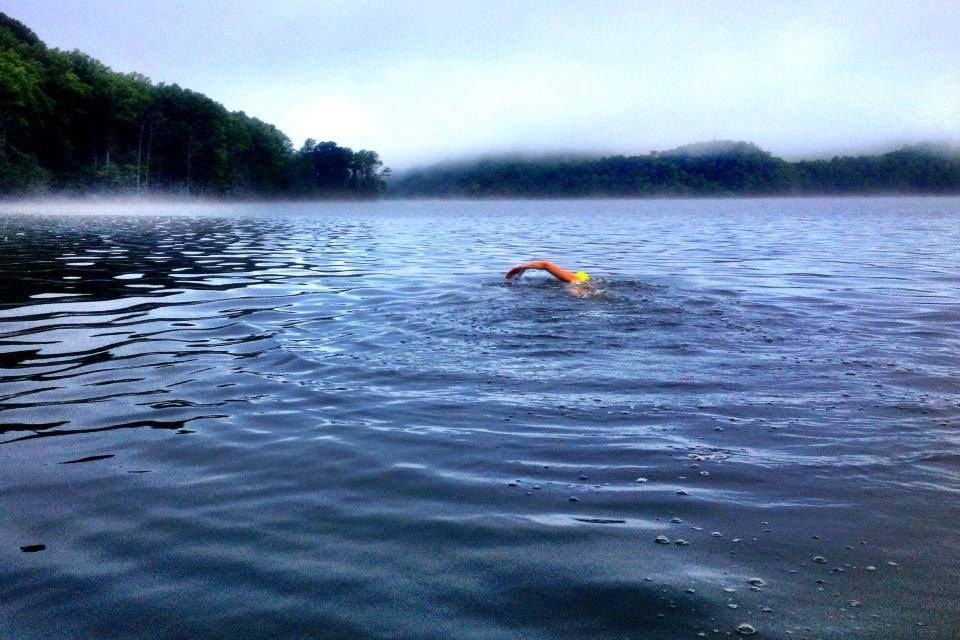 Dr. Jodi Polaha Jones, a professor of psychology at East Tennessee State University and a Washington County Commissioner, prepares for a 12.5-mile swim across Lake Watauga in 2015.

On Saturday, Johnson City will have several hundred athletes covering approximately 13 miles in the Bluegrass Half Marathon, traversing the Johnson City streets aided with energy drinks and gels, music, beautiful and ever-changing scenery and all the crowd support a person could need to get through the lengthy run.

Now, strip away all those amenities and the pavement, add a whole lot of open and frequently rocky water, and that’s exactly the challenge in front of Dr. Jodi Polaha Jones, who will be swimming the entire 13-mile length of Watauga Lake on Saturday, August 29.

“I find nature to be a very inspiring and healing place,” Polaha Jones said. “There's something very cool about a very big body of water. It’s super minimalist.”

She’s driven to complete the distance because she loves that body of water specifically, having swam in it for more than 10 years, and also because the experience is a lot like a religious experience for her. When Diana Nyad swam from Cuba to Key West, Florida, a 110-mile journey, on Sept. 2, 2013, a lot of publicity was focused on the sport.

“Her words really resonated with me,” Polaha Jones said of Nyad, who looked at the way she swam as a philosophical outlook on the world. “She wants to be bold and out there, living her life.”

Polaha Jones, an associate professor of psychology at East Tennessee State University, has two boys and a husband who often help her with long swims, which have exceeded seven miles and five hours. On Saturday, weather-permitting, she hopes to be able to finish in 9-10 hours.

She had intentions of getting a nine-mile swim out of the way before the big day, but said it’s just too big a chunk of her day to spend away from her family and work. With about 25 years of swimming at this level under her belt, she feels this year is the time to go for such an endeavor.

Choppy waters and swell could affect the way she swims Saturday, and there’s even a chance of thunder and lightning storms, which has her admitting that she doesn’t want to begin only to be forced out of the water by lightning, so she’s keeping her eyes on the weather with the possibility of a delay, if needed.

Her strict adherence to the rules of long-distance, open water swimming will grant her some breaks for food and drink, but absolutely no relief from her swimming — meaning she couldn’t hang onto a paddle board or kayak while snacking. When handed food and drink, it will come at the end of a stick. She’ll simply be out there in a bathing suit with goggles and probably some suntan lotion, which she assumes will only stay on her person for a few hours. This goes back to her minimalist attitude, and that’s just how she wants it.

Starting near Tenn. Highway 167 on the northeast corner of Watauga Lake, Polaha Jones, 46, will set out west, aiming for the Butler Bridge that crosses the lake at around the seven-mile mark into her journey. Hoping to see a bunch of cheering, smiling faces atop the bridge, the marathon swimmer thinks she’ll get the push she needs to finish out the swim.

The difficulty in the swim is very physical, Polaha Jones said, and preparing for it has to be just right. This requires her to spend a lot of time in the pool and also out in the open water. Aside from that, there’s a strong psychological element involved as well. Over the course of the expected nine-hour swim, she’ll very nearly be submerged in water the entire time. This doesn’t scare the swimmer, but she recognizes that she’s not going to be seeing anything but the green tint of the water and the noises produced by her breathing.

Mentally strong, she doesn’t feel frightened by all that time alone in the water, but empowered to focus on the task at hand and being very much one with nature.

In distance running and cycling — two-thirds of the necessary activities in the triathlons with which she’s very familiar — equipment and technology come into play quite a bit, be it from running shoes and music in headphones or a certain model of bicycle. With swimming in open waters, there isn’t any of that, as much as it’s a simple activity.

She welcomes anyone else with a passion for the sport to join her in the marathon swim Saturday, saying it would mean a lot to her to sneak a brief glance up at the Butler Bridge at around noon and see supporters.

There will be some family and friends out there with her, especially useful in the last half mile or so, but she knows it’s something she’ll have to do almost entirely on her own, again exactly how she wants it.

To get in touch with Polaha Jones about open-water swimming, email her at jodisno@gmail.com.