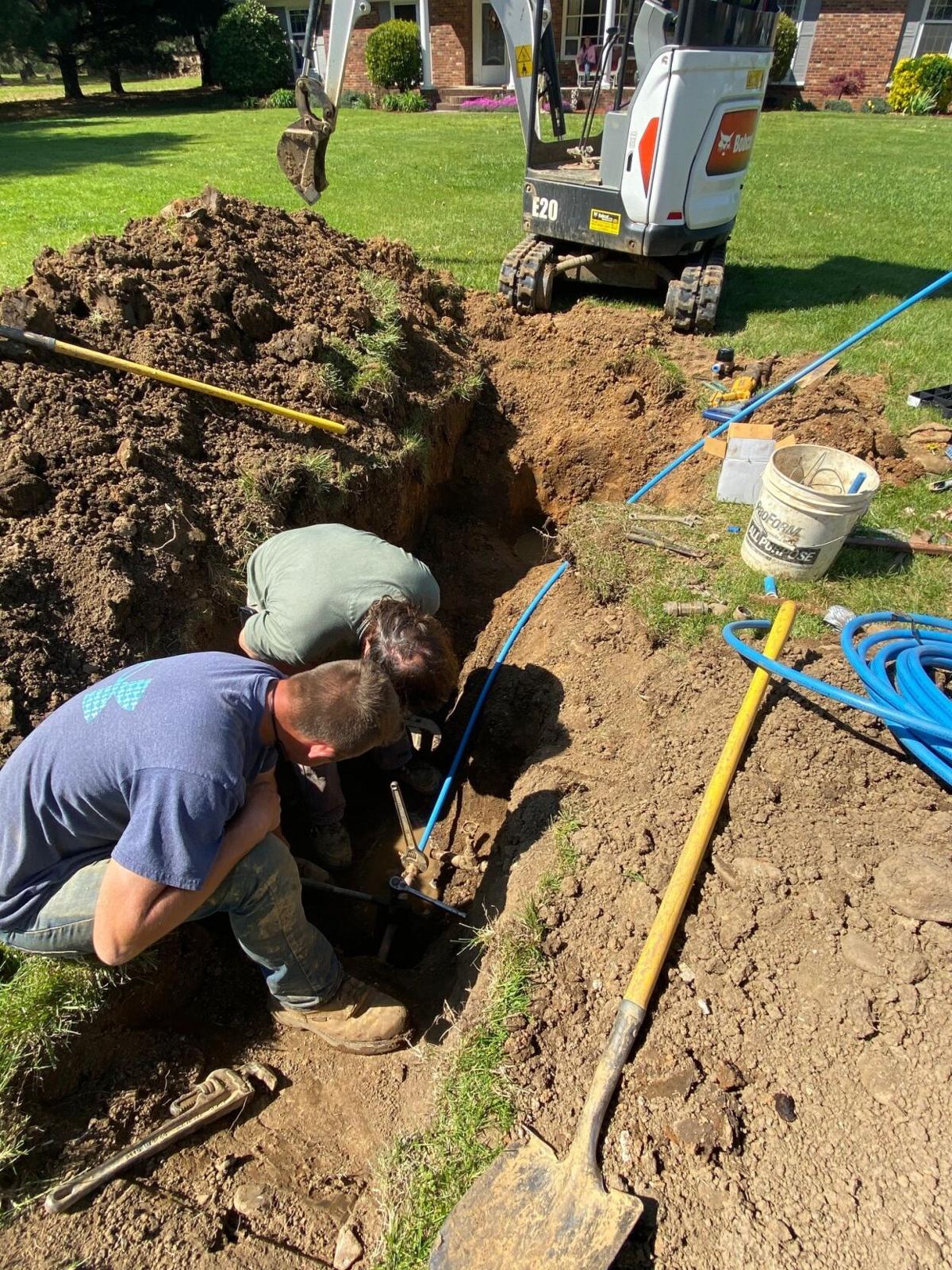 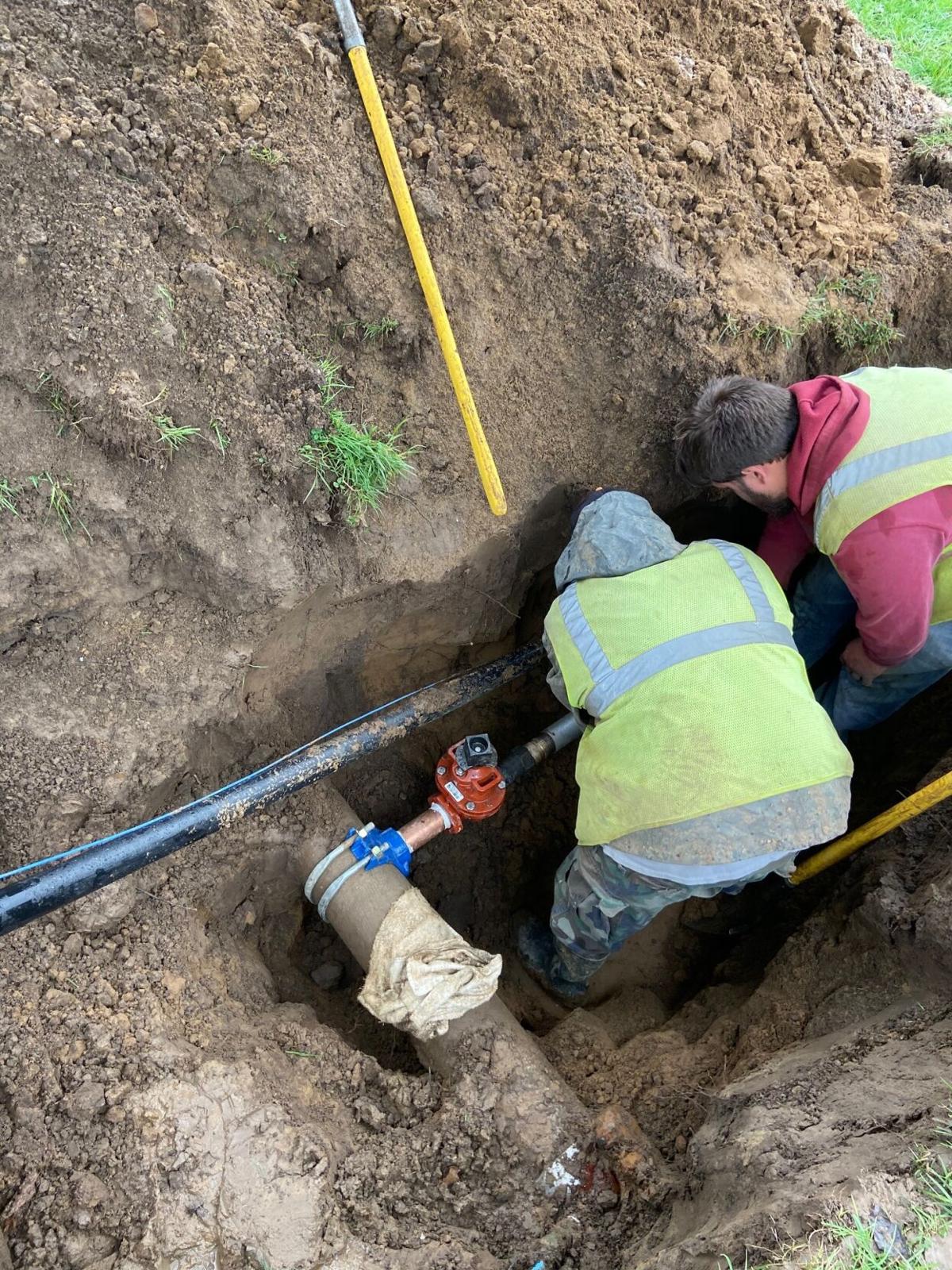 Elizabethton Water Resources employees make connections from old segments of water lines to new lines during a project that was completed in 2020. 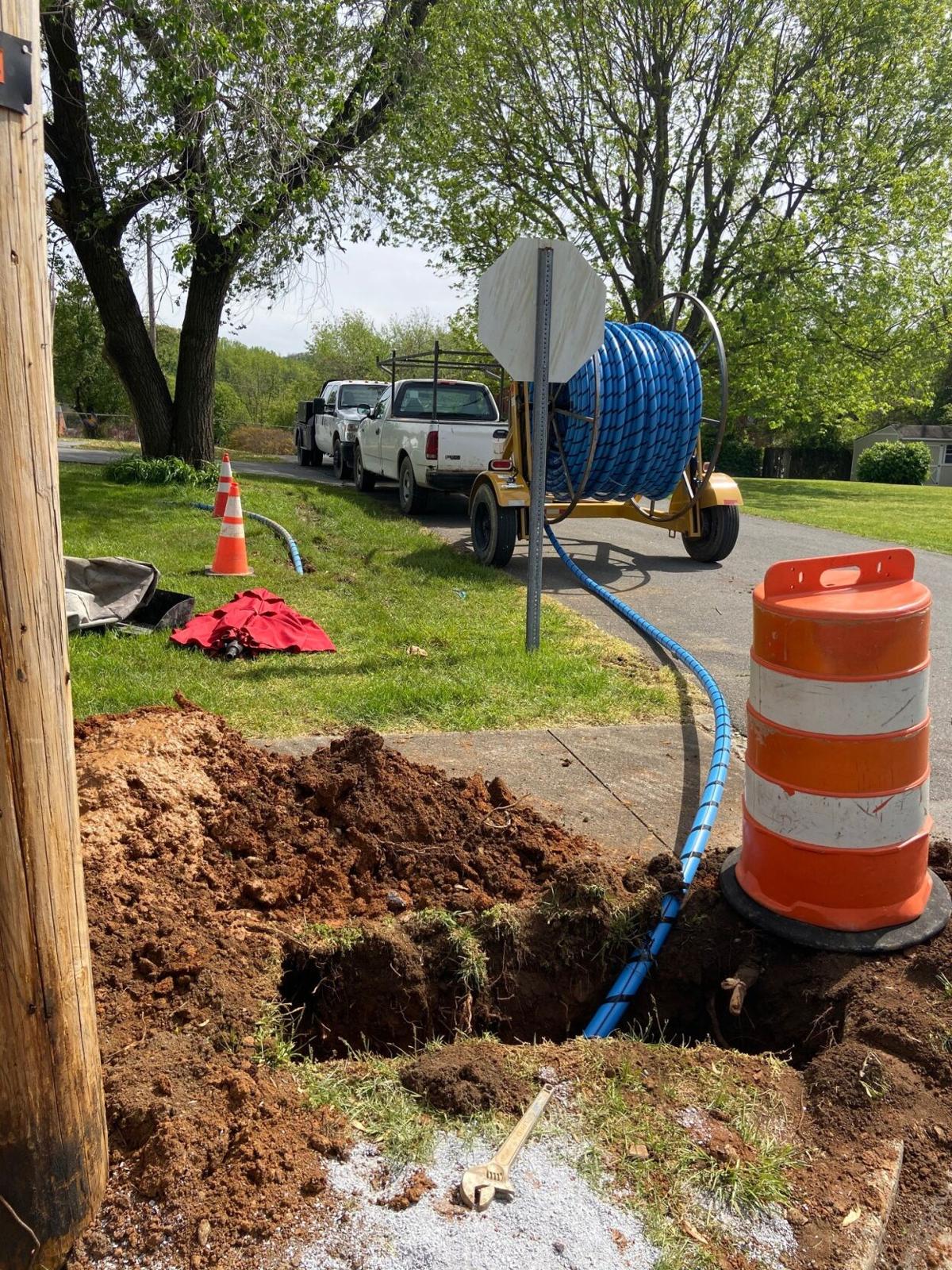 Elizabethton Water Resources employees make connections from old segments of water lines to new lines during a project that was completed in 2020.

Elizabethton line replacement comes in on time, under budget

ELIZABETHTON — Elizabethton’s City Council usually hear reports of construction project cost overruns and delays, but a small water project is being completed in the city and the Water Resources staff is reporting that it was completed on time and under budget.

Not only that, but it increased the length of water lines being replaced and even found some old leaky water lines that were not known or mapped. The customers of those old lines were also placed on the new line.

Hayes Construction Company was awarded the bid on the project at $391,618. Coetzee said that it was hoped some savings could be realized by using horizontal directional boring. This was a more cost-efficient way to cut the trench for the project instead of cutting through pavement, but since much of the project was in old riverbed areas, it was not expected to be used everywhere.

Coetzee said that surprisingly, the horizontal directional boring was able to be used along almost all the routes. The few areas where it could not be used were in areas where the water lines were not under pavement. For that reason and through good managment and work, the costs were low enough that it would be possible to lay additional water lines. Hayes ended up laying 6,415 feet of new 2-inch lines, which is 15.6 percent more lines than the project had planned.

Not only that, Hayes discovered another old leaky water line that ran parallel to the regular line. This line was not on any of the city’s maps. Hayes took out the old line and hooked the customers on that line to the new line.

Some of the Water Resources staff who worked on the project included Cody Eggers, who was the city’s primary representative on the project, working with the engineering firm to do inspection services. He was assisted by Jed Ward, who also helped with water quality testing, flushing, and inspection work as needed. Administration was done by Coetzee and Construction Manager Jonathan Pleasant, along with Compliance Coordinator Colby Wood and Construction Supervisor David Tolley. Hayes construction did all the contract labor.

Because of the 15 percent larger project, a change order was made to pay for the additional material, but in the end, another change order had to be done to subtract a $21,067 savings.