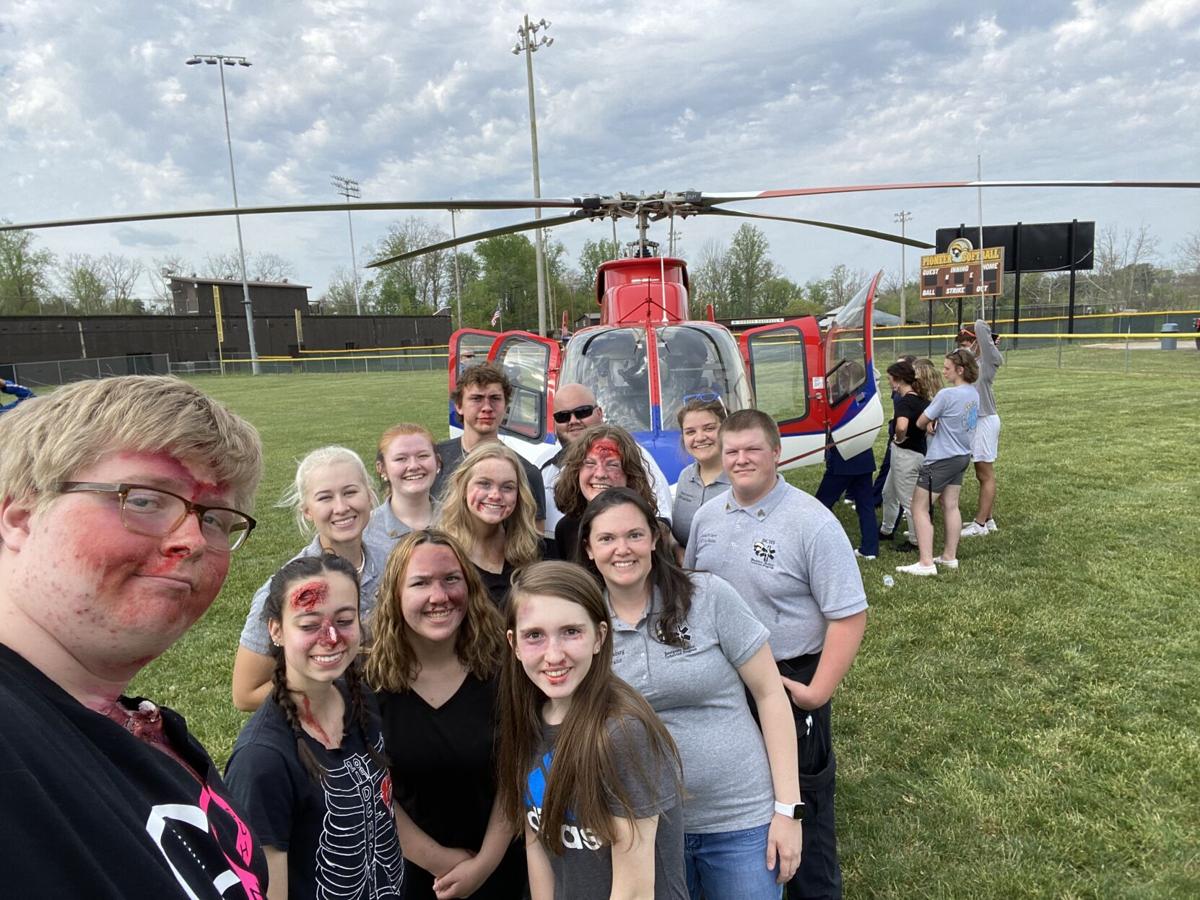 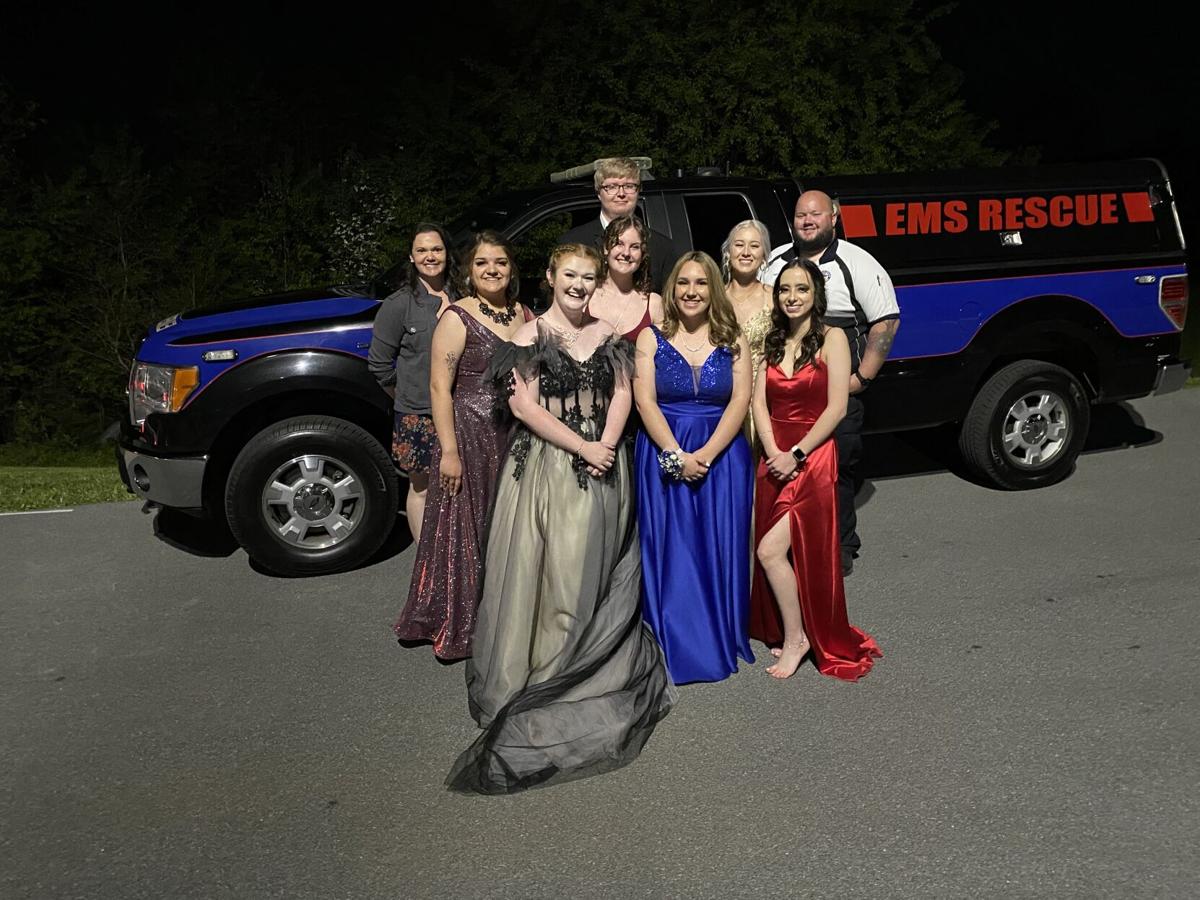 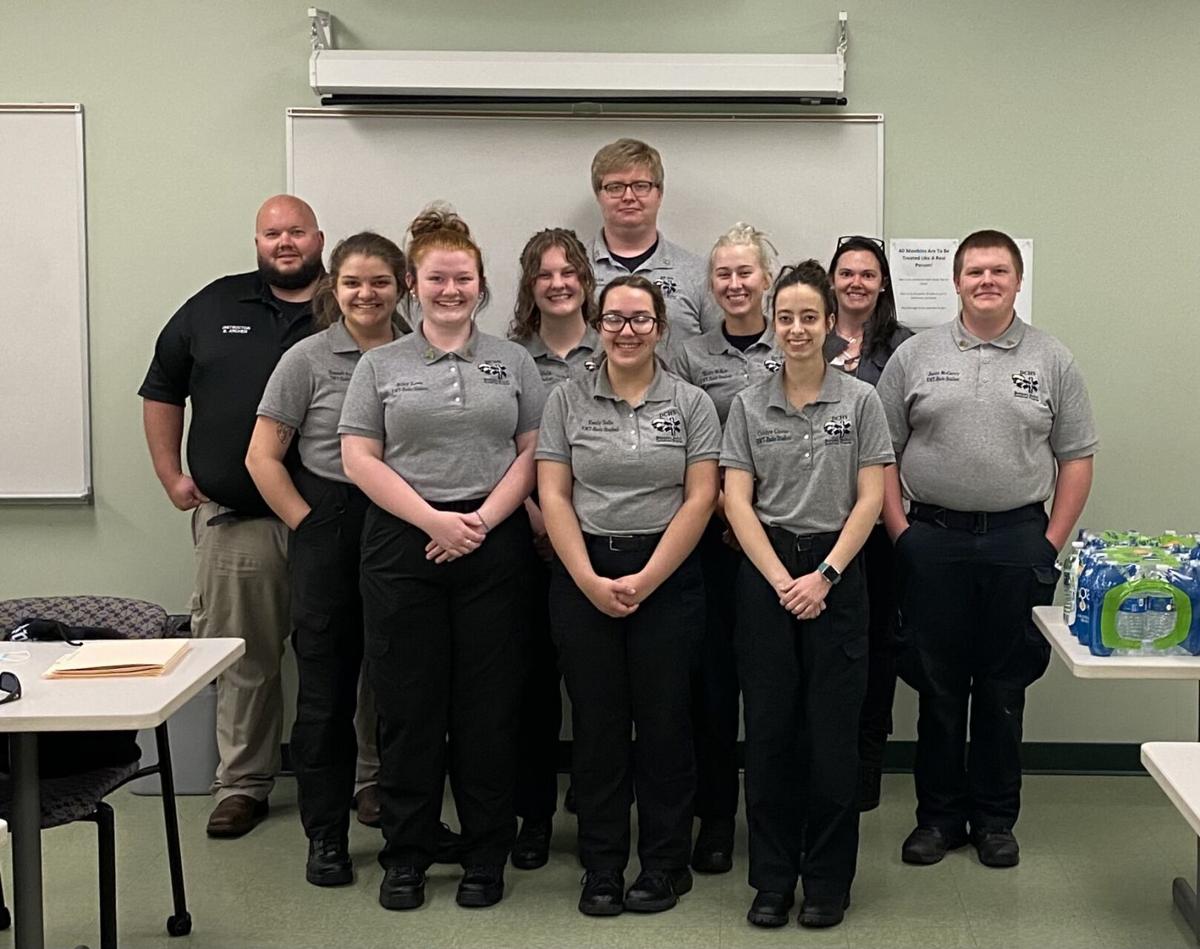 Eight David Crockett High seniors will graduate with a state certification for a career option after completing all the requirements to become a Basic EMT.

Yes, the next time you have a medical emergency, it just might be a completely certified EMT right out of high school.

Until December 2020, a person had to have a high school diploma and be 18 before they could even begin taking the Basic EMT class. Washington County/Johnson City EMS started last year working toward a high school program that would meet state requirements and increase the pool of qualified applicants.

With adjustments to state law, as long as the person has their diploma and is 18 within six months of taking the test, they are eligible to obtain their Basic EMT license.

“Crockett became the pilot program for the state,” EMS Capt. Brandon Archer said. “We can actually employ these students as an EMT.”

The students have already had 50 hours of hands-on clinical experience under the direction of the EMS supervisors.

One student even performed CPR to save a man’s life during a cardiac arrest.

“He walked out of the hospital,” Archer said. He added that in 13 years, he’s only experienced a couple of saves like that.

In addition to the clinicals, the EMT students were required to complete 150 classroom hours.

“Three hours a day, five days a week,” she said about the classroom work. “On Saturday and Sunday they would take their weekend and do their clinical rotations,” on an EMS truck.

Archer and Backberg said it’s been difficult in recent years to bring new faces to the emergency medical services field.

“The career field itself is a young career field,” Backberg said. “People still don’t know a lot about pre-hospital care. We’re at a 70% deficit for EMS employees according to the Tennessee labor statistics from two years ago.”

There hasn’t been much improvement, but with introducing the field to high school students, there’s a much better chance of expanding the pool of qualified applicants.

Matty McKee, one of the Crockett seniors in the class, said she’s been interested in health occupation classes since she was a freshman. She does plan to take the Advanced EMT class this summer, but her career path is geared more toward becoming a flight nurse.

“You see ambulances everyday and don’t really know what they do,” McKee said. “You learn a lot in the class ... you really dive deep into what being an EMT is all about.”

Archer said the newly trained EMTs couldn’t have come at a better time because of a shortage of staff.

“We’re not lacking in our service, we’re just trying to expand it,” Archer said.

EMS Chief Dan Wheeley said he’s hopeful he can hire some of the newly trained EMTs.

“Industry-wide, we’re not seeing nearly as many people coming into the field like we used to,” Wheeley said. “It’s hard to get staffing and keep them. A couple of years ago, Tennessee retired more licenses than issued.”

One sticking point in state law, however, requires a medic to have a non-restricted license for three years before they can drive an ambulance.

“Until they’re 19 we couldn’t hire them to drive an ambulance, but they could work on the ambulance,” Wheeley said.

“We hope to hire a few of these. They’ve done good work. It’s been a good program and I hope it proves it’s a way to get young people interested in the field and want to make this a career,” he said.

Crockett’s program is the first in the state, so there are a lot of eyes on it.

“If all these kids failed their national registry … the state might be reluctant to continue this program. From the feedback I’ve had, I don’t think they’re going to have any problem with the national registry test,” Wheeley said.