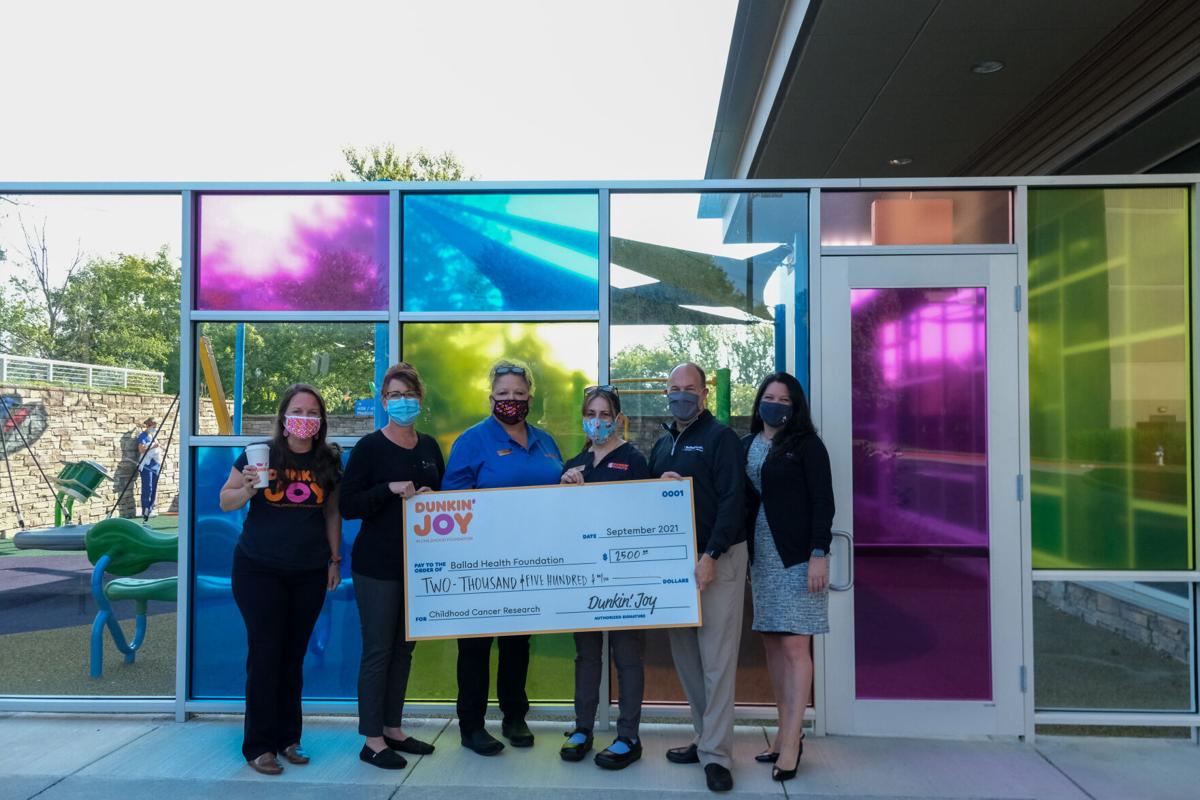 The Dunkin' Joy in Childhood Foundation presented the Ballad Health Foundation with a $2,500 check on Tuesday for Niswonger Children's Hospital. 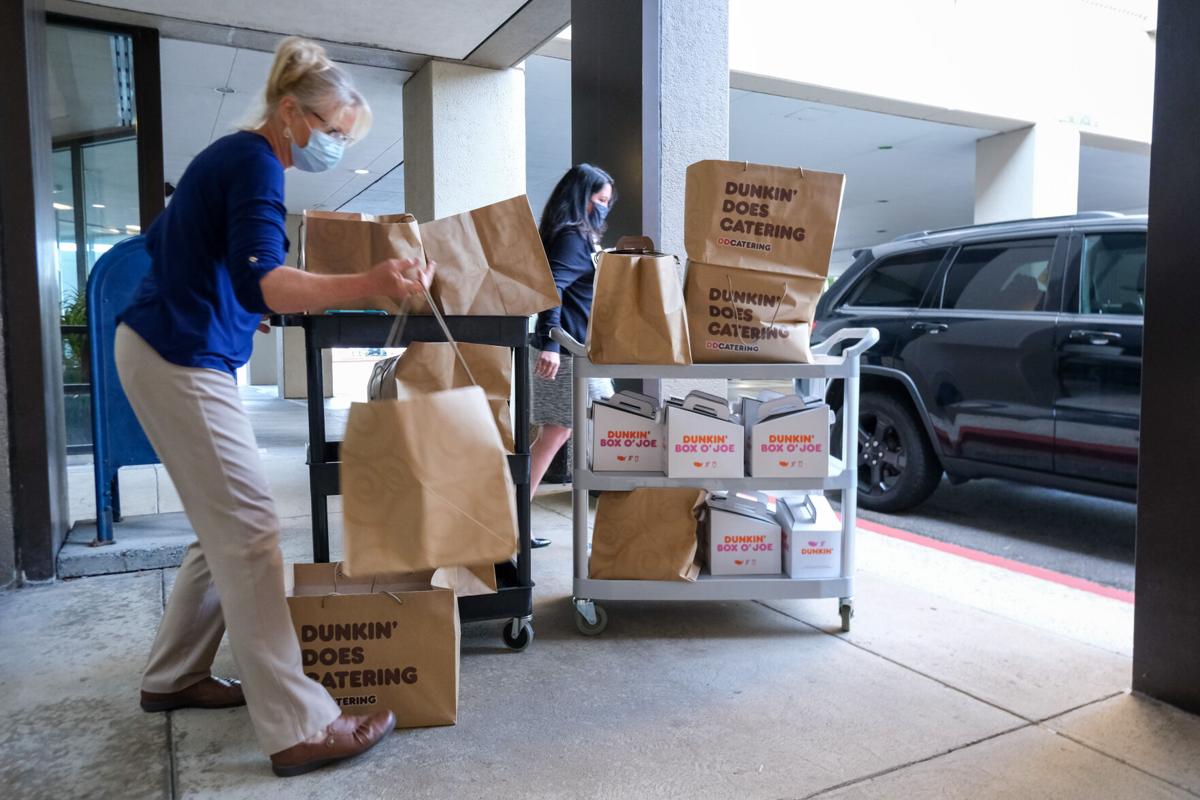 Dunkin' delivered 41 boxes of doughnuts and 11 boxes of coffee for healthcare workers at JCMC Tuesday. 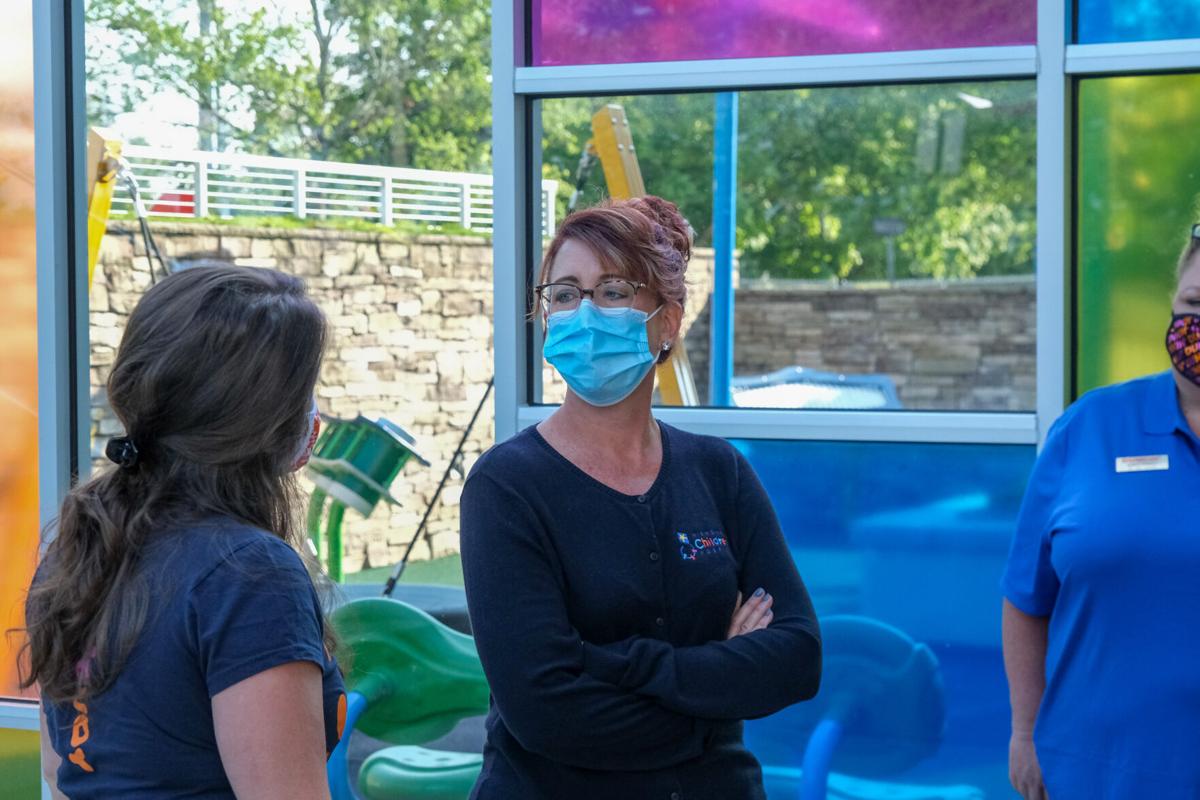 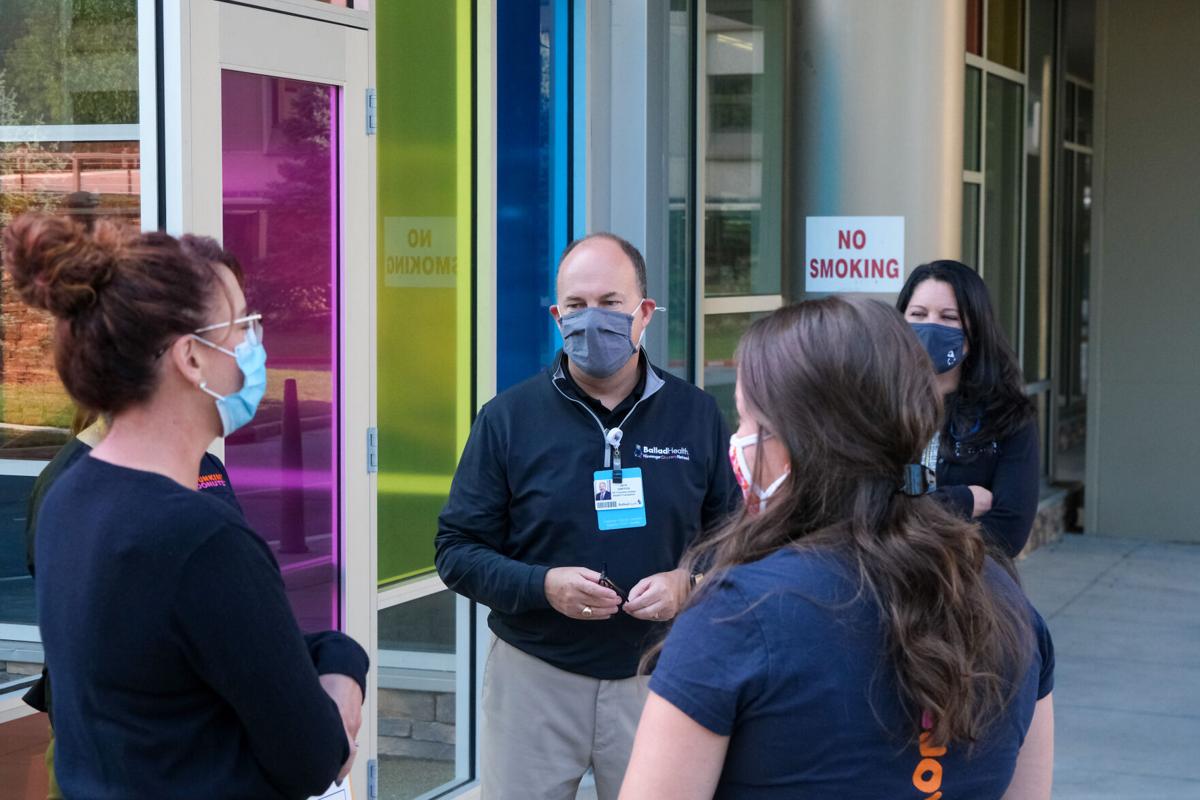 The Dunkin' Joy in Childhood Foundation presented the Ballad Health Foundation with a $2,500 check on Tuesday for Niswonger Children's Hospital.

Dunkin' delivered 41 boxes of doughnuts and 11 boxes of coffee for healthcare workers at JCMC Tuesday.

The coffee and baked goods giant presented the Ballad Health Foundation with a $2,500 donation to the children’s hospital as part of the company’s Joy in Childhood Foundation.

The donation followed an early morning pep rally held by hospital administrators, donors and community partners to help boost morale among staff as they arrived for their early morning shifts. Ballad Health Foundation President Jack Simpson said it’s vital to keep staff morale up in the midst of this current surge, and said it’s incredibly meaningful to employees to know they’re appreciated and supported.

“Our teams are just tired, and so things like this provide a tremendous encouragement to the hospital teams right now at a time where they really need it the most,” said Simpson. “We cannot say enough, how grateful we are for things like this and the folks that came out this morning to do the pep rally.

“Anything we can do to help show our health care workers how much they mean to us is really vital right now because this thing is a marathon — it’s not a sprint — and we’re really into the thick of it right now — this is the highest case counts we’ve had in all of COVID, we’re seeing those right now,” Simpson continued. “Today, more than ever, I think it’s really important that we show our health care workers that we care about them, that we support them and that we’re here for them, that we’ve got their backs because they need it the most.”

The donation stems from Dunkin’s Gold Joy Donut program in July, which raised nearly a quarter-of-a-million dollars in select regions across the country. In the Tri-Cities, more than 1,200 Gold Joy doughnuts were sold over 15 days. Dunkin’ also brought 41 boxes of doughnuts and 11 boxes of coffee for health care workers at the hospital. The Joy in Childhood Foundation’s mission is to provide children with the “simple joys of childhood to kids when they need it most, like when they are battling hunger or illness.”

Amanda Woolley, a senior area manager with Dunkin’, said it’s very important to support health care workers after everything they’ve been through in the last year-and-a-half, and said all their stores were excited to be able to donate to the children’s hospital.

“Now that we’re joined in, there will be lots more of these coming forward,” Woolley said.