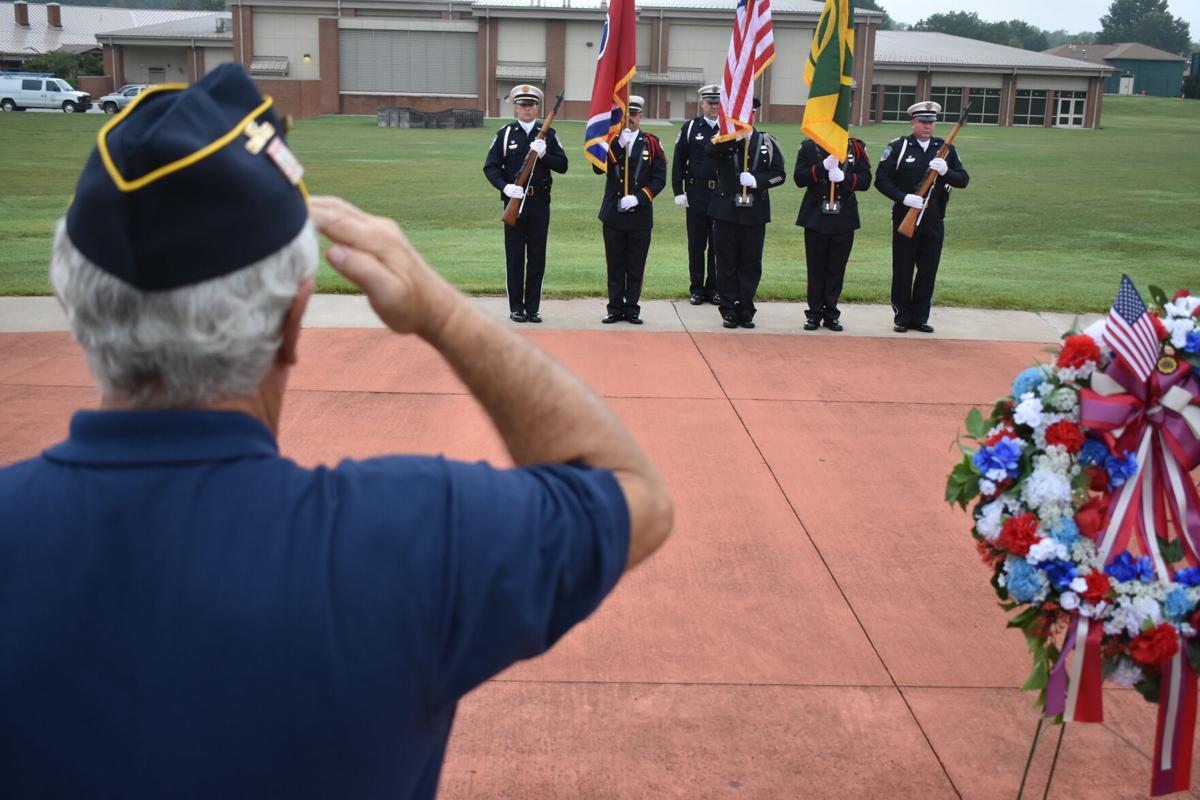 A member of Kings Mountain Post 24 of the American Legion salutes as an honor guard presents the colors during a 9/11 remembrance ceremony at Memorial Park Community Center’s amphitheater in 2018. 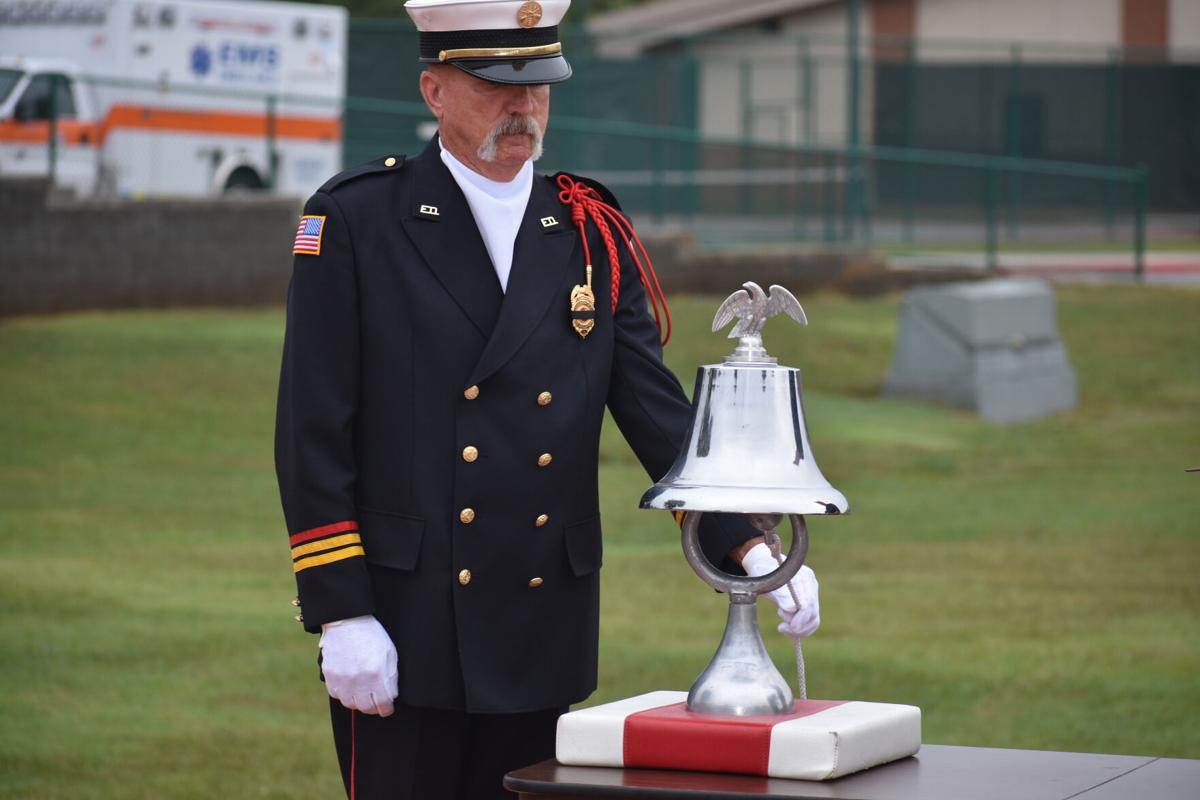 A member of Kings Mountain Post 24 of the American Legion salutes as an honor guard presents the colors during a 9/11 remembrance ceremony at Memorial Park Community Center’s amphitheater in 2018.

An event will be held today at Johnson City’s Memorial Park Community Center to honor victims of the 9/11 terrorist attacks of 19 years ago and to pay tribute to today’s first responders.

Police, fire and emergency medical personnel from Johnson City will join members of Kings Mountain Post 24 of the American Legion to host the remembrance ceremony, which begins at 8:30 a.m. in the Memorial Park amphitheater located across from the Johnson City Municipal and Safety Building on East Main Street.

Bryan Lauzon, commander of the American Legion, said this year’s ceremony will pay respect to the more than 3,000 victims who died in New York, Washington, D.C., and in Pennsylvania, as well as to honor three local first responders who have been named by his organization as a police officer, firefighter and emergency medical technician of the year.

Retired Army Col. Thomas P. Evans, who currently serves as security director at Nuclear Fuel Services Inc. in Erwin, will be the featured speaker at the event. Lauzon said Evans, who now resides in Jonesborough, was on duty at the Pentagon on 9/11 when his department lost two active duty soldiers and three defense contractors.

A moment of silence will be held at 8:45 a.m., which is the exact time the first plane hit one of the twin towers of the World Trade Center in New York City on Sept. 11, 2001.

Afterward, a bell will be rung five times to remember the victims of 9/11: