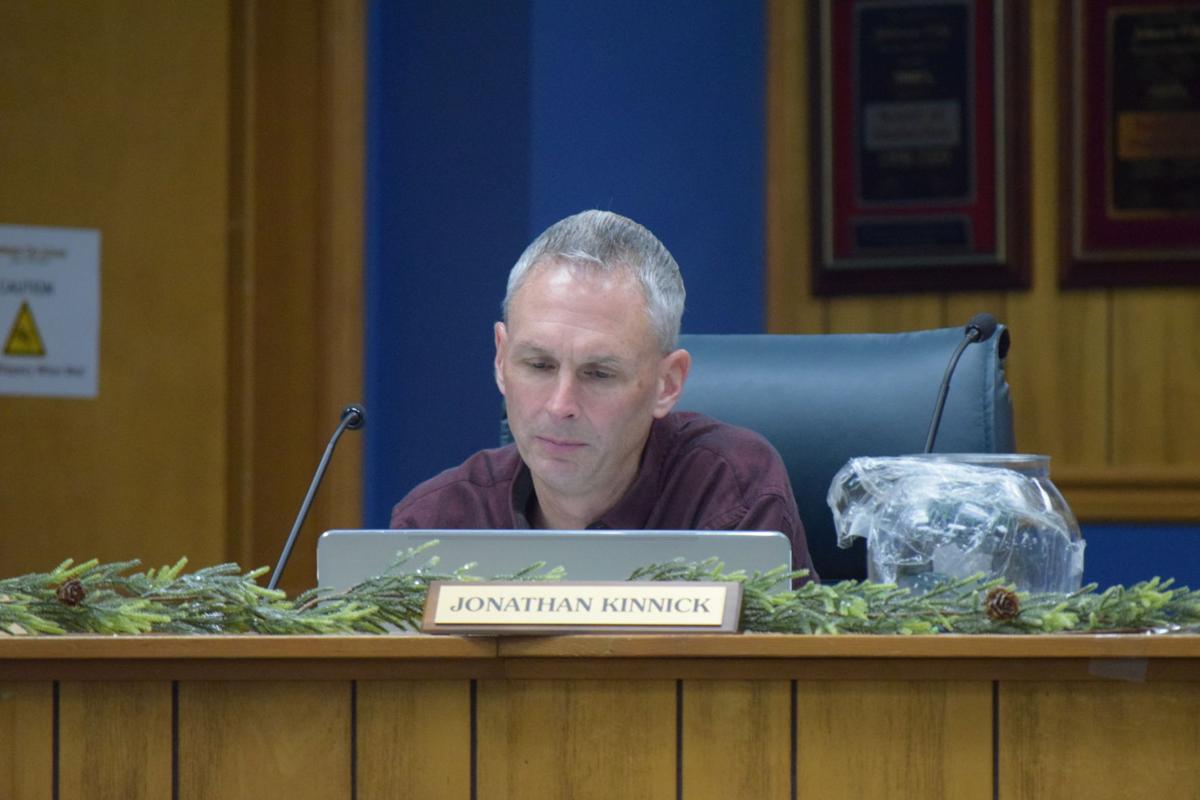 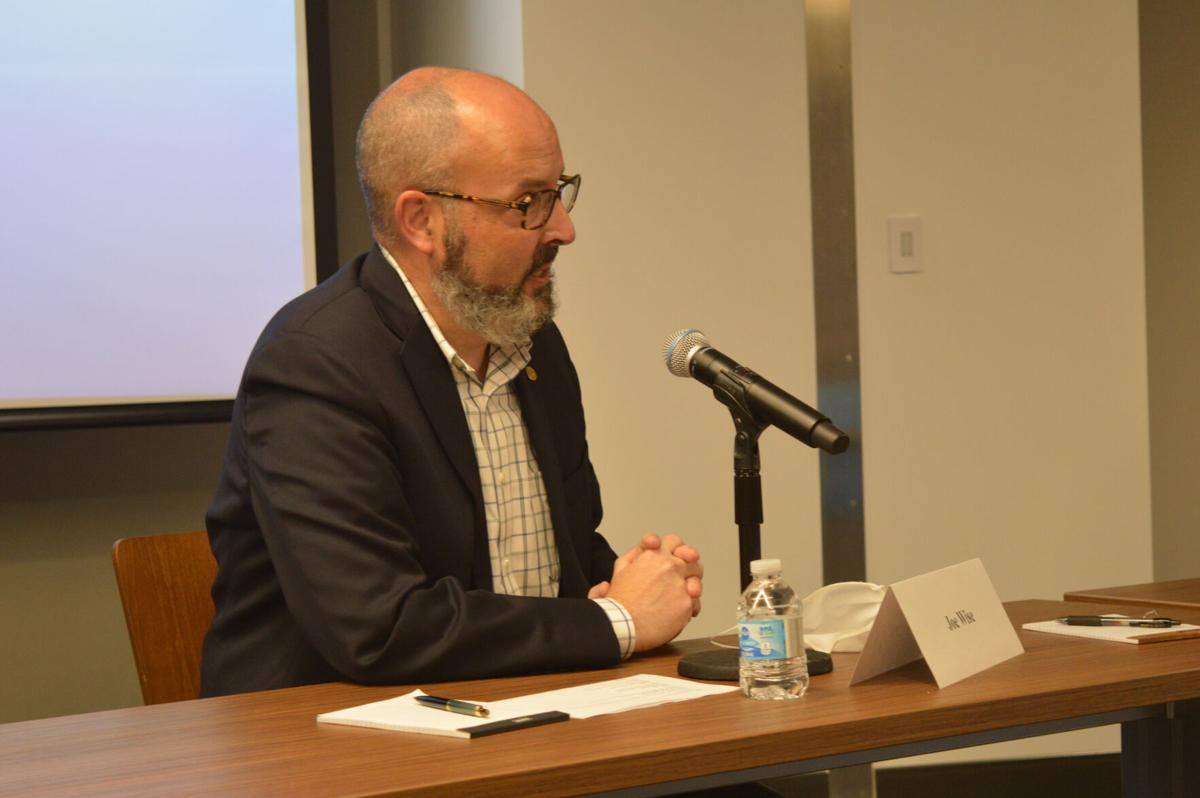 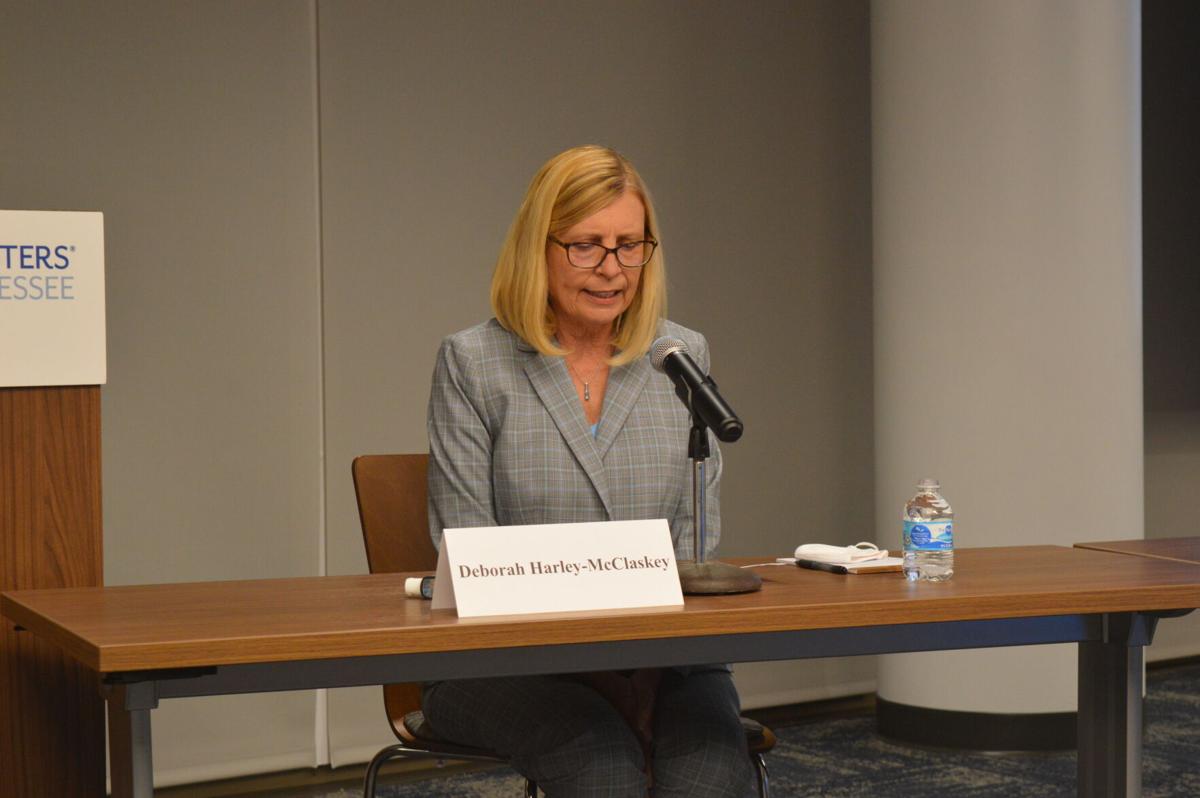 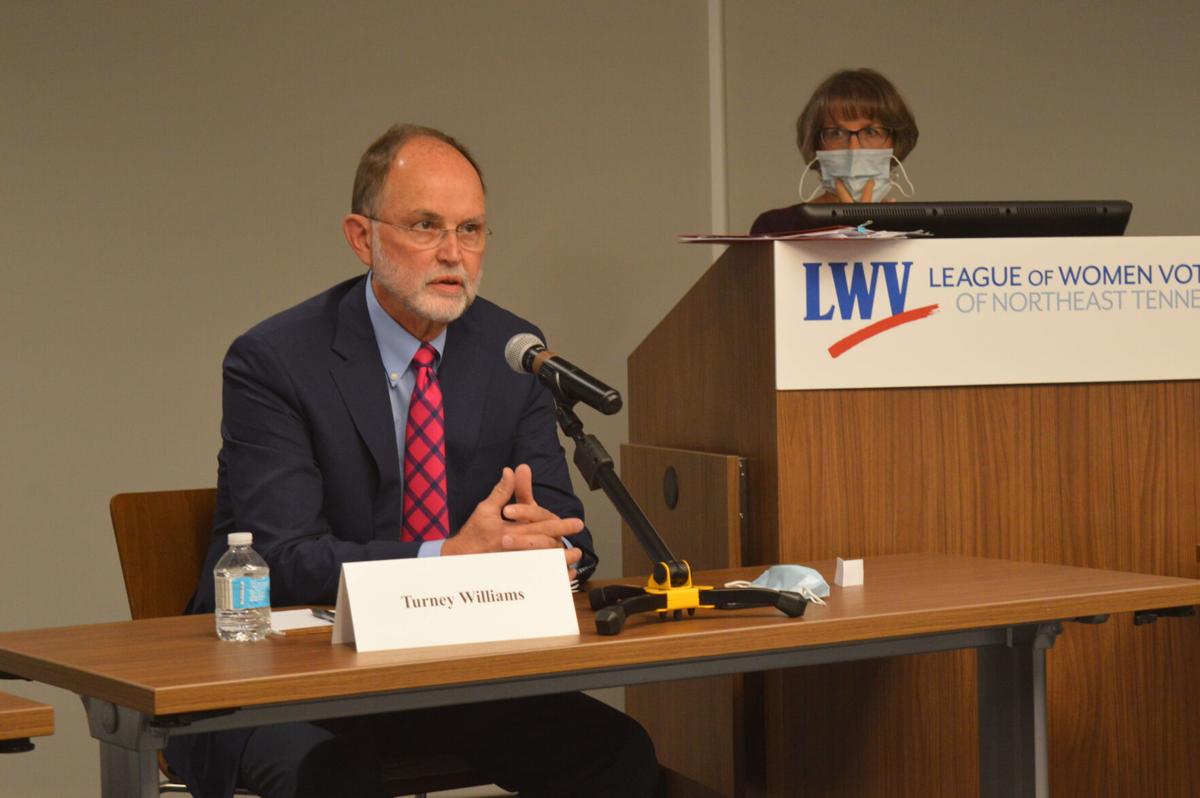 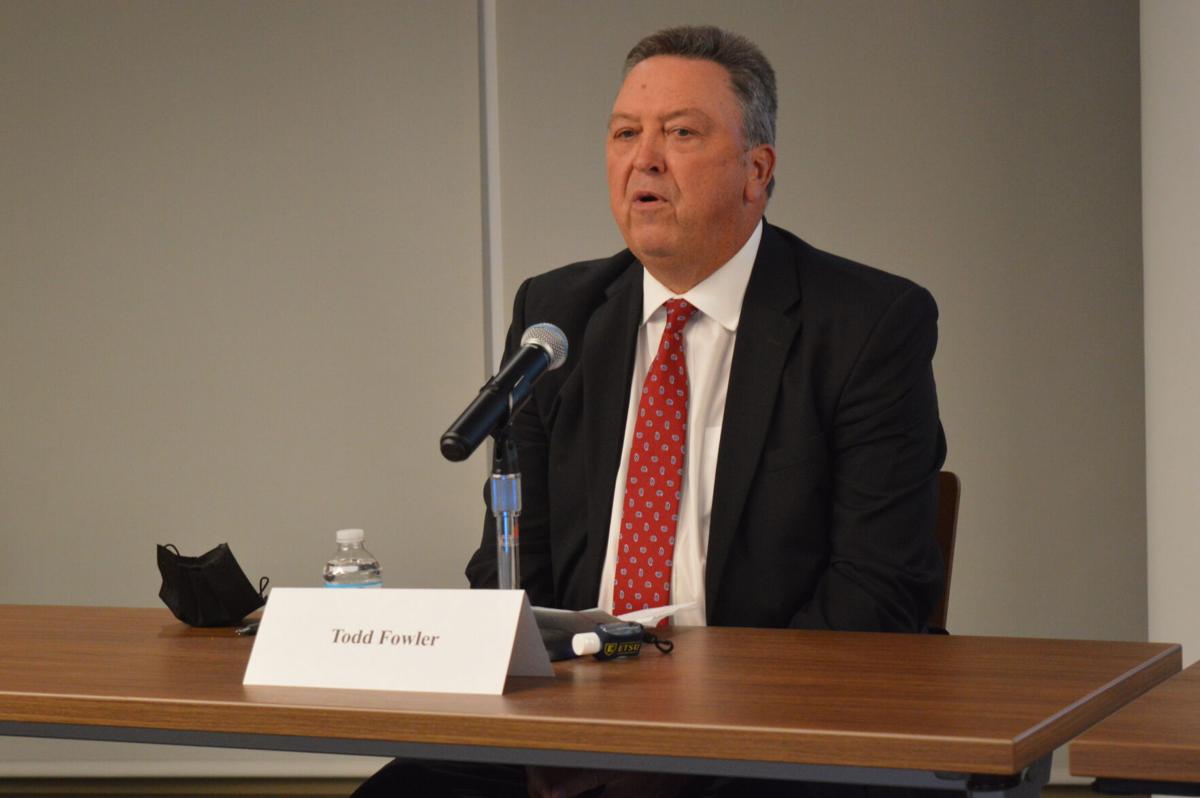 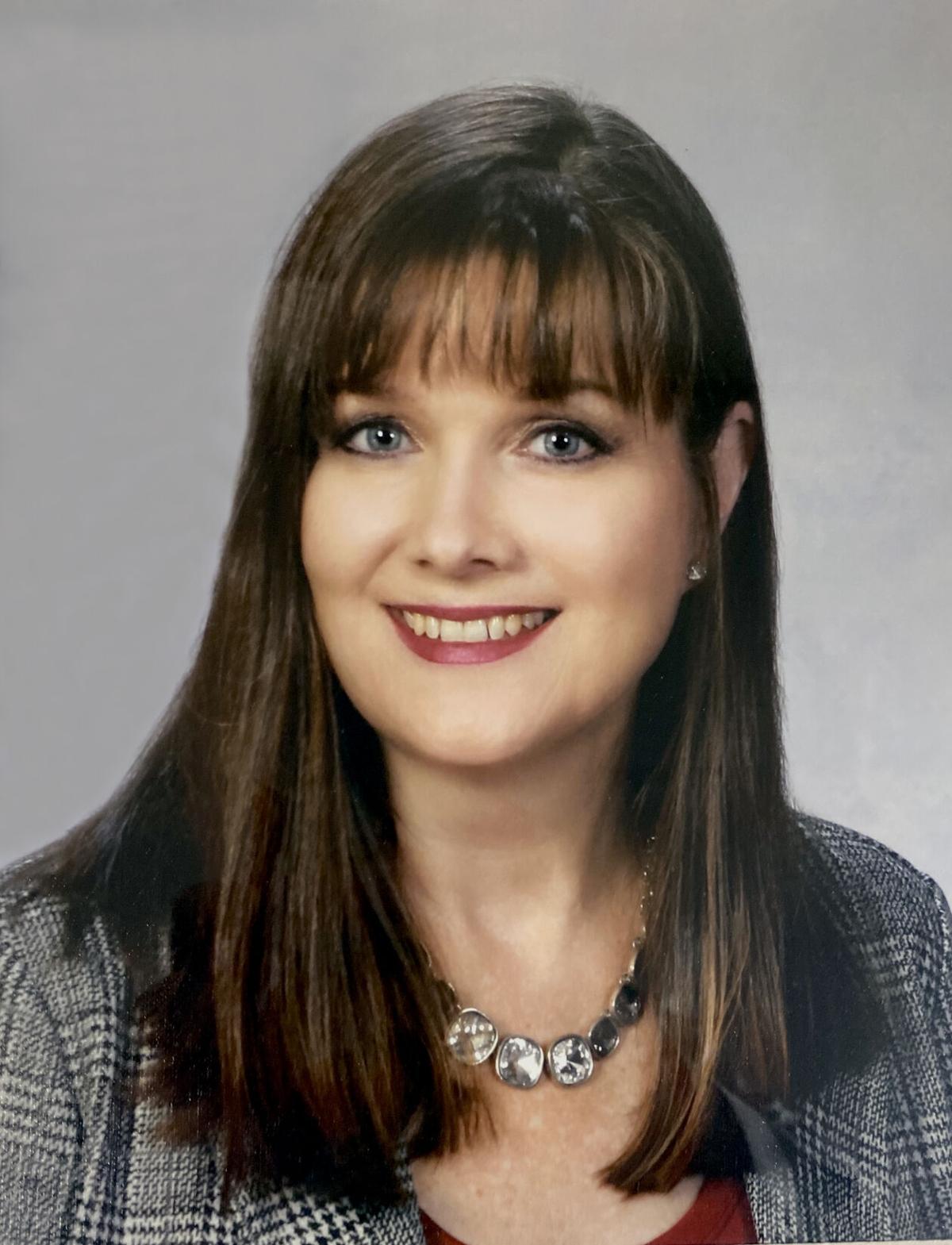 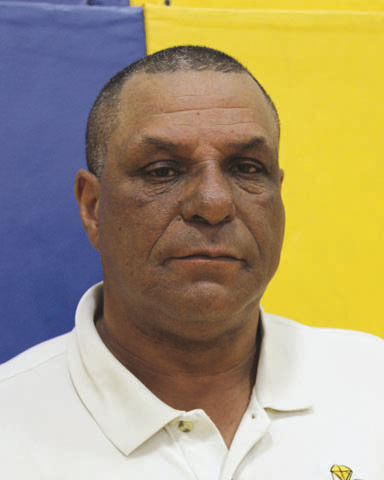 Many candidates running for the Johnson City Board of Education and City Commission are either opposed to or skeptical of the mechanism being used to pay for a new school in Jonesborough, a proposal that critics note denies the city money it needs to meet its own school capital needs.

During a school board forum on Tuesday at East Tennessee State University, incumbent Jonathan Kinnick came out strongly against the method used to fund the new Jonesborough school.

Kinnick said that without the money from the county, that leaves city leaders with the choice of either raising property taxes or raising sales tax rates. He said he’s skeptical of county leaders’ willingness to work for a solution for both school districts.

“Our primary unmet need is capacity,” Kinnick said. “But because Washington County has told us twice that 48% of the kids that happen to live in Johnson City, which is inside Washington County, believe it or not, don’t matter, then we don’t have the money to rebuild Towne Acres (Elementary School), and we’re going to have major capacity issues.”

Jonesborough announced plans in 2019 to fund a new K-8 school and sports complex estimated to cost about $32 million through a lease agreement with the county. Johnson City Schools leaders have since criticized the move as a way to avoid sharing funds.

Incumbent Paula Treece echoed much of Kinnick’s concerns, saying the district is “already behind on a new Towne Acres.”

“It does get kind of upsetting that we are being cheated out of the money that comes from our Johnson City taxpayers,” Treece said.

“I think Johnson City and Washington County need good schools for both sides,” he said. “They need to work together to make a fit, but our problem is we pay city and county taxes, and we don’t get a lot of benefit out of it.”

Commission candidates shared similar concerns during their forum, with Turney Williams stating that the situation is incredibly complicated.

“I’m not sure whether I would support the current proposal,” Williams said, “but I would certainly support that we all sit down and re-review how this whole funding system is run so that we can avoid the situation in the future.”

Deborah Harley-McClaskey said the final decision wasn’t a win-win for kids or parents in either the county or the city. She added that there’s no doubt a new county school is needed, but the funding plan wasn’t born out of a collaborative process between the county and the city.

“It clearly does need review, and I’m not too excited it all took place,” she said.

Incumbent Todd Fowler said city residents pay county taxes and should be provided a proportionate share of the money dedicated to school capital.

“I don’t really agree with what they’re doing,” he said. “I’d like to have further discussion. We’ve talked about receiving some money from the county to make up for that.”

But he noted that the allotment the county is offering is still short of the funding the city would be guaranteed if the county issued debt for the project.

“I would like that to never happen again,” Fowler said.

Candidates also pointed to a lack of communication as a major culprit behind this decision, but incumbent Joe Wise said commissioners are dealing less with a problem in communication and more an issue of competing priorities.

Ultimately, he said city and county leaders are dealing with the aftermath of a 2014 Tennessee Supreme Court decision, which Wise said has created an incentive for short-sighted decisions by the County Commission.

“We know we have need for educational capital in Johnson City, and this particular issue is creating added pressure on us as we try to deal with those answers,” he said.

What’s the status of the plan?

Washington County commissioners reaffirmed a $12.5 million school funding agreement with Johnson City in late August, and City Manager Pete Peterson said city leaders have recently sought advice from lawyers and financial experts regarding the merits of the deal and the legality of the school funding plan.

Peterson said officials are doing one last check to ensure that city staff’s initial recommendation for approval is still valid.

“At this time I don’t have any doubts that that’s still the best outcome,” Peterson said, “but as a matter of just making sure and giving the due diligence it’s due ... we’re just asking the same questions one more time to make sure we get the same answer.”

The $12.5 million deal is intended to help the city school system meet some of its capital funding needs. Peterson is hopeful the City Commission will be able to review the issue during its second November meeting.