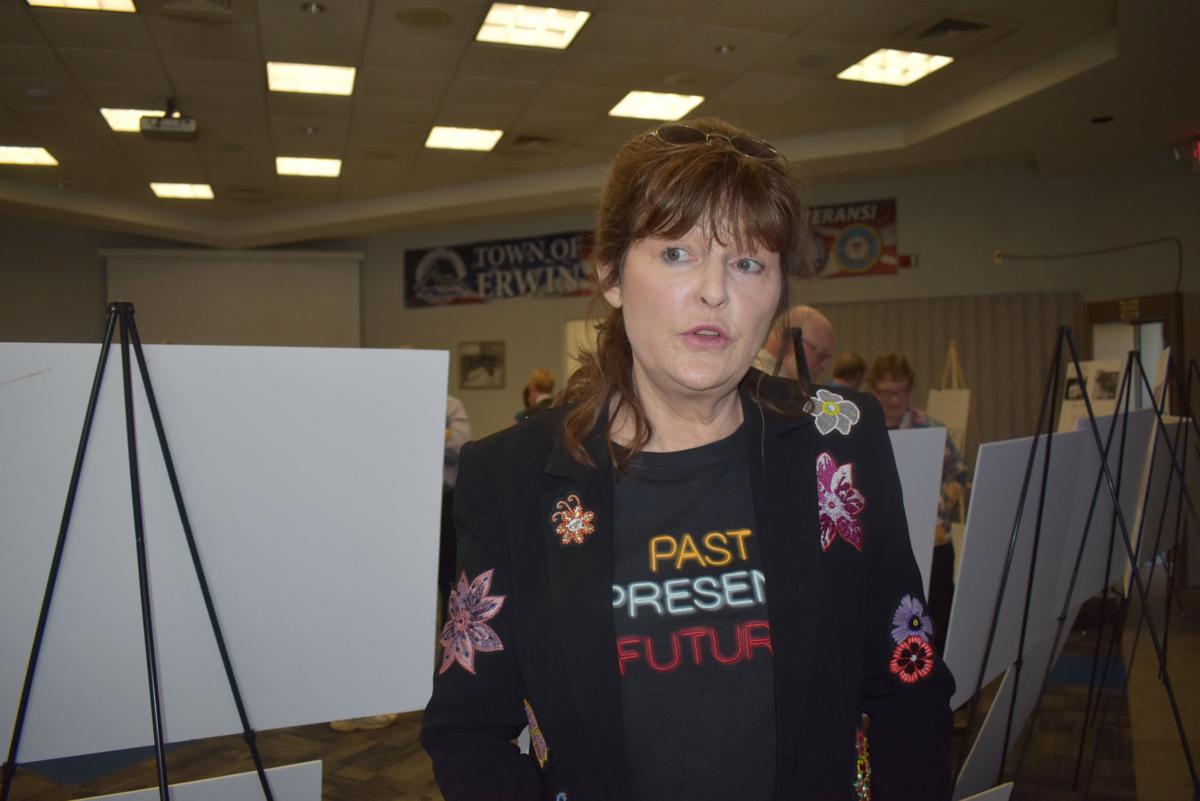 Actress and activists Park Overall said the open house format of Thursday night’s NRC meeting on the NFS inspection was designed to shut down the vocal watchdog group in Erwin. 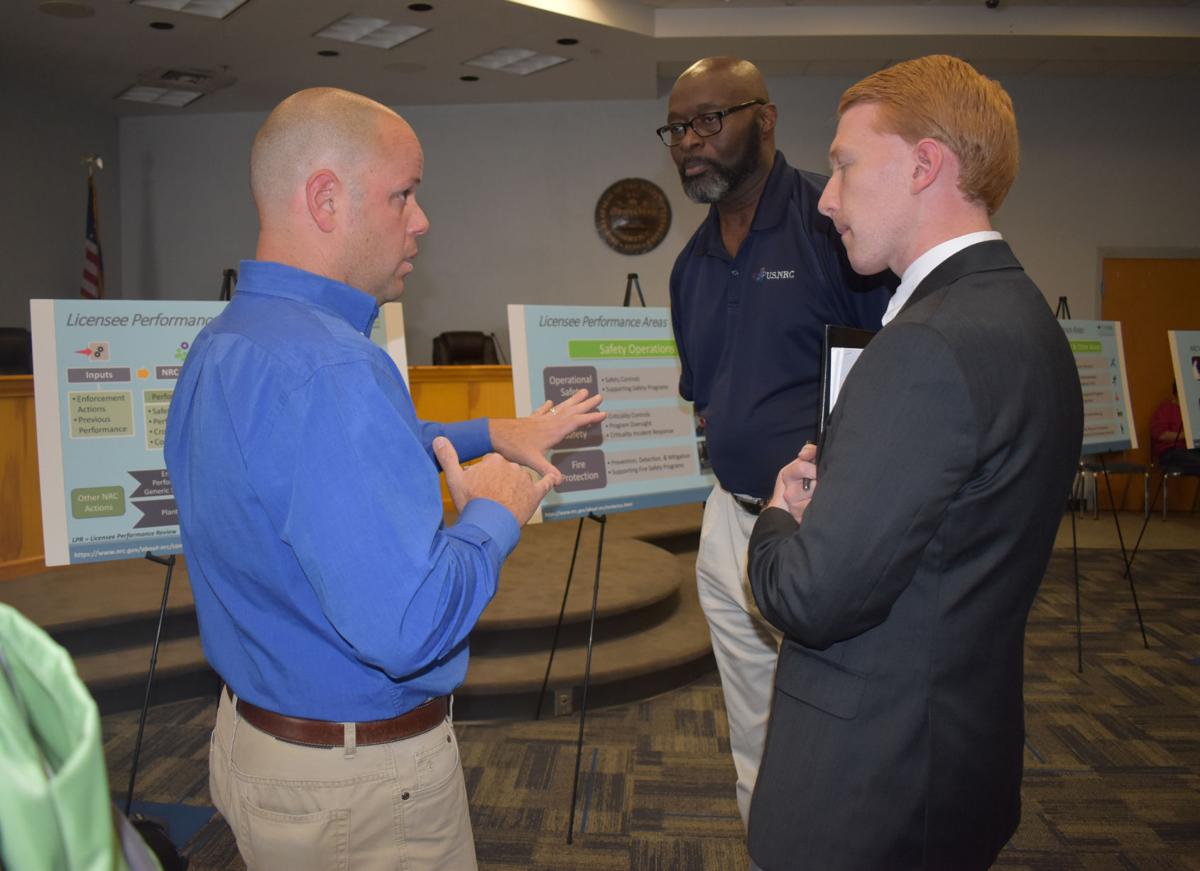 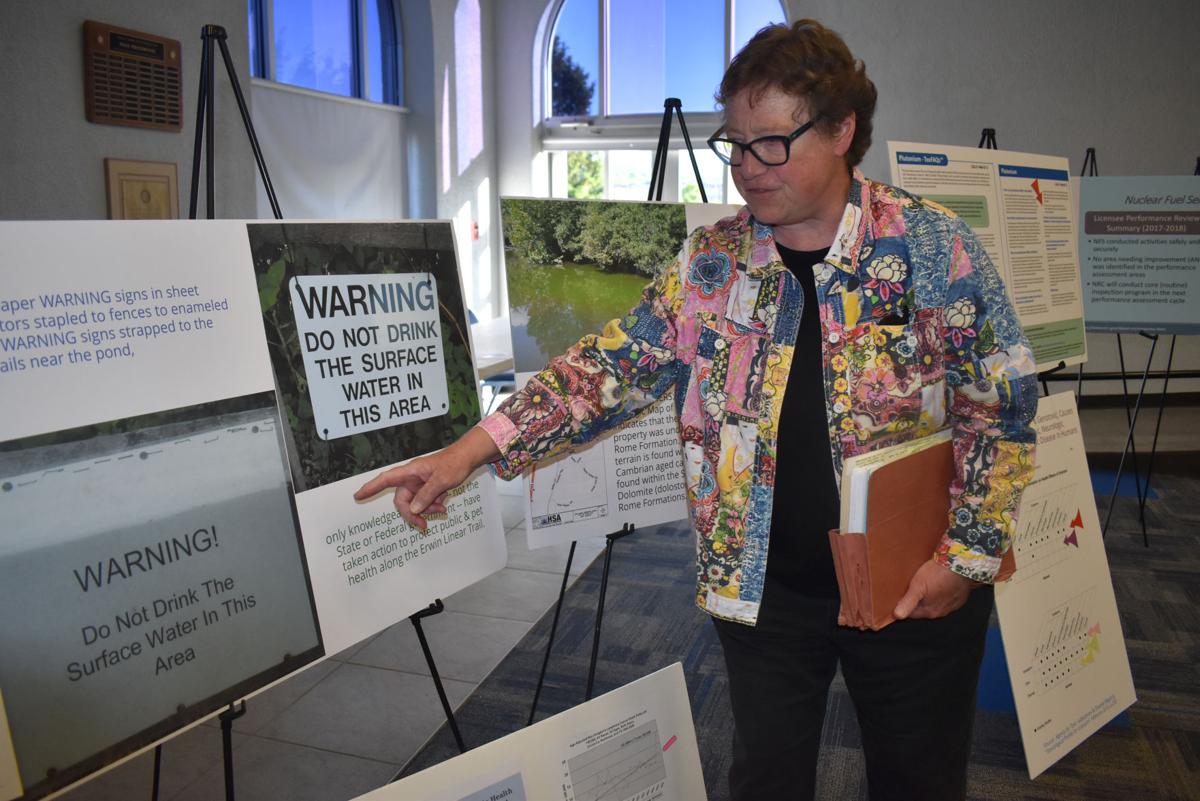 Linda Modica, vice-president of the Erwin Citizens Awareness Network, talks about public concerns for the safety of water in a pond on the Erwin Linear Trail near the NFS facility. 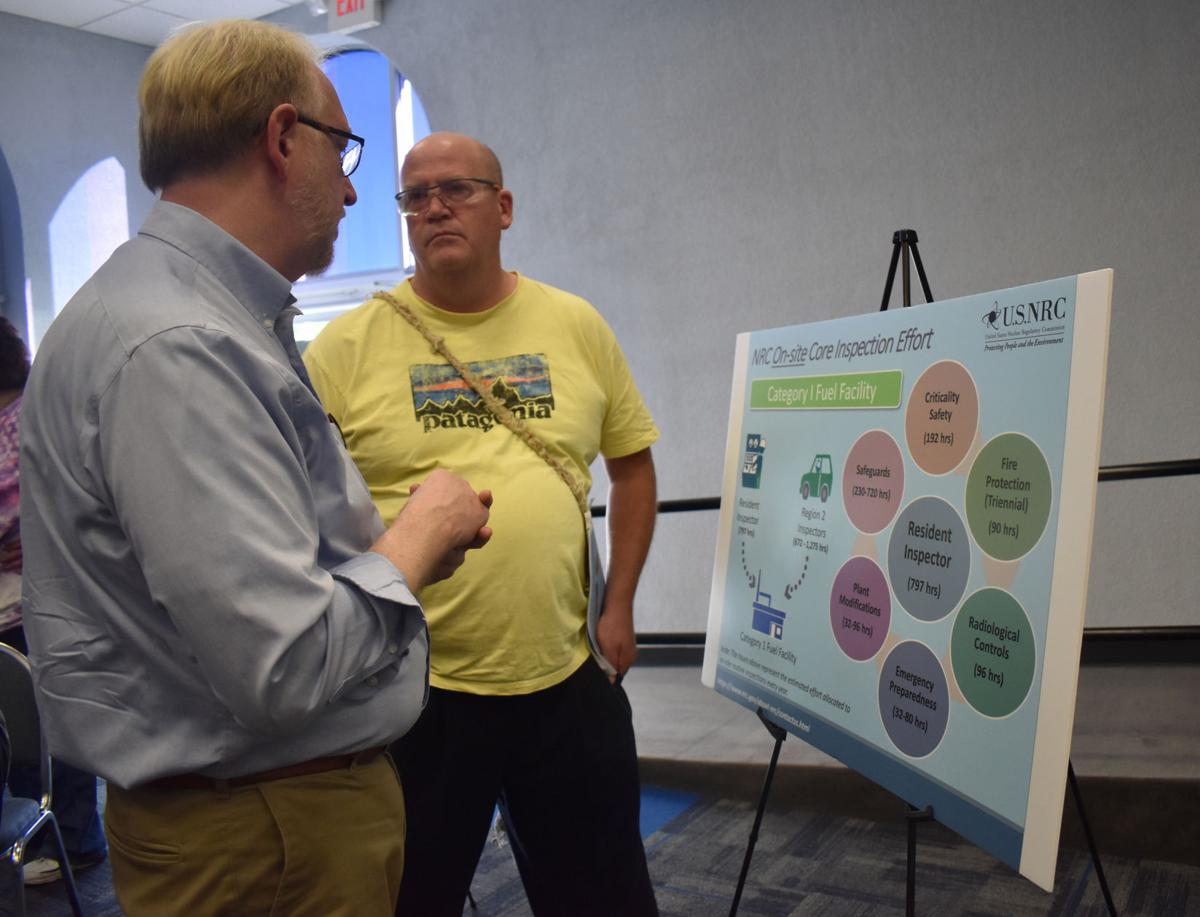 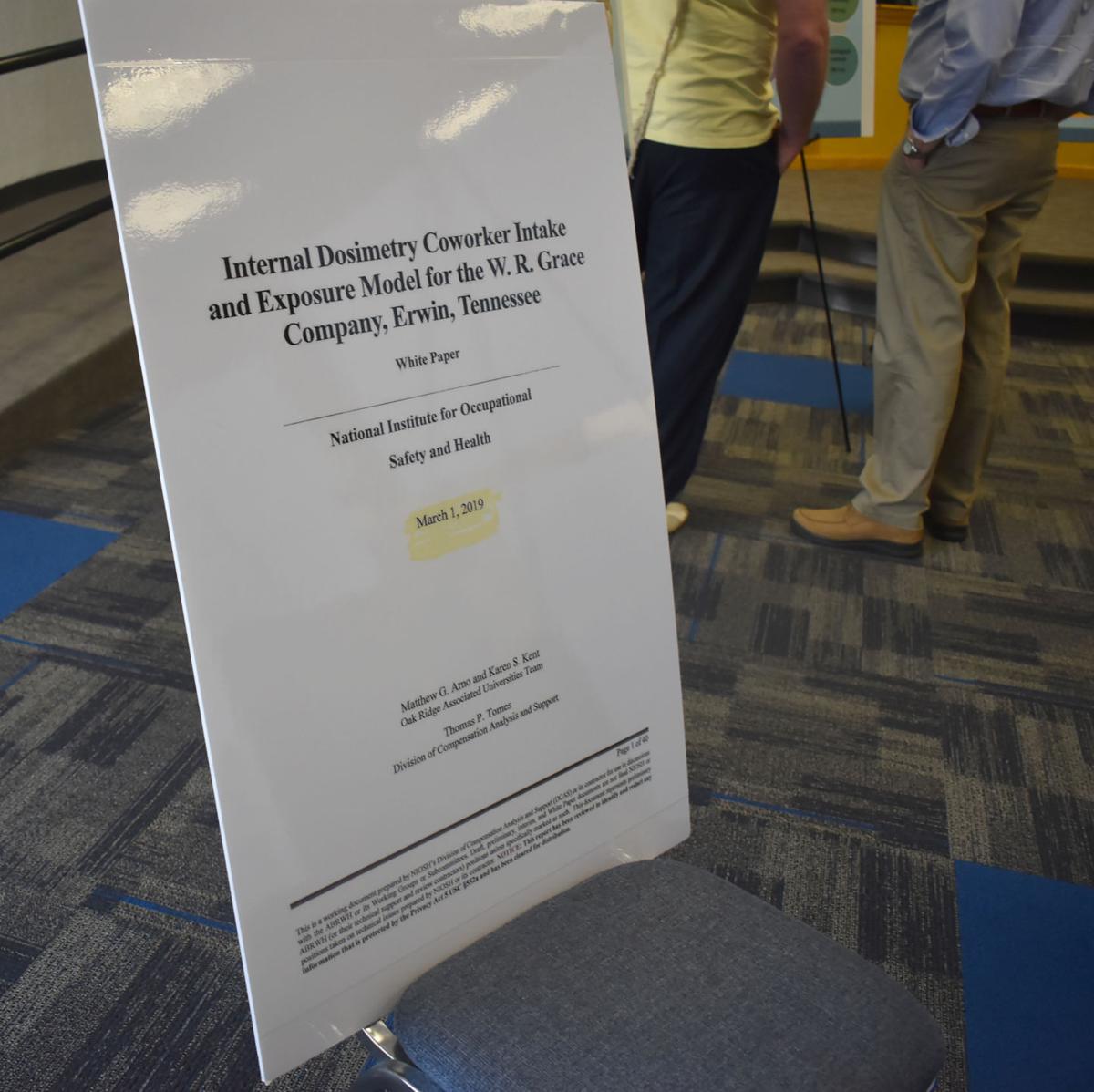 Actress and activists Park Overall said the open house format of Thursday night’s NRC meeting on the NFS inspection was designed to shut down the vocal watchdog group in Erwin.

Linda Modica, vice-president of the Erwin Citizens Awareness Network, talks about public concerns for the safety of water in a pond on the Erwin Linear Trail near the NFS facility.

ERWIN — Citizen concerns over the open-house format of the Nuclear Regulatory Commission’s Thursday night review of its most recent inspection of Nuclear Fuel Services have prompted NRC officials to return to Erwin for a more formal question-and-answer session with the public.

The biannual NRC meeting at Erwin Town Hall began with a brief introduction in which a senior NRC fuel facility inspector told members of the public that the NRC’s assessment of NFS operations between Jan. 1, 2017, and Dec. 31, 2018, did not include any finding of needs for improvement.

Joel Rivera, a senior fuel facility project inspector for the NRC, wrapped up the opening remarks by saying, based on some concerns expressed about the meeting’s format, the NRC would return to Erwin within the next two months for a follow-up meeting in which citizens would be allowed to address NRC representatives in front of everyone in attendance.

What followed the introduction was an hour-and-a-half session in which the public was invited to view a series of posters explaining the NRC inspection process and address their comments and questions to any of several NRC representatives on hand.

On the opposite side of the room from the NRC posters, was a separate poster display set up by the Erwin Citizens Awareness Network to highlight their concerns with the safety of NFS operations.

Linda Modica, vice president the watchdog group that has been monitoring NFS and NRC inspections there for nearly a decade, said group members expressed their dissatisfaction with the format to the NRC officials prior to the meeting.

During the meeting, Modica told the Johnson City Press she was dismayed that the NRC posters did not include any summary or specific reference to NFS. “There was no review. You would think they would have at least had a review letter,” she said with exasperation.

In announcing the meeting, the NRC said the format was selected to allow more interaction with the NRC staff, better facilitate one-on-one and small-group discussions and allow more flexibility for local residents and others who wished to attend.

Park Overall, an actress and environmental activist aligned with the Erwin citizens group, said the NRC officials are aware of how vocal the group is and chose the open-house format “to shut us down.”

Overall’s contributions to their poster display included the cover page of a March 2019 report from the National Institute of Occupational Safety and Health that Modica included two points of great concern to the group — the presence of plutonium contamination and more than 1,700 cubic feet of transuranic waste at NFS.

“We thought they had removed all of that,” she said the nuclear waste.

Leonard Pitts and Larry Harris, the two NRC site inspectors who conducted the operations review of NFS, said they were unaware of NIOSH report.

Modica said the inspectors would not have seen the report because it does not pertain to facility operations regulated by the NRC.