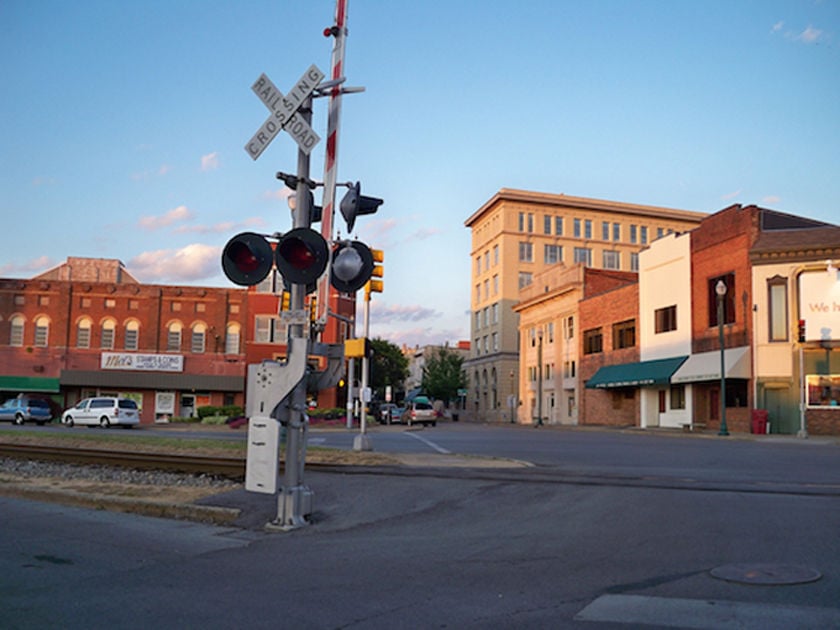 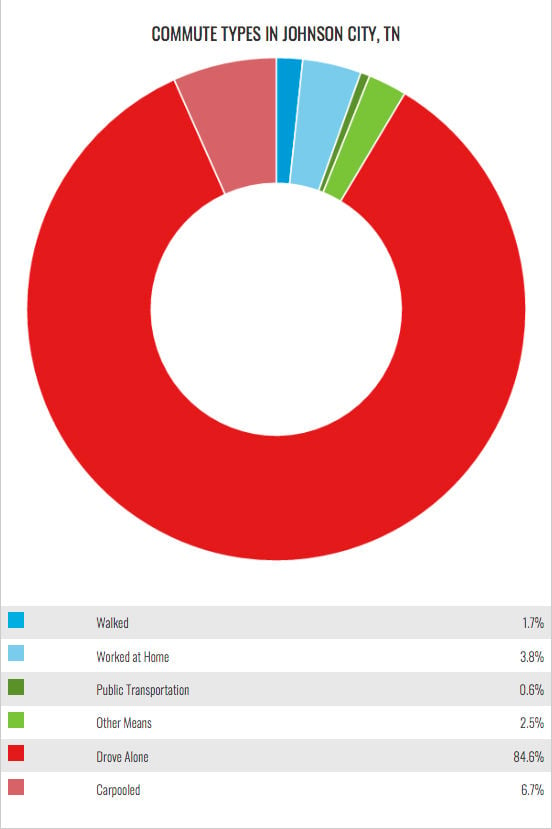 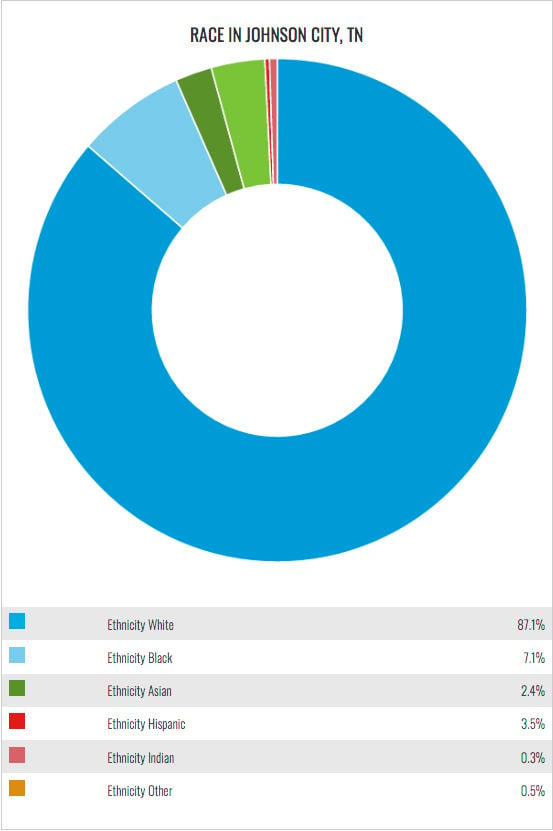 Race in Johnson City, an Ethnicity Graphic from Livability.com

Race in Johnson City, an Ethnicity Graphic from Livability.com

On Tuesday, the city was included in Livability.com’s annual list of Top 100 Best Places to Live.

Coming in at 56 in the data-driven rankings, the city outpaced more than 2,100 cities with populations between 20,000 and 350,000 based on a survey of factors including affordability, education, income, health care, transportation, recreation, walkability and natural beauty.

Gary Mabrey, president of the Johnson City Chamber of Commerce, was not surprised to hear the city had placed among the best.

Mabrey noted the ranking is the latest is a series of superlative listings for the city, including being named the best place to live in America for households earning $100,000 or more in a 2017 report by Magnify Money.

“Most of what we have to offer is quality of life.”

City Manager Pete Peterson said the new ranking reaffirms what people who live Johnson City have known for some time.

“It’s always nice when others recognize what we already know here — that Johnson City is an incredible place to live,” Peterson said.

“As the report states, we enjoy a low cost of living, excellent healthcare services and beautiful outdoor amenities. Word is quickly spreading that Johnson City has all the makings of an attractive location for young professionals, families and retirees.’

A summation of Johnson City’s attributes included in the report begins with a nod to the “mountains and valleys gracing its beautiful region” and a notation that the city ranks high in the categories of affordable housing and education.

“Surrounded by stunning mountains and valleys, Johnson City is an East Tennessee gem.

“The economy is strong and is healthcare led by Johnson City Medical Center, and the city is a regional hub for retail shopping centers and independent restaurants for citizens within a four-state area.”

The population is 64,978, with East Tennessee State University bringing 16,000 students to the city and Milligan College located just outside its city limits.

The report states, “Natural beauty makes Johnson City a beloved home base for outdoor enthusiasts and a low cost of living and high quality of life earned the city a spot (No. 3) on our list of the Most Affordable Cities in Tennessee.”

While the only other Tennessee city livability.com’s top 100 list was Franklin, ranked at 95, neighboring Asheville, North Carolina, came in at No. 36 and Greenville, South Carolina was at No. 39.

A division of Journal Communications Inc., Livability.com is a website that ranks America’s most livable small and mid-sized cities based on demographic information, statistics and other research.