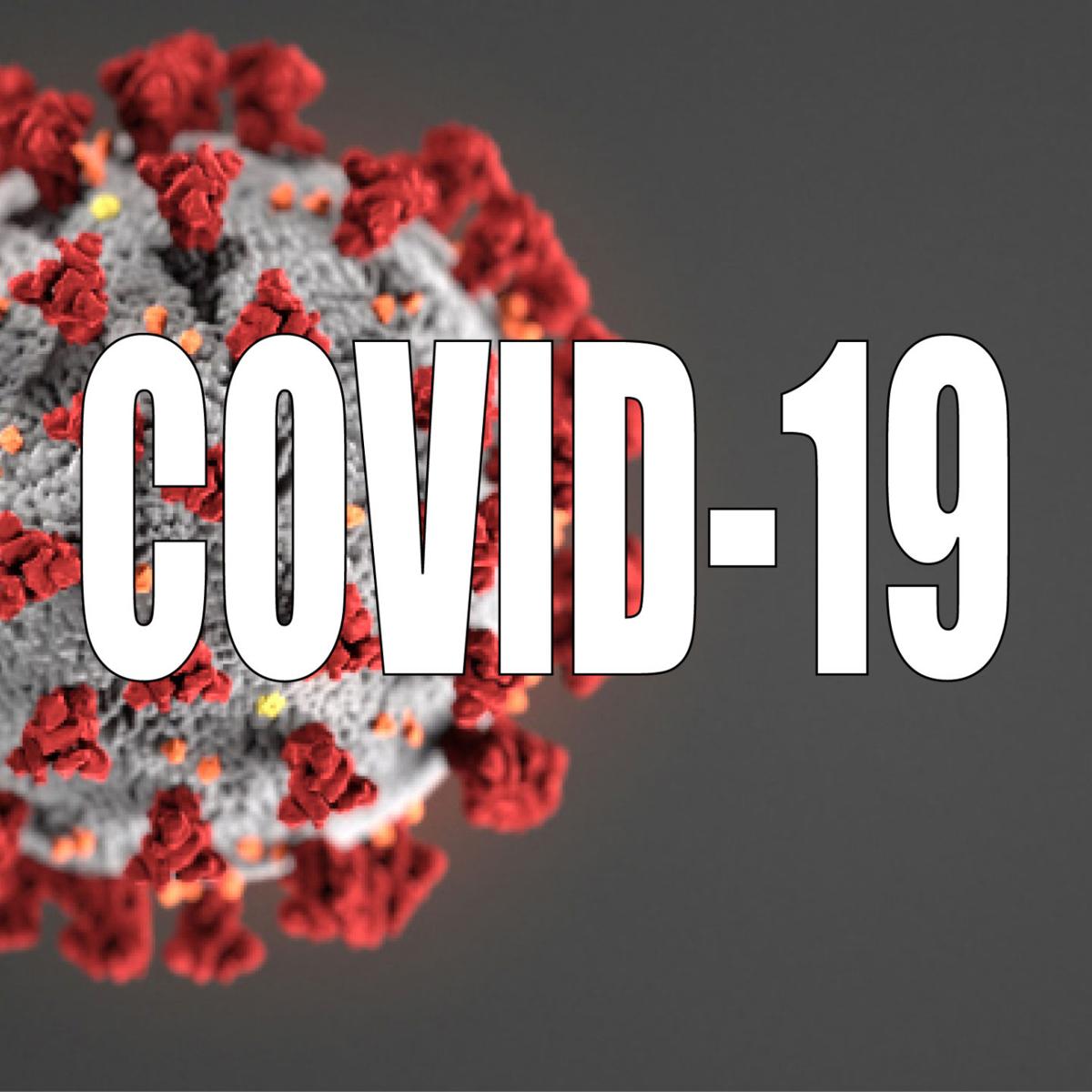 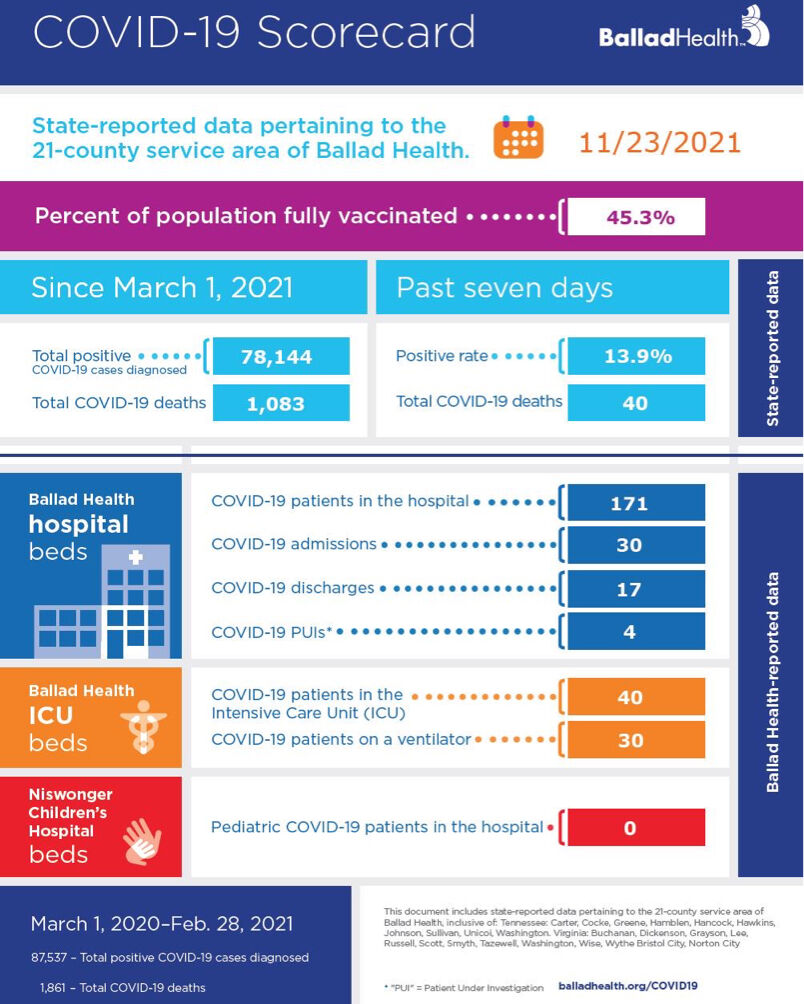 For the first time in nearly a month, the number of people hospitalized with COVID-19 at Ballad Health hospitals surpassed 170. Hospitalizations climbed to 171 on Tuesday — the most reported since 172 on Oct. 28.

After steadily declining through mid-November after the summer surge, falling to a low of 135 on Nov. 15, the number of people hospitalized with the virus has increased by 26.6%. Much of that increase has occurred since Friday, with Ballad’s COVID-19 inpatient total up 28 from Friday’s count of 143, a 19.5% jump. On Monday, the hospital system reported 40 new admissions, the most since Oct. 18. There were 30 admissions reported on Tuesday.

Since Nov. 1, the number of new admissions has reached 30 just three times, the other being Nov. 15.

The rise in hospitalizations corresponds with a rise in new infections in Northeast Tennessee.

The region’s seven-day average of new cases rose 73.1% since the beginning of the month. Johnson (2nd), Washington (3rd), Hawkins (6th) and Sullivan (7th) counties each ranked among the top 10 in the state for new infections per capita, according to data from the New York Times.

COVID-19 infections on the rise as holidays near, causing concern as flu season nears

“We do see the numbers going back up ever so slightly, and ... as we head into holidays and indoor gatherings and cold weather to where more people are just inside in general — it really could set us up for another increase in cases.

“I don’t think we’ll necessarily get back to where we were in September, but any sort of increase, ultimately that’s lives that are affected right here in our community and we have to prevent that,” Swift said.