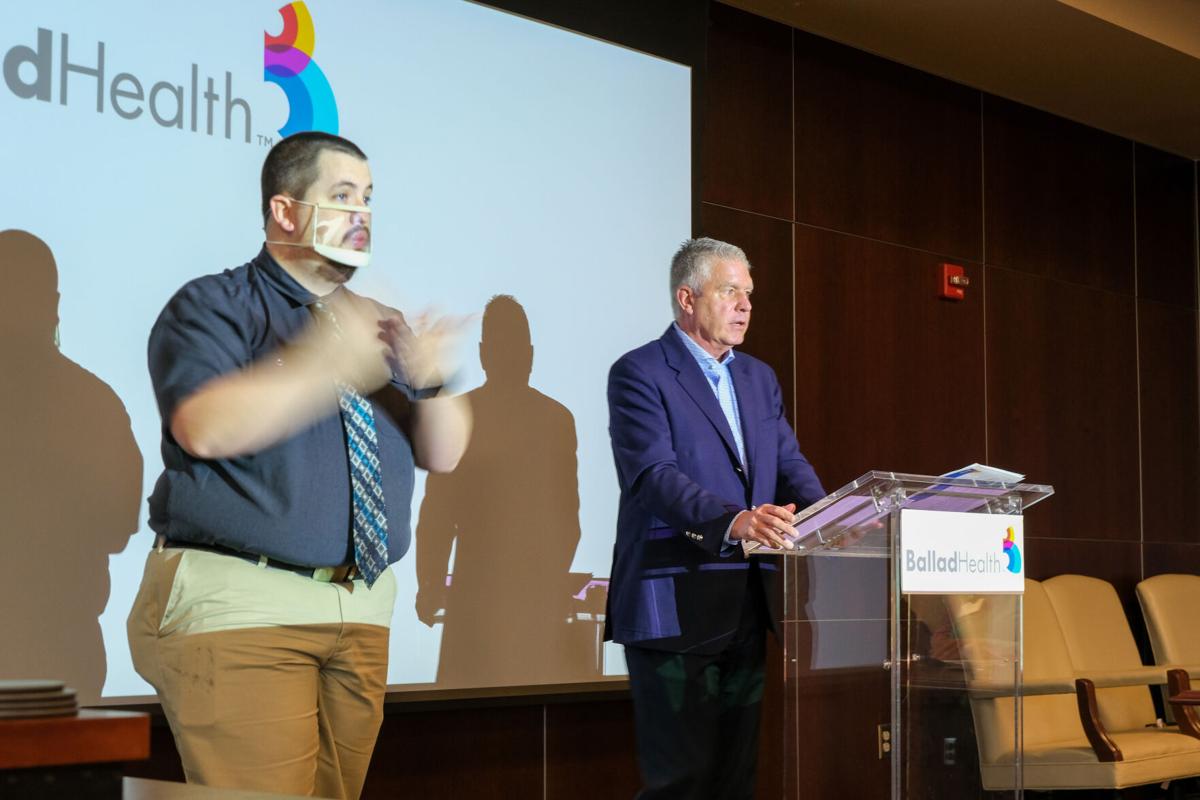 Ballad Health officials continued calling on the community to get vaccinated against COVID-19 on Wednesday, with Chief Operating Officer Eric Deaton saying he believes the region could have 70% of its population at least partially inoculated by July 4 — a nationwide goal set by President Joe Biden earlier this week.

“I’m optimistic and hopeful that we can get to that as well in this region,” Deaton said, noting that medical professionals have to convince people of the urgency to get the vaccine, while encouraging those who are unsure about receiving them to ask questions and “make an informed decision.”

The hospital system’s messaging comes during a nationwide slowdown of vaccinations.

Supply currently outstrips demand in many parts of the country, particularly in Tennessee, which ranks 45th in the nation for percentage of its population with at least one dose of the vaccine, according to the Centers for Disease Control and Prevention.

Data from the Tennessee Department of Health show about 35% of Tennesseans have received at least one dose of the vaccine, while 27% are fully vaccinated.

In Northeast Tennessee, which led the state in vaccine uptake early on, roughly 35% of the region’s population has received at least one dose, while nearly 29% have been fully vaccinated. Though Washington County remains in the top 10 statewide for rate of vaccination, vaccine administration regionwide has slipped significantly over the past month, falling by more than 50% compared to the previous month.

“To date, Ballad Health has provided more than 42,000 first doses and just over 40,000 second doses giving us more than 82,000 vaccine doses provided in the Appalachian Highlands, and more than 264,000 people in this region fully vaccinated from all the various different partners,” said Ballad Chief Infection Prevention Officer Jamie Swift. “While I celebrate every single vaccine dose, it’s a reminder that this is not enough.”

Swift said Ballad will continue doing “everything we can” to make vaccines accessible in the region, and urged people who are hesitant to receive the vaccine to seek out information from trusted sources such as faith leaders or family doctors.

“Whoever it is, take time to seek out their opinion, understand the science and really base your decision on the science of the vaccine,” Swift said. “I know the unknown and the new can sometimes be daunting, and it’s a new vaccine, but don’t forget this vaccine went through the rigorous safety protocols of all our other vaccines.”

Deaton said the hospital system expects to continue seeing people hospitalized with the virus, potentially for another year, due to people not receiving the vaccine. As of Wednesday, Ballad had 110 people hospitalized with COVID-19 in its facilities, of which 28 were in intensive care and 19 were on ventilators. Deaton said variant strains of the virus are leading to sicker patients coming in, and noted that they’re still seeing virus-related deaths.

On Wednesday, Northeast Tennessee reported five new virus-related fatalities, its largest single-day death toll in more than two months. It comes after the region reported its most new hospitalizations since mid-February last week with 31.