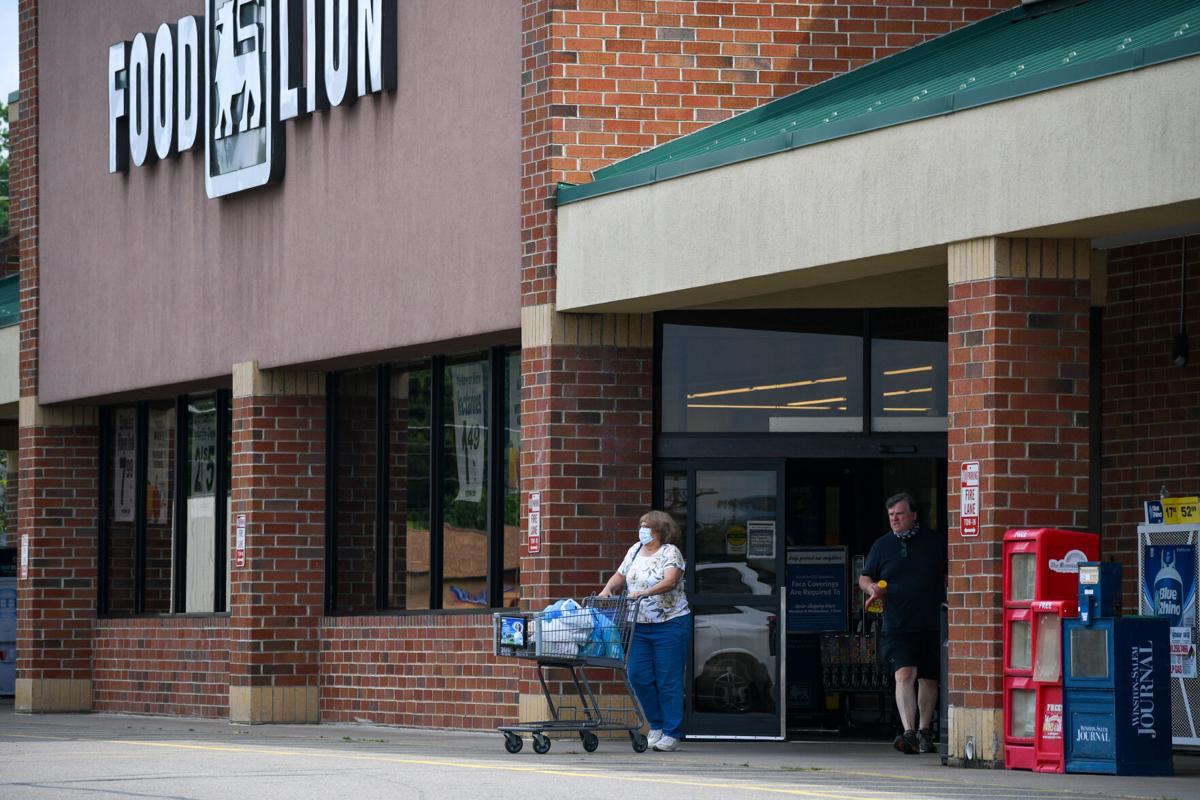 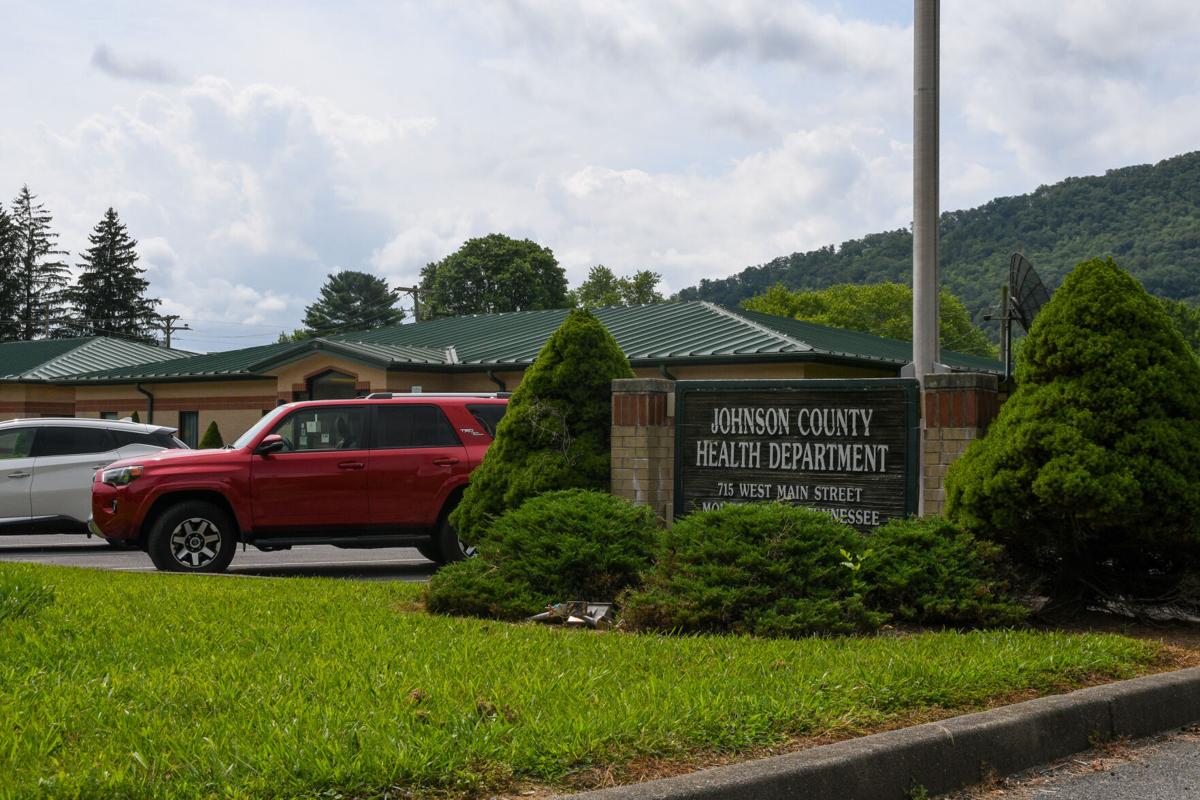 In response to the county’s surge in COVID-19 cases, the Johnson County Health Department has seen an uptick in the number of tests performed and has extended its testing hours.

In response to the county’s surge in COVID-19 cases, the Johnson County Health Department has seen an uptick in the number of tests performed and has extended its testing hours.

When Johnson County Mayor Mike Taylor issued a mask mandate on July 21, he had one goal: keep the novel coronavirus from spreading within his county.

At that point, Johnson County was seeing COVID-19 begin to circulate in the community, albeit slowly — one case one day, three cases the next day, two cases another, and so on. Now, the county finds itself with one of the worst outbreaks in the state.

“Our job, at this point, is to educate the people on how to stop this thing, or at least curb this thing and bring it back to some more manageable numbers,” Taylor said.

Johnson County’s outbreak wasn’t completely unexpected, however, as the virus has been trending more into the smaller metro and rural areas of the state as of late.

A report this week from the Vanderbilt Department of Health Policy and the Vanderbilt School of Medicine found rural areas adjacent to large and small metro areas account for 20% of new cases and 12% of hospitalizations — signaling that the virus is moving from the big cities that were hit hardest in the early stages of the pandemic to the areas that didn’t see widespread circulation of the virus.

“What we’re seeing in Northeast Tennessee and East Tennessee more generally, and also in West Tennessee, is these regions are just now seeing that first kind of wave of the virus hitting the community,” said John Graves, who is part of the Vanderbilt team that compiled the report. “It started in New York and some of the big metropolitan areas, reached into Nashville and Memphis and became entrenched in these areas.

“But really, it was almost more surprising early on that areas like Northeast Tennessee didn’t have more cases early on, and that really speaks to the success of Tennesseans in terms of putting in place — at least in March and April — pretty significant social distancing and other efforts to mitigate the spread of the virus,” Graves continued. “They had a surprisingly low number of cases, but as the footprint of the virus has expanded now to the whole state of Tennessee, we’re seeing those numbers start to tick up, and, following that, the hospitalizations as well.”

Taylor said health officials warned him that a rapid surge in cases in the county was “possible at any point,” and so they weren’t “completely blindsided.” Speaking to the Press just hours before the county reported its second-highest single-day case count to date, Taylor said with cases rising ”it just adds something very serious and a large element to a job you can’t let go of the things you have to do.”

“We knew it could happen,” Taylor said. “We have been trying to be as proactive about it as we could and now that it’s here, we’ll be cautious and work hard to try to take care of it and get those numbers back down.

“At that point, you add onto your plate (wondering) how do I keep my neighbors healthy, how do I keep them safe from this virus?” Taylor asked. “I feel it is my duty to stay in contact with those experts because I’m not a medical doctor and they are.”

“It’s really like you have a lot of people that could potentially be infected, so I think that’s at least part of it,” Kirschke said.

Another part is schools, with Johnson County High School reporting an outbreak among its student athletes. Since July 29, Johnson County has recorded 46 cases among school-aged children (5-18) — 83% of its total.

“Once you get it in your sports team, at that point, it becomes community spread,” Taylor said. “It goes into church, restaurants and all kinds of places, and I think that’s where we’re at right now.”

“There were weeks in May where you could count on a single hand the cases originating out of Knoxville, East Tennessee, Chattanooga, etc.,” Graves said, “but now it has caught up.”

There is hope that, over the next week to two weeks, cases will start to decline as the effects of the mask mandate begin to show. In county grocery stores, mask compliance appeared to be high, though there were some holdouts.

Ted Lewis, who was selling peaches just outside of downtown with some others, including his son-in-law, said he was concerned about the virus and recognized it was real, but didn’t believe mask mandates were in the interest of public health, and instead were about “compliance.”

Daniel Mcewen, Lewis’ son-in-law, said he didn’t like wearing the masks, but wears them when necessary, adding that he also takes other precautions such as social distancing and washing his hands.

“I wear them when I have to, but if I don’t have to wear one I’m not going to,” Mcewen said.

Taylor said that, while mask compliance was as good as can be expected, it’s important to “depoliticize (masks) and look at the health aspect of it.”

“Two or three weeks ago, you heard about people who had the virus, but we didn’t know who they were,” Taylor said. “We’re at the point now where we know it’s our neighbor, we know it’s somebody we went to church with or we know it’s our relative.

“Now, it’s very much more personal now — we know people,” he continued. “I think when we get to that point, people begin to look at it a little differently and it becomes a little more serious to them. I think we’re going to come together and we’re going to work on this problem.”

This chart shows the average daily number of new cases per 100,000 people over the last seven days in Northeast Tennessee, Southwest Virginia …