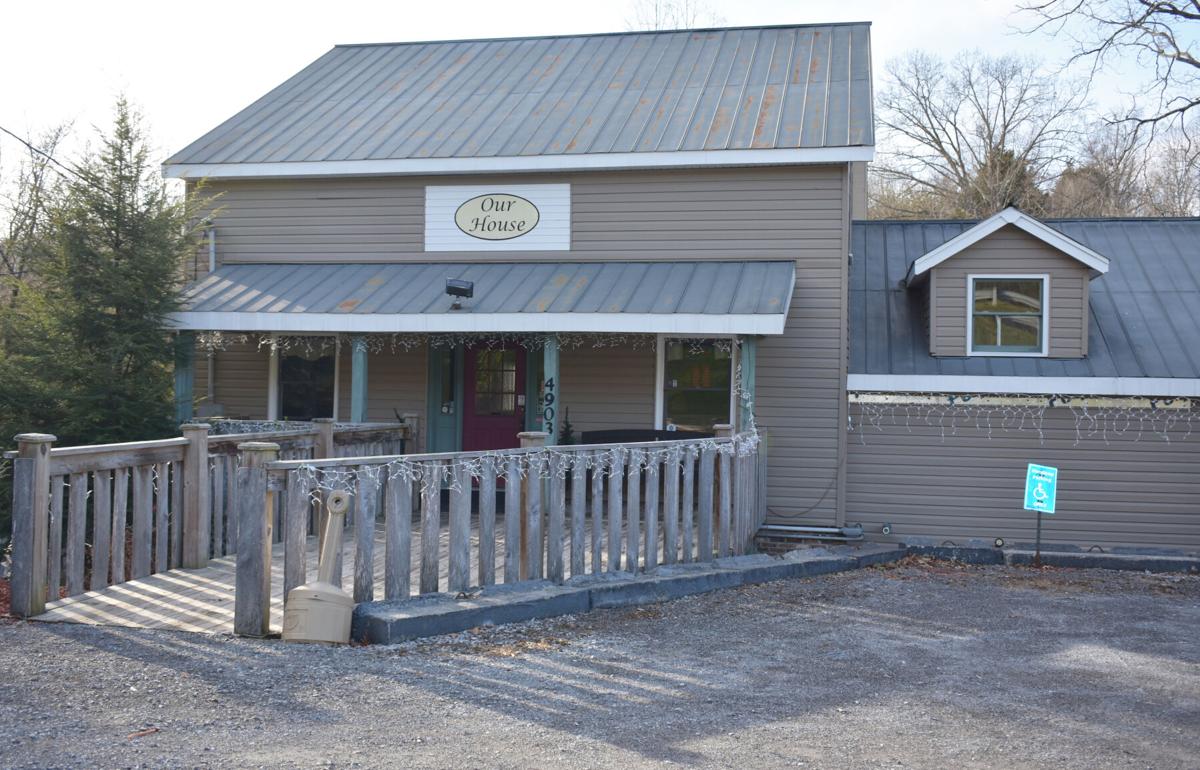 The owners of Our House recently announced on the restaurant's Facebook page that the eatery would be closing for good on Dec. 19. 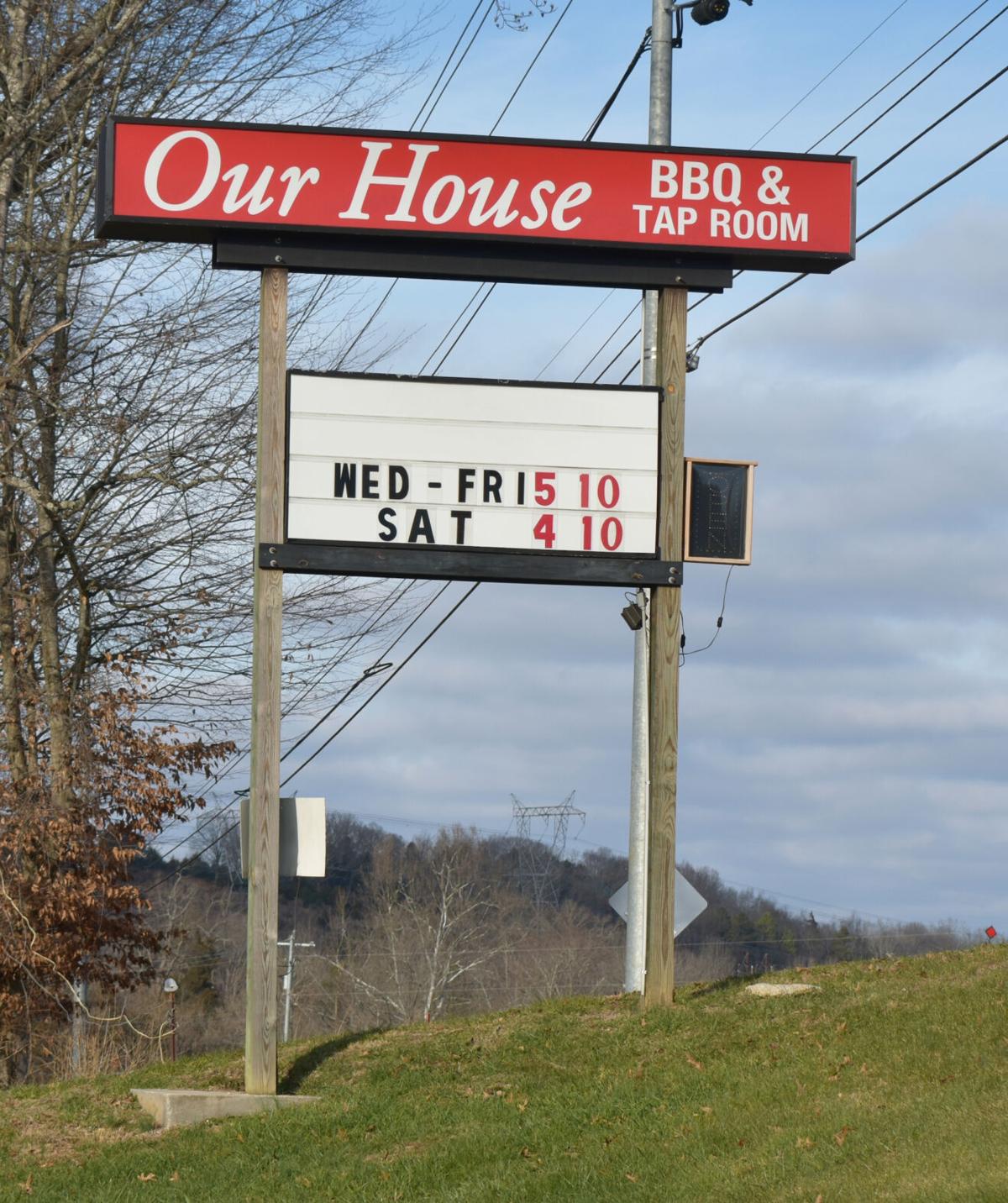 The owners recently announced on Our House's Facebook page that the restaurant would be closing for good on Dec. 19.

The owners of Our House recently announced on the restaurant's Facebook page that the eatery would be closing for good on Dec. 19.

The owners recently announced on Our House's Facebook page that the restaurant would be closing for good on Dec. 19.

Our House, a barbecue restaurant at 4903 N. Roan St., has been in business for about seven years, opening right around the time crews were doing roadwork on Tennessee 36.

“It was really hard to fathom and comprehend how difficult of a situation that was going to be,” said Andy Tolley, who co-owns the restaurant with his wife Angie.

The establishment ultimately managed to weather the construction project and spent the following years recovering.

And then the novel coronavirus (COVID-19) hit.

The pandemic produced a set of inhospitable economic conditions that ultimately proved too much for the business. The owners recently announced on Our House’s Facebook page that the restaurant would be closing for good on Dec. 19.

“A lot of restaurants ... are operating on a week-to-week basis,” the establishment wrote. “Without a regular flow of customers they too will shut their doors.”

Across the U.S., businesses are struggling to stay afloat as COVID-19 cases and hospitalizations surge to new heights.

“The financial decision was very easy,” Tolley told the Press about the choice to close. “When you’re putting more in than you’re able to take out then obviously that’s not a good thing.”

A recent survey from National Federation of Independent Businesses found that roughly one-in-four small business owners anticipate they will have to close their doors in the next six months if economic conditions don’t improve. That’s up 5% from last month. Another 22% anticipate they won’t be able to operate longer than seven to 12 months.

“It really is very telling about where people’s heads are right now,” he said.

December is regularly the restaurant’s busiest month of the year, typically garnering 10 to 12% of the establishment’s business for the whole year. That income is based largely on parties and catering.

Sales have been down over the course of the entire year, Tolley said, but October and November, which are typically slower times for most restaurants, were particularly low.

“We’re starting to have days where you’re barely doing enough sales to pay the utilities let alone everything else,” Tolley said.

The owners have had to put several thousand dollars back into the business over the past two or three months. If he felt like this would have been a one-time necessity, Tolley said, it wouldn’t have been as big a deal.

But he said conversations about extending mask mandates and fears of another shutdown didn’t inspire confidence.

“It seems more like a pattern than an exception,” he said.

While big box stores and chains have been more capable of weathering the pandemic, Tolley said, the only establishments that lockdowns have hurt are small businesses.

Closer to downtown Johnson City, Ole’s Guacamoles announced on social media that it will temporarily close on Mondays because of staff shortages.

“It’s not horrible, but it’s just not what it was,” he said.

De La Torre said the restaurant hasn’t been as busy as it used to be, and closing the restaurant on Mondays will allow De La Torre and his staff to get one more day of rest, enabling them to provide better service the remainder of the week.

De La Torre said the restaurant has also seen a decrease in staff since the start of the pandemic, including many who quit and filed for unemployment. Currently, Ole’s Guacamoles has about eight or nine employees, but normally they would have about 20.

Operating a small business is already difficult, De La Torre said — there are so many bills, so much overhead, so many taxes, so many employees and more. To top it off, De La Torre said, COVID-19 means owners have to seat customers at every other table, maintain half their normal capacity and ensure people are wearing masks.