Skip to main content
You have permission to edit this article.
Edit
Home
News
Sports
Obituaries
Living
Photo & Video
Opinion
Classifieds
Games
Send Us Your News
About & Policy
Contact Us
Special Sections
Share This
1 of 5 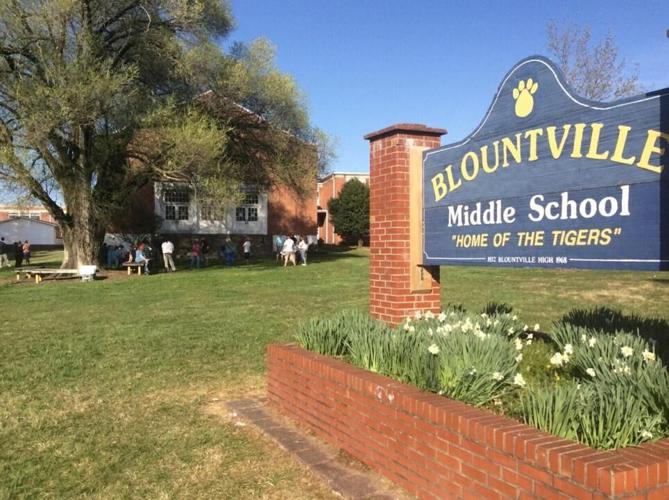 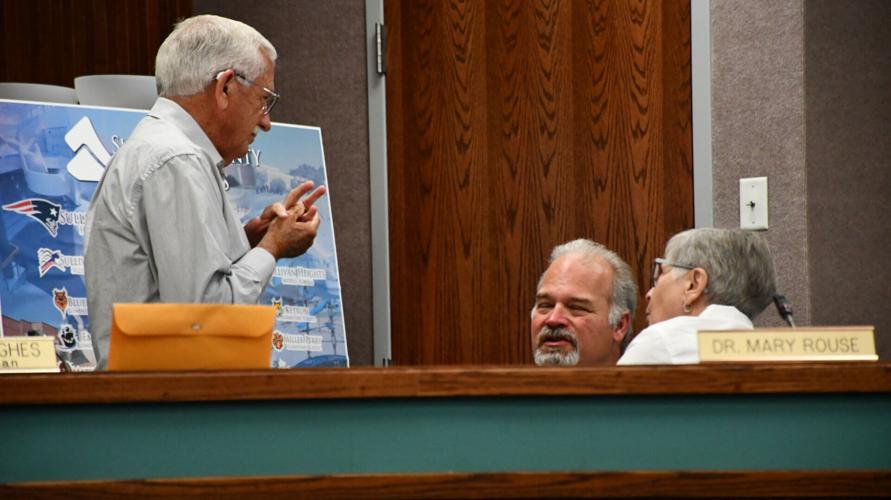 Sullivan County Board of Education Chairman Randall Jones, left, talks with board members Mark Ireson, middle, and Jane Rouse before Thursday night's May 12, 2022 board meeting in Blountville. 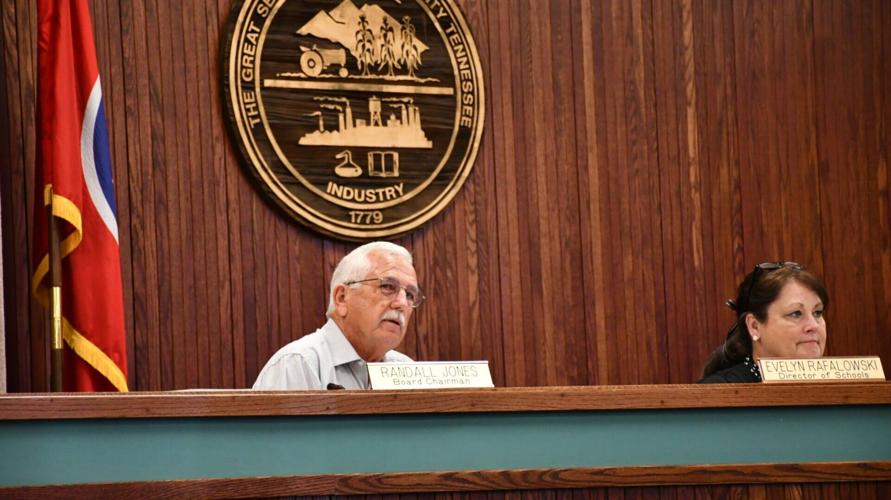 Left to right, Sullivan County Board of Education Chairman Randall Jones and Director of Schools Evelyn Rafalowski at the Thursday night, May 12, 2022 board meeting. 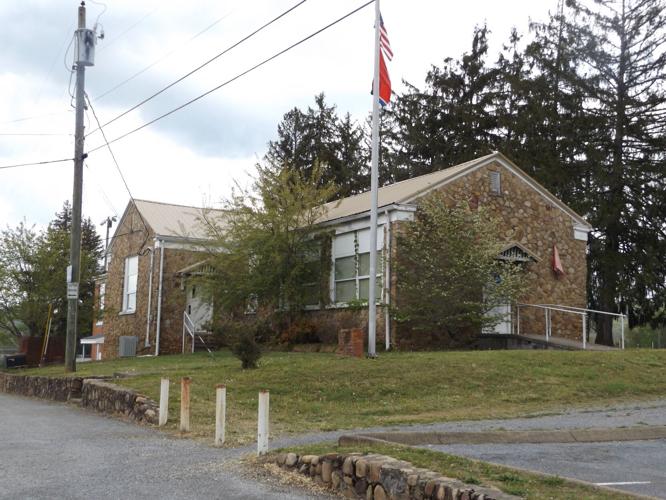 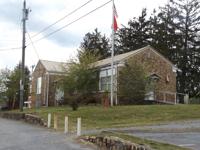 This is the "rock building" at Blountville Middle School. According to school officials, it was built by the Work Progress Administration in the 1930s and used for vocational classes later when a brick addition was made. 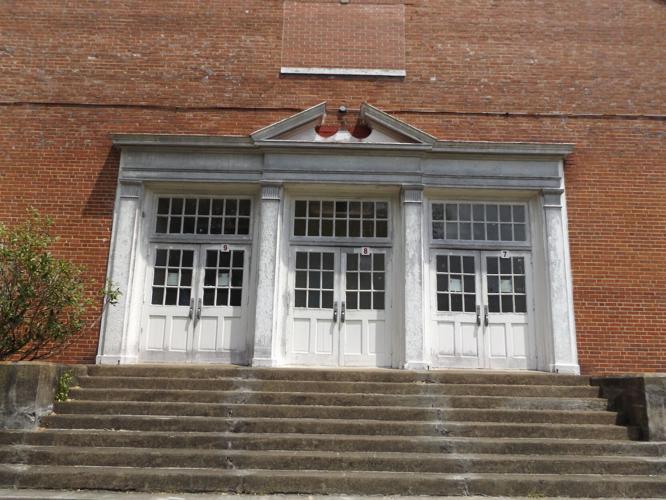 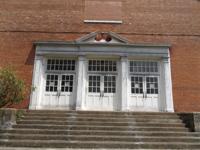 Sullivan County Board of Education Chairman Randall Jones, left, talks with board members Mark Ireson, middle, and Jane Rouse before Thursday night's May 12, 2022 board meeting in Blountville.

Left to right, Sullivan County Board of Education Chairman Randall Jones and Director of Schools Evelyn Rafalowski at the Thursday night, May 12, 2022 board meeting.

This is the "rock building" at Blountville Middle School. According to school officials, it was built by the Work Progress Administration in the 1930s and used for vocational classes later when a brick addition was made.

BLOUNTVILLE — The former Blountville Middle and Blountville Elementary schools campus, which started out nearly 90 years ago as the home of Blountville High School, may be under the ownership of the county by the end of June.

The Board of Education voted 7-0 Thursday night with no board member discussions to accept an offer of $637,500 for the two schools and nearly 30 acres of real estate in the heart of unincorporated Blountville, the county seat of government.

Jones said the price is based roughly on an appraisal of $45,000 an acres on the 12.25 acres after negotiations including him and County Mayor Richard Venable, who presented the amount to the County Commission at its April 21 meeting. The commission approved the offer by a vote of 21-1 with two absent.

Director of Schools Evelyn Rafalowski assured the board that the school system, which already has been emptying and cleaning out the building, could finish that job by June 30, although Jones said Venable told him the system could have a little more time if needed.

"I do think we will be able to hand that by June 30," Rafalowski said in a work session before the meeting, adding that much of the two inter-connected buildings have been cleaned out and work is focusing on modular units and the "rock" building built by the Work Progress Administration during the Great Depression in the 1930s.

The property includes athletic fields and a playground, as well as parking. Some citizens and commissioners were up in arms about talk of making the buildings a county jail annex, an idea later abandoned.

According to past discussions by the BOE, the property was appraised at $1.157 million for 26.7 acres, although about 1 or 1.5 acres would remain with the county library. Of the land, 12.25 acres of football field is deeded to the county, not the school system. via eminent domain, while 10.68 acres and 1.49 acres are deeded to the school system and 5.1 acres has no known deed.

Venable, however, has said the property is appraised at $1.1 million and it would cost an estimated $500,000 to demolish and remove buildings. It is possible the county could raze portions of the buildings.

Potential uses for the property, outlined in the commission resolution making the purchase offer, included to store and maintain all county records in one location; provide more space to alleviate crowding at the historic courthouse; use baseball fields for Little League programs now using Bernie Webb field.

Also, it said if baseball is moved, land adjacent to Webb Field could be used for a much-needed new recycling facility. In addition, it said the football field and track could remain available for local residents to enjoy; if needed the front of the property could someday be a site for a proposed archives building; and Sullivan County EMS and EMA offices could move into the school buildings, with their present location sold to offset the purchase price of the schools property.

A Masonic Lodge also uses the building and lays claim to doing so in perpetuity, but the board did not address that in the vote.

SULLIVAN MIDDLE SCHOOL MAY BE RAZED

Rafalowski said that research has found that the school system owns a triangle of property to the east of the four-lane Sullivan Garden Parkway, separated from the main campus and the athletic fields when the four-lane was constructed. She attended school there starting in 1968 and graduated in 1973.

A third school closed in May of 2021, Colonial Heights Middle, has yet to be addressed by the board. Tri-Cities Christian Academy has indicated interest in it up to $1.8 million, but the school board has put a deed restriction on it and the Blountville property prohibiting them from being used for secondary education.

Under Tennessee law, the county school board can sell directly by negotiation to a public entity or government, such as the county or Kingsport, but any other sale must be done by bids or through a brokered real estate sell.