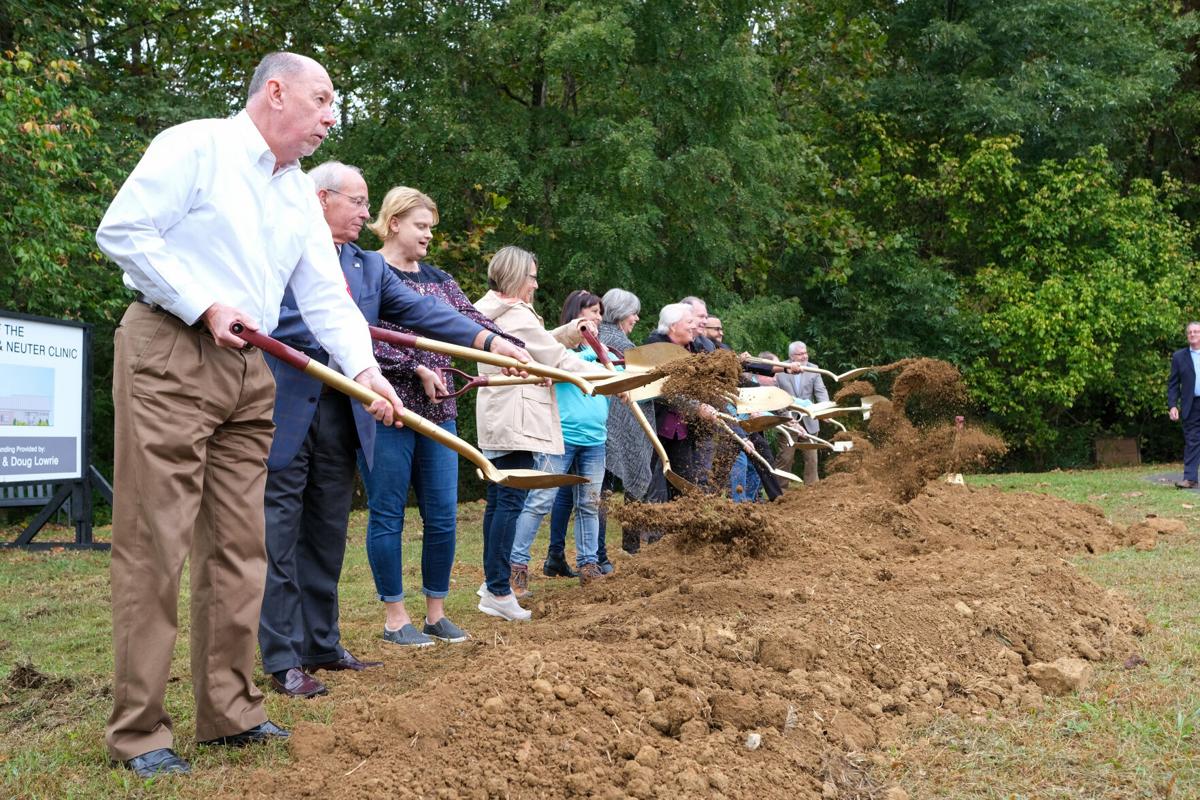 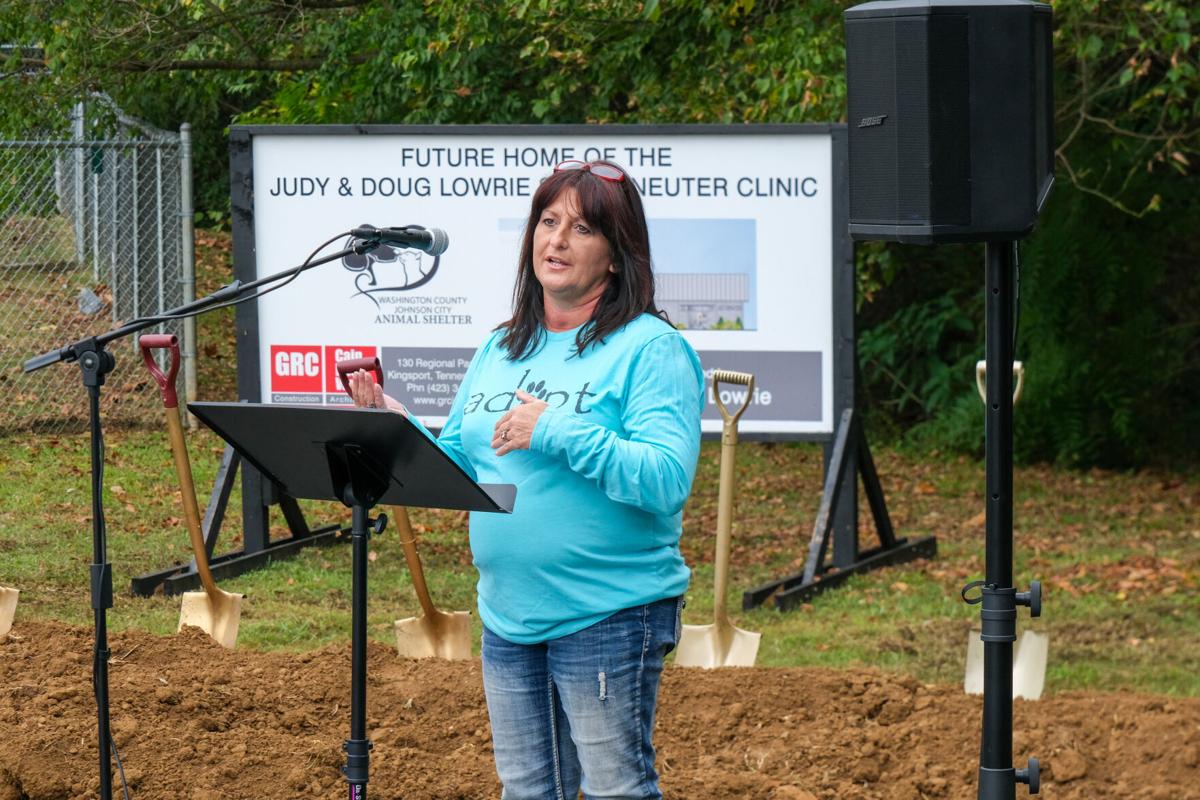 Washington County/Johnson City Animal Shelter Director Tammy Davis speaks at the groundbreaking for the shelter’s new spay and neuter clinic, which should open next year. 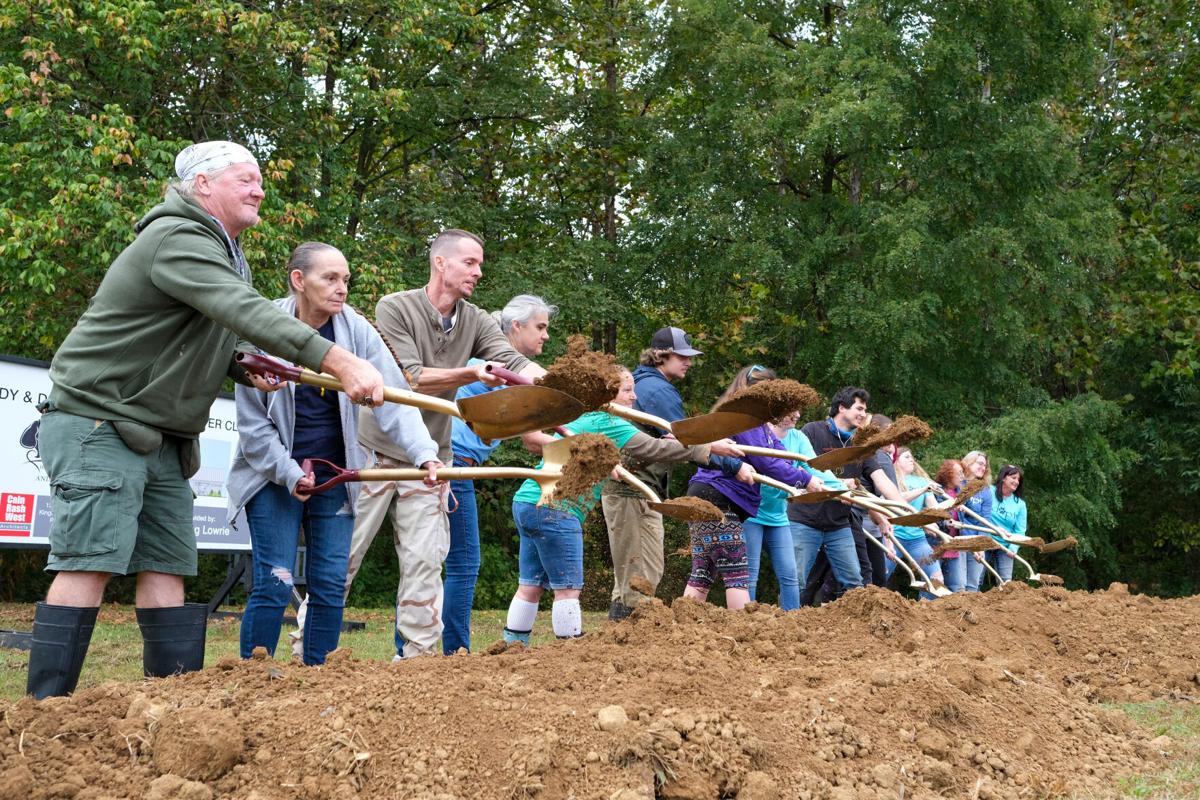 Shelter employees and volunteers also got a turn to partake in the groundbreaking ceremony.

Washington County/Johnson City Animal Shelter Director Tammy Davis speaks at the groundbreaking for the shelter’s new spay and neuter clinic, which should open next year.

Shelter employees and volunteers also got a turn to partake in the groundbreaking ceremony.

Thursday was a good day for the Washington County/Johnson City Animal Shelter as it broke ground on a new spay and neuter clinic expected to accelerate the adoption process for animals and, in the future, reduce the overall stray animal population.

“I am overrun with emotions,” shelter Director Tammy Davis said. ”I am emotional because this is something that the community needs, and this truly is going to be life-saving for these animals.

“There’s so many people here, like myself, the volunteers, the staff, who have dedicated our lives to saving these animals, and this is a huge step toward making that happen.”

The clinic was made possible by a donation from Judy and Doug Lowrie, two longtime supporters of the animal shelter.

Construction is expected to last about six months. Once completed, it will allow the shelter to spay and neuter animals that come in within days of their arrival, expediting the timeline for them to be adopted, because the shelter won’t have to wait for available appointments at local veterinary clinics.

Eventually, low-cost spay and neuter services will be provided to surrounding shelters and the general public.

Long-term, the hope is that through spaying and neutering more animals the region’s stray animal population can be reduced, in turn reducing the number of animals that come through the shelter.

Davis said the shelter is about as full as its ever been in her five-year tenure, save for one other time.

Currently, there are 243 cats and 111 dogs residing in the shelter.

“Hopefully with the addition of the spay and neuter clinic, we’ll be able to decrease those numbers and decrease the number coming in,” Davis said.

Johnson City Commissioner Jenny Brock, who serves on the Washington County/Johnson City Animal Control Board, called Wednesday “such a great day” and said this project has been something the shelter wanted to do for years.

“It’s just such a game-changer because we can truly, through spay and neuter, reduce the number of animals that are unwanted, abandoned, neglected; this is just going to be the thing that turns it from a rescue to prevention,” Brock said. “Couldn’t be better. (Judy and Doug Lowrie) put their money in a place that can make a difference.”