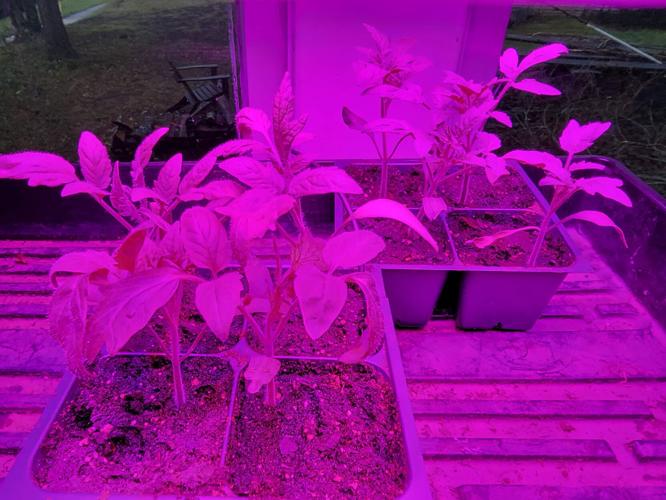 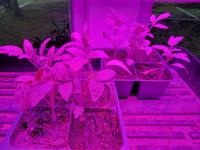 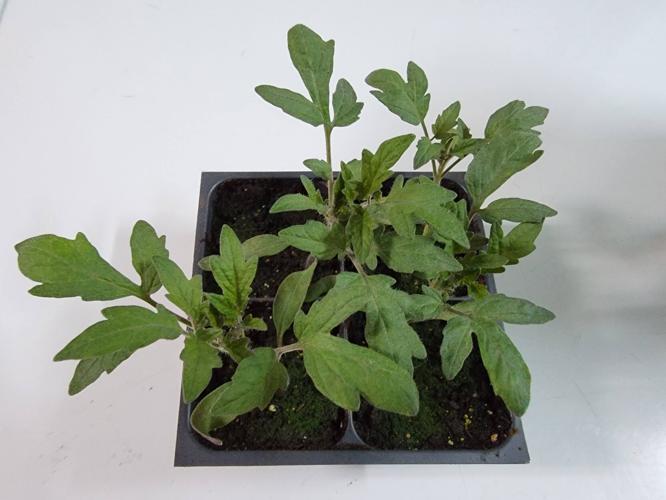 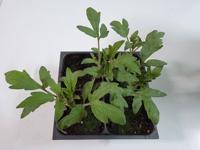 Under white light, my tomatoes look fresh and green.

Under white light, my tomatoes look fresh and green.

The wheel in the sky has kept on turning, and the upcoming spoke is bringing another spring planting season around to us.

The allure of other ongoing projects set me back a little this year and gave me a late start with my seed trays.

Undaunted, I’ve got a healthy looking set of tomato seedlings, and I don’t believe the delay by a few weeks will hamper my harvest much.

I’ve planned on putting out fewer tomato plants this year, though I still should have enough for at least one batch of canning and noshing on them fresh through the summer. I’m only going with two varieties, Mr. Stripey, the ever-popular slicer, and Jersey Devil, which is a meatier, Roma-style fruit.

The rest of my backyard, raised-bed garden real estate I’m holding for beans and cucumbers. I’ve been itching to use my pressure canner for a while, and didn’t get enough of a green bean yield last year to bother putting them away.

We’re only a week or two from our area’s average last frost date of April 27, when most seed packets tell you it’s safe to sow some plants directly into the ground.

That is an average calculation however, meaning we could see an outlier frost after that day. If you plant early, keep an eye on the expected temperatures and be prepared to cover your tender plants to keep them warm.

I’ll be following traditional wisdom and waiting to put my plants out until after Mother’s Day, May 8, this year.

I may decide to follow the Farmer’s Almanac guidance on planting by the moon, which claims to take into account the moon’s phases and its gravitational effects on plants. I’ve never tried it before, but I’ve long wondered how well it works in practice.

If I do, I’ll likely be planting the weekend after Mother’s Day, just before the full moon.

Do you garden by the moon? How has it worked out for you? Let me know at nbaker@johnsoncitypress.com.For the latest breaking news and updates, download the Johnson City Press app.