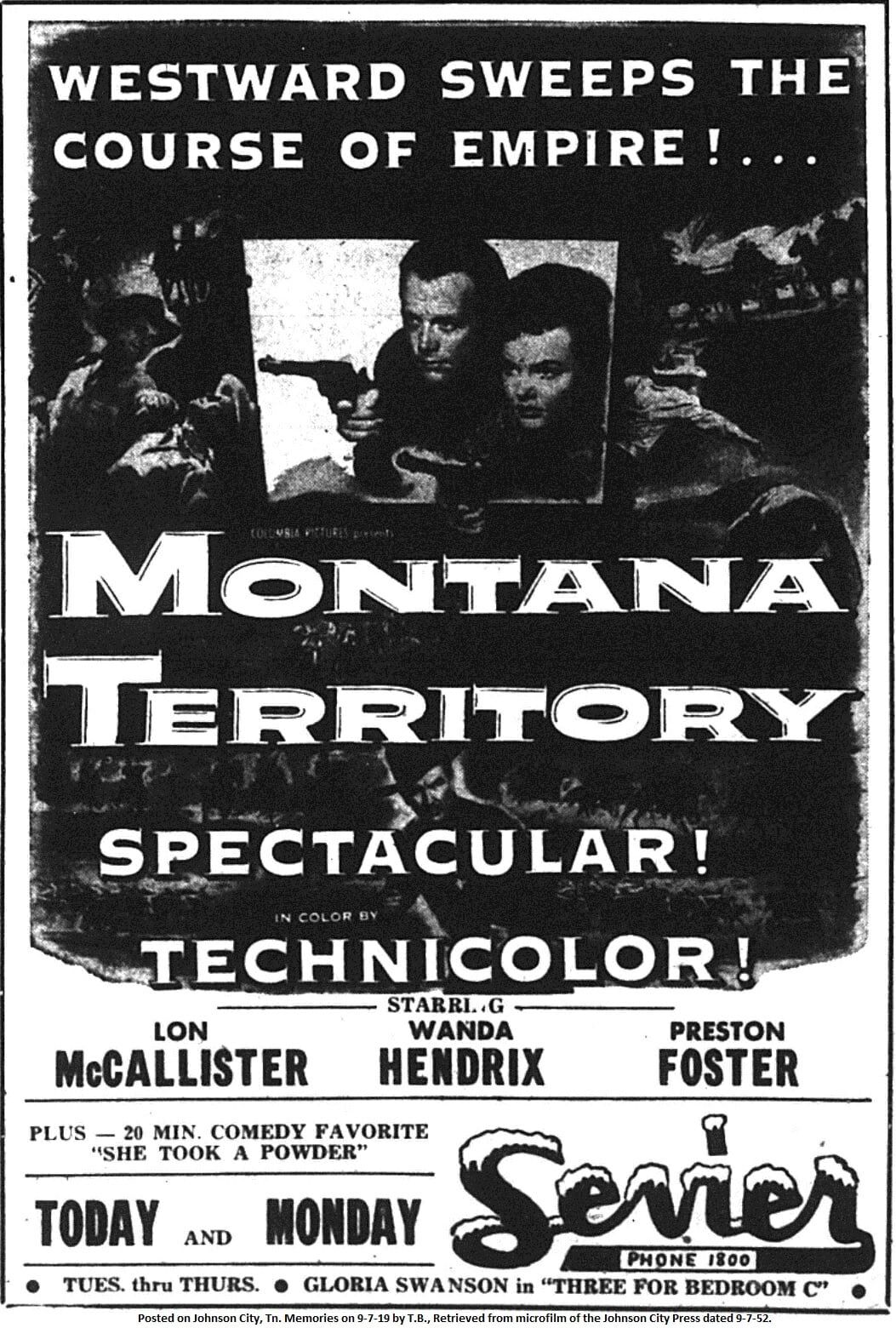 “Montana Territory” was showing at the Sevier Theatre on Spring Street in downtown Johnson City on this date in 1952. 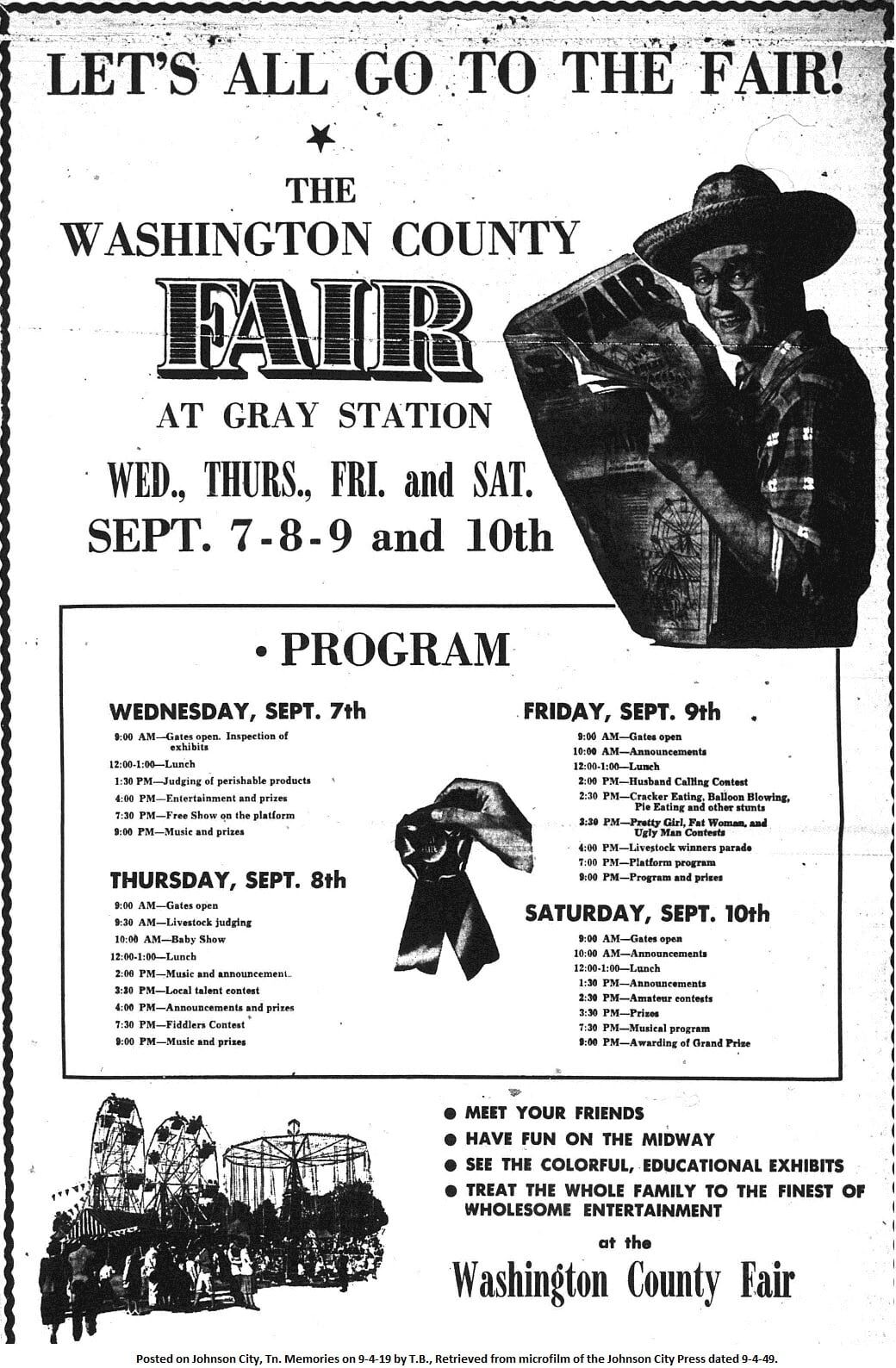 The Washington County Fair began its four-day run in Gray Station on this date in 1949. 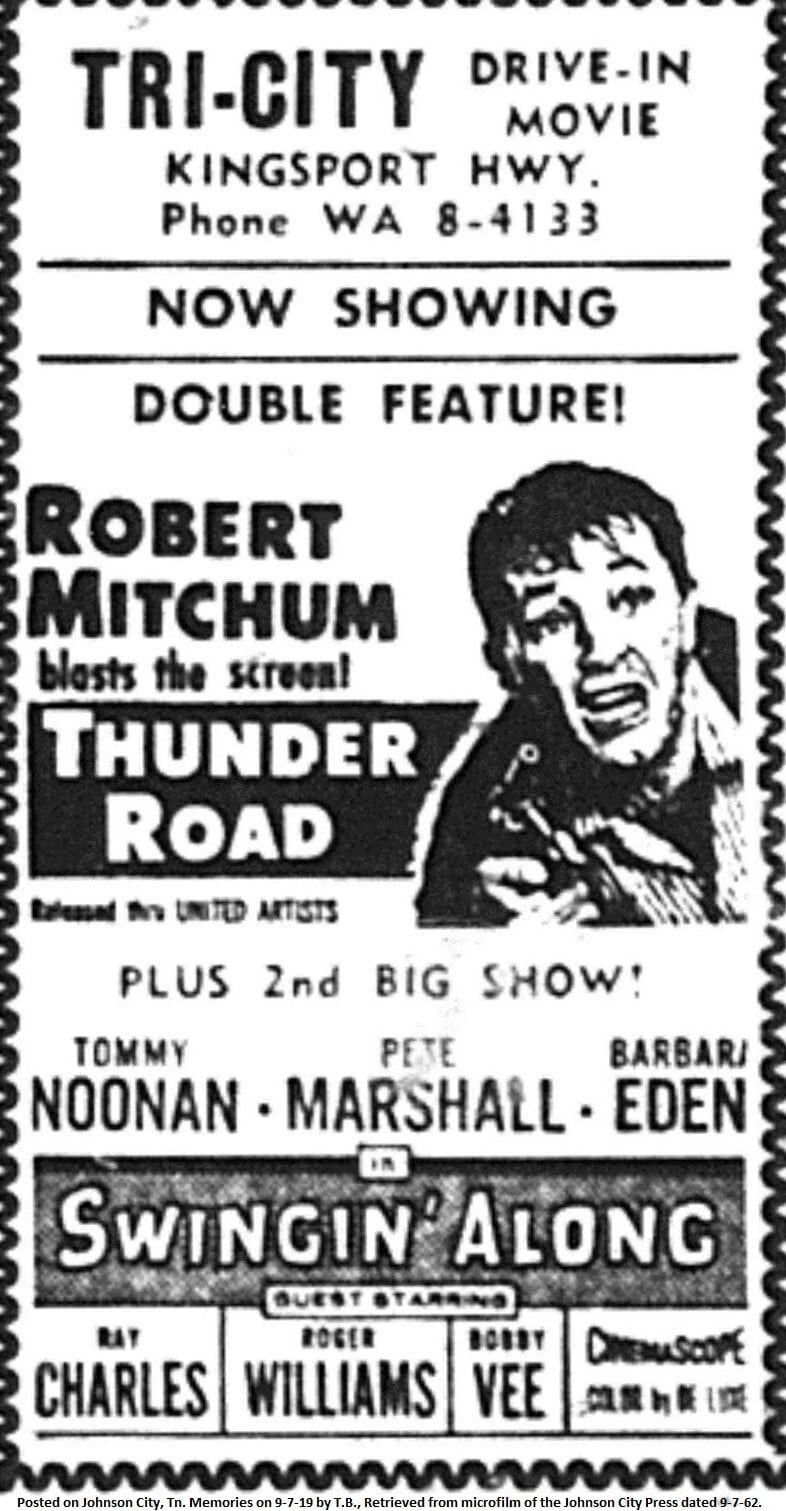 Sept. 7, 1962: “Thunder Road” and “Swingin’ Along” were showing at the Tri-City Drive-In Movie on the Kingsport Highway.

Sept. 7, 1871: The Daily Press and Herald, a newspaper in Knoxville, reported that Isaac T. Jobe and W.R. Reeves, both of Johnson City, were staying at the Atkin House the day prior.

Sept. 7, 1890: The records of First Christian Church show that there was a meeting of the church officers. James Marshall Gaunt was Chairman of the board of elders and deacons. “The business being the pastor’s salary for the coming year.” Later, Mr. Gaunt “was the president of the newly organized City National Bank.” Mr. Gaunt also organized the Bank of Commerce during his active years. He established an insurance agency which he operated until 1928.

Sept. 7, 1948: The Johnson City Press-Chronicle carried sad news about a polio outbreak in Sneedville. With a dateline of Sneedville, readers learned “Schools here were closed indefinitely today as the outgrowth of two infantile paralysis cases within a week, one of them fatal.” The article continued, “The fatality was three-year-old Taylor Hopkins, who died at General Hospital in Knoxville Saturday. Another Sneedville victim, Charles Seal, was admitted to General Hospital on Sunday.”

Territory” was at the Sevier Theatre on Spring Street in downtown Johnson City.

Sept. 7, 1962: “Thunder Road” and “Swingin’ Along” were showing at the Tri-City Drive-In Movie on the Kingsport Highway.

Sept. 7, 1971: The Press-Chronicle reported, “Noah Johnson, Greene Valley Subdivision, reported to city police the theft of an 8-track stereo tape player from his car. The unit was taken sometime Sunday night from the car parked in the Memorial Hospital parking lot, and was valued at $80.”

Sept. 7, 1990: The Kingsport Times-News reported, “District Attorney General David Crockett said Thursday the case involving rape allegations made by a Washington County woman against a Johnson City police officer has become ‘much more complex and complicated’ than was expected.” The story continued, “’There is some evidence to support the allegations of this woman,’ Crockett said. ‘There is also, in my opinion, substantial evidence indicating that much of what she said simply does not square with other factual information that’s available.’”

Sept. 7, 2008: With a dateline of Kingsport, the Johnson City Press featured a story about Kingsport attorney Burkett McInturff, who was still practicing law at the age of 90. Mr. McInturff had practiced for 60 years. He still used the “same $10 second-hand desk he bought on April 13, 1948, the day he opened the Broad Street law office.”

Sept. 7, 2012: In an editorial, the Press urged readers to have their pets vaccinated and spayed or neutered. “Rabies is most commonly found in raccoons, skunks, bats and foxes” and vaccines against the fatal disease are the law for dogs and cats. “And having your dog or cat spayed or neutered is a true sign of both affection and responsibility.”